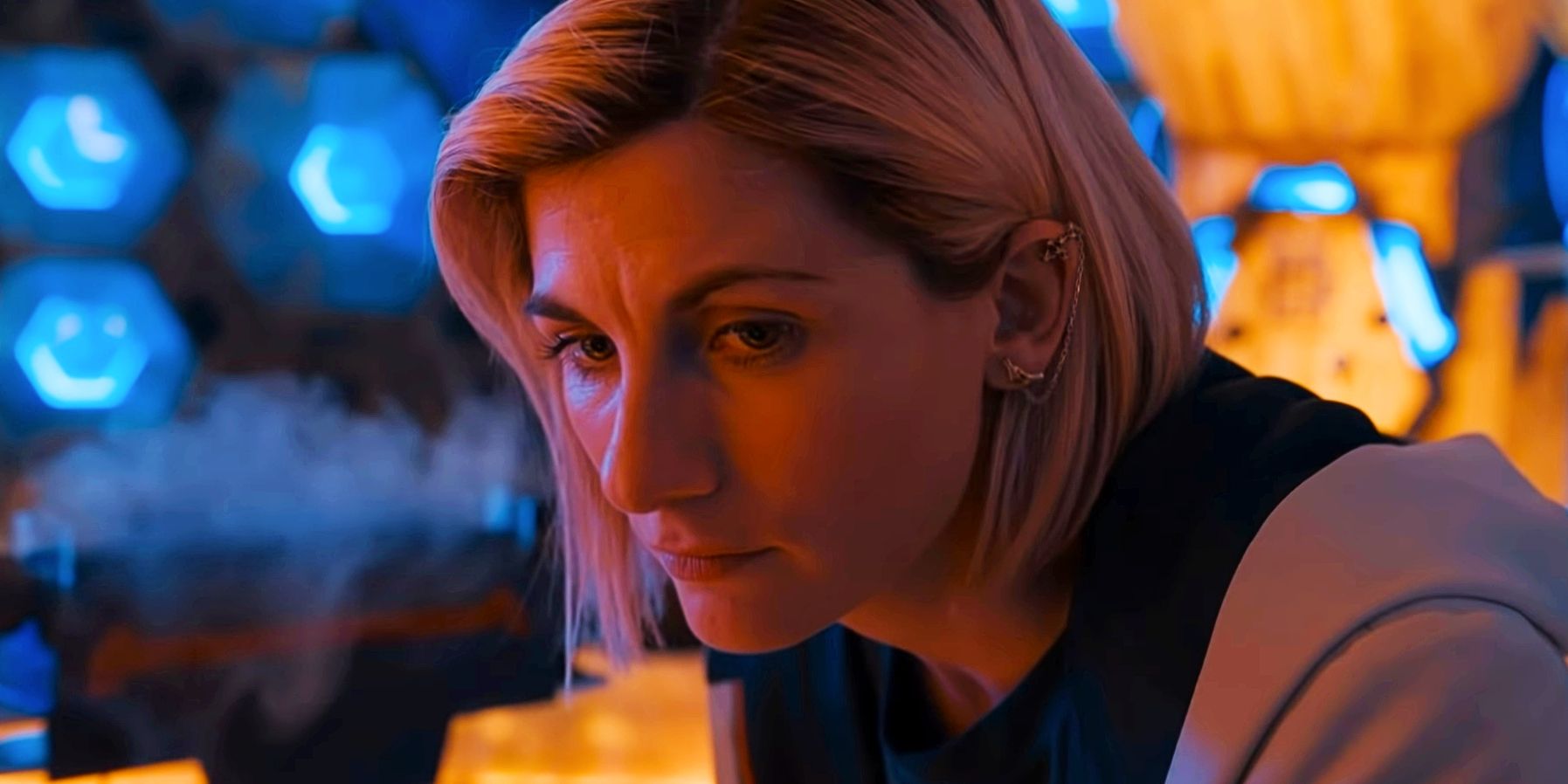 At long last, we’ve finally got the title for the Doctor Who centenary special, which the BBC is airing in October. The episode will be the swan song for Jodie Whittaker‘s incarnation of the Doctor as she bows out the Thirteenth Incarnation. Currently, the BBC have kept things largely under wraps about the episode, including the airdate. One of the BBC higher-ups did confirm that the BBC would air the special in October. But, an exact date is currently unknown. However, thankfully, Doctor Who Magazine exclusively revealed the title of the special in their most recent issue. It will be called The Power of the Doctor!

As mentioned, the Doctor Who centenary special will feature Whittaker regenerating out of the Thirteenth Doctor and into a new incarnation. However, unlike previous regeneration episodes, she may not regenerate into the Fourteenth Doctor. Currently, we know that one of the previous Doctors, David Tennant, is returning to the show to play an unknown incarnation of the Doctor. Tennant starred as the much-loved Tenth incarnation of the Time Lord, and it’s unclear what capacity he will return in. Some fans have speculated that he may play a short-lived Fourteenth Doctor, with the next Doctor, Ncuti Gatwa, actually playing the Fifteenth Doctor. Additionally, others have stated that maybe Tennant will still be the Tenth Doctor, but from a different timeline. Who knows?! 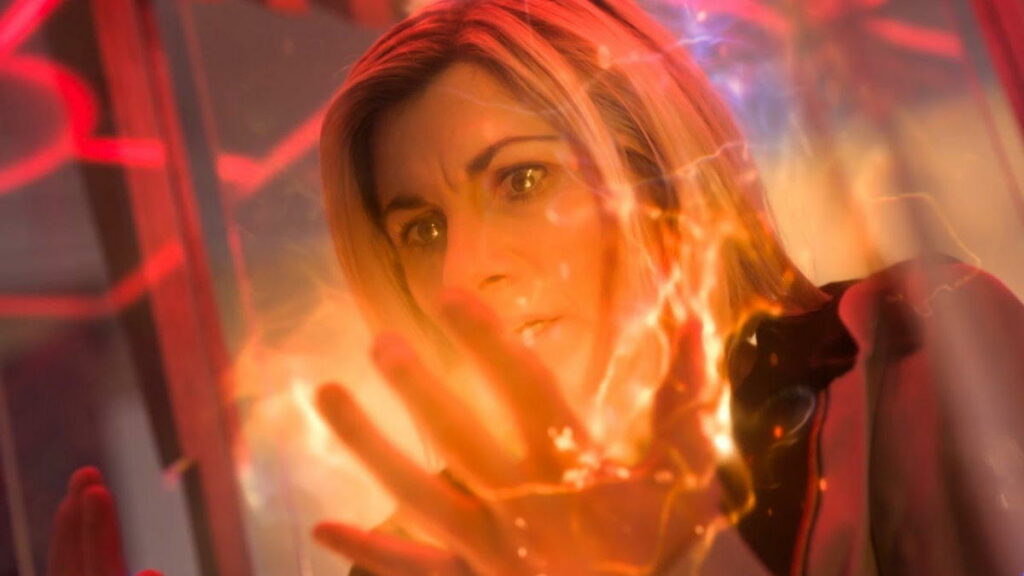 The Power of the Doctor will also be the final special in the 2022 trilogy. At New Year’s, we got the first episode, Eve of the Daleks, which featured the Doctor’s greatest enemies in a time-loop episode. Around Easter, the BBC aired Legend of the Sea Devils, showing the Doctor battle an enemy from the Classic series for the first time in the reboot. Chris Chibnall wrote the Doctor Who centenary special like the other specials. Additionally, Jamie Magnus Stone is set to direct The Power of the Doctor.

This title is one that long-term fans will recognise. In 2013, Matt Smith‘s Eleventh incarnation regenerated into Peter Capaldi‘s Twelfth Doctor in The Time of the Doctor. Before this, the 50th anniversary special was titled The Day of the Doctor, which featured Smith and Tennant working together for the first time. This episode also gave us a full look at the previously-unknown War Doctor, who the late John Hurt played. Additionally, the episode directly before this was called The Name of the Doctor, which was the finale for season 7. It revealed some of the mysterious origins of Jenna Coleman‘s character, Clara Oswald.

However, the Doctor Who centenary special’s title also references an even older episode. Namely, The Power of the Daleks from season 4 of the classic series, which aired way back in 1966. Similarly to The Power of the Doctor, this episode saw a new Doctor in the form of Patrick Troughton’s Second Doctor. However, the actual regeneration sequence occurred in the previous episode with William Hartnell’s First Doctor in The Tenth Planet. 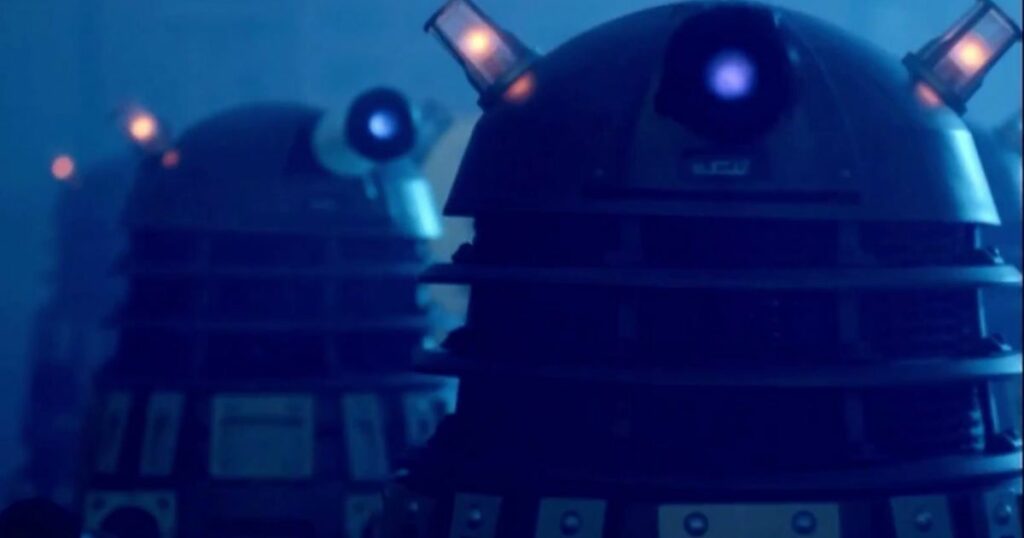 Either way, this is certainly an interesting title to go for! We already know that the Daleks and some other enemies are returning for the Doctor Who centenary special. This includes the Cybermen, particularly Ashad the Lone Cyberman, and the Master. Additionally, some of the Doctor’s most-beloved companions are returning on-screen for the first time. Currently, this includes Sophie Aldred’s Ace and Janet Fielding’s Tegan Jovanka, both of whom appeared in the Classic show’s run.

There are also rumors that we’ll see other faces from the show’s history. Apparently, Bonnie Langford’s Mel and Katy Manning’s Jo Grant will both return. There’s even speculation that William Russell might make an appearance as Ian Chesterton, one of the show’s very first companions! Clearly, the Doctor Who centenary special has a lot going on.

That’s not it for Who content, though. The Doctor Who centenary special will celebrate 100 years of the BBC, but the show will get its own anniversary special in 2023. In November 2023, the BBC will air the Doctor Who 60th anniversary special, featuring Tennant’s return. He’ll be joined by fan-favourite companion Donna Noble, who Catherine Tate plays, and Neil Patrick Harris, who will be an unknown enemy of the Doctor.

If that weren’t enough, Ncuti Gatwa would step into the role of the Time Lord at some point. It’s unclear if this will be during the Doctor Who centenary special. However, Gatwa will be the first Black actor to play the Doctor in a lead role. Previously, we saw Jo Martin play the Fugitive Doctor, although she was only in the role for a few brief appearances.

You can catch The Power of the Doctor in October, exclusively on BBC One.

Andor’s First Reactions Are Out And Flooding The Internet
Captain America: New World Order Director Reveals That The Film Will Dive Into Sam Wilson’s Leadership Abilities