The History of the Far Cry Series - Comic Years

Home » GAMING » The History of the Far Cry Series

The History of the Far Cry Series 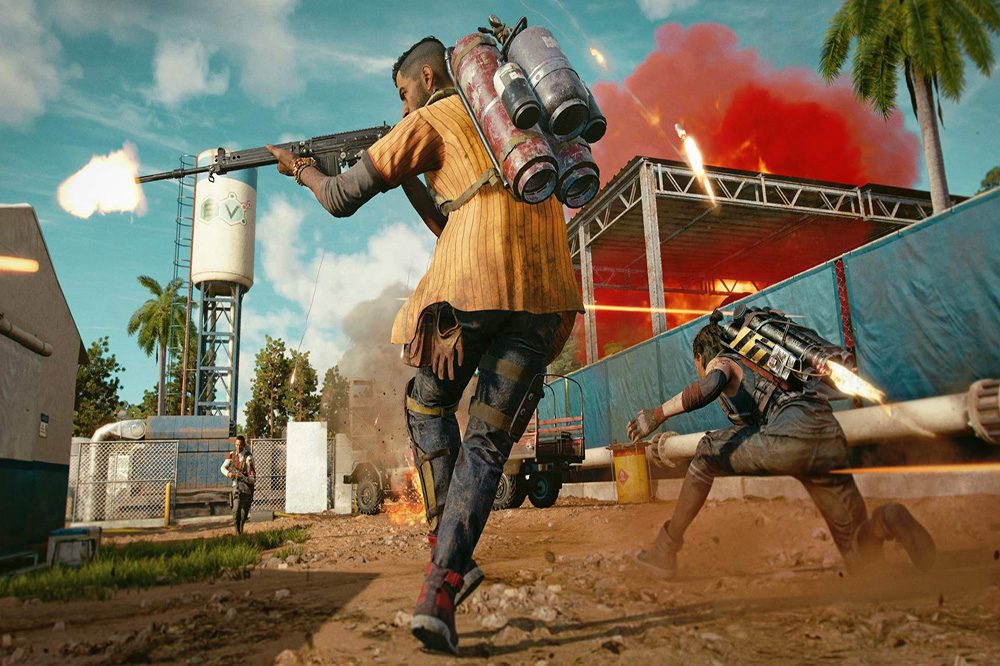 There are a lot of things to criticize about AAA franchises in gaming. While some start to phone it in over the years, others try to improve time in and time out. I’d argue a great example of the latter is the Far Cry franchise. With the new title in the series, Far Cry 6, Ubisoft looks to be all-in on this title improving every element of past entries. With that in mind, let’s explore the history of the Far Cry series. Personally, I’ve played this series since it came to consoles in 2005. Thank you, Blockbuster, for allowing me to rent this game I certainly had no business playing at 10 years old. Enough about me, let’s talk all things Far Cry beginnings and bright futures.

The Beginnings of The Far Cry Series 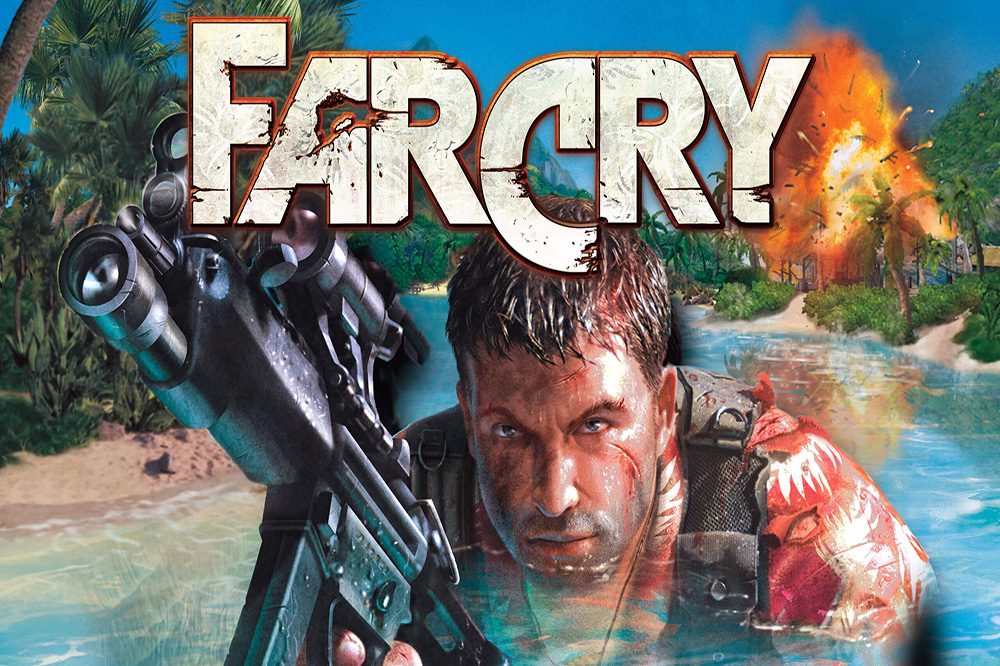 The very first Far Cry game didn’t actually come from Ubisoft. If you remember our history of the Crysis series article, then you might know where the game started. When German Studio Crytek wanted to show off its new CryEngine game software, it started with a new game. The title, Far Cry, showed off the engine’s ability to render realistic environments in many different ways. At the time, the engine specialized in outdoor spaces. We think of Unreal Engine 5 today as groundbreaking and revolutionary. Back in 1999, CryEngine did the same.

At E3 1999, a game called X-Isle: Dinosaur Island wowed fans and attendees. CryEngine showed off dinosaurs, tropical environments, and the future of graphics in gaming. It really made a mark in the industry, securing the attention of NVIDIA. The company would ship all NVIDIA cards with X-Isle as a benchmark test. At the time, if you could run CryEngine, then you had a killer PC setup. Another company, Ubisoft, liked what it saw too. Instead of the specs, it sought publishing rights to X-Isle. The publisher wanted to make a full AAA game out of the concept.

In 2004, the company launched Far Cry for PC. The relationship between Crytek and Ubisoft spoiled however when the latter sought a deal with EA to work on a new franchise: Crysis. Despite this, Ubisoft worked on two console ports of the first game in the series. Far Cry Instincts released on Xbox and Far Cry Vengeance released on the Wii. At this point, Ubisoft knew it wanted to expand the series. They acquired the full rights to the series from Crytek as well as the CryEngine used for the first game.

A Sequel and Expanding Franchise 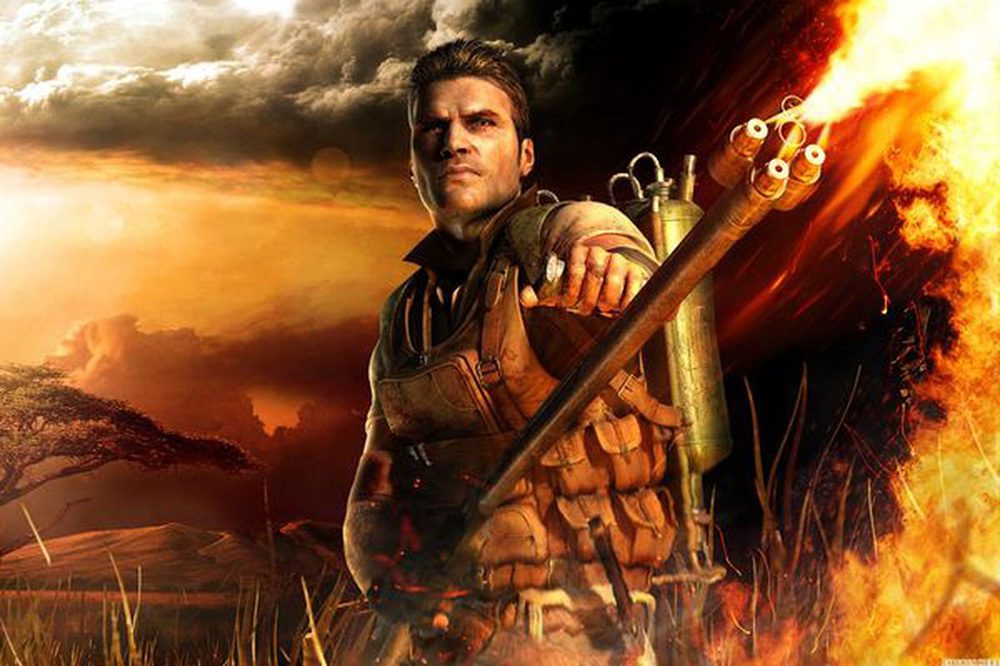 In 2007, Ubisoft announced Far Cry 2. This time, the publisher would use the Dunia Engine, a modified version of CryEngine. This allowed for environments to not only look better on consoles but include realistic physics. You could essentially destroy environments now as well as look at them. The sequel would also utilize more AI characters than the first one. Trading in the tropical islands for Africa, the game also introduced a fictional country in which a civil war tore the people apart. Sound familiar, Far Cry 6 fans?

October 2008 brought the release of Far Cry 2, immediately praised by fans and critics. The game sold 2.9 million units in a year. Dynamic variables in the game, such as catching malaria or the ever-changing environmental hazards, enhanced the game greatly. While the success of Far Cry 2 was certainly welcome, the game didn’t have much of a say in the history or future of the franchise. When the sequel released, work on Far Cry 3 was already underway. Pre-production planned for a return to the tropics but with Far Cry 2‘s expanded gameplay and world. The game would aim to look like an open-world experience without necessarily being a full-on RPG-type game. The Dunia Engine 2 provided a system in which the game could exist. The power increases meant dynamic weather systems and more AI characters.

Far Cry 3 and the New Ideology of the Series 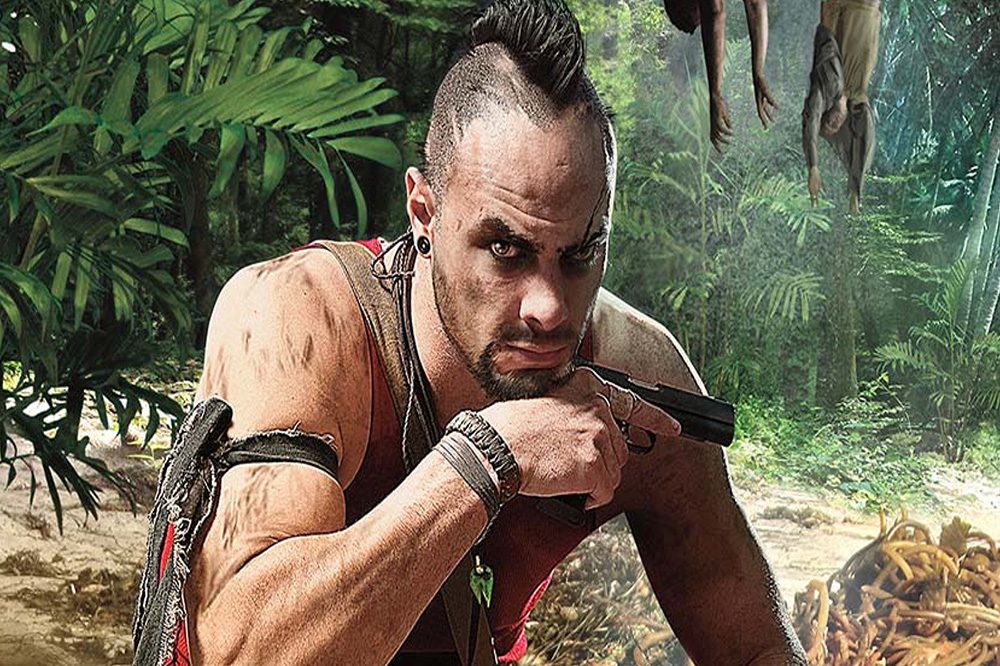 The history of the Far Cry series changes with Far Cry 3. When the game released in 2012, the series felt expanded and adapted for the future. Many of the things we know and love about the franchise started in this entry. Clearly, Ubisoft stuck with the overall gameplay model and format because it worked viscerally and financially. The game sold 10 million units in two years and grew the fan base exponentially.

One thing that started in Far Cry 3 was the use of new environments to explore similar themes across titles. A great example is the game’s use of the fictional Rook Islands. While this provided enough variation from past locales, these islands added a new aspect to a familiar format. It’s not unlike the other major single-player Ubisoft franchise, Assassin’s Creed.

Another commonality introduced in Far Cry 3 is the role of the main villain figure. The pirate Vaas Montenegro played a central role in the marketing for the game as well as the game itself. It started a trend of great villains that returns in Far Cry 6 with Giancarlo Esposito. Aside from villains, the third entry in the series kickstarted a new format to explore the world and narrative of Far Cry titles.

Every game after 3 consists of a chaotic in-game world. These places feature numerous enemies all over the place, as well as some friendly AI characters who assist you. On top of combat, you’re trained in each game to use other mechanics to survive, such as crafting or hunting.

Far Cry 3 is also the first time we see the use of a side-series game. In May 3013, Far Cry 3: Blood Dragon came true after an April Fools’ Day joke sparked a real interest. It’s essentially a love letter to the 1980s and its over-the-top culture. Jokes aside, the history of the Far Cry series changed when Blood Dragon sold over 1 million units. That opened Ubisoft’s eyes to side-series treatments in future games. Far Cry Primal in 2016 and Far Cry New Dawn in 2019 followed this format.

The Recent History of the Far Cry Series 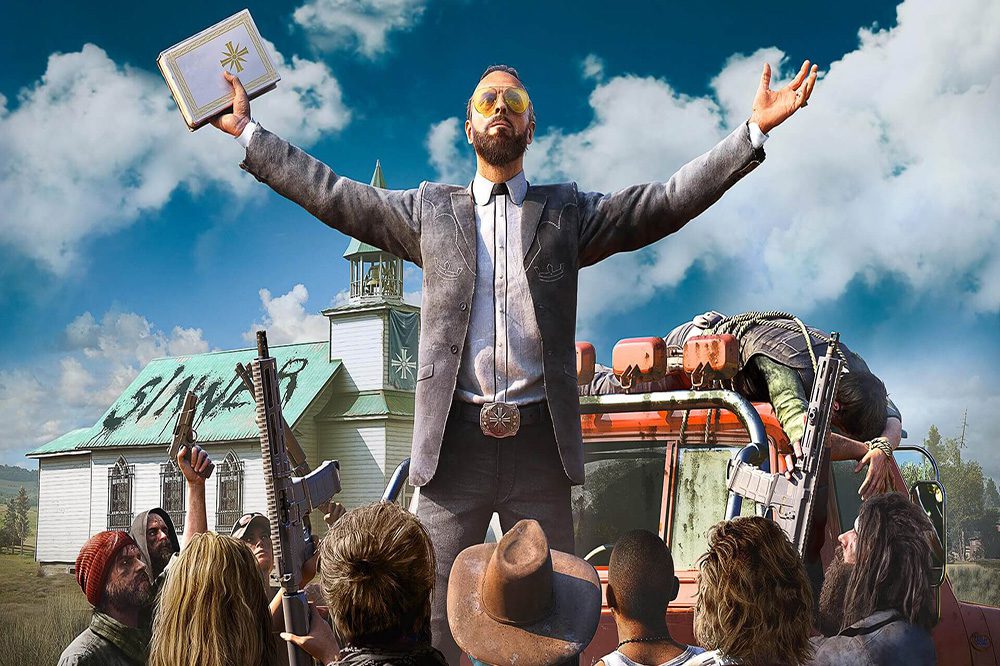 In 2014, players traveled to Kyrat, a fictional Himalayan country, to overthrow a king in Far Cry 4. The game introduced new components, like kicking enemies and hiding corpses to stay out of sight. The introduction of animals also played a fun role in gameplay. This concept later got prehistoric treatment in Far Cry Primal, the side-series title for 4. Fun fact if you haven’t played Primal: it’s a damn good game. Okay, maybe that’s not a fun fact, but it’s true!

Next up in 2018, “The Father” Joseph Seed and his cult compound played host to players in Far Cry 5. This title might be my favorite in the franchise so far. The doomsday ideologies held by enemies made everyone, even casual AI enemies, feel petrifying. An increase in melee weapons made the game feel a lot more high-stakes thanks to close combat scenarios.

The “Resistance Meter” mechanic also helped transfer smaller mission progress into a larger effort to overthrow regions of the Montana compound. The return of a recruitment system also made it fun to see the tides turn in your playthrough. As you encountered and turned more members of the cult, you crept closer to ending Seed’s reign of terror.

The newest entry in the series, Far Cry 6, will make history for being the first next-gen entry in the franchise. As previously mentioned, we’ll head to facist-led Yara, a Cuban-like island run by Anton Castillo, played by Giancarlo Esposito. The game is set to release on October 7, 2021. The date isn’t actually the first one Ubisoft announced. Earlier this year, a Far Cry 6 delay represented a trend and response in gaming to the COVID-19 pandemic. 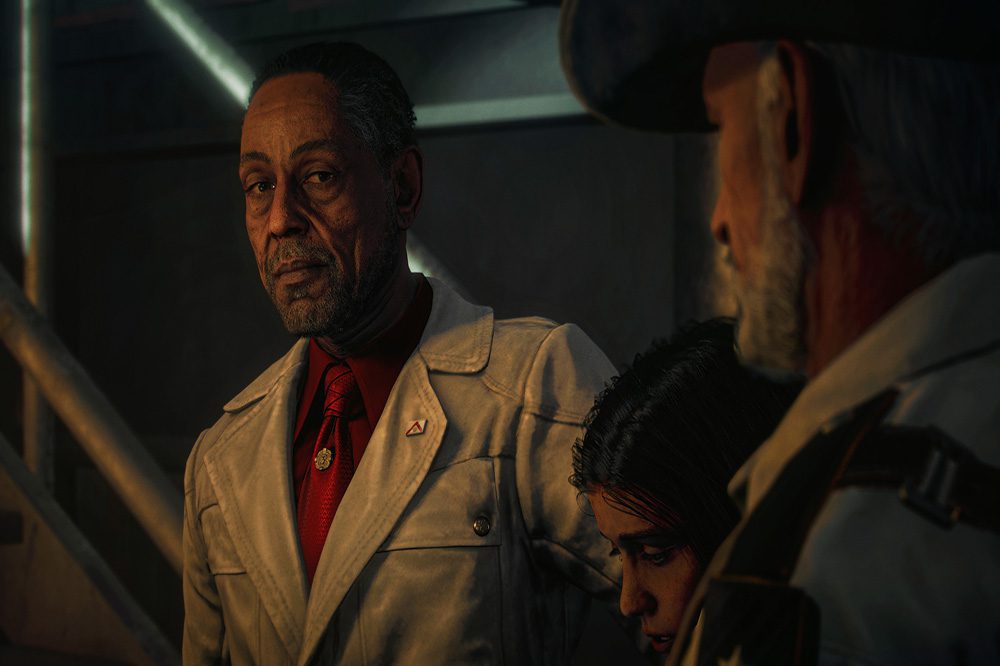 With the likes of Call of Duty Vanguard and Halo Infinite releasing this Fall, I’m left with a question. Where does Far Cry rank in the history of the best series and franchises of recent years? I’ll make my argument and leave the rest to you in the comments.

The pending release of Far Cry 6 leaves me thinking Ubisoft sees this series as a main player for the publisher now and in the future. The scale is larger, the guest villain is a real beloved actor, and the gameplay looks tremendous. I would argue that Far Cry is about as big-budget as it gets in AAA gaming for 2021. There’s a gameplay and fan base side to this as well. For example, this series doesn’t necessarily have the mainstream appeal that titles like Call of Duty have. That said, I’ve had more fun in Far Cry campaigns than I have in Call of Duty campaigns. Except for Call of Duty 4: Modern Warfare, I’d argue most games after Far Cry 4 are as good at storytelling if not better than Call of Duty.

The gameplay itself is great too. Far Cry 5 felt so expansive and familiar at the same time. It leaves me wanting so much from the next game that releases in a few weeks. Does it top Assassin’s Creed as an all-time franchise? Maybe not for me, but you might disagree. Where do you see Far Cry fitting into the best series of all time? If you have a hot take, then drop in in the comments. Cold takes are welcome too.

Thanks for reading up on this history of the Far Cry series piece. What game should I tackle next? Let me know that below as well. Keep reading Comic Years for all things gaming, comics, and pop culture.