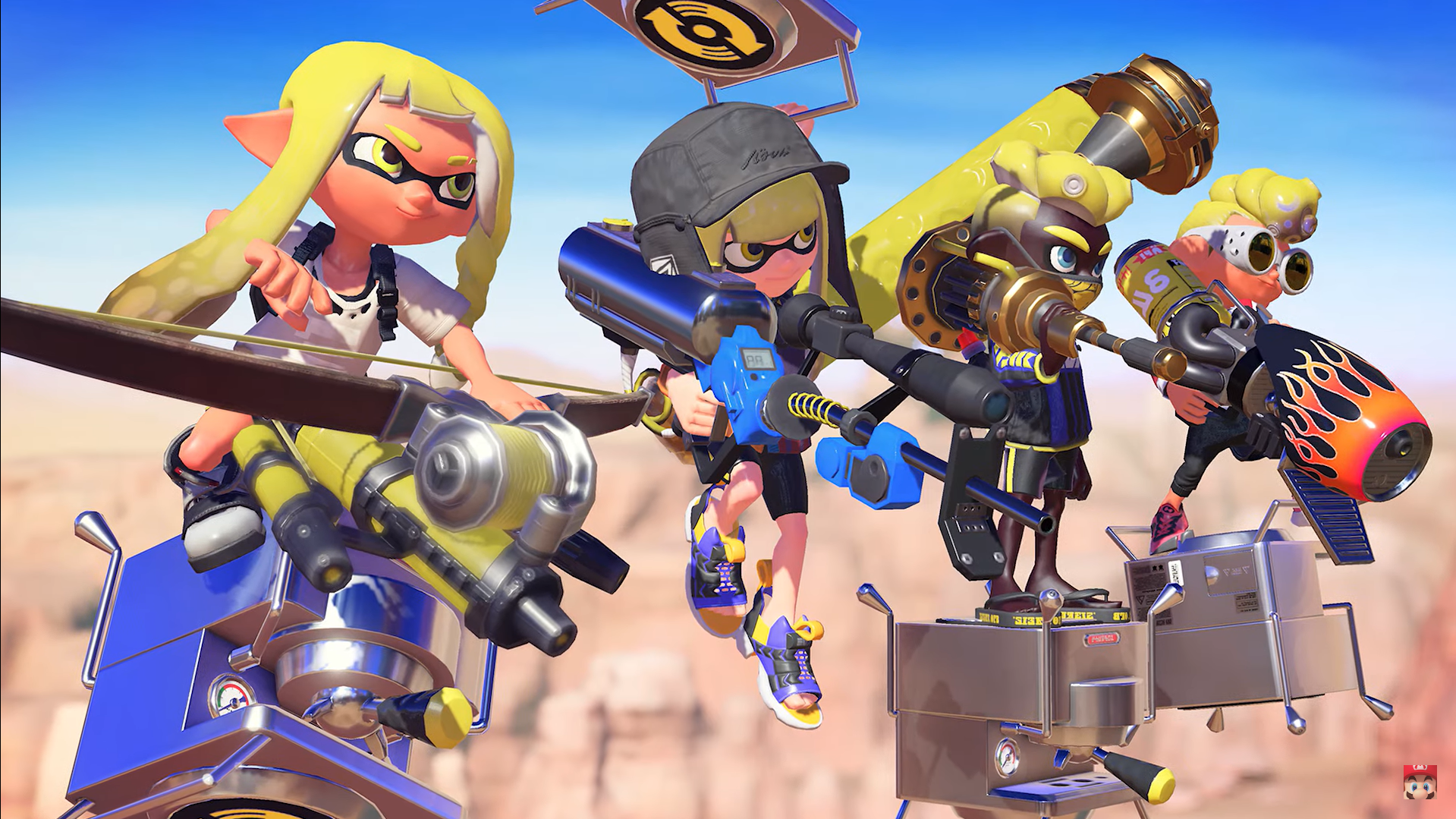 Nintendo Switch users have been spoiled with new releases. Only in June, 49 new titles hit the console. But, we might be near the release of one of the most expected titles. Nintendo Direct just showed a sneak peek into Splatoon 3 video game.

Whew! Did you catch the #Splatoon3 Direct? No need to reply if your cerebellum is still soaking in all the science. But if your alarm failed you (and our intern failed us), don't panic. You can watch the whole thing here!https://t.co/dc2G0kggxJ pic.twitter.com/qdKS0K3jTu

It comes as nice news after revealing the game’s release date. We can expect the Splatoon 3 video game to come out on the 9th of September. And, it’s also interesting after Nintendo made clear its thoughts on making sequels.

The game will let you enter the Splatlands. You’ll have to travel a desert inhabited by dangerous foes. The Splatoon 3 video game will be full of adrenaline and perils. But, players also get new moves and abilities to help themselves.

Not only that, but the Splatfest will be available for free. Let’s find out what we should expect from the game and event!

Splatfest returning with a twist for players

Splatfest is the most popular multiplayer event in the series. It sets players against each other in teams. But, this time, it’ll change things up a little. Traditionally, players split into two teams, based on a thematic.

Sure, players will be able to experience that classic gameplay again. But, the new Splatfest will add spice with the Tricolor Turf War. The new Splatoon 3 video game mode will pit players in a 3-team battle. They’ll take the rock, paper, and scissors roles.

The Splatfest will split into two halves.

The first half goes as usual. Players will go into teams of four. They’ll compete against other teams with similar rosters. But, the second half will pit players in 4vs2vs2 matches. The best teams from the first half will have to defend themselves.

Big news, the #Splatoon3: Splatfest World Premiere demo is on the way!

The Splatoon 3 video game Splatfest will take place on the 27th of August. And, players will have free access to the demo two days earlier. That’ll give people a chance to practice and get ready for the challenge.

However, the Splatfest isn’t everything new coming with the release. The third entry in the series brings a bucketload of new content. It was all teased during the Nintendo Direct. So, let’s look at what you can expect for the Splatoon 3 video game.

First, we have weapons. All the weapons you know will come back in the third installment. But, you’ll also get a couple of additions. First, there’s a bow-like gun that fires spread shots. There’s also a windshield wiper sword that shoots ink waves.

You can charge both weapons for a more powerful shot.

Special weapons also make an appearance. You can earn them during the battle. And, they bring different effects that will change the dynamic of your fights.

The Splatoon 3 video game also brings four new locations to host your battles. It also brings several maps from other previous titles. At launch, the game will have 12 stages. But, more will come post-launch.

Users will also get a bunch of styles for their characters. The game is filled with masks, hats, shirts, jackets, and shoes. You can also set win emotes, player tags, and more.

How to participate in the Splatoon 3: Splatfest for free

All you need to do is head over to the first link I mentioned in the intro. There, you can pre-order the game demo for the 25th. You’ll have two days to practice for the Splatfest.

All you need is an internet connection and a membership with Nintendo Switch Online. Downloading the demo grants you a 7-day free trial for the service. You just need to activate the free trial and choose your team to start playing the exciting new Splatoon 3 video game!

The demo comes with the Splatfest Mode, 26 weapons, and the Test Range. But, you can only partake in the Splatfest during the two halves. The first half starts on the 27th between 9 AM and 3 PM PT. The second half happens on the same day, between 3 PM and 9 PM PT.

Preview some Gameplay below and let us know your thoughts!