Who Is Ant-Man - The King of the Quantum Realm

Who Is Ant-Man – The King of the Quantum Realm 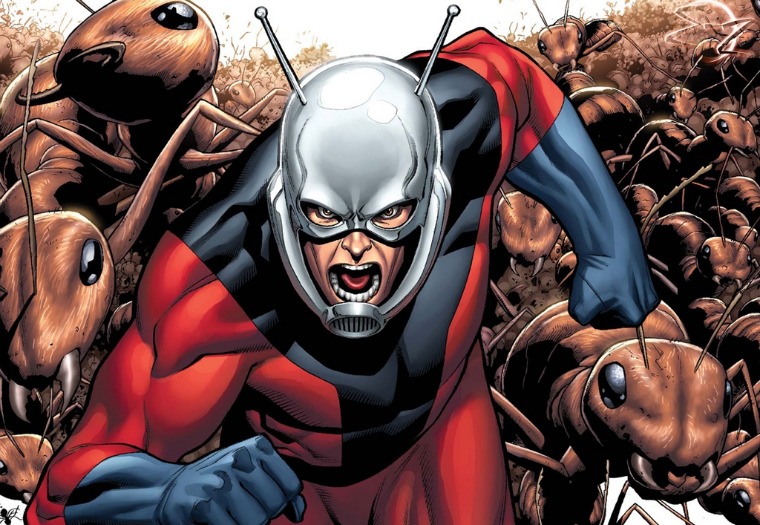 Today we will learn more about who is Ant-Man (Scott Lang), one of the Marvel Comics superheroes who gained a lot of popularity thanks to the MCU. This superhero has appeared in several movies, including two as the main character.

Scott Lang has stood out in the Marvel Cinematic Universe films since 2015 when he debuted played by Paul Rudd. In 2016, he participated in Captain America: Civil War. In 2018 he appeared in Ant-Man and The Wasp, and in 2019, he came out in Avengers: Endgame. Finally, in February 2023, we will have the opportunity to see him again on the big screen in Ant-Man and the Wasp: Quantumania.

David Michelinie and John Byrne created the character of Ant-Man. The first time this appeared was in 1979, in The Avengers #181 and Marvel Premier #47, representing the second superhero character to use the name Ant-Man in the Marvel Universe.

He is a reformed criminal, and his specialty is electronics. He was part of the Avengers team, becoming one of the most prominent characters in the FF comic series. In 2015 he was the main character in the Ant-Man series.

From Criminal to Superhero 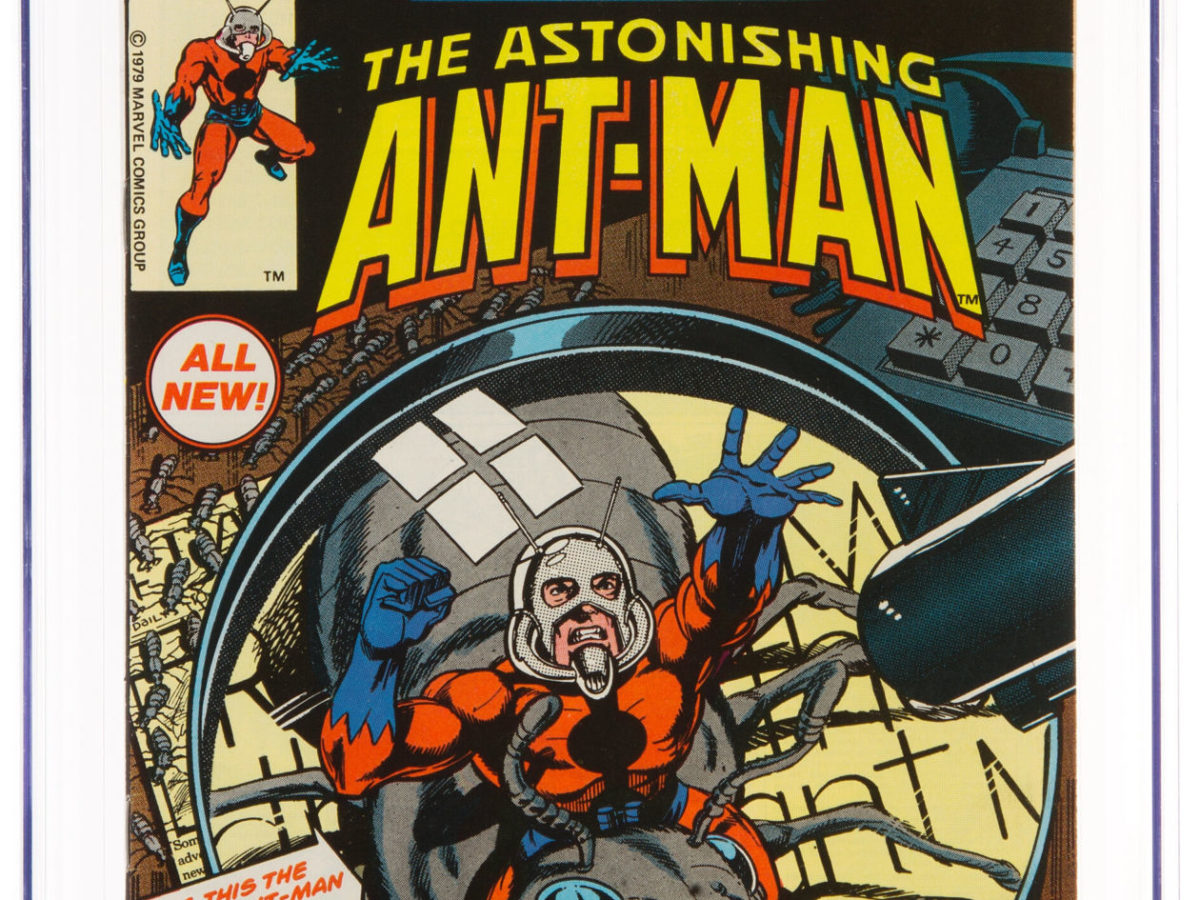 Scott Edwards Harris Lang is an American born in Coral Gables, Florida. Since childhood, he has been a fan of movies. When it was time for him to go to college, he chose electrical engineering.

When his career did not continue to generate enough excitement in his life, he became a lawbreaker and began to commit crimes. Although he initially claimed that his actions were focused on providing a livelihood for his family, he later confessed that this was not the case.

His criminal actions landed him in prison, where he served four years. While in prison, he had the opportunity to expand his knowledge of electronics.

Stark International soon hired him to work in the design department. Here he was under the direction of Tony Stark and was the one who helped install a sophisticated security system in the Avengers’ mansion.

The Illness of his Daughter Cassie Lane

The fact of the serious illness to which his daughter Cassie was subjected again rocked Scott’s world. In his despair, he sought out Dr. Erica Sondheim, the only person capable of helping her. But, when he was trying to communicate, Dr. Sondheim was forcibly taken to Cross Technology Enterprises at the exact moment.

This led him to steal again. This time it was Ant-Man’s suit to get her out. For him, it was his last resort. Scott breaks into Dr. Henry Pym’s house and steals the suit and the reduction of gas cans.

In the Ant-Man suit, Lang forces his way into Cross Enterprises and discovers that Darren Cross is holding Sondheim. In a heroic act, he rescues the doctor from Cross’ clutches, and she manages to save her beloved daughter Cassie.

Aware of what happened, she tried to hand the stolen Ant-Man suit to Pym and turn herself in to serve a sentence for theft. This did not happen, Pym knew the circumstances that led Lang to perform this act and knew the use he had given to the stolen goods, so he offered to leave them to him, provided he would use them for good and to uphold the law. 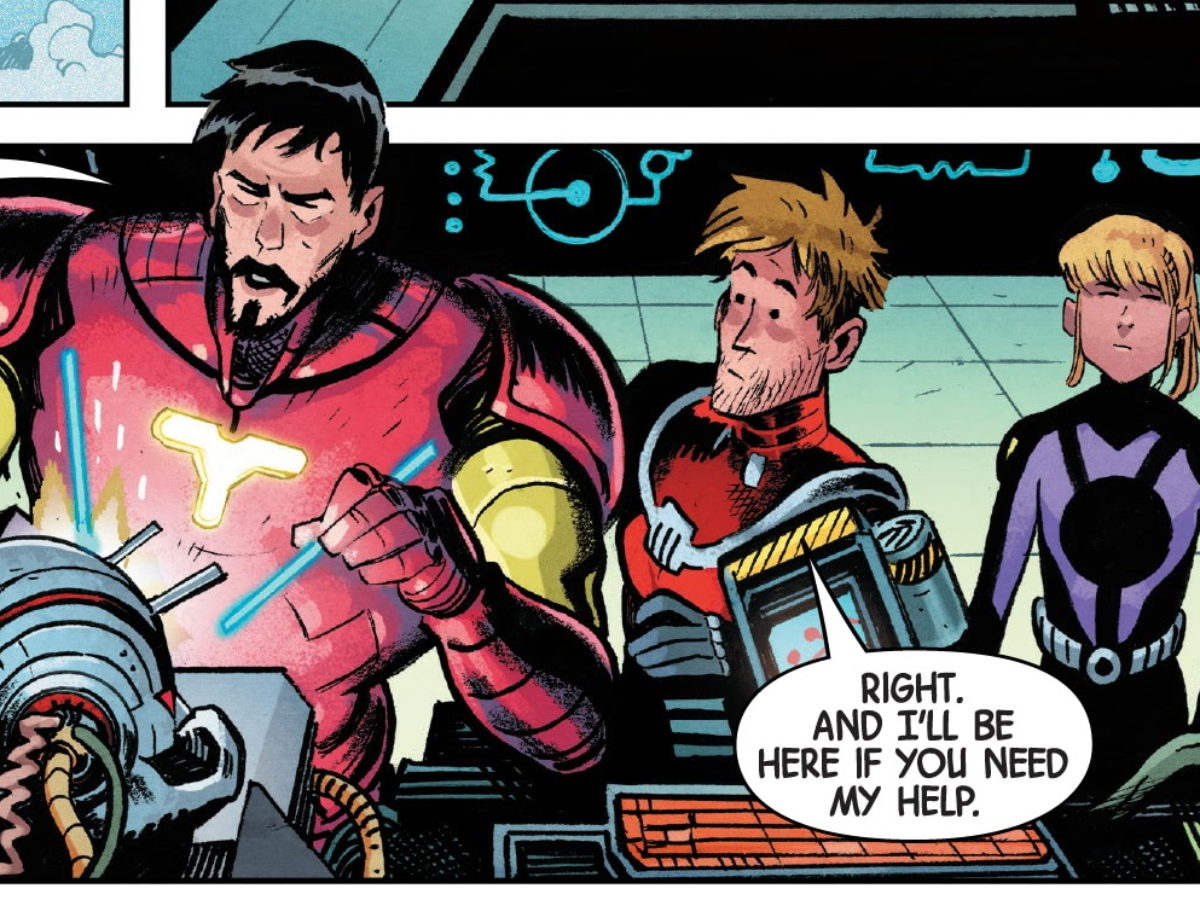 Subsequently, there were several occasions when Lang used the Ant-Man suit, mainly to help Iron Man and the Avengers. When Iron Man was trapped in the armor by a system overload, Scott came to his rescue.

He also helped Pym, formerly known as Yellowjacket, rescue the Wasp (Janet Van Dyne), who Dr. Parnell Solomon had captured. At the side of the Avengers, he performed several feats. First, he fought against Taskmaster, then he faced Odd John’s mutated insects, and in the meantime, he encountered the Biotron of the Micronauts.

With Spider-Man, he again fought Taskmaster, this time for trying to impersonate Pym and use his growth capsules on one of the ants to generate a surprise tactic. Then, he tried to stop the Raiders at a Dallas Electronic Engineers convention.

Later, the GARD computer security system malfunctioned, and he confronted it. Similarly, he helped Iron Man and Jim Rhodes against Macero, who is known in the Fantastic Four. With them, he had the opportunity to travel for the first time to a “micro-world,” fighting alongside the Mole in the battle against its inhabitants.

During the Armor Wars story arc, Scott served as an instrument for Iron Man to discover who possessed copies of his technology. He also helped the Avengers infiltrate Taskmaster’s supporters’ training facility, fighting Taskmaster alongside Hawkeye.

Scott Lang has demonstrated many feats while wearing the Ant-Man suit. He has helped many superheroes and stopped several dangerous villains who have always tried to put the world in check. 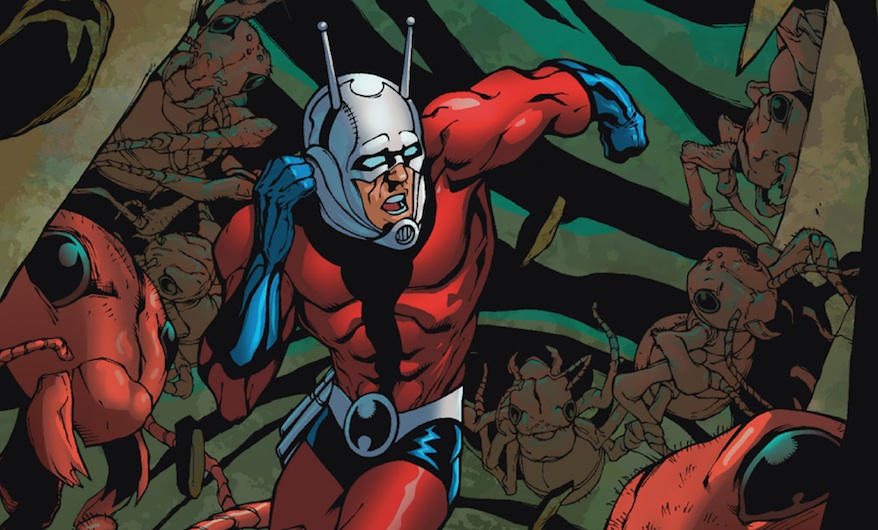 The event in Avengers Mansion ends the life of Scott Lang. The events occur when Jack of Hearts reappears in a zombified state in the mansion’s gardens. To stop him, Scott runs toward Jack, causing him to explode, destroying much of the mansion, and killing Scott.

It is thought that this Jack may have been some evil work of the Scarlet Witch, some apparition, rather than the real Jack of Hearts. This began the crisis of the disunited Avengers.

Scott’s daughter, Cassie Lang, later takes the name Stature as a member of the Young Avengers, having taken enough of Pym’s particles over the years to shrink and grow automatically whenever she wishes.

Thanks to Iron Lad, Scott’s death never happened. This was accomplished during the events of the Avengers: The Children’s Crusade limited series. This character, Irod Lad, takes the Young Avengers back in time to the past, for which Scarlet Witch is amnesiac.

They were specifically moved to the day that the Avengers Disunited events began. Although Iron Lad had guaranteed that they could not interact, Scott was embraced by his daughter, leading him away from the zombified Jack of Hearts, who is revealed to be the real Jack, but under the evil control of the disturbed Scarlet Witch.

With Jack’s explosion, the Scarlet Witch retrieves his memories, bringing him back to the present day, which necessarily includes bringing Scott back. As Scott realized that his daughter had followed in his footsteps, he was extremely proud.

In the final days of Secret Wars, Ant-Man is recovering an artifact belonging to the Asgardians. He delivers it to Mary Morgan, specifically in a contract bridge game. There, a whole adventure is unleashed. Ant-Man’s main power is to shrink, which he achieves thanks to a gaseous form in compartments in his belt. He calls these “Pym particles.”

In the beginning, Ant-Man could shrink himself, other people, and objects to a tiny size similar to ants. When he shrunk, he could then return to normal. But, with practice, he has managed to change the size of his volition.

This power also allows him to shrink to the size of a microscope, allowing him to enter many “sub-atomic universes.” This, of course, gives him many advantages over other superheroes.

He also wears a cybernetic case, which allows him to communicate telepathically with insects. In addition, it is equipped with a sound amplifier so that humans can hear without difficulty. The case also has a Plexiglas face shield and a limited air supply.

Among his skills, Lang is noted for his extensive knowledge of electronics. Subsequently, in prison, he underwent advanced training.

This knowledge has enabled Lang to improve Ant-Man’s suit as he sees fit. He installed the Pym gas dispenser not where it was originally located, on the belt, but on the helmet. Likewise, he has been able to place an electronic disruptor for offensive purposes in his helmet. 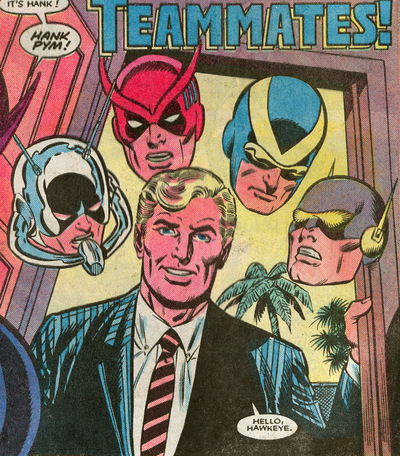 Several have assumed the character of Ant-Man over time, and most have been members of the team of The Avengers.

Henry Pym is considered the original Ant-Man. This doctor with extensive experience in biophysics becomes a superhero after the unfortunate loss of his beloved wife, Maria Trovaya, in a murder by the secret police. That fact led him to fight against injustice.

Eric O’Grady is currently considered the new hero who takes the identity of Ant-Man. A former S.H.I.E.L.D member, he stole the suit for his own personal and selfish plans. But, this eventually changes; therefore, in his last stage, he is seen joining the Secret Avengers, dying heroically to defend a child against a villain.

Ant-Man’s appearances have been varied. We will tell you what we know so far. 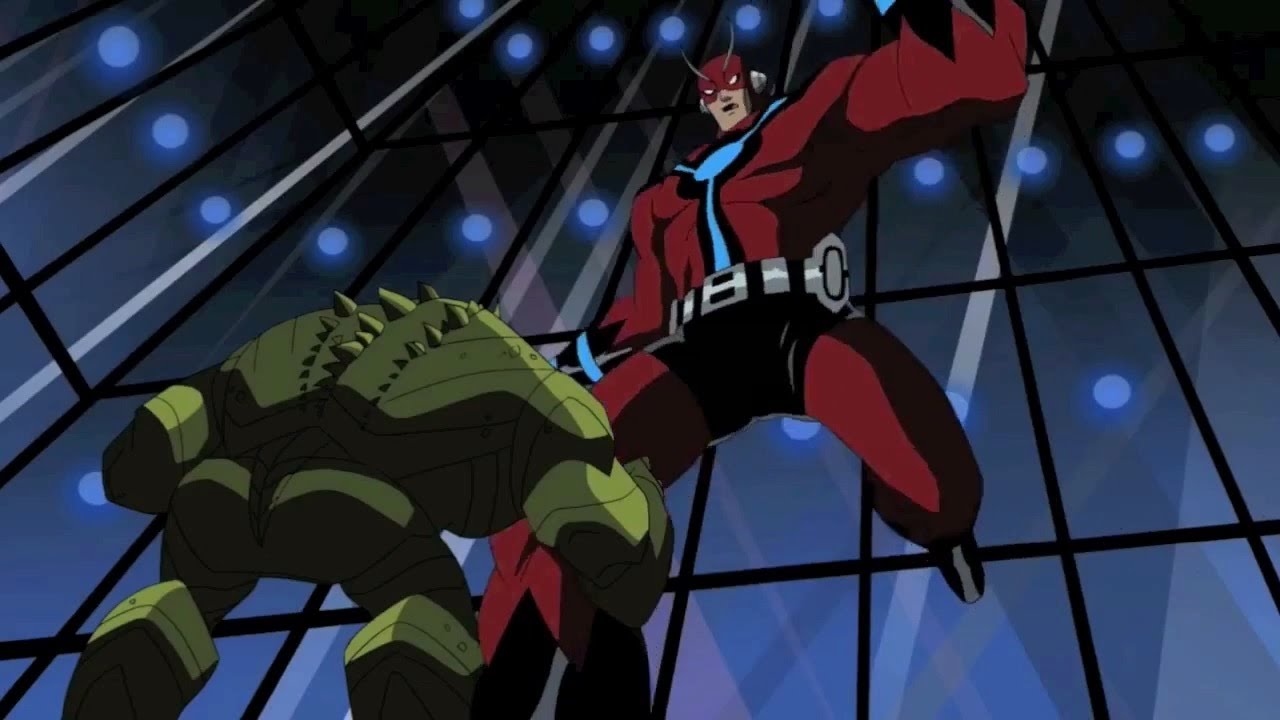 We can appreciate Ant-Man in the second season of The Avengers: Earth’s Mightiest Heroes, where Crispin Freeman places the voice. Specifically, in the episode Who Stole Ant-Man, Lang disguised himself as a janitor to steal the suit from Pym.

Similarly, he appears as a bank robber and uses his skills to rescue his daughter from some mobsters. In that case, he received help from Iron Fist, Hank Pym, and Luke Cage. So later, Pym leaves the suit to Lang and becomes the new Ant-Man. Also, he comes out at the end of Avengers Assemble, helping the heroes to defeat the heralds of Galactus.

In Avengers Assemble, Lang appears as Ant-Man in seasons 1 and 2. The voice is Grant George, and in Avengers: Secret Wars, the voice is Josh Keaton. In episode 23, called A Small Thing, of the first season, the character appears as a secondary and science-oriented character of Dr. Henry Pym.

Lang also appears in the second season, episode 16, Tiny Heroes, to help Iron Man’s team and is officially revealed as Lang in episode 19, The New Kid. In the third season, Avengers: Ultron Revolution, he leaves the team to work alone.

Some of Ant-Man’s accomplishments in this series are:

In video games, the character of Ant-Man appears such as:

One of the Most Relevant Avengers

Ant-Man and The Wasp: Quantumania is scheduled to hit the big screen this November 2023, the third film in the saga. This success shows that the franchise has been a box-office success and was very well-received by the fans.

Part of the cast will include Michael Douglas, Evangeline Lilly, and Michelle Pfeiffer. In addition, Bill Murray, Jonathan Majors, and William Jackson Harper will join the cast. Actor Paul Rudd currently plays the character of Ant-Man.

Marvel
Who Is Wiccan? One Of The Most Powerful Magicians In The Marvel Universe
Marvel
Who Is Doctor Doom: A Multifaceted Supervillain
COMICSMarvel
Who Is Red Hulk? General Thaddeus E. “Thunderbolt” Ross
Marvel
Who Is Kang The Conqueror: A Menace Throughout Time
Marvel
Star Wars Visions Comic Resurrects Old Character
Marvel
Red Goblin Has A New Guest In Dark Web, The New Upcoming Marvel Comics Issue