The Leslie Grace Batgirl Costume Has Made Its Debut - Comic Years

Home » Movies » The Leslie Grace Batgirl Costume Has Made Its Debut, But Is It Comics Accurate? 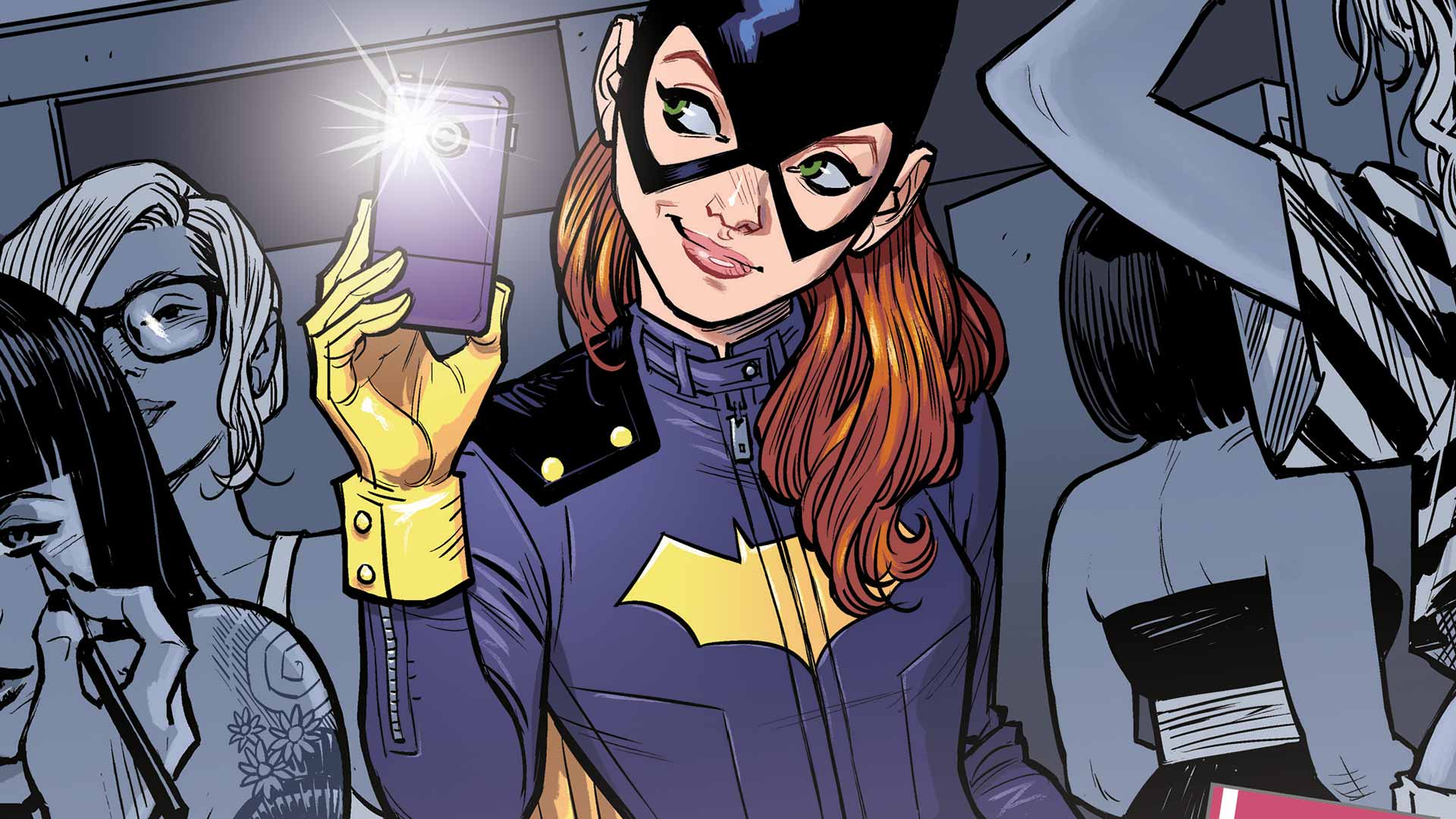 Costumes can make or break a character. This is even more true when it comes to comic book adaptations. Everything can be perfect, from the mannerisms to the dialogue, but that outfit is the first connection we make to the source material. The Leslie Grace Batgirl costume has made its debut online ahead of the upcoming HBO Max film, and it’s leaving us with a lot of thoughts about the film’s potential.

Batgirl, the upcoming DC Comics adaptation, is heading to HBO Max in 2022. It will follow the character of Barbara Gordon, a.k.a. Batgirl, and will take place within the DC Extended Universe. Little is known about the plot, but some of the film’s cast gives us an idea about what to expect.

Leslie Grace stars as Batgirl, the daughter of Gotham City’s police commissioner, James Gordon (played by J.K. Simmons.) The film’s villain will be Firefly, a sociopath obsessed with fire-starting. He will be played by Brendan Fraser, who seems to be in the middle of a Brendanaissance.

And what is a Bat film without a Batman? Michael Keaton will be returning to the role of Bruce Wayne to make sure that this film gets the hype it deserves. The lead actress, best known for her music career and role in 2021’s In The Heights, introduced the world to her costume for the film in an Instagram post. Her caption reveals some of the fun personality and butt-kicking that we can expect from Barbara:

I use their expectations against them,” Grace captioned the Instagram image. “That will be their weakness. Not mine. Let them all underestimate me…And when their guard is down, and their pride is rising, let me kick their butts. – Batgirl, Year One

The Leslie Grace batgirl costume features a shiny blue suit with gold detailing, including the iconic Batgirl mask. Check it out! 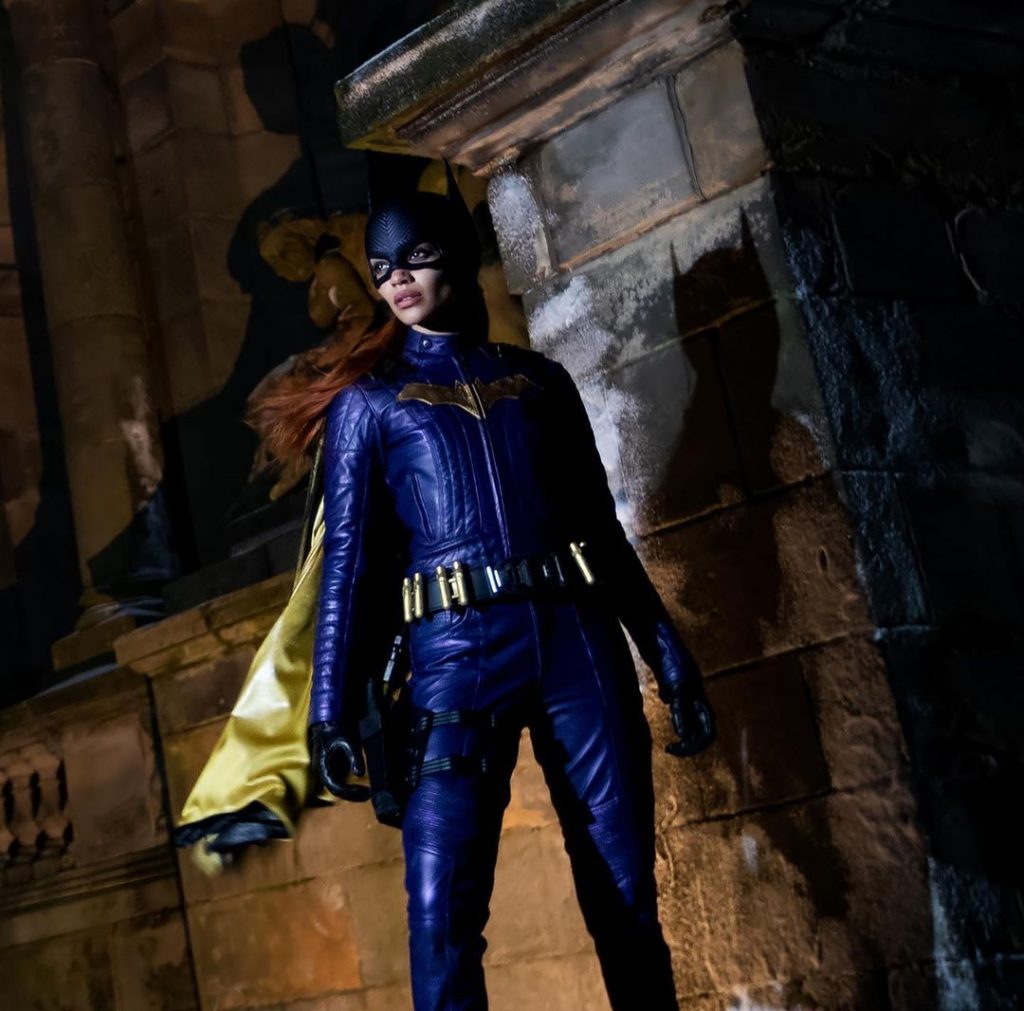 Is the Leslie Grace Batgirl Costume a Faithful Adaptation?

A made-for-cinema costume can be the coolest thing in the world, but if it’s not comic accurate, then we’re sure to see some angry fans. Fortunately for HBO Max, the Leslie Grace Batgirl costume might be a winner. It looks like it’s been torn off the pages for the on-screen adaptation. From the cape to the hair, we could be looking at an edition of The Batgirl of Burnside. The only significant difference is the gloves, which are now black instead of the comics-accurate yellow.

The character’s outfit has made a few minor changes throughout the years, but even the most recent comics feature a similar look to Barbara’s debut. Gordon replaced Betty Kane’s Batgirl in 1967 in Detective Comics #359, thanks to Gardner Fox and Carmine Infantino.

More recently, Barbara Gordon has been seen in the streets of Gotham in Infinite Frontier: Batgirls. 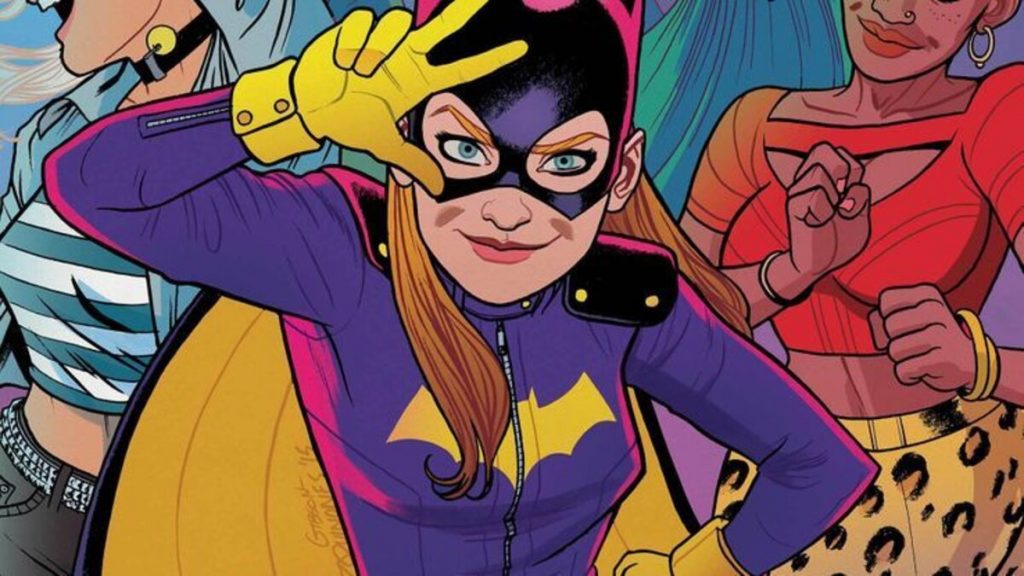 Batgirl, directed by Adil El Arbi and Bilall Fallah, will be heading directly to HBO Max. The online-only arrival of such a highly anticipated superhero movie seems like an odd choice, especially given that it’s not one that was decided by the COVID-19 pandemic. However, after the impressive HBO Max streaming numbers for Zack Snyder’s Justice League, we aren’t surprised that the streamer is trying to encourage DC fans to subscribe.

Zack Snyder’s Justice League saw 3.7 million US households watch the film within the first 39 days of its virtual release, which was considered a success for the platform. Meanwhile, the theatrical cut of Justice League was considered a box office bomb upon its release in 2017, failing to meet its break-even point of $750 million. The decision to release on the streamer could make a difference in the perceived success of the film.

The arrival of the Leslie Grace Batgirl costume photos (bat)signals that more marketing is heading our way. Could a trailer for the film be next? We sure hope so.

You Can Stream Batgirl on HBO Max Sometime in 2022

Batgirl does not currently have a release date aside from being confirmed to drop in 2022. We’re sure that it won’t want to compete with The Batman’s March 4th release date, even with different release strategies. DC will also be dropping other live-action films later in the year, including Black Adam on July 29h, The Flash on November 4th, and Aquaman and The Lost Kingdom on December 16th. It’s going to be a packed year for DC, and we’re eager to see where Batgirl finds itself amongst the many release dates.

Readers, what are your thoughts on the Leslie Grace Batgirl costume ahead of its HBO Max premiere? Has it shifted your expectations for the comic adaptation? Drop your thoughts in the comments.