Home » COMICS » X-Men #14: X of Swords Chapter Twelve Answers The Final Piece of the Arakko Puzzle…Or Did It?

X-Men #14: X of Swords Chapter Twelve Answers The Final Piece of the Arakko Puzzle…Or Did It? 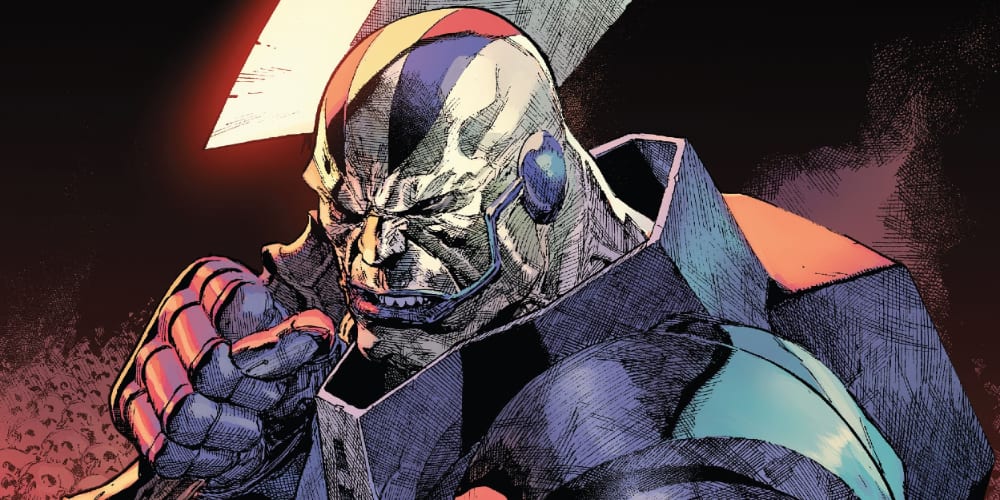 Over the course of X of Swords, we’ve learned more and more about what happened to the mutants of Arakko after Okkara in half—Krakoa being the other half. There are two major questions left, however. Firstly, who held the twilight blade that ripped Okkara in half? And secondly, what happened to Genesis, Apocalypse’s wife, after she ousted him from Arakko and sealed the rift? Well, we finally find out in X-Men #14: X of Swords Chapter Twelve.

From Genesis to Annihilation: How Did Arakko Become Part of the Amenthi Hoard. 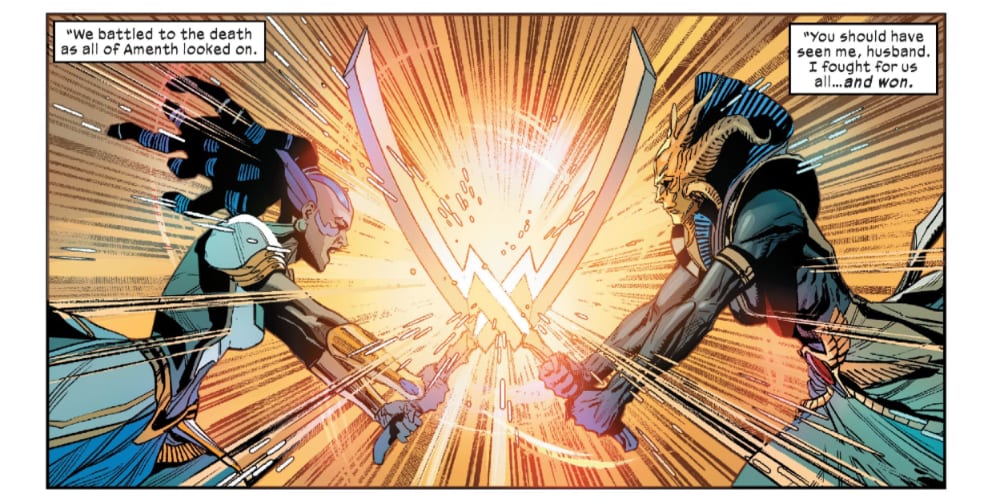 Early in Jonathan Hickman’s X-Men run, he described the Amenthi hoard not as evil, but chaotic. The Amenthi just want to destroy everything. They have no agenda beyond that. However, they are controlled. Whoever wears the Annihilation helm controls the hoard. But there’s a catch, of course. The Helm also controls and drives who wears it. In order to save Arakko, Genesis challenges the current Annihilation. When Genesis wins, she puts on the Helm, and Arakko and Amenth become one.

When Genesis explains this to Apocalypse in X-Men #14: X of Swords Chapter Twelve, he pleads with her to fight the urge to destroy. But she smiles and tells him that no one is that strong. Even worse, since the Annihilation helm wants Krakoa, Genesis wants it too. The Helm has entirely corrupted her.

The Laws of Arakko Presented in X-Men #14: X of Swords Chapter Twelve are Horrifying 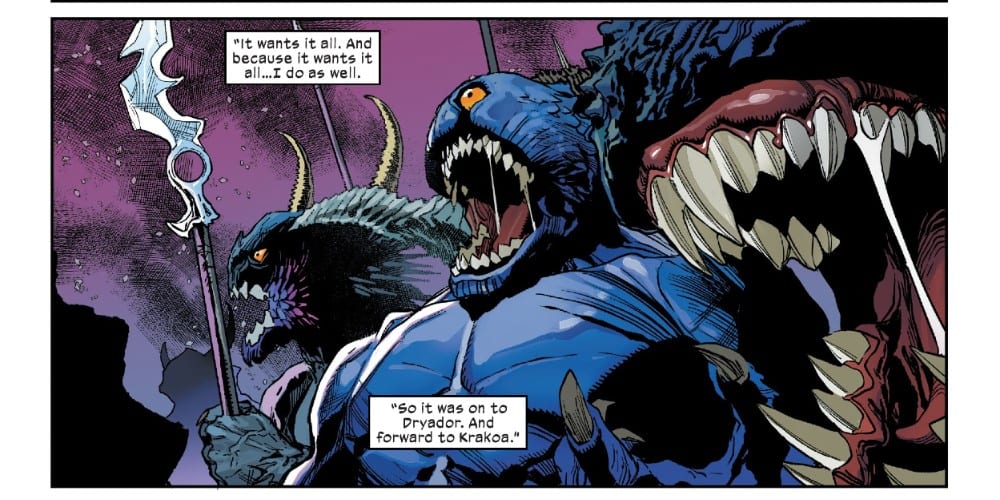 There are three major laws in Krakoa:

Pretty simple, right? Well, as with everything in Arakko, their rules are a twisted version of Krakoa’s. And the implications should terrify the mutants of Krakoa. They are:

Well, that’s just great. Krakoans want to make more mutants to enrich their newfound paradise. Krakoans want to work with the rest of the world, providing life-saving medications to humans across the world. The Arakkii want to destroy everything. And then there’s the “defend this broken land” mandate. Does that mean they will protect Arakko, or is their ultimate goal to protect Krakoa too? Both are pieces of a broken land.

X-Men #14: X of Swords Chapter Twelve Needs to be the Last Flashback Issue 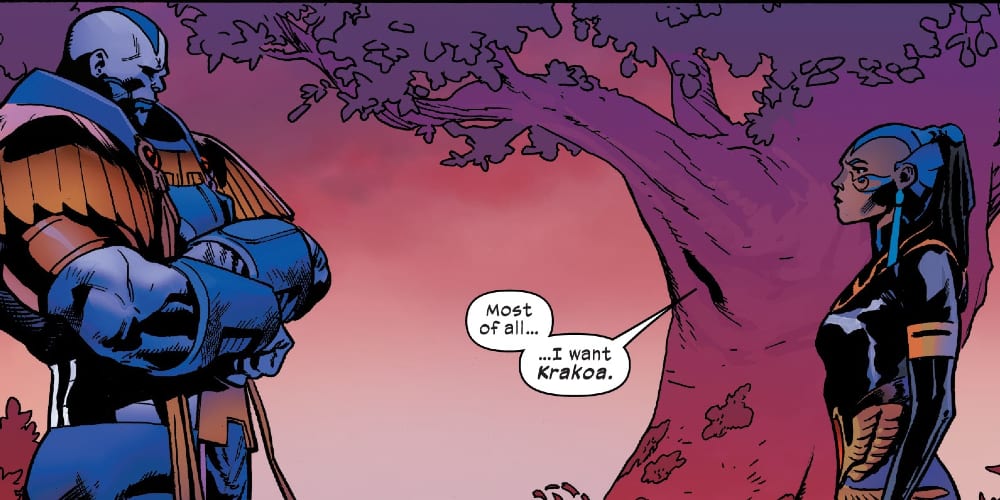 And what I want most of all is some sword fighting. (Image: X-Men #14, Marvel Comics)

I love superhero mythos—and Jonathan Hickman has added layers upon layers to what we know about the X-Men. Ever since House of X and Powers of X, the, I guess you could say, Universe of X has gotten richer and richer. However, we got maybe a bit too much in X of Swords. Many of these flashbacks are beautiful character pieces as well as world-building, and X-Men #14: X of Swords Chapter Twelve is no different. But unless there’s a vital piece of information, like, say, who destroyed Okarra in the first place, then Hickman and company need to get to the main course. Still, though, this is a damn good story.

Marauders #14 is next, but in the meantime, click on Chapter numbers for our recaps/reviews. Likewise, click the Series/Issue numbers for more info on the comic from League of Comic Geeks.