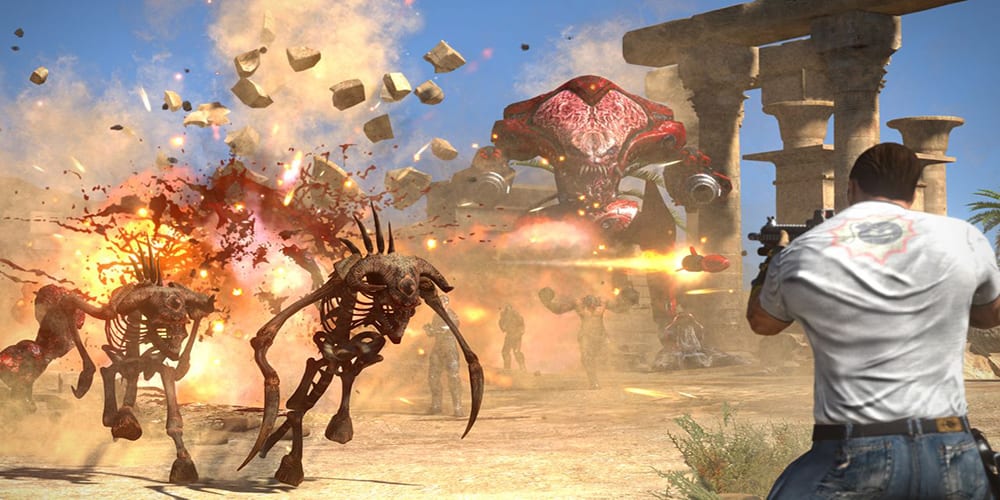 Are there ever books or games you know the name of but can’t say you’ve ever played? For a long time, that was my relationship with the Serious Sam franchise. Debuting back at the turn of the millennium, I essentially grew up tangential to games like Serious Sam but never actually played the series itself. A few years back, I changed that out of sheer curiosity. I think we overlook this period of first-person shooters for one reason or another. Doom sort of kicked off this arcade-style arena shooter and many games attempted to mimic its presentation and failed. Luckily, the team at Croteam got it right. If you missed out on these games like I did for so long, then don’t worry. A new Serious Sam Collection for Switch is coming this month.

Surprise! Serious Sam Collection for Switch is Only Days Away 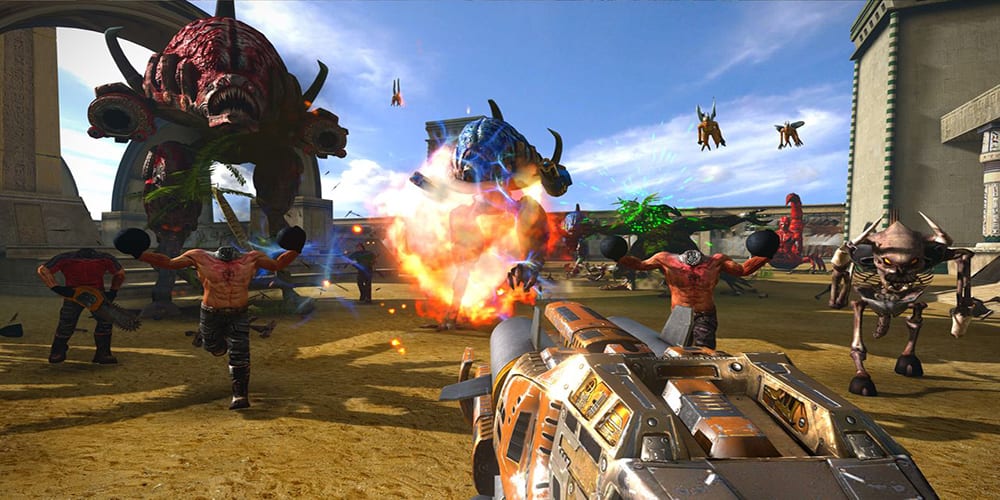 When you think of arena shooters, you likely think of Quake or Doom. Essentially, this style of shooter takes place in 3D environments, feature health and powerups scattered around the map, and hordes of enemies spawn to stop you. I know the specifics of the genre might put Duke Nukem or Red Faction style shooters apart from the likes of Half-Life and Quake, but I’m not all that particular. Serious Sam is very much a first-person shooter from the 2000s. You can see it in the textures, the enemies, and even the silly presentation style. Nevertheless, the games look wonderful at 60FPS, which is what you can experience in the Serious Sam Collection.

Do These Games Include Multiplayer Modes? 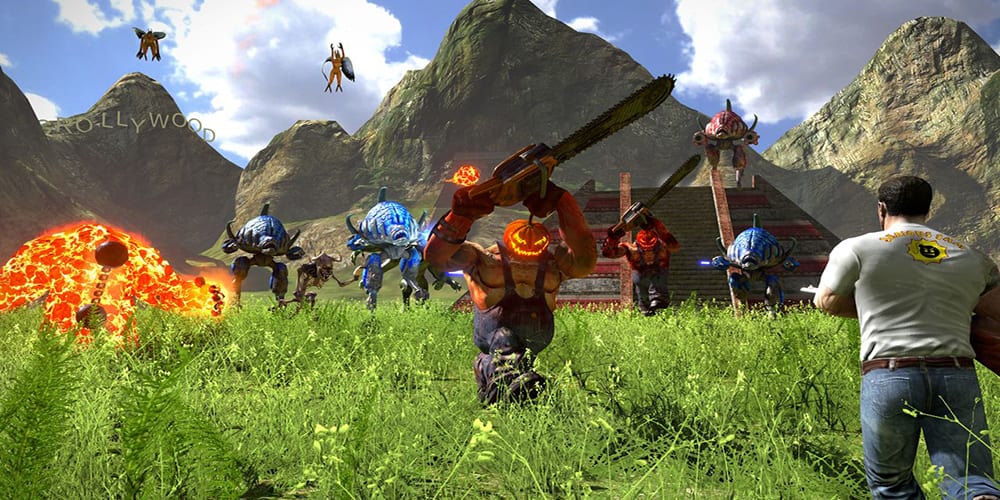 One of the best features of arena-style shooters is the co-op experience. In this collection, you can play through the campaign with up to four players on local co-op. There’s also a stand-alone survival mode that serves much like a Horde or Zombies mode like from Black Ops: Cold War or other popular games. Finally, put your skills to the test against other players in classic multiplayer modes including Deathmatch, Team Deathmatch, Capture the Flag, and more. There doesn’t appear to be an online multiplayer mode for the Serious Sam Collection for Switch, but couch co-op is one of the best features of games like this. I’m glad to see it included.

Are these games the best that early 2000s shooters have to offer? Not necessarily. I’m curious to see if newcomers to the series without nostalgia for the games enjoy them. I think if you like arcade-style shootesr or games like Doom, then you’ll enjoy these titles. Plus, you’re getting three games for a great price. Likewise, these are the HD versions, so you can play them in a better resolution than previously released.

The Serious Sam Collection releases November 17 for $29.99 USD. You can pick it up in the Nintendo eShop. Thanks for reading Comic Years for all things gaming, comics, and pop culture.