Home » COMICS » X-Factor #4: X of Swords Chapter Two Features the Most Tragic Moment in the Dawn of X Era So Far

X-Factor #4: X of Swords Chapter Two Features the Most Tragic Moment in the Dawn of X Era So Far 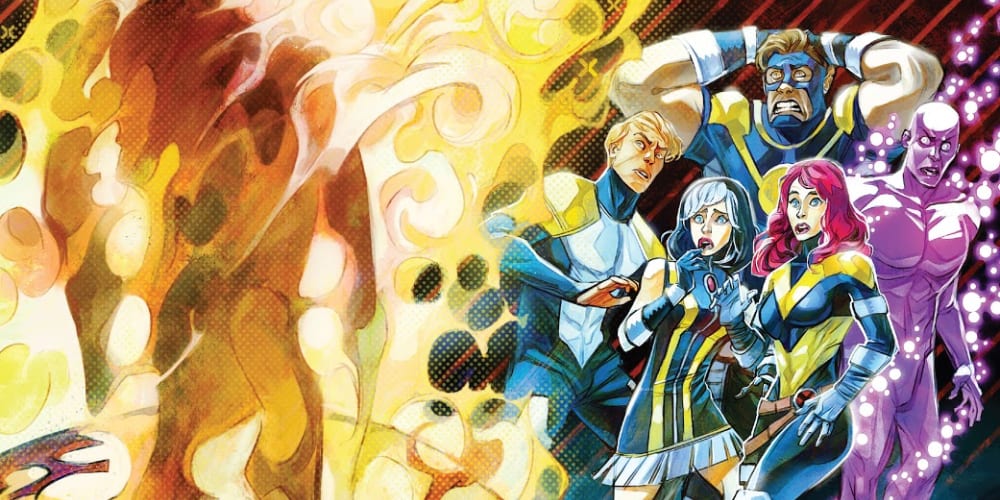 Warning: There will be a lot of spoilers here. So if you haven’t read X of Swords: Creation Chapter One or X-Factor #4, Chapter Two, do that first. And with three more chapters coming out this week…do it now. Throughout the Dawn of X era, which might transition into Twilight of X after this event, Jonathan Hickman and the other X-Writers have truly taken the mutants in new directions. But the character with the most change is En Sabah Nur, Apocalypse. However, there’s a new development that jeopardizes the entire foundation of Krakoa: The Resurrection Protocols. 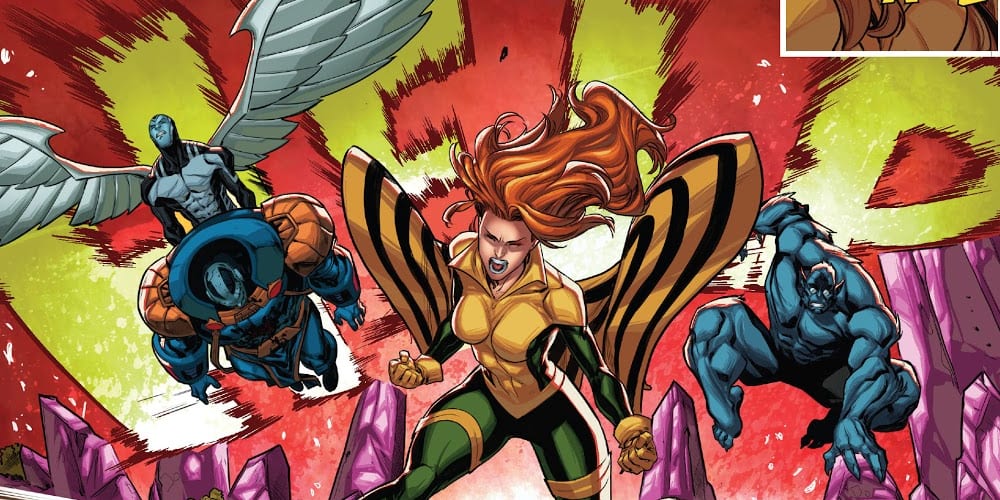 There are very few absolutely perfect panels in comics. But this one, by, Carlos Gomez, is perfection. (Image: X-Factor #4: Chapter Two of X of Swords, Marvel Comics)

Recently, it looked like Kate Pryde would be the first mutant to suffer a permanent death on Krakoa, but in a last-ditch effort, Emma Frost figured out why the Resurrection Protocols kept failing with her. However, her rebirth was a sigh of relief. It was a short-lived one. In X-Factor #4: X of Swords Chapter Two, the X-Men realize that there’s a flaw in the system. Two characters die in just the first few moments of the war with Amenth’s Arakko warriors: Rictor and Rockslide. Summoner actually vivisected Rockslide’s essence.

Rictor dies on Krakoa after succumbing to his injuries. Rockslide died in Otherworld. When Xavier went to finish Rockslide’s resurrection, giving him his memories and psyche back. Rictor came back without any complications, but not Rockslide. In fact, when Xavier went to wake up our rocky hero, the act nearly destroyed the Cerebra “cradle” (Xavier’s helmet) and all the backups. And what came out of the egg was and wasn’t Rockslide. And worse, he could barely hold his form together. But the Rockslide we knew? He’s gone.

How did Rockslide Die a Permanent Death in X-Factor #4: X of Swords Chapter Two? 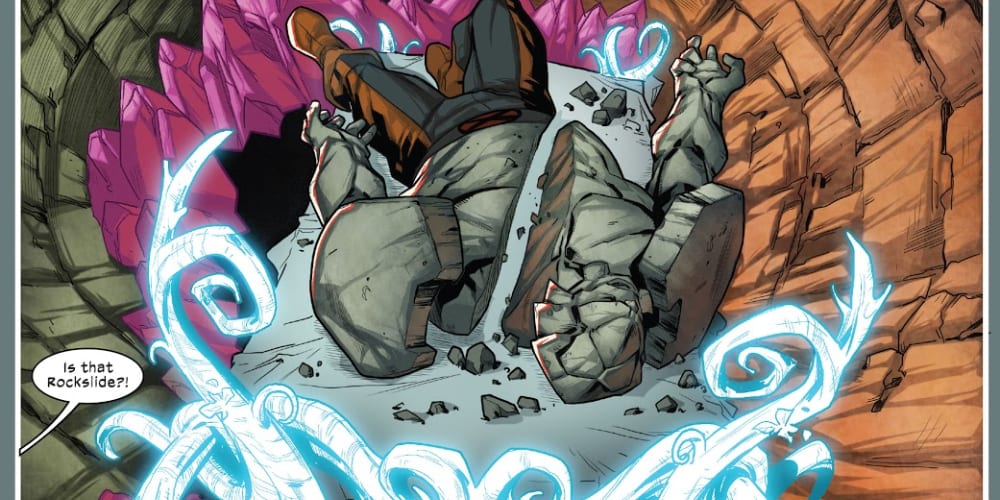 It’s much worse than it looks. (Image: X-Factor #4: Chapter Two of X of Swords, Marvel Comics)

Otherworld is a strange place. Not only is it the source of magic in the Marvel Universe, but it’s also the nexus of all realities. Cerebra is constantly updating the memories and psyches of all mutants on Earth…Earth-616. When mutants go to Otherworld, Cerebra doesn’t just back up the 616 version of them, it backups all versions of them, from all over the multiverse. And then, unknowingly, Xavier tried putting every version of Rockslide into his new body, all at once. Hence the feedback and the five “going offline.”

Rictor didn’t suffer the same fate because he returned to Krakoa before he died, and Cerebra updated the copy of his mind with just the 616 Rictor. However, the feedback did more than just take the Five offline momentarily. All the “husks,” the eggs where mutant bodies develop during the resurrection, were compromised. Elixir had to destroy all of them, forcing Egg to start all over. And now, any mutant who dies in Otherworld will suffer permanent death. And the X-Men are about to fight a war in Otherworld.

Rockslide Will Still Play an Important Role Even Dead 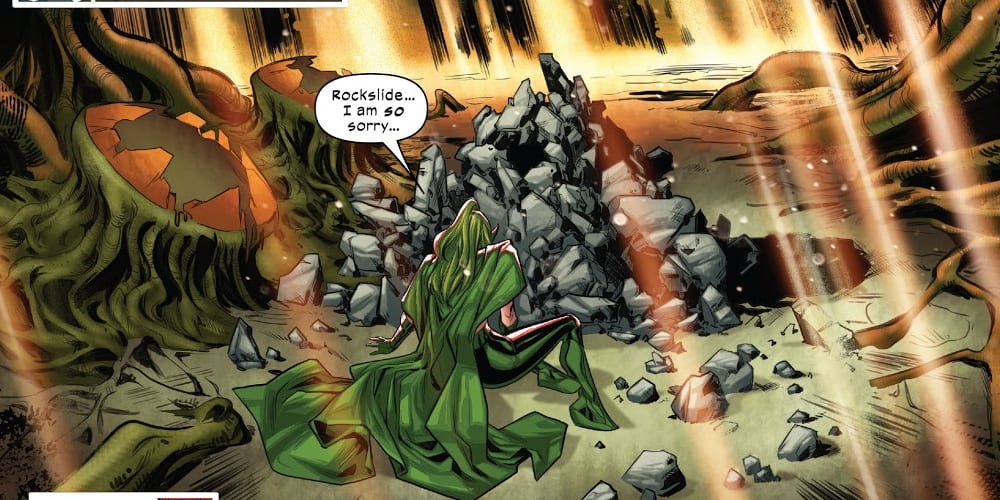 Of all the X-Men who went into Otherworld to save Unus the Untouchable (which they somehow still managed to do), Polaris has the most visceral reaction to Rockslide’s death. She blamed herself for not stopping Summoner’s blade. Saturnyne also imbeds a prophecy in Polaris’s mind that no psychic can read. When Polaris finally figures it out, she takes Rockslide’s remains, as the corrupted version of him couldn’t hold form, and creates a monument. However, the monument is also where the ten sword bearers will gather when they find their respective swords. Magik quickly takes her spot, standing on a circle designated for her.

We still have twenty chapters left in X of Swords, but by the end of X-Factor #4: Chapter Two, you’ll feel like you’ve already read an entire event. 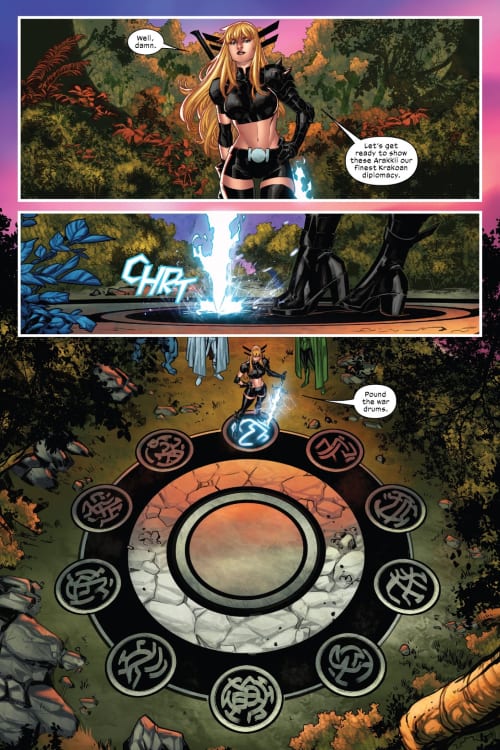 Anyone else getting some Highlander vibes? (Image: X-Factor #4: Chapter Two of X of Swords, Marvel Comics)