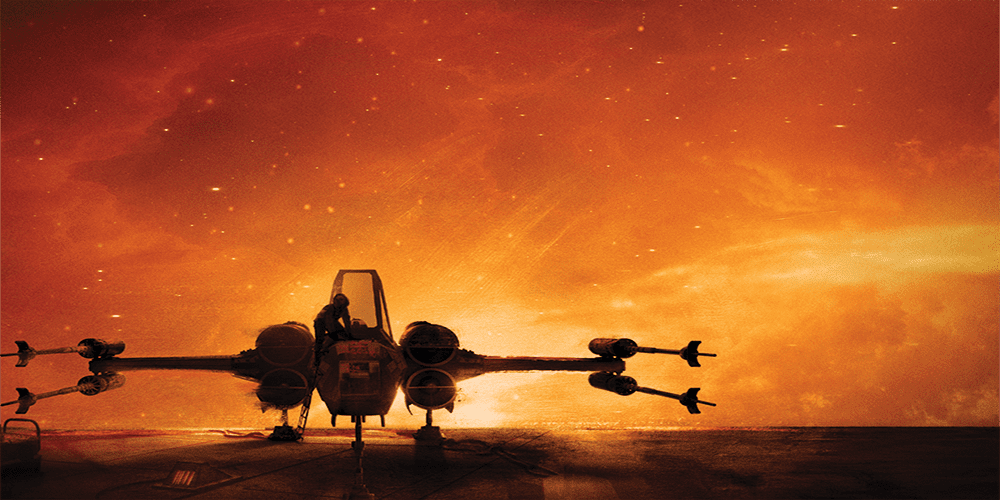 We’re back again with some more Star Wars Squadrons tips. Last time, we looked at the bomber and fighter classes. While those might be the two most popular classes, interceptors and support ships are crucial. In fact, a great bomber or fighter is nothing without a squad that supports and intercepts. If you’re getting the hang of the game, then hopefully these tips can increase your skills. Overall, we’re all trying to find our perfect build and loadout. The Squadrons interceptor and support loadout options are arguably the most in-depth. There’s a good approach to take no matter how you love to play. If you’re living out your Star Wars dreams in Squadrons, then hopefully these tips and tricks take you to the next level. 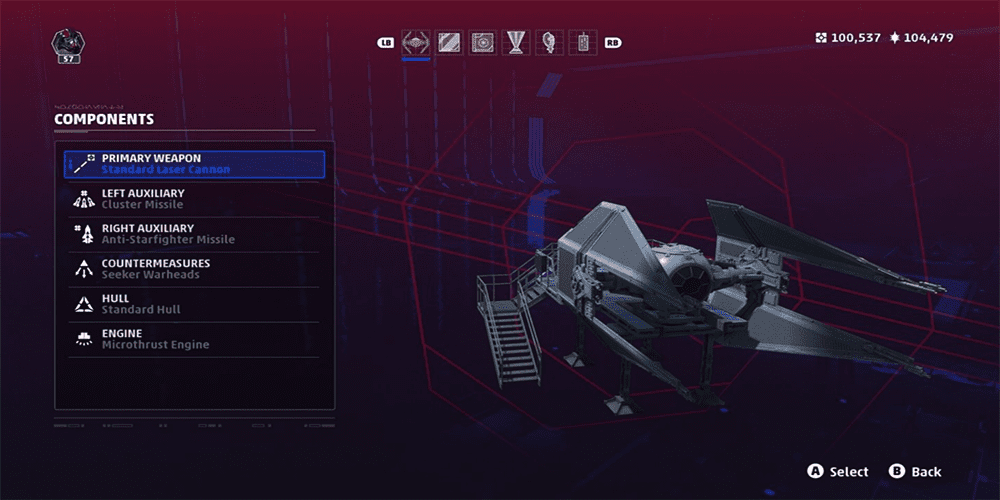 After looking at bomber and fighter loadout tips in Star Wars Squadrons, we’re moving on to interceptors and support ships. EA’s take on the dogfights in a galaxy far, far away involves a lot of teamwork. In your squadron, you rely heavily on tactical maneuvers just as much as offensive operations. The interceptor class is a big part of the strategy behind this game. As the fastest ships in the galaxy, your ability to avoid enemies and move through defensive lines are crucial to your team. There are two great ways to build out your interceptor class ship.

Firstly, you can play the stealth approach quite easily with the right aux loadouts. Combining a repair kit with a sensor jammer does wonders for your ability to sneak into tough spaces. Likewise, scrambler shields and the Carbanti Sensor Inverter keep you hard to find and follow. When it comes to this approach, you need to play aggressively with a plan. If you head in without a strategy to get in and out, then you’ll likely find yourself outgunned. When you’re feeling bold and tricky, this is a great build to follow.

If you’d rather play the well-rounded dogfight commander role, go a bit more conservative on your build. Seeker mines and missiles might seem like you’re going on the offensive. In reality, these allow you to do major damage in close quarters. When things get too hot, you can dip out and regroup to find where you can best serve your squad. If you’re not well-versed in the game yet, then I’d avoid this build. It’s going to require knowledge of how enemies operate and that comes with experience. That said, diving into the deep end is sometimes the best learning opportunity.

Support Class: It’s Fun If You Know What You’re Doing 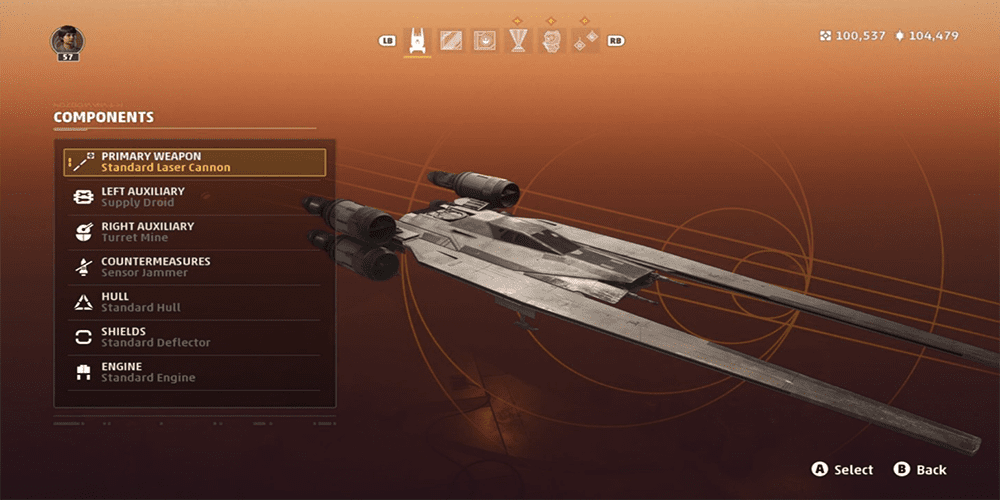 If you’re weary of the support class, then don’t be. Overall, it’s the role in a squad that often determines who wins and loses. If you don’t have a good support pilot, then you’re doomed from the start. These roles do the most to disrupt enemy operations by jamming systems and distracting from gameplans. Let’s talk about two approaches to this class.

Firstly, the defensive approach to a support ship always pays off. Deflector attachments to your hull and shield are a safe way to play this class. Don’t worry about firepower though. Equip the ArMek H/M Seeker Warheads to hunt down enemies who mistakenly shrug you off as a non-threat. Ion weapons cut through SLAM engines quickly, but if you’re keeping an eye out for sneak attacks, you should be able to protect yourself and your squad.

If you’re not one to sit on the sidelines, then here’s a build for you. What if I told you that an offensive support build actually works? Let’s talk about how. Sienar Deployment Turrets and targeting beacons can get you enough power to stop enemies from blowing past you. If you’re going to play it aggressive with this support class, then you’ll need an escape plan. That’s where the Sienar Scrambler Shield and Sienar Reinforced Hull come into play. Paired with a twin ion engine, you’ll be ready to get out of the fray until help can arrive. When it does, put your Sienar Au-8 Guided Laser Cannon to work. Now, there’s a good group of offense coming at a team who might not be ready for it.

Hopefully, these Squadrons interceptor and support loadout tips help! If you want to see more tips, then let us know in the comments what we should go over next time. Thanks for reading Comic Years for all things gaming, comics, and pop culture.