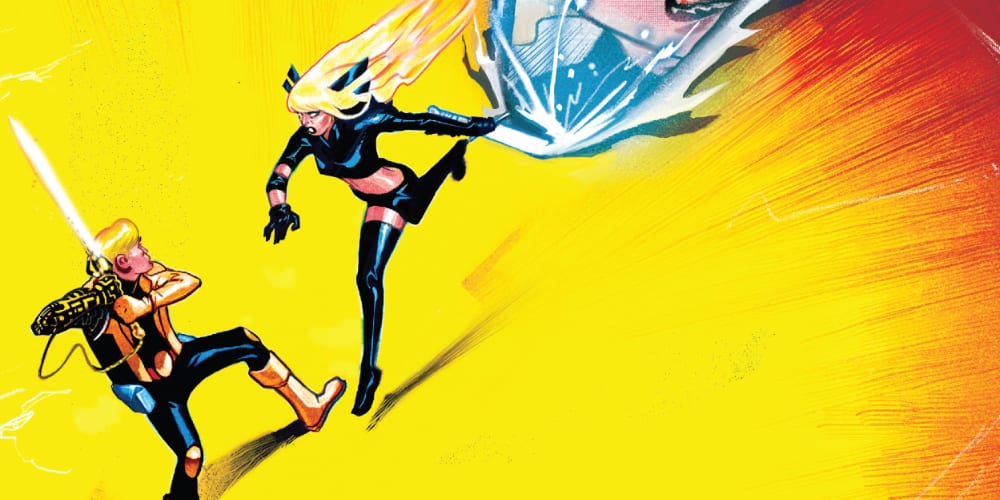 Apocalypse. Wolverine. Storm. Magik. Cable. Gorgon. Lionheart. Captain Britain. Magneto. Doug? When Polaris recited the riddle of the ten sword bearers in X-Factor #4: X of Swords Chapter Two, most of the champions weren’t surprising. In fact, there were some left off the list, like Nightcrawler, Kate Pryde, and Silver Samurai, that left some fans scratching their head. By far, the most surprising champion is the X-Men’s least skilled member: Doug Ramsey, the New Mutants member who can understand any language. And in New Mutants #13: X of Swords Chapter Seven, we finally get to see how he and other members of Krakoa—including the sentient island itself—feel about the fate of the world resting in Doug competing in a combat tournament. It’s not great. 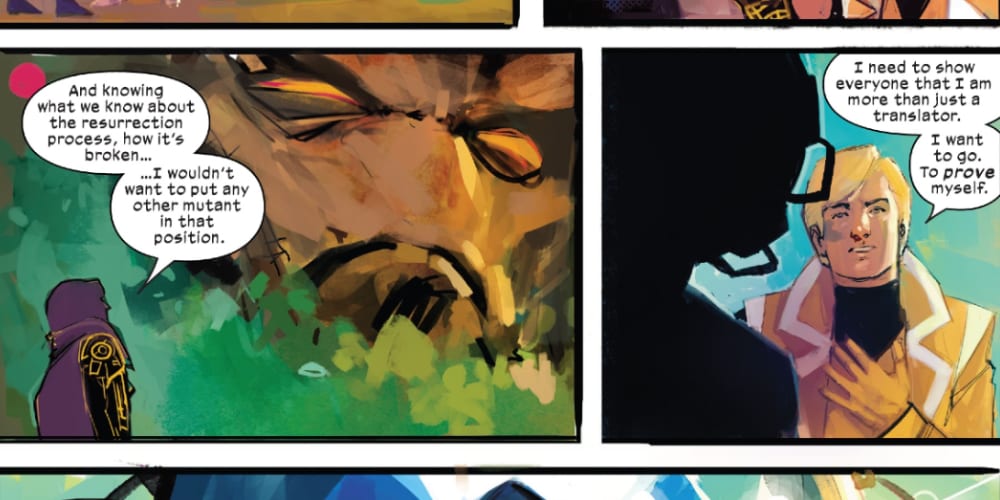 From Chapter One of X of Swords to Chapter Six, we’ve seen a very plot-driven event with moments of great character development. New Mutants #13: X of Swords Chapter Seven doesn’t progress the event’s plot that much, but it does something much more important. Your heart is going to cry out for Doug Ramsey, AKA Cypher. If anyone has the right to cry, “why me?” it’s Doug. Seriously, there are hundreds of amazing warriors on Krakoa, and Saturnyne chose him? It would be like the Philadelphia Eagles choosing Gritty as their quarterback. We love Gritty, but the Flyers mascot has no place on the football field.

I know most people think that Doug is the lamest X-Men character, but I love this character. In a way, I love him because he’s lame. He has a very strategic power, able to understand any language, and he’s even saved the day with it a few times. If it weren’t for Doug’s actions in X-Men Second Coming, every mutant in the world would be dead right now. But he is not a fighter. Not yet, at least. Despite having no combat skills, he gets out there, in the field, and does what he can. Or, to summarize in a crude yet poignant way: Doug’s got balls.

So, How is Doug Handling Being a Champion in New Mutants #13: X of Swords Chapter Seven? 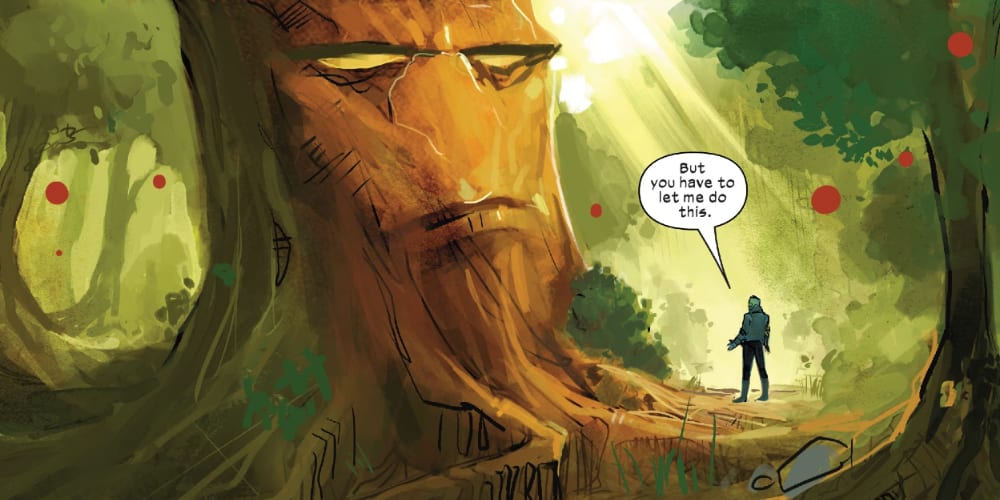 Not well. He’s very conflicted. Firstly, the sword he’s required to wield happens to be his best friend, Warlock. Since the beginning of Dawn of X, Warlock’s been posing as a kind of armor on Doug. Nobody on the island buys it, though, since they keep getting caught talking to each other. So, it’s not just Doug going; it’s Doug and Warlock. At least Warlock’s a more capable fighter, but he’s going to be a sword, so…

Secondly, there’s a vast number of mutants offering to go in his stead. Doug might have balls, but man does his peers keep kicking them. They know Saturnyne won’t allow a substitute, though. This gives Exodus an idea: what if he kills Doug so that they have a replacement. Doug would be resurrected after the crisis is over, and a real warrior can fight in his place. But that’s a gamble too. What if Saturnyne doesn’t allow a replacement and the X-Men are down a champion. But he’s determined to prove himself. And he has at least one friend standing by him.

The Chemistry Between Illyana Rasputin and Doug Ramsey is Magikal 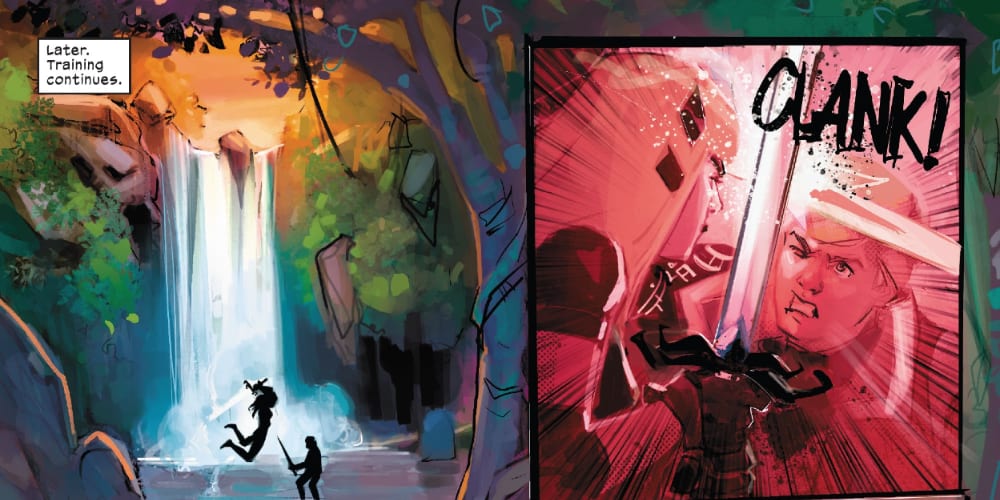 It might be because of the beautiful way Rod Reis captures characters and the Krakoan landscape. It might be subtlety in Ed Brisson’s writing. But something is happening between Doug and Magik. Out of all the New Mutants, these two are the most socially awkward. However, as Magik tries to train him during their sparring in the short time they have, there’s a connection between them. And the fact that Doug is willing to die in this contest definitely makes Illyana see him differently.

But if this is the case, it will most likely be set up for tragedy. They would be way too cute a couple for the X-staff just to let them both live. So, either it’s just a result of art and writing, or it’s a plan to break our hearts. Yay! 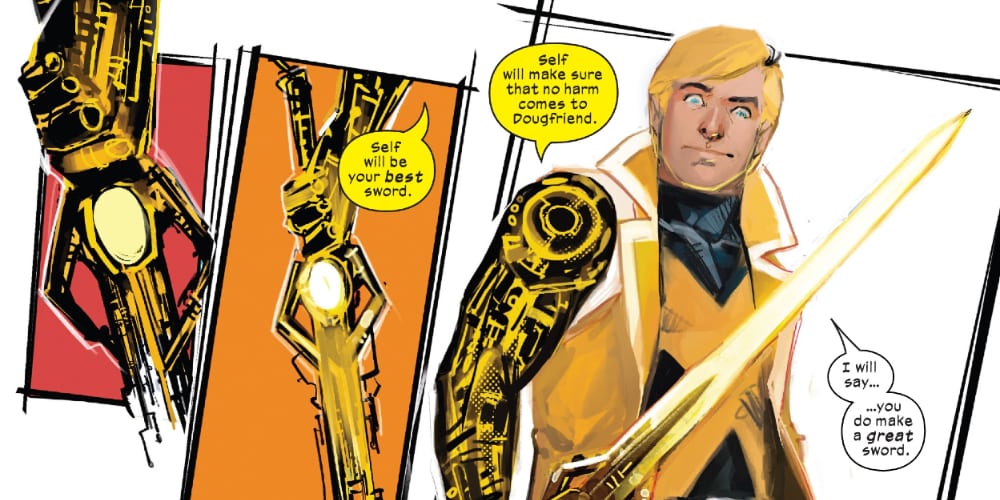