Who is Elizabeth Holmes the real life character behind Hulu's | CY

Home » TV Shows » Who is Elizabeth Holmes – the real-life character behind Hulu’s new series, The Dropout?

Who is Elizabeth Holmes – the real-life character behind Hulu’s new series, The Dropout? 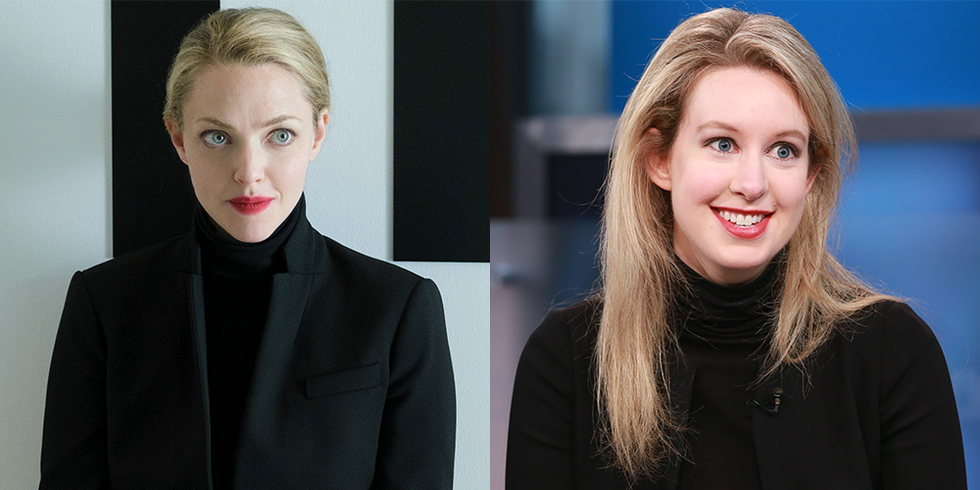 Who is Elizabeth Holmes, has many people wondering who this mysterious entrepreneur is and here are some details on what we know!

Elizabeth Holmes was the founder of Theranos. This biotech giant had the goal to perform complete analyses of a person’s health status using just a drop of their blood.

In the world of startups, the fast pace brings dynamism and innovation to the market. However, this speed means that from time to time, projects that are entirely unviable slip into huge pockets of funding; this was the case with Theranos.

At only 19, the entrepreneur and Stanford University dropout convinced the world that she would revolutionize the healthcare sector. She managed to raise almost 10 billion dollars.

Was Elizabeth Holmes the successor to Steve Jobs?

Elizabeth Holmes presented herself as a successful entrepreneur, visionary, and tireless worker to the public. Her outfit emulated her idol, Steve Jobs, with jeans and her trademark turtleneck sweater.

Her image became an icon on the covers of leading business magazines such as Forbes, Fortune, Inc., among others.

She tried to fulfil her dream with a prototype of a machine. It would receive the blood sample, process it, and send a result within a few minutes. She named it “The Edison”, in honor of Thomas Edison, another of Holmes’ significant reference figures.

Like a professional photocopier, this cubicle-shaped machine offered more than 100 diagnostic tests using only a drop of blood. It was something never done before, which surprised many.

The invention got the attention of many investors, who quickly wanted to jump on the bandwagon. They kept contributing capital up to the outrageous figure. However, “The Edison” turned out to be a complete fraud. The team of developers and engineers at Theranos soon became aware of the challenges. It was difficult performing a thorough analysis inside a machine, in addition to working with something as delicate as blood. The equipment leaked, altered the data, and the system couldn’t manipulate within such a small space.

Holmes turned a deaf ear to these warnings from her technical team. Together with COO Sunny Balwani, with whom she had a romantic relationship, she continued to promote their fraudulent invention. Theranos closed commercial agreements and promoted their work until reaching the partner that caused the most controversy. Their deal with Walgreens, the second-largest drugstore chain in the United States, reached an agreement to install about 50 machines in their points of sale.

That was the beginning of the end for Theranos. With “The Edison” already on the market and endorsed by the prestigious Walgreens company, it began to show the first clear signs of fraud. They were nowhere near the number of tests they promised, the machine had constant failures, and sometimes the samples were analyzed traditionally, as a drop of blood was not enough to make such diagnoses.

In 2015, a Wall Street Journal reporter named John Carreyrou documented the case and alerted that Theranos was performing the tests through the traditional technique and not through its grandiloquent invention “The Edison.” That alerted the authorities, investors began to pull out, and more than $400 million fraud claims began to pour in.

She was convicted of three counts of wire fraud and one conspiracy to defraud investors. She could face up to 20 years in prison for each count, and we will know the verdict on September 26th of this year.

The Dropout miniseries premiered on March 3rd on the Hulu platform, and the talented actress Amanda Seyfried will play Elizabeth Holmes, a very successful casting choice, due to the enormous physical resemblance between the two.

The Batman Score Details Might Deepen Our Understanding Of The Plot
Kanye West “Cast” His Girlfriend; Julia Fox Speaks Out