How WandaVision Episode 5 Pulls All The Right Punches - Comic Years

How WandaVision Episode 5 Pulls All The Right Punches 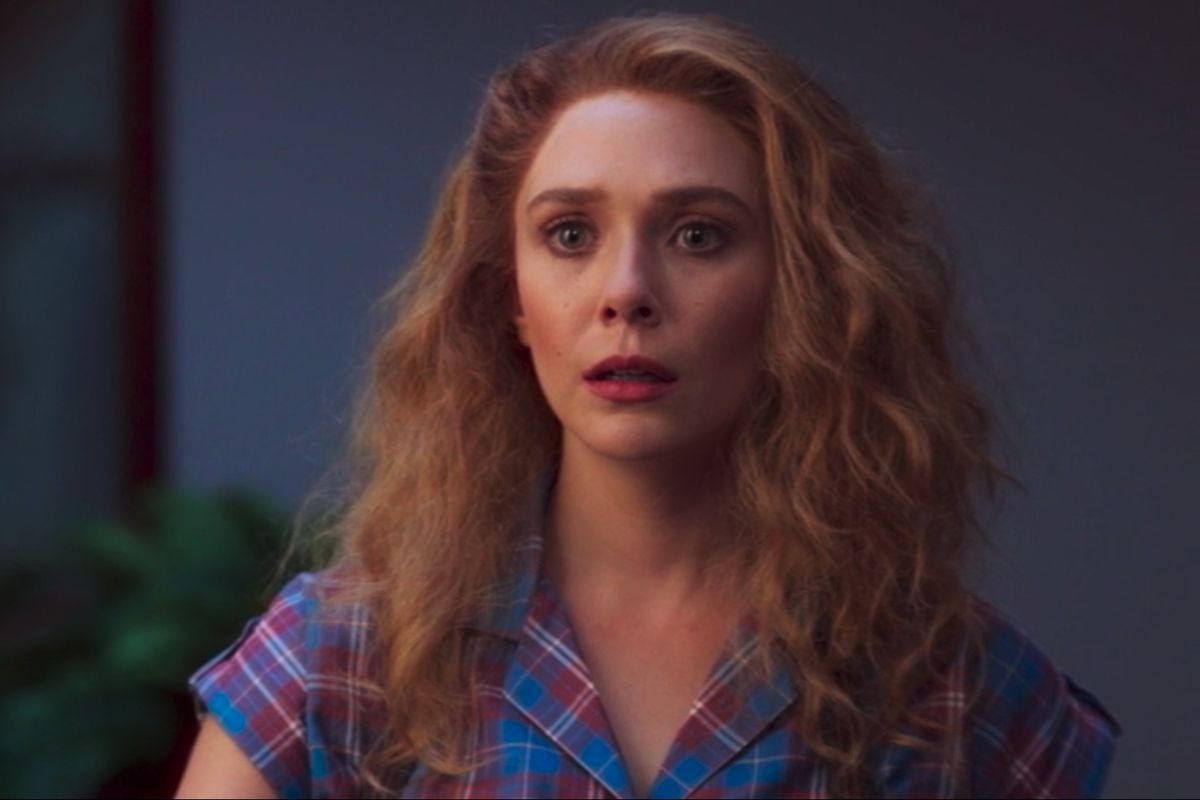 How long has it been since we have scheduled our entire weeks around watching a new episode of a television show? I might suggest that it was the final season of Game of Thrones, which feels like a million years ago in COVID times. Fortunately, WandaVision has reinspired a new spark of weekly watching, water cooler conversations, and exciting predictions. Episode 5 of WandaVision might be the most pleasing yet, and we have a lot to say about it! We’ll be going over everything that went down in this episode while also talking about what that might mean for the WandaVision MCU timeline as a whole.

As you might have guessed, there are spoilers in this article that will include all of the WandaVision episodes, including episode 5. You’ve been warned. So, if you have yet to stream the latest episode on Disney+, we recommend bookmarking this page and coming back to us!

WandaVision Episode 5 Is Both Chaotic and Contained

Episode 5 of WandaVision, titled “On a Very Special Episode…” is an extraordinary episode indeed. While the previous four episodes take their time, utilizing a slow-burn approach to trauma, action, and uncovering mysteries, this installment wastes no time jumping into things.

At the start of Wanda’s sitcom, our favorite totally normal, suburban couple tries (and fails) to soothe their crying babies. While one might assume that the almighty Scarlet Witch (Elizabeth Olsen) can handle some tears, she realizes that her powers aren’t working on either of her sons, much to her frustration. Fortunately, handy and nosy neighbor Agnes (Kathryn Hahn) is there to help out, even if Vision is ready to resist for a moment.

“Should we just take it from the top?” Wanda and Vision hear come from Agnes as she completely breaks character for a moment, signaling that Vision should let her help with the twins. This illusion-breaking moment is subtle at first. However, Vision’s shocked and confused reaction is a reminder that he (like us) has no clue what the hell is going on in Wanda World. 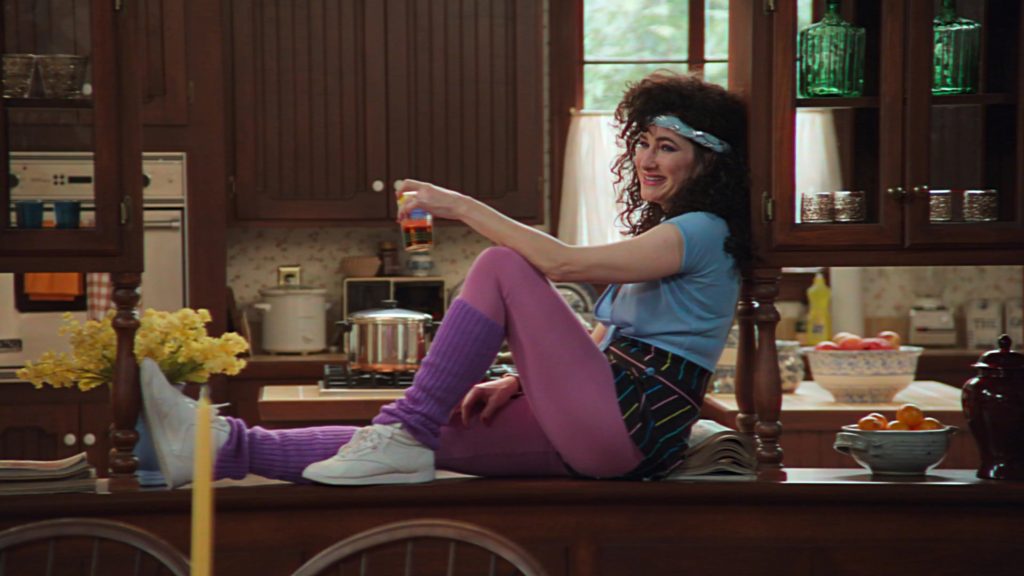 Aging In The Hex

Agnes doesn’t get much of a chance to take her turn mothering these two young ones. Within moments the infants become fully formed children at about age five. Shortly after their glow up, the boys somehow find a stray dog, which they beg for permission to keep. They even age another five years to prove that they are responsible enough!

While Wanda is dealing with homely matters, Vision begins to learn what world he may be living in. In a horrifying moment with his coworker, Norm (wonderfully acted by Asif Ali), Vision breaks through to Abilash Tandon, the real resident that is trapped inside of this madness. Abilash appears to be fully aware of what is going on but unable to control himself. Despite the front that Norm puts on, Abilash is a very real person who is being controlled. Like any good android, Vision isn’t too happy to learn about this.

Based on the synopsis we’re providing, it might be easy to get lost in the sitcom again. After all, we were for the first few episodes of WandaVision. But fear not, for this episode pulls us outside of things once again. And we finally get some explanations.

Following an intelligent decision to insert something into Westview that won’t need to transform to fit the aesthetic, Wanda becomes aware that she is being watched. S.W.O.R.D’s Hayward tries to strike her down with a drone, and Wanda goes full Scarlet Witch. She comes out of the Hex (the name that Darcy has given to Westview’s bubble and a comic book reference to Wanda’s powers) in proper costume and pleads with Hayward and company to leave her be. While he attempts to make it clear that he can shoot her on sight, she turns things around (literally) and reminds everybody who is boss before stepping back into her little world.

Trouble In Paradise… I Mean, Westview

Once she has safely returned to the Hex, Wanda hopes that all is well in her nuclear family once again. Though, now that Vision is aware their world isn’t real, he threatens to tear it apart with his constant questioning. Before the pair can get too deep into their argument about what’s real, someone special shows up.

Based on Pietro’s name-dropping in an earlier episode, viewers began to ready themselves for a sibling drop-in at a moment’s notice. What we didn’t expect was for the role to be recast. The role of Pietro Maximoff (a.k.a. Quicksilver) in Avengers: Age of Ultron was played by Aaron Taylor-Johnson. When Pietro comes knocking on Wanda’s door, it’s none other than Evan Peters, who plays Peter Maximoff (again, Quicksilver) in the latter X-Men films.

As we saw in the previous episode of WandaVision, Dr. Darcy Lewis speaks for all of us. She asks if Wanda recast her brother. This is an obvious reference to sitcoms in the 1980s and 1990s recasting important characters with nary a reference to it in the show. 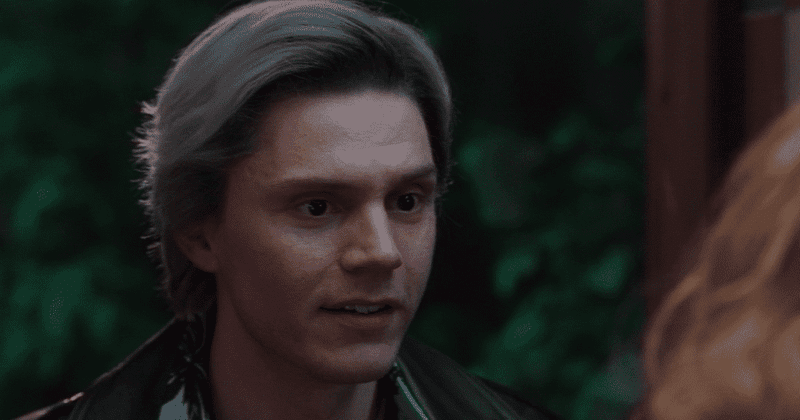 Much of the criticism of earlier episodes get directed towards the sitcom elements of the series. Most agree it is a fun concept. Others, however, think it takes away from real plot progression within the larger MCU. For those who agree with this statement, episode 5 of WandaVision provides a much better balance.

We are officially at a place within the series where episodes can be perfectly balanced (as all things should be) between sitcom shenanigans and the “real” story. As Wanda is bound to run out of decades to portray, we expect things to shift to more real-world chaos as the episodes go on. Fortunately, the show manages to take both sides of the Hex with wonder. We are equally awaiting news on both sides, accepting the need to see both. This episode reminded us yet again of just how strong Scarlet Witch can be, fueling our expectations of an all-out battle to come.

Thinking Ahead Beyond Episode 5 of WandaVision

The previous four episodes of WandaVision have given us more questions than answers. Finally, this episode clears a few things up while affirming some of our earlier predictions.

As Comic Years discussed in our episode 4 podcast recap, Agnes is no random resident. Compared to Vision’s coworker, who is completely phased by the torture being brought upon him, Agnes couldn’t care less. In fact, it is as if she is facilitating some important plot points, like the death of the family dog. Wanda doesn’t seem all too surprised that somebody else has caught on, making us wonder where exactly Agnes fits into the larger story, as well as how much Wanda knows about it.

The appearance of Wanda’s brother signals a big change, to the Hex and/or the MCU. This episode affirmed the idea that Wanda has stolen Vision’s corpse, implying that Wanda has animated him through the use of her powers. While we clearly learn how she came about his body, it’s less likely that she would be able to find that of her brother’s. He died eight years before the events of the series. Putting Evan Peters back in the role makes sense for both the story and for greater multi-verse purposes.

One idea is that Peters’ appearance will later influence the MCU’s multiverse. It has been confirmed that Wanda will appear in Doctor Strange and the Multiverse of Madness, which many fans anticipate will be the fuel for breaking down the walls and bringing mutant characters into the fold. Though, considering how WandaVision is no stranger to ingenuity, it’s not entirely impossible that the recast is simply for on-air purposes. That it’s Evan Peters, another Quicksilver, could just be a nod to fans. 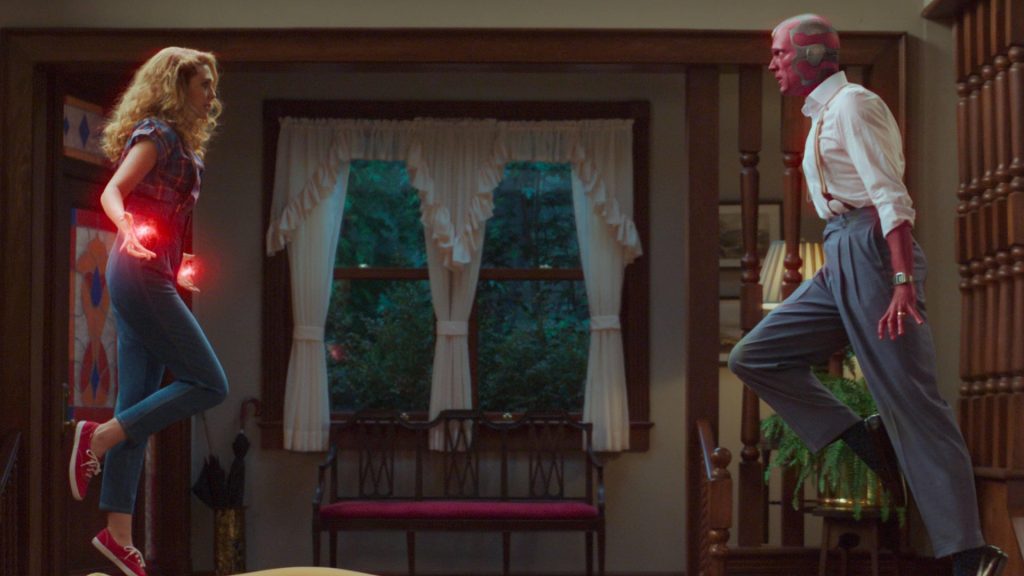 Much of our analysis of WandaVision approach it as a story about the power of grief and trauma. From accepting just how hard Wanda’s life has been to recognizing signs of her breaking throughout the show, it’s obvious that the Hex is her way of dealing with the fallout of Ultron and Thanos’ impacts on her life.

One particularly heartbreaking moment is when Wanda is tasked with explaining the concept of death to her sons. They are eager for her to bring back the dog after his untimely death. Despite her likely ability to do so, Wanda resists. She explains the importance of pushing through tough moments, no matter how sad. “The urge to run from this feeling is powerful,” she tells them. Despite this, Wanda does not bring the dog back, proving that she can learn to move on from some injustices.

The advertisement found within episode 5 of WandaVision is also very telling about Wanda’s desire to move forward and accept her past. It plays a pretty realistic ad for Lagos, a paper towel company that can fix any mess that you “didn’t mean to.” Lagos is the name of a Nigerian city seen in Captain Ameria: Civil War. Despite her best efforts to be on the heroes’ side, Wanda accidentally uses her powers too strongly. She destroys a building in Lagos, along with various civilians and relief aid workers. This can signify how Wanda wants a way to ‘clean up’ her mistakes. These advertisements, all of which have been related to Wanda’s past in some way, continue to show us just how much of Wanda’s past can’t be forgotten. It all has to come back to the surface at some point, doesn’t it?

We’re Already Counting Down to Episode 6

What episode 5 of WandaVision has done more than anything is make us even more excited for the next episode. We’re expecting to see some fun sibling bonding moments, instances of realization for Vision, and hopefully some answers about who Agnes really is.

What are your thoughts on episode 5 of WandaVision? We want to know all of your predictions and opinions!