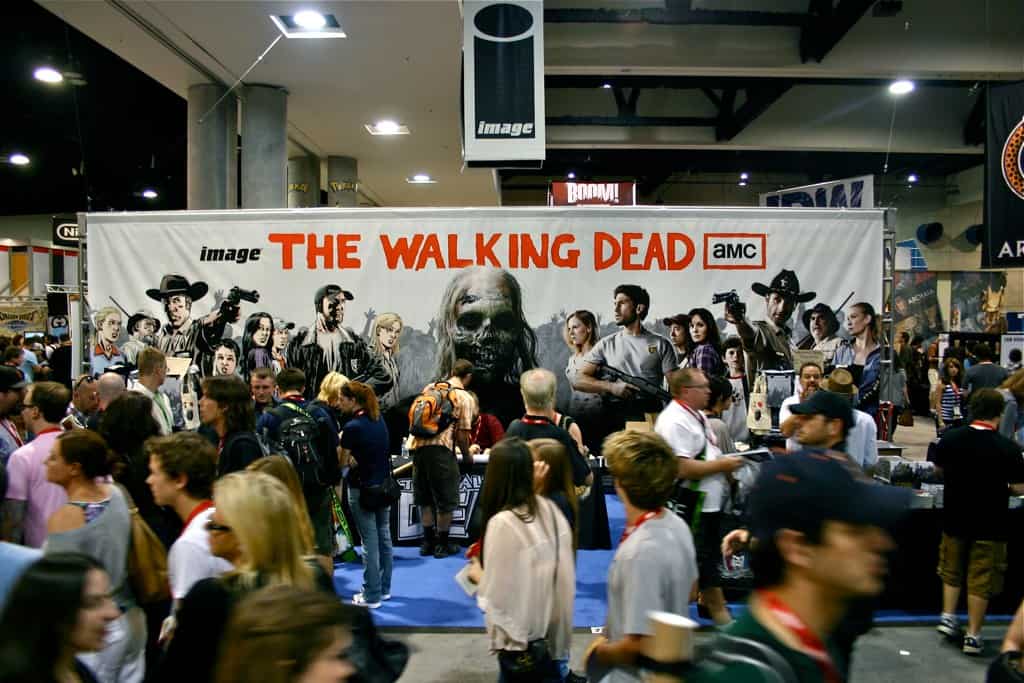 So, does it mean that the evil and conniving villains that we see on TV are drawn up from real people?

Let’s look at one of the popular shows of today, the Walking Dead and dissect its villains. The Walking Dead is full of villains, and surprisingly walkers are not on the top of this list. They are just some hungry people who like eating other people. The real villains of the show are the survivors, the living.

Why may you ask?

Let’s look at the reasons:

The dead or the walkers who seem to be the main villains of the show have only one single need, and that is hunger that can only be fulfilled by eating fresh human flesh. Apart from that, they do not have any other motive.

Alas, the same cannot be said of the human survivors. From Shane (depends on how you look at it) to the Governor, Negan and his saviors and finally the whisperers, every one of them was not motivated to do what they did by their hunger for food.

Majority of their actions which inadvertently turned them into villains are a result of the hunger for power, hunger for wealth, hunger for control. Their inflated egos were the reason and logic behind all their actions. Let’s have a look at all of them individually.

SHANE: Even though he had the best intentions in trying to save Lori and Carl after saving Rick, later on, the same intentions led him on the path of self-destruction. He lost his humanity and loyalty when he felt threatened by Rick’s return.

To give him the benefit of the doubt, he did stand up to Carol’s wife-beating husband, but soon he was driven by jealousy and ego to the extent that he didn’t even think twice before turning villain on his best friend and trying to kill Rick. It was sad to see him being first stabbed by Rick and then get shot in the head once he turned, but one does realize that there was no other way how this story was supposed to end.

The countless walkers did not do the same amount of damage to Rick’s psyche as caused by Shane’s villainous actions.

THE GOVERNOR: No one was more flawed in his thinking than the Governor. On the outside, his words and actions seemed like for the best of everyone, but in reality, he was an outright villain from the inside. His ruthlessness, his anger, his scheming ways were all based on his pursuit of power.

Even when it seemed that he was in love with Andrea, it had its ulterior motives. Such was the villainous ways that he didn’t flinch in making Merle fight his brother Daryl as punishment for Merle. Later when the attack on the jail fails, he guns down his people out of rage. For someone who wanted to rebuild society, his views and thought-process were inherently doomed.

He was way more dangerous than a herd of walkers because at least with the herd, one knows who the enemy is, but with him, his villainous ways had no end.

NEGAN and THE SAVIORS: From the moment Negan and his men entered the show, it was pretty clear that this bunch were the greatest villains in the show. The brutality shown by this group makes all the other villains seem small.

One of the scariest things about the saviors is the collective mindset of having control over others. The rule of violence followed and implemented by the saviors overshadows any positive (if any) in their thought process.

The introduction of Negan is one of the most horrifying introductions on television. Even though later on, we do get to see a human side to Negan and the saviors, their brutality and violent behavior makes the walkers look lame and makes them the most feared villains of the Walking Dead.

WHISPERERS: A zombie apocalypse will surely have severe mental and psychological effects on the survivors, and it is visible when you meet the Whisperers. Their introduction was groundbreaking for the show because, for the first time, we see the walkers communicating with each other.

So far the walkers had been known to roam and seek nothing else but fresh human flesh. To see them smart enough to communicate and to be able to scheme was a game changer. But soon we realize that these are real people who put on walker skins to look like them.

The scarier part is that these villains have no human feelings left in them. They may not be walkers, but their sole instinct to survive has robbed them on any human connection. This thought reaches its epitome when we see the heads on spikes towards the end of Season 9.

The Most Dangerous Villain in the Walking Dead

Just take a look at all these villains over the last nine seasons of the show and all the other survivors. It is easy to understand that the walkers are the least dangerous. They are more like a background setting for the show. The show is more of a human drama, where the biggest villains are the ones who have survived the apocalypse.

Look at it closely, the same show could be set up under any other setting. However, the humans would still be the scariest element of it. It could not be a Zombie apocalypse; or it could be the financial world; it could be a sports setting.