We’re about a month away from the debut of the new Halo TV series on Paramount+! In a surprising bit of news, the new Halo TV show is confirmed to show Master Chief’s face in the series – a first for the character. Halo will premiere on March 24, 2022 on Paramount+, meaning we’re 30 or so days away from seeing Master Chief. That’s a wild concept for fans of the game franchise who have never seen the character’s face. The decision certainly surprised fans and some are pretty upset about it. For more on the decision and why we haven’t see Master Chief’s face yet, let’s talk about the news. Firstly, why is Paramount willing to show his face? 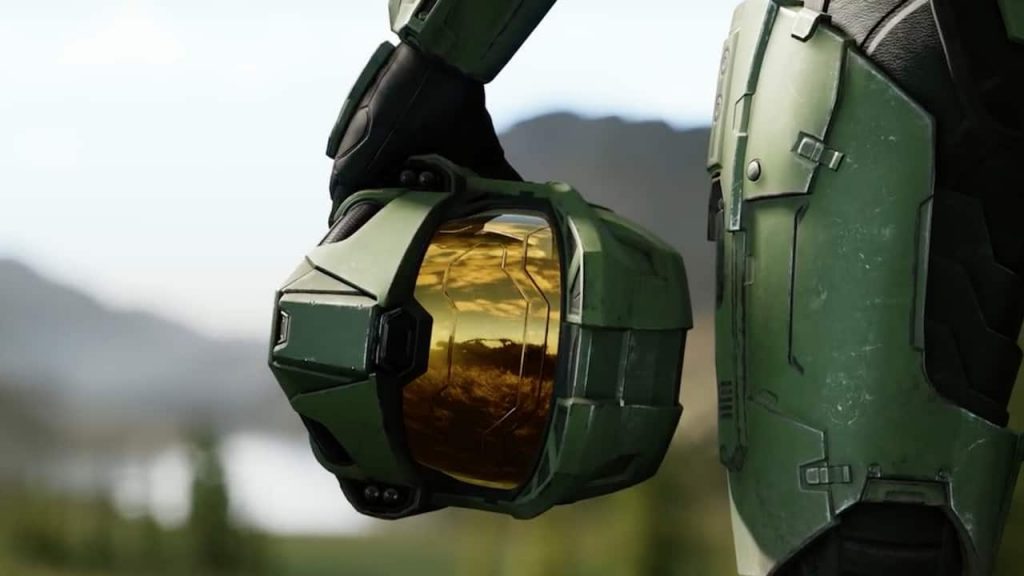 During IGN Fan Fest, Kiki Wolfkill, 343 Industries Studio Head and show producer, explained why we’ll see Master Chief’s face in the upcoming Halo TV show. “I think we set out to tell a character story and a personal story,” she explained. “And once we really got into what that story was, it became clear that you really needed to see the person in the armor and under the helmet.”

I don’t hate that decision, but I know many do. So does Wolfkill and the team working on the show. ““For some people, it’s been a moment 20 years in the making, and for other people it is something that feels very hard to imagine. We absolutely respect both sides of that fence, those who really want to see Chief’s face and those who really don’t,” she explained to IGN. The Halo TV series, even without showing Master Chief’s face, is a bit divisive. Some wondered after the Halo series trailer if the show actually would satisfy fans who loved the game franchise.

The good news is that this decision doesn’t seem to come lightly to the show runners. Likewise, Paramount seems behind the show in a really positive way. Halo Season Two renewal occurred last week without the show even debuting. Ideally, these signs would point to a great show. We really won’t know, however, until the show starts in March. That said, the decision to show Master Chief’s face is a surprising one.

Why the Character’s Face Isn’t Shown in the Games

Back in 2012, the question of Master Chief’s face was a topic of discussion. Of course, a major reason we don’t see the character’s face is the helmet and armor he wears. That said, there is a general curiosity about what lies underneathe. At the time, 343 Industries, the developer of recent Halo games, explained things like this. In a conversation with Eurogamer in 2012, the developer explained that it’s to immerse players in the game. The goal is “to keep the player invested in the character and keep the player from constantly being reminded that they’re not a hero.”

Overall, that essentially means that 343 Industries intends for players to feel like they are Master Chief. That’s a bit easier to accomplish when you’re playing a game versus watching a show. Without direct control over what’s happening on screen, it’s obvious that the immersive nature of this decision is a bit different. While many fans took to social media decrying the presence of Master Chief outside of the helmet, it doesn’t rub me the wrong way like it does others.

How do you feel about the decision? If you think it’s good or bad to see who Master Chief really is, then let us know in the comments! Thanks for reading Comic Years for all things gaming, comics, and pop culture.