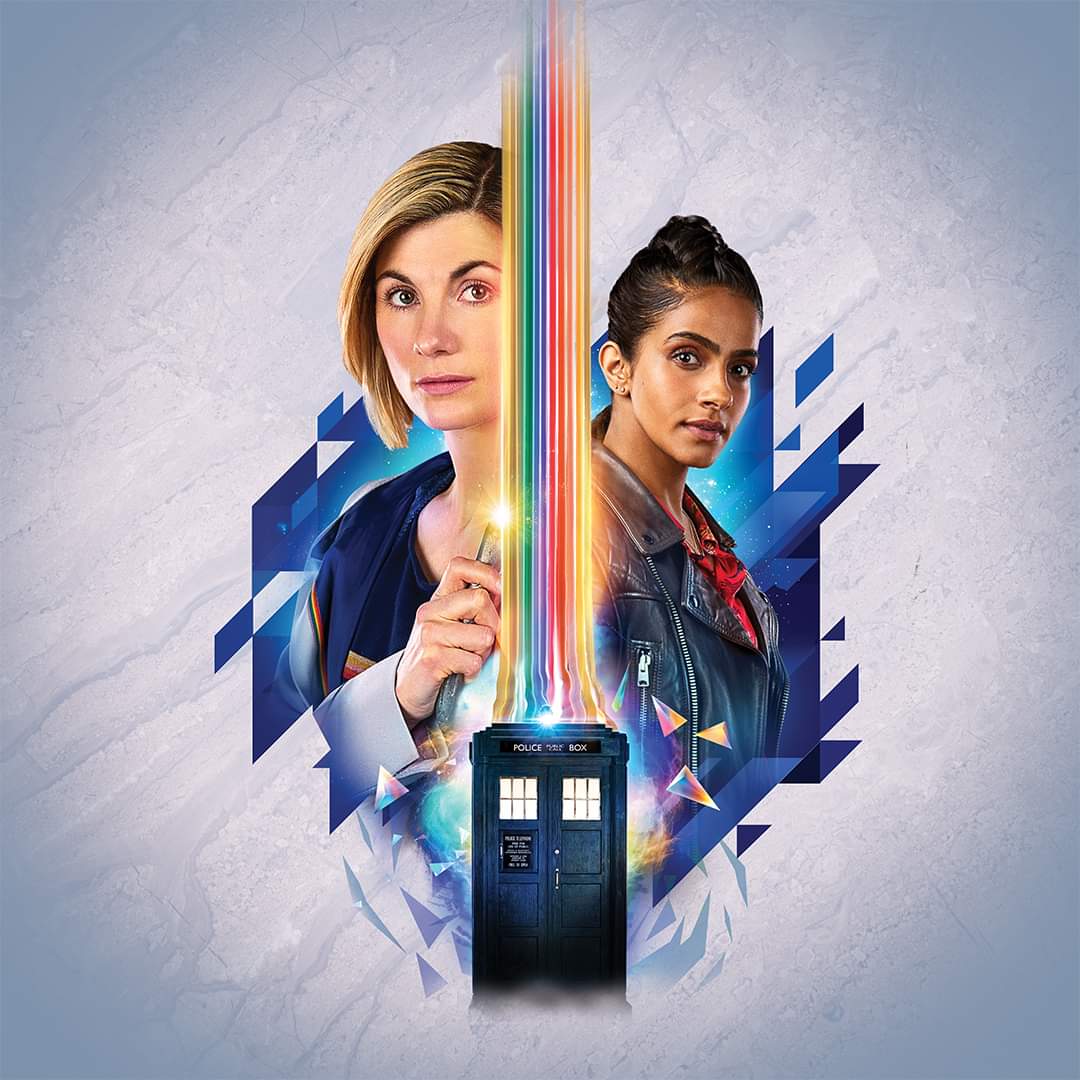 From the very start of the show in 1963, Doctor Who has constantly promoted a message of love, acceptance, and unity for all. With the revival series kicking off in 2005, this pride message has been clearer than before. To celebrate Pride month, we will run through the top moments of Doctor Who LGBT representation. Each of these moments celebrates a part of the rainbow. 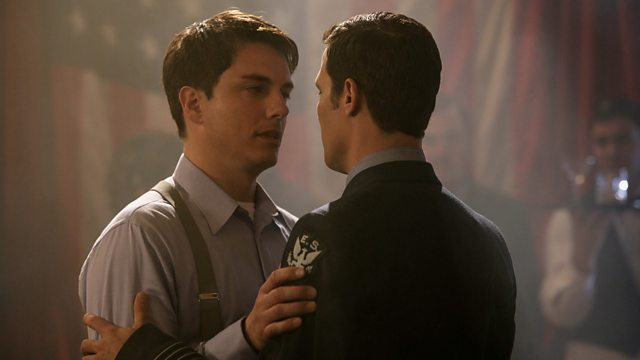 When Captain Jack Harkness, played by John Barrowman, first strutted onto our screens in 2005, it was a first for the show. Harkness was the first explicitly LGBTQ+ member of the show – a true example of Doctor Who LGBT representation in all its glory! Previously, different characters’ sexualities had been hinted at and suggested. But, in one of his first scenes, Harkness made it clear that he was part of the LGBTQ+ umbrella. He repeatedly spoke about being attracted to men, women – and all those in-between.

This concluded with his last regular appearance on the show during Series 1’s The Parting of the Ways. During one of his final scenes, Harkness kisses the Ninth Doctor (played by Christopher Eccleston) on the lips. This Doctor Who LGBT representation moment showed a genuine, caring moment between two individuals.

Later, Harkness got his spinoff with the show Torchwood. This show featured the blossoming romance between Harkness and Ianto Jones, played by Gareth David-Lloyd. During Torchwood, writer Russell T. Davies made it clear that sexuality was fluid. Also, in the 51st century, where Harkness is originally from, sexuality is shown as something most people don’t even care about anymore. What a glorious future that is! 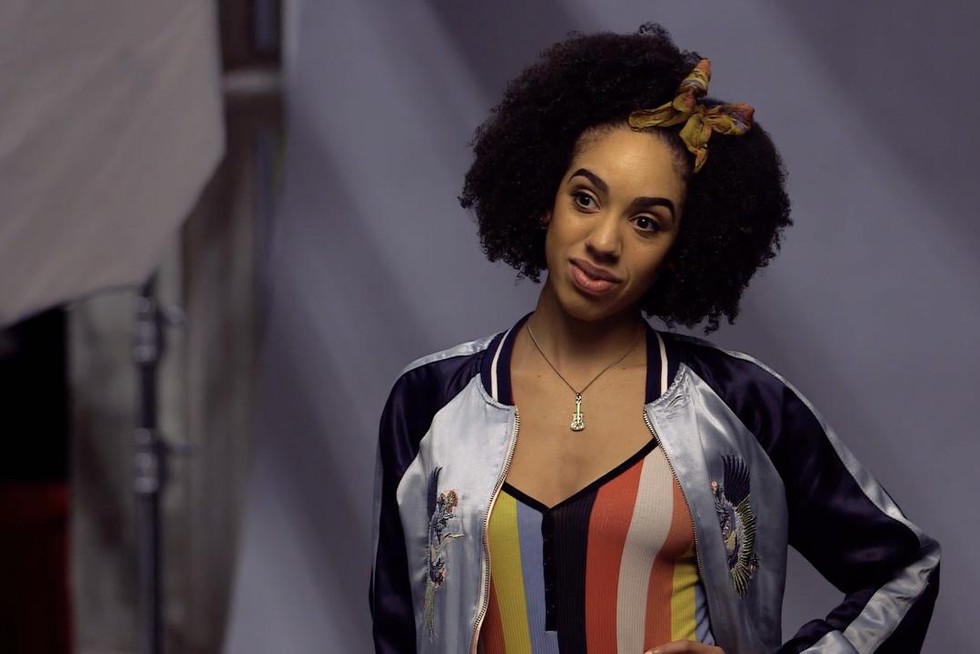 Another prime example of Doctor Who LGBT representation is the character of Bill Potts. She was first introduced in Series 10 of the reboot, and, like Harkness, she marked another first for the series. Bill was the first full-time on-screen companion to the Doctor who was LGBTQ+. Harkness was only a temporary companion, but Bill stayed for a full season.

Bill was unashamed of her sexuality, and as an audience, we got to see the highs (and lows!) of dating as an LGBTQ+ person. However, most of us haven’t had a date interrupted by the Pope entering our bedroom! We also saw the show’s First Doctor interact with Bill and how views of sexuality have progressed throughout the show’s history.

Bill’s ending, although bittersweet, was a beautiful reminder of the power of love. It was a touching message that served as a great statement about Doctor Who LGBT representation.

Similarly to Bill Potts, the romance between companion Yaz Khan (Mandip Gill) and the Thirteenth Doctor (Jodie Whittaker) is another example of Doctor Who LGBT representation. It’s unclear how their story will end, although something tells us that the Thirteenth Doctor’s regeneration isn’t going to be pretty.

Other Doctor Who LGBT representation We already know that Russell T. Davies is returning to run the show again in 2023. It also appears that he’s making LGBTQ+ representation a priority once more. He chose transgender actress Yasmin Finney to play Rose, who appears to be Donna Noble’s (Catherine Tate) daughter for Series 14. Notably, Finney’s casting is a key moment in Doctor Who LGBT representation as she is only the second openly transgender individual to play a role on the show.

However, in the expanded universe, there have plenty of other moments of Doctor Who LGBT representation. Take, for example, Cleo Proctor’s (Charlie Cragg) starring role in Doctor Who Redacted. Tania Bell (Rebecca Root) was a transgender companion of the Eighth Doctor in the Big Finish series Stranded.

Additionally, writers of the series have retconned some of the classic series companions into LGBTQ+ individuals. They have done this in a way that may not have worked during the show’s original run. For example, writers later revealed that Liz Shaw (Caroline John) was a lesbian. Like his actor Matthew Waterhouse, the expanded media showed Adric as gay.

These are just a few moments of Doctor Who LGBT representation, as there are plenty more to choose from! It’s clear that the message of acceptance prevails throughout the show, and we sincerely hope that this continues.

What do you think? Who is your favourite LGBTQ+ character in the show? Let us know in the comments!

The Ballad of Songbirds & Snakes: 5 New Cast Members Join the Hunger Games Prequel
What To Watch At Home – 5 Picks To Stay Home!