Marvel Ultimate Alliance: A History Of The Series - Comic Years

Home » GAMING » Marvel Ultimate Alliance: A History Of The Series

Marvel Ultimate Alliance: A History Of The Series 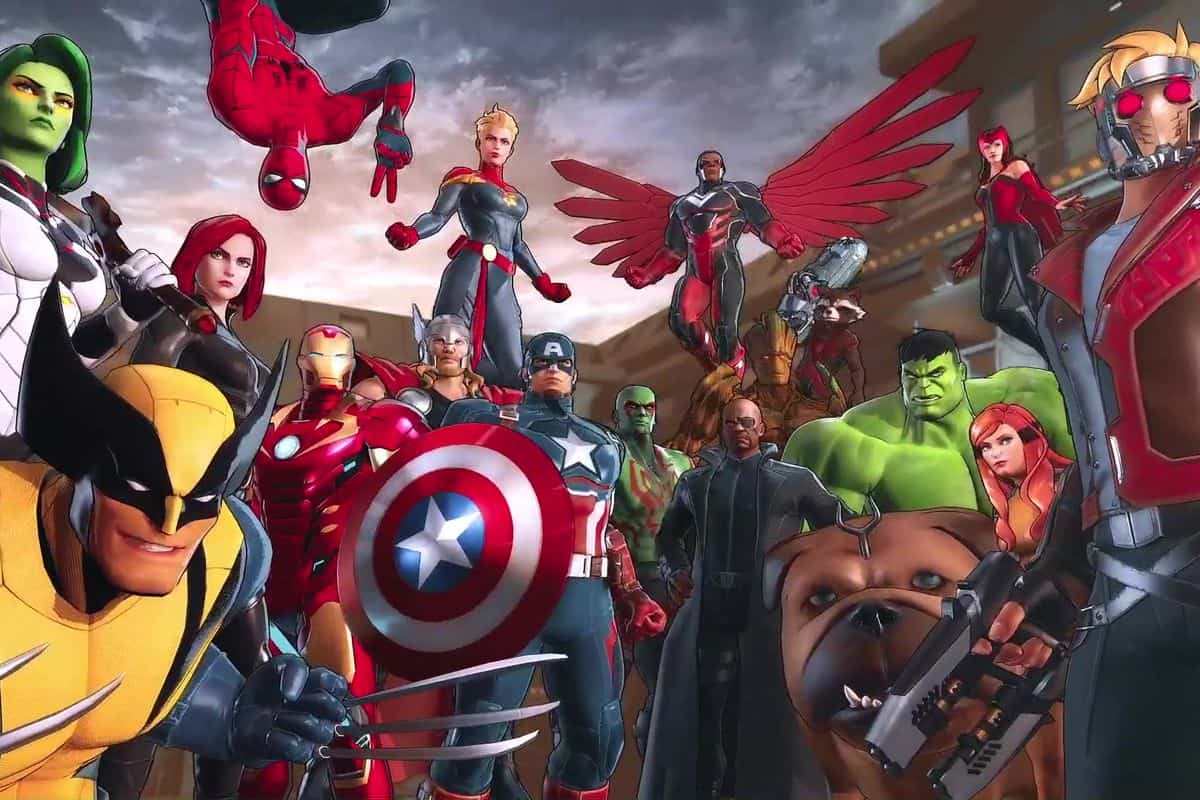 Comic books and video games. They seem like a great fit, but a lot of titles fall flat. Over the years, some games stand out. Lately, a lot of comic book video games are in LEGO form. The LEGO series is very popular, but tied to younger audiences. For that reason, and the rising popularity of Marvel, more mature titles are coming. The big announcement from Square Enix of a Marvel collaboration for an Avengers game is a huge deal. So was 2018’s Spider-Man game for PS4. Another soon-to-be hit is on the way too: Marvel Ultimate Alliance 3 to be released later this month. It’s been a long time in between this new game and the last in the series. So, to refresh fans and newcomers alike, let’s take a look at the history of the series, and what’s to come.

A History of the Series

Before getting into the first two games, here is a little introduction for those new to them. Marvel Ultimate Alliance dates back to 2006. The game released for Xbox, Xbox 360, Playstation 2, and Playstation 3. This game released for both generations because of its placement in the console lifecycle. On October 24th, 2006, the Xbox 360 was almost a year old, and the PS3 was one month from release. For that reason, the last cycle and the current cycle of consoles got the game. We won’t touch on it much, but a watered down Game Boy Advance version also released. The game later released for PSP, Wii, and Windows, as well. Way, way down the road, Xbox One and PS4 players would get versions too. Let’s start with the original.

Ultimate Alliance is the product of Raven Software. The company used Vicarious Visions’ Alchemy engine, with ports coming from Vicarious Visions and Beenox later. Raven previously worked on two other Marvel games: X-Men Legends and X-Men Legends II: Rise of Apocalypse. The games were okay, but looked wonderful thanks to comic-like cel-shading. This was dropped for Ultimate Alliance, first titled as Marvel Legends. Mark Griskey, Chance Thomas, and Cris Velasco composed the soundtrack, adding up to almost an hour of original music.

A ridiculous number of heroes and villains show up in the game. The Wii port originally planned on including Link from The Legend of Zelda and Samus Aran from Metroid. Nintendo saw models of the characters, but they were in the PS2 game, angering executives. 23 playable heroes led the game, with 16 system exclusive characters. The game got high praise from critics and fans. A sequel was announced about a year and a half after the original. A more comic book infused story was promised with the sequel.

Announced in February 2008, the sequel to Marvel Ultimate Alliance came in September 2009. Vicarious Visions handled the Xbox 360 and Playstation 3 versions. n-Space developed Wii, Nintendo DS, and PS2 editions. Savage Entertainment developed the port for PSP. The mainline games from Vicarious Visions got a number of upgrades within the Alchemy engine. The team utilized the Havok physics engine, a 3D sound system, and lip synched dialogue. Overall, the entire game is a huge step up, with similar gameplay. As mentioned above, the story follows a famous Marvel run with its heroes. The Secret War arc is briefly introduced into the game, followed primarily by the Civil War storyline. So much so that fans choose between fighting with Iron Man or Captain America.

23 heroes are playable, with 11 system exclusives. The game was received slightly worse than the original. Most of the issues came from technical bugs in gameplay. Costumes in Ultimate Alliance 2 were a bit simpler, and fans wished for more, not less. The game ended up on Xbox One and PS4 in a package with the first game. Neither console, however, will receive the third game, Ultimate Alliance 3: The Black Order.

Development and Release of Marvel Ultimate Alliance 3: The Black Order

Marvel Ultimate Alliance 3: The Black Order is exclusive to the Nintendo Switch. Koei Tecmo’s Team Ninja is making the game, with no reference or tie in to the original two games. The game releases July 19, 2019. This version of the game is meant to take inspiration from the MCU. While the Infinity Saga is not played out in the game specifically, Team Ninja hopes to bring in new fans from the movies by using well known aspects of the story. Miles Morales and Spider-Gwen are great examples of some popular fan characters who aren’t in the movies but will appear in the game.

The game will launch with 35 heroes to play, with DLC promising tie ins to Fantastic Four and X-Men. There may even be more coming as well. Enemy wise, the story will revolve around Thanos and his Black Order. As they attempt to obtain the Infinity Stones, heroes will fight Sentinels, the Brotherhood of Mutants, some Sinister Six members, HYDRA, Ultron, and many more.

Why is the game Exclusive to Switch?

The ten year gap is strange for the series, but even stranger to some is the exclusivity on the Nintendo Switch. The goal behind the game is to embody a bit more of a comic book feel in the game this time around. For that reason, the cel-shading from the X-Men games is back and better than ever. It’s not quite Borderlands style shading, but much more in line with actual comics.

When Does Marvel Ultimate Alliance 3: The Black Order Release?

Marvel Ultimate Alliance 3: The Black Order releases July 19, 2019 for the Nintendo Switch. With DLC coming, it should be replayable for some time to come. For all things comic books, gaming, and geek culture, keep reading Comic Years for news, reviews, and everything in between!