There are a lot of things that feel awful. Waking up with a kink in your neck, for example, is unfortunate. Likewise, buying a game to only see it go on sale later that week is frustrating. Many companies have policies that are less than trustworthy, and it feels like you can’t rely on them. A new policy supporting Epic Games Store partial refunds is just the sort of rule you want as a gamer. Confidence in buying a game and knowing you’ll get the best price means people, including me, might not hesitate to make a purchase.

What is the New Policy for the Epic Games Store and Partial Refunds?

It’s not necessarily something companies publicize often, but refunds for price drops extend outside gaming. For years now, retail stores like Target and Best Buy offered refunds if a purchased item drops in price within a time period. For most stores, it’s something like 1-2 weeks. The perk of a policy like this is that consumers have to go into the store to get a refund. That means you might have some shoppers who see a price drop and think, “it’s not worth the trip back into the store.” On an online site, it’s a bit different, which is why some e-commerce sites don’t have a price drop policy. 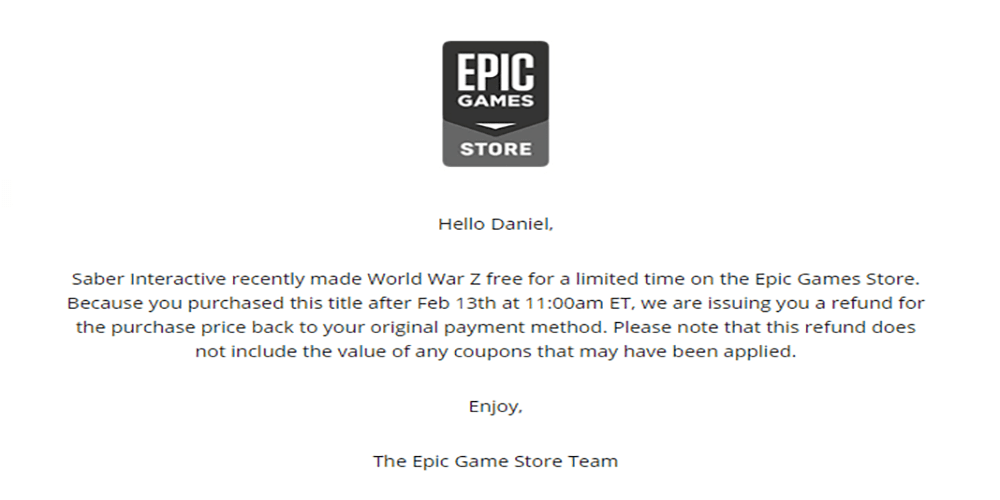 That’s why I was surprised to see talk online this weekend of the Epic Games Store partial refund policy. Interestingly, an article about the policy showed up as early as late March. As you can see from the image above, a purchase from February 13 refunded to a shopper when the game World War Z showed up on the store for free. It turns out too that if you buy a game on sale and it goes on a deeper sale, then you’ll get a partial refund. That’s a great way to get gamers shopping more often, and here’s why.

The Constant Fear of the Price Drop

If you play video games, then you know this feeling all too well. Firstly, you find a game you want to play. Secondly, you look around to see where you can get it for the cheapest price. Honestly, it’s usually places like Steam or the Epic Games Store, which offers free games like GTA V from time to time. Unfortunately, you find that game for the right price, and it drops days or weeks later. As it turns out, this leads to players waiting to buy games until they feel like the best price is available. With that delayed shopping in mind, places like the Epic Games Store are trying to improve consumer confidence. 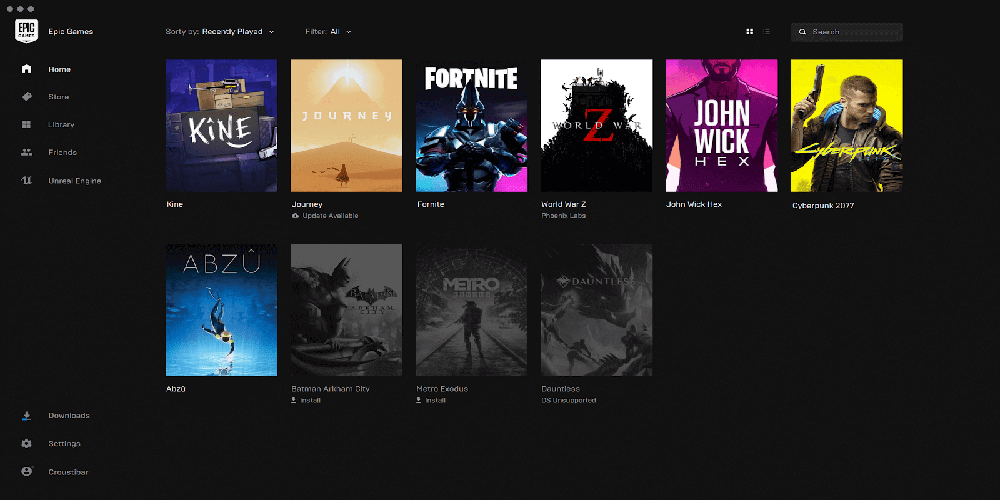 I think the policy benefits everyone. For starters, the Epic Games Store gets an increase in shoppers. If you have a great refund policy, then nobody is going to fear to buy something in the moment. Plus, gamers get a great deal too. This way, you don’t have to fearfully shop for games. It’s insane to me that some people only buy their games brand new and at full-price. So many deals come and go on games that the only time you really need to buy a game at full price is when your anticipation is maxed out. Otherwise, it’s best to wait for a sale. Even if a sale gets deeper in its price cut, places like the Epic Games Store seem to want to put the consumer first. That’s a great sign for everyone.