The High Republic: A Test of Courage Review | Comic Years

The High Republic: A Test of Courage Review 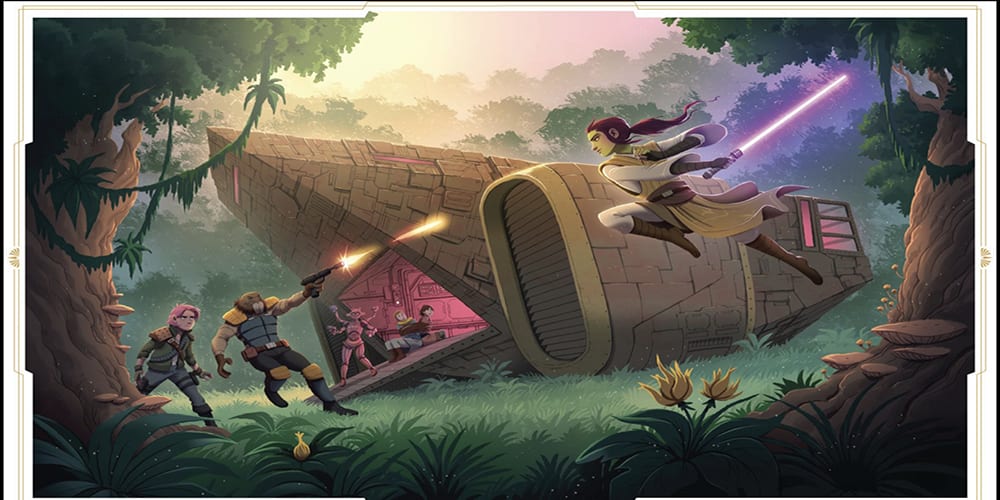 I’m all-in on The High Republic era. If you couldn’t tell, then here’s some proof. The High Republic: A Test of Courage is a canon junior novel for Lucasfilm Press and Disney. Sure, the age range targeted for a book like this is 8-12 years old. Like The Clone Wars animated series, however, this is not an exclusive target audience. There’s a lot I love about this story from Justina Ireland and I think it’s worth a read if you’re hungry for more Star Wars or High Republic adventure. From a strong protagonist to a diverse cast of characters that handle some pretty serious stuff quite well for their age, I think most Star Wars fans will find a lot to love in this book. Here’s my review for The High Republic: A Test of Courage.

A Young Jedi Knight Gets Her First Challenge 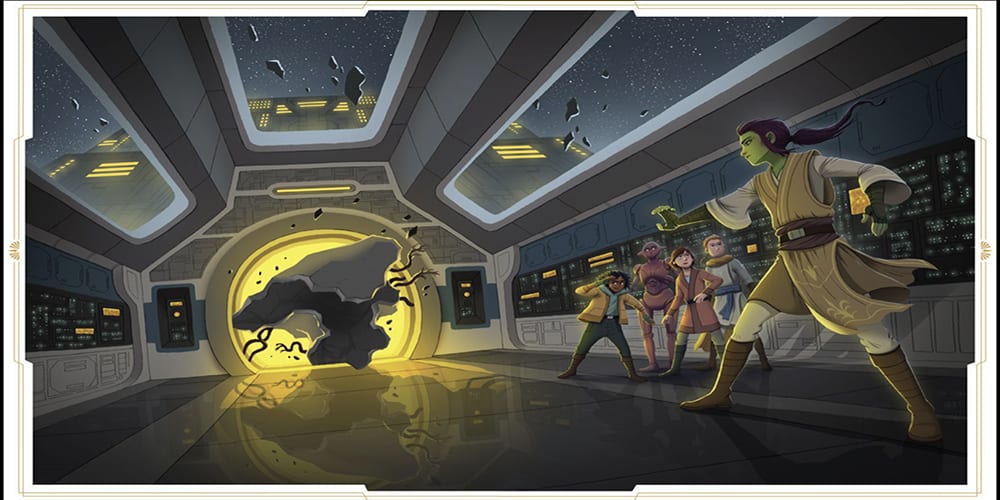 Vernestra Rwoh, a 15-year-old Mirialan, shows a lot of promise. Enough, in fact, that her Jedi Master and teacher Stellan Gios believes she’s ready to be a Jedi Knight. Earning the new title is a blessing and a curse for “Vern,” who holds the skills but lacks the confidence. Even from this simple setup, there are layers to the journey we’ll take with Vern. If you were ever in a gifted kids program, then you can relate to this early encounter with imposter syndrome. The pressure placed on children who show early signs of intelligence extends well to the Star Wars universe.

Vern is tasked with supervising Avon Starros, the young daughter of a Galactic Senator, on the remote outpost Port Haileap. Avon is an aspiring pilot and inventor, and despite only being 12-years-old, highly intelligent. Overall, the two clash a bit as Vern’s maturity is no match for Avon’s taste for adventure and hijinks. The two join a party traveling on the Steady Wing en route to the newly unveiled Starlight Beacon, a space station placed at the Outer Rim and a symbol of the Republic. When the Steady Wing is attacked by the Nihil, the two, alongside padawan Imri Cantaros, protocol droid J-6, and Honesty Weft, the son of a Dalnan ambassador, barely escape in a shuttle to the jungle moon Wevo.

Here, the young clan attempts to survive and deal with the deaths of Imri’s Master, Douglas Sunvale, among others who died in the bombing of the Steady Wing. Vern is now not just supervising Avon; she’s hoping to keep them all alive on this mysterious moon.

Is The High Republic: A Test of Courage Worth Reading for Adults? 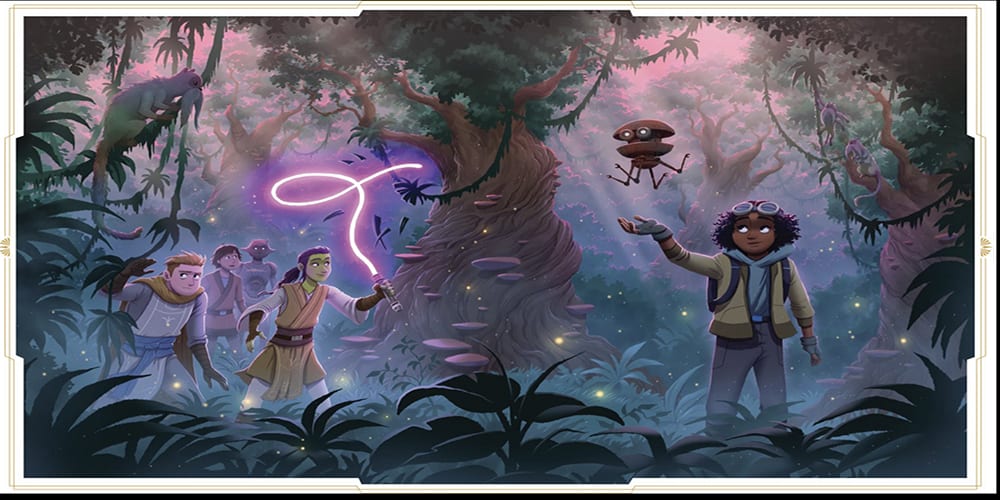 In writing my review for The High Republic: A Test of Courage, I’m keeping in mind that many of our readers are adults, like myself. Is a Junior novel really worth reading for those outside the intended age range? In this case, absolutely. Not only is the story itself compelling and interesting, but author Justina Ireland is a champion for Young Adult novels. She’s always pushing for more diversity in the writers and characters of YA novels, and that cause is on full display in this book in a great way. If you’re still on the fence, then Emily’s Light of the Jedi review might be a good place to start for you.

One thing I particularly like in this story is the depth of emotions the characters experience. Vern is facing her worst fear: the idea that she’s not as prepared for this work as her Master thinks. Imri, on the other hand, is experiencing grief and its power. The Dark Side calls to the young Jedi in a very real way. It’s an interesting thing to tackle in a book for young readers. I think it’s handled very honestly rather than in a manner that panders to a “do the right thing” approach you’d expect in a book for kids.

If you’re loving The High Republic era so far, then this is a great read. There are few moments that feel targeted specifically for younger readers. Otherwise, it’s a good read, and at 240 pages, a perfect weekend adventure to take from your couch or bed. The strength of this book lies in its young characters. Vern, in particular, and the way she rises to the challenge of her fears, make this book a great Star Wars adventure.