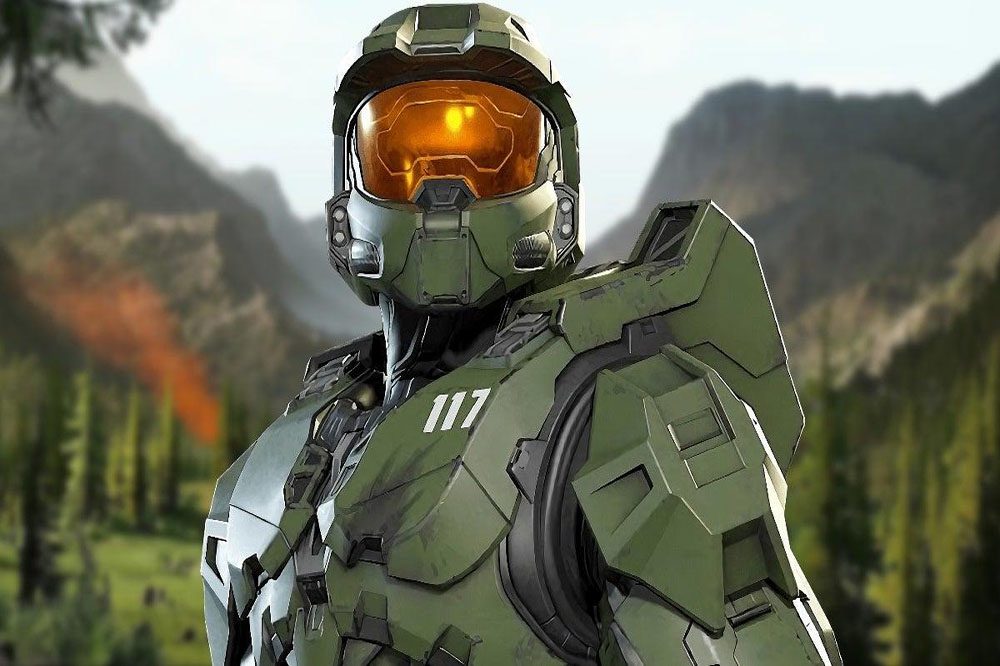 After delaying the game until after the launch of the Xbox Series X|S, Microsoft really proved it trusted 343 Industries with the vision it had in mind for the latest entry in the Halo franchise. There are a lot of shooters and action series in gaming. None, however, feels as timeless and primordial as Halo. When the multiplayer aspect of Halo Infinite launched early, players applauded 343 Industries and Xbox Game Studios for recapturing the magic of original Halo multiplayer madness. Of course, Campaign Mode is also a key element to most Halo games, often leaving fans either thrilled and inspired to go play more multiplayer or leaving them with a bad taste in their mouth. Halo Infinite features a Campaign that will almost certainly do the former for players new and old of this iconic series, so here’s our review. 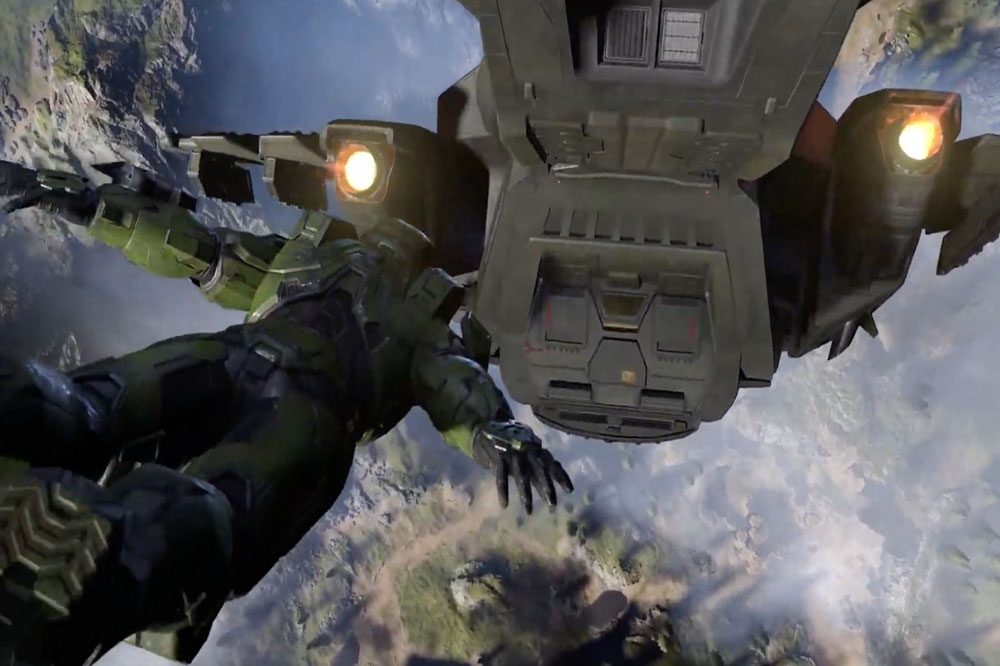 From the start of the Halo Infinite campaign, things feel wildly familiar. You’re tasked with the standard “eliminate all enemies in an area” job as past games. This time, however, you have a grapple hook. That’s right; the big surprise of the Halo Infinite gameplay premiere last summer really adds more than meets the eye. Your arsenal of familiar Master Chief approaches to clearing out grunts is transformed with this added tool. As you clear your way through the intro to the campaign, you get a grasp on what feels new and what still tastes as sweet as ever.

Upon clearing the pseudo-tutorial, you’re thrown into Zeta Halo, a vast space ripe with various missions to accomplish. Not unlike Far Cry 6, you can choose what to do in whatever order you deem fit. That’s a huge change from the cutscene-ridden missions of past games. Of course, things change. What doesn’t change, however, is the franchise’s ability to make the same encounters of one Spartan versus dozens of enemies exhilarating. Much like the unvarying approach the game offers to encountering enemies, the landscape is equally repetitive. That said, I had enough fun exploring Zeta Halo to not notice much of the gripes I mentally noted.

Traversing the map via vehicle or Spider-Man style grapple hooking is a ton of fun. You can encounter enemies you didn’t expect, which is also a nice touch. As you encounter new weapons, fun enhancements to your arsenal of tools, and new enemies, you simultaneously feel the same rush you did playing the original three games in the series but in a new light. It’s something many game franchises attempt to do; dance across the line of old and new. That said, Halo Infinite does it masterfully, taking what fans loved about the original titles and morphing them into a blueprint for the future.

The Future of Halo is Bright, but There’s Room to Improve 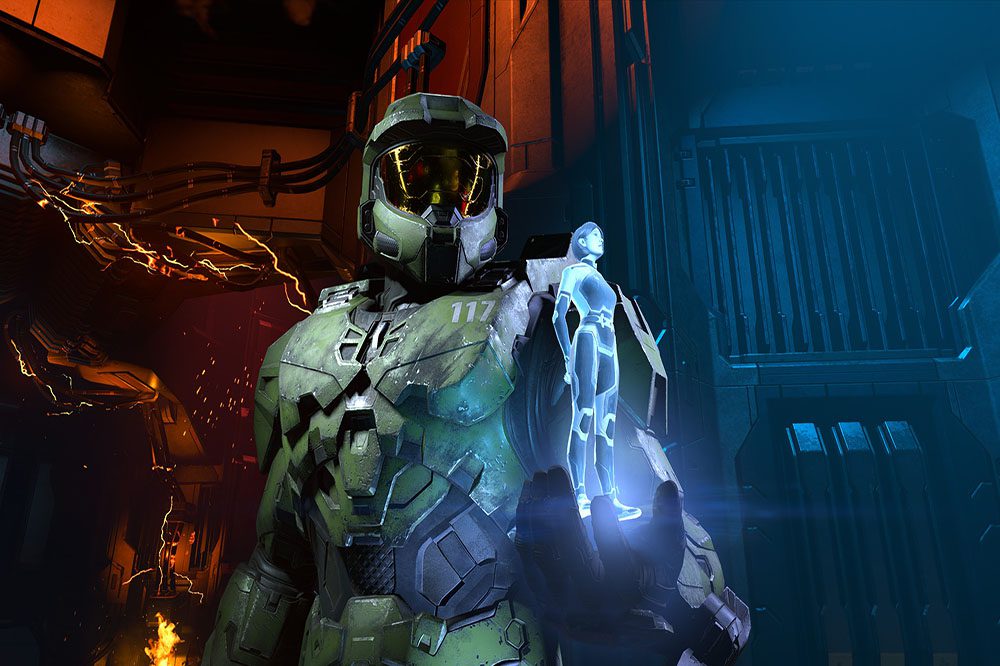 During my time working on this Halo Infinite campaign review, I couldn’t help but think about what comes next. Sure, the game just released, but 343 Industries expressed last year that Halo Infinite is part of a 10 year plan. With no sequels on the way, this is it: the experience previewed in the launch campaign of Halo Infinite with the inevitable promise of expanded areas, missions, and other content. So, what can improve moving forward?

First thing’s first, we need the co-op campaign. 343 Industries is working on the co-op experience, which many fans of the Halo franchise deem as a necessary part of the experience. I’ve completed all five mainline Halo games on Heretic or Legendary with a friend of mine. Those are some of the fondest gaming memories I have. I’d love to share that experience within the space of Zeta Halo. Another critique I had, the lack of multiplayer playlists, is changing when new ones arrive on December 14. So that’s squared away in my head.

Really, the thing I want most from the future of this game is expanded environments. It’d be great to feature varying climates and spaces where you have to adjust your gameplay approach to new variables. A frozen landscape where you need a heated armor power-up to survive the elements that weakens your speed? That’s just a little taste of what could come. 343 Industries, if you like the idea, it’s yours royalty-free. Really, the framework for a great decade’s worth of game add-ons is there. It’s just time for now to enjoy what we have before getting ahead of ourselves. 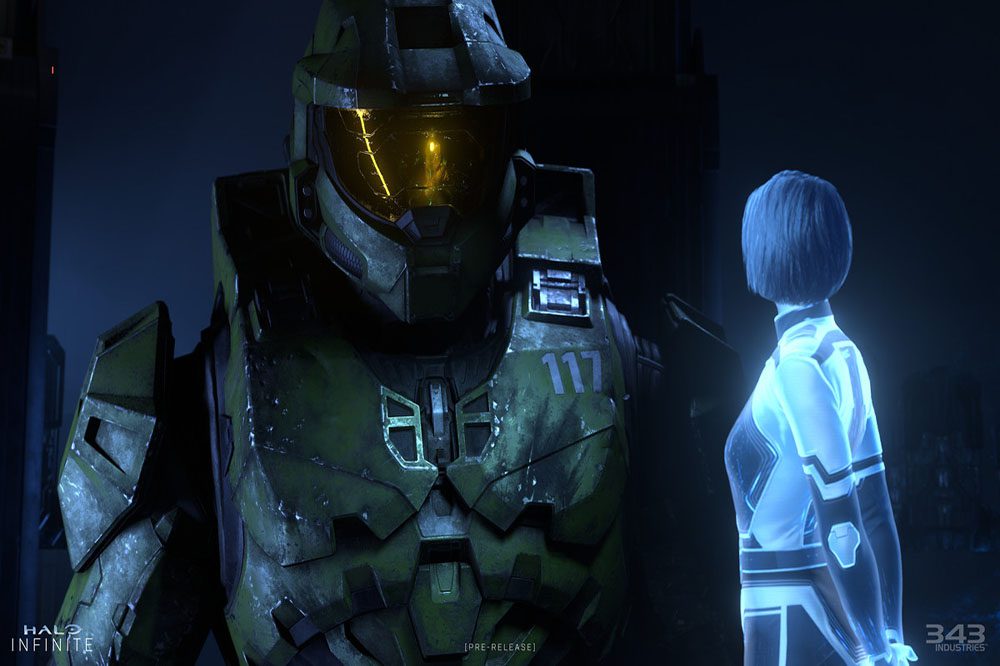 On a scale of 1-10, my review of the campaign in Halo Infinite is a 9. Unlike the experiences I had in games like Call of Duty Vanguard or Back 4 Blood, Halo Infinite offers something much more visceral than a good game. It’s quite truly the best of the historic franchise without rehashing what’s already been done. The bold changes applied to Halo 5: Guardians and even Halo 4 to an extent proved that less is more. Halo Infinite does so well with what it offers, which isn’t some vastly new Master Chief adventure. It’s the same, fun stuff we’ve wanted for years.

That said, less isn’t more when it comes to the lack of a co-op campaign at launch. I’d rather them get it right, so I understand the delay. That said, it’s also wildly disappointing that an open world game like this can features so few changes as you change from one part of the map to the next. This, again, is certainly a symptom of the extra time they had to put into the game after getting flack for its state at last year’s E3.

I asked earlier this year whether or not Halo Infinite’s success would decide Microsoft’s fate. If it does in any way, then it’s a good outcome for a platform in desperate need of great first-party games. The likes of Forza Horizon 5 and Psychonauts 2 certainly bolstered Xbox Game Studios’ reputation this year. That said, there’s no force quite like Halo. A great Halo game can do wonders for Microsoft, and they met the mark this time around. Let’s just hope the next decade of content coming to the game is just as enjoyable.

Halo Infinite is Available Now for Xbox Consoles and PC

If you’re eager to try this one for yourself, then you can do so right now. Halo Infinite is available now for Xbox consoles and PC. If you played the game, then let us know what you think in the comments. Thanks for reading Comic Years for all things gaming, comics, and pop culture.