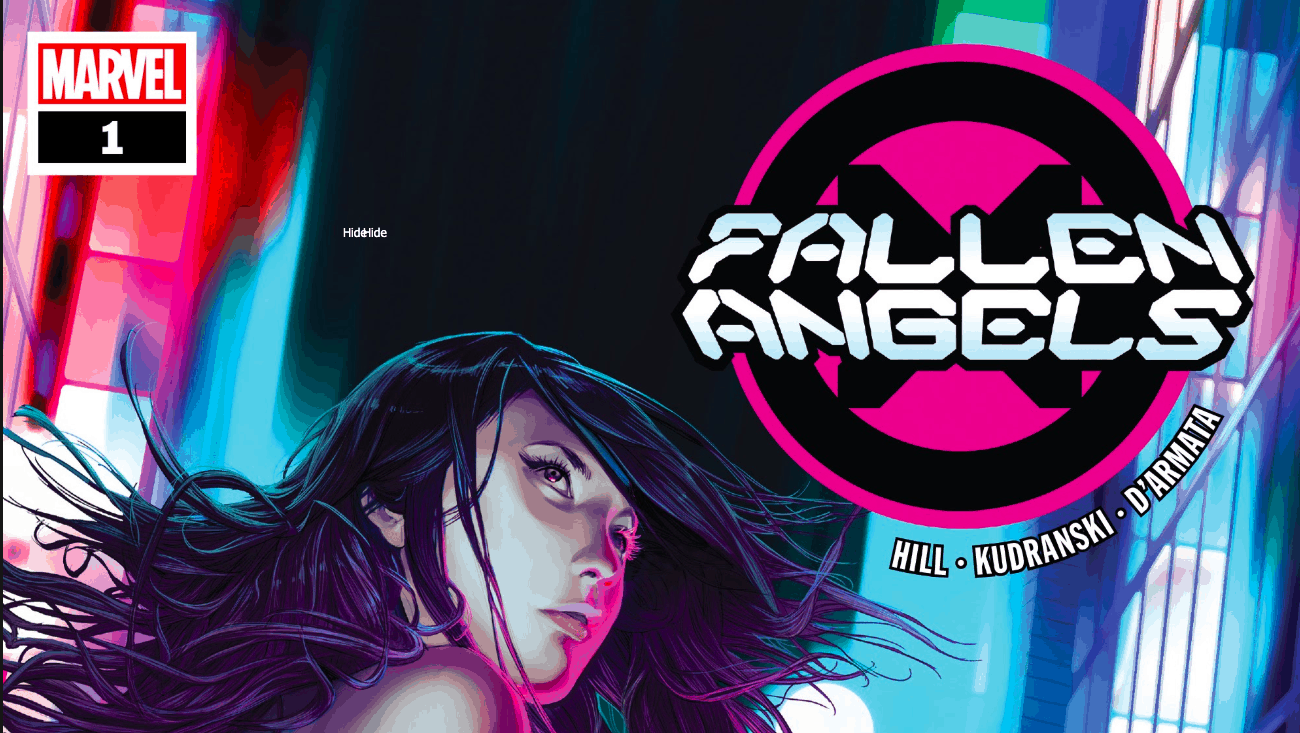 After the events of X-Force #1 (which will be seriously felt for some time, in all titles, it seems), Krakoa is on lockdown. But what happens when Kwannon—the mutant that Betsy Braddock once inhabited—has a powerful vision of an apocalypse-level event that she fears only she could stop? Officially, with just Magneto in charge of the silent council, she can’t leave the island. Unofficially…well, that’s how Bryan Hill creates the Fallen Angels, a really odd mix of mutants who are still unsure if they fit in the new Krakoan society.

Kwannon decides to take the name Psylocke since her body hosted that persona for so long. She wants to own it. She’s driven to stop this new threat, Apoth, but she knows she can’t do it alone, but she needs people not just willing, but wanting to leave Krakoa…which brings her to two soldiers who have no idea what to do with peacetime, X23 and Cable. When Hill introduces us to these two Fallen Angels, they’re watching people dance, which to them means… 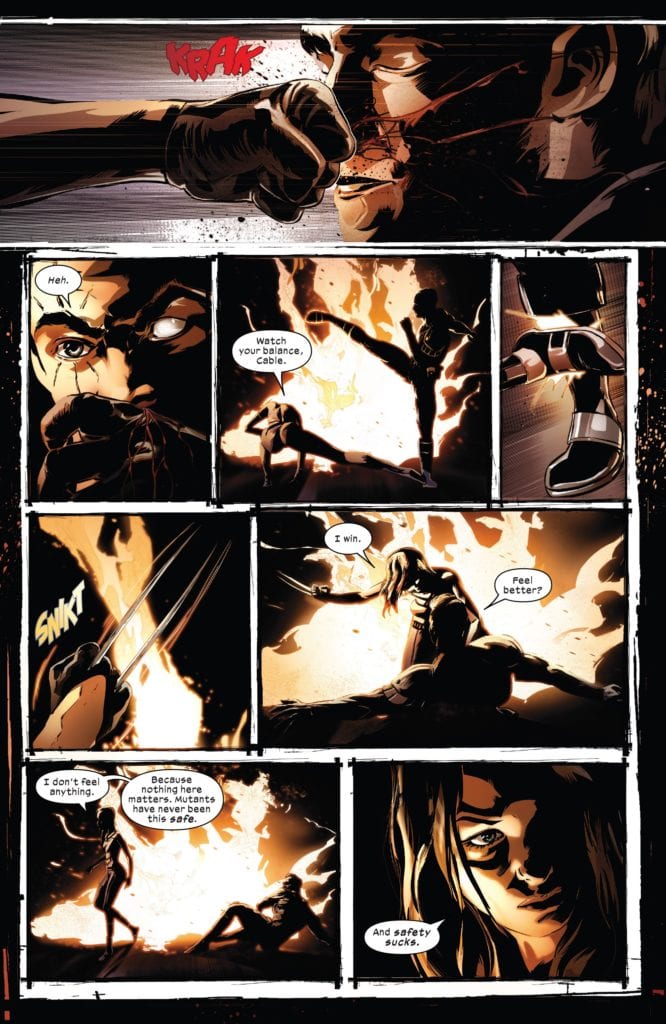 Laura’s words pretty much answer why there needs to be a team like this, out in the “human world.” Krakoa isn’t quite for everyone, and Psylocke reminds them of that: 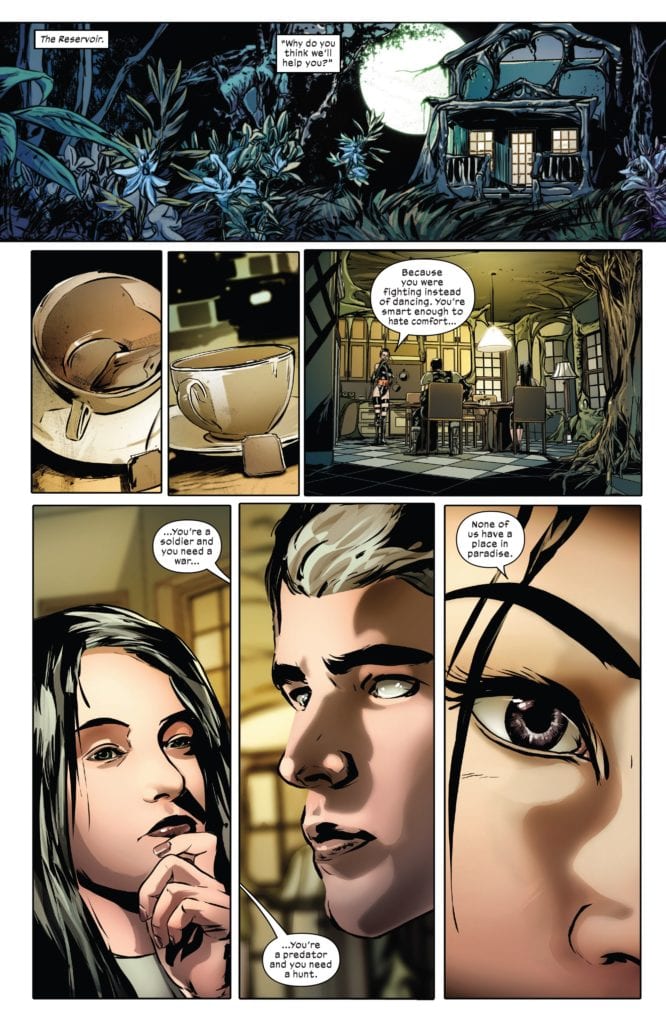 The “Professor X” of the Fallen Angels is a Brilliant Choice.

Every X-Team has the leader, and then the mentor. For the X-Men, this was Cyclops and Professor X. For the original X-Force, it was Cannonball and Cable. So, with Psylocke as the leader of the team, who does Hill choose as mentor to the Fallen Angels? Everyone’s favorite sassy mad scientist, Mr. Sinister! 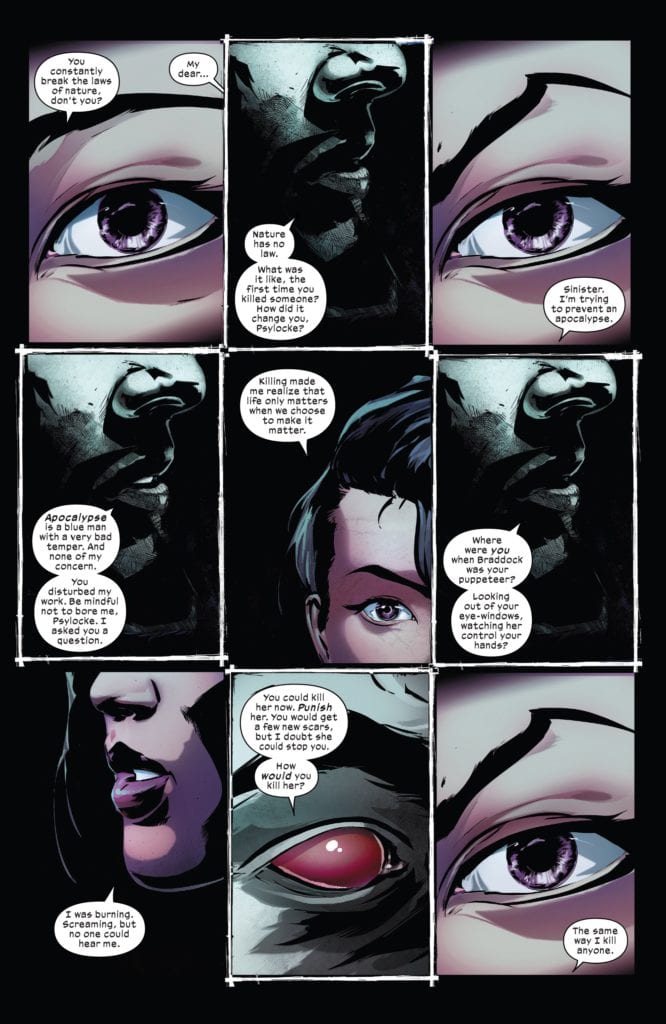 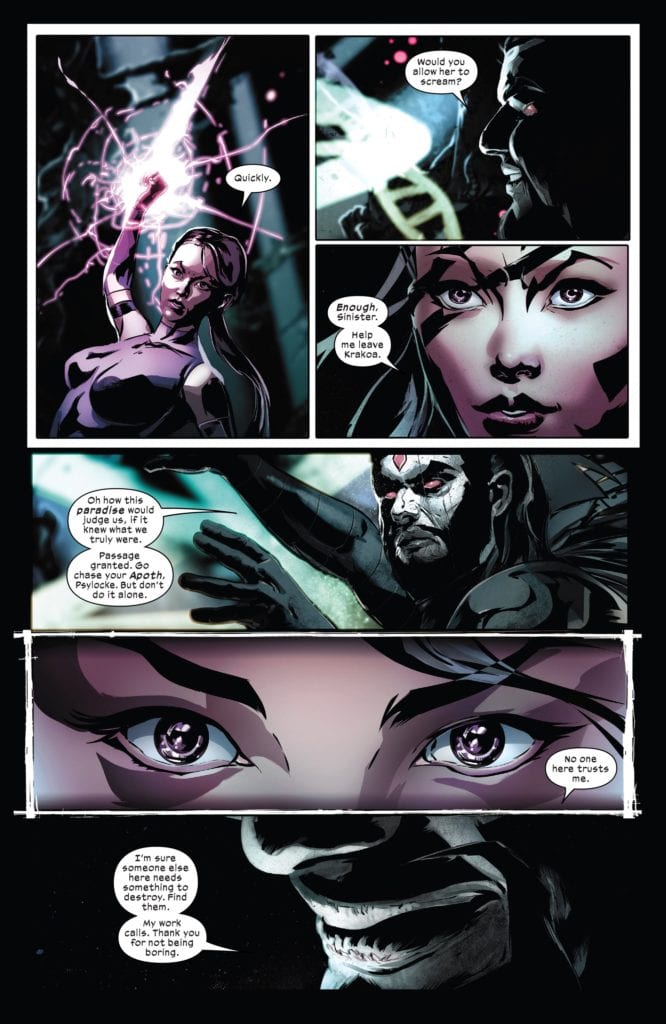 Mr. Sinister demanded he is featured in at least two images in this review. (Image: Fallen Angels #1, Marvel Comics)

It’s definitely the right choice for this team. Professor X is, well, incapacitated at the moment. Magneto’s trying to live his friend’s dream. Apocalypse is already filling that role for Excalibur, and White Queen for the Marauders. And this team isn’t a CIA/FBI kind of team like X-Force is becoming. Fallen Angels needed someone with a very loose grasp on morals but who also wants Krakoa to succeed, and Hill found that with Mr. Sinister (shouldn’t his name actually be Dr. Sinister? This always bugs me!)

The art in Fallen Angels is intense—and not just because there’s a lot of closeups on eyes and mouths, which is quite an unnerving factor.  But between these really dark pages, Kudranski and D’Armata flip to painfully bright and colorful. Throughout Fallen Angels #1, Hill has a series of flashbacks that reveal something about Psylocke that sets the series going forward. For these flashbacks, the art team turns the color and intricacy up 100 times over. Even the panel outlines become part of the art, as we see here: 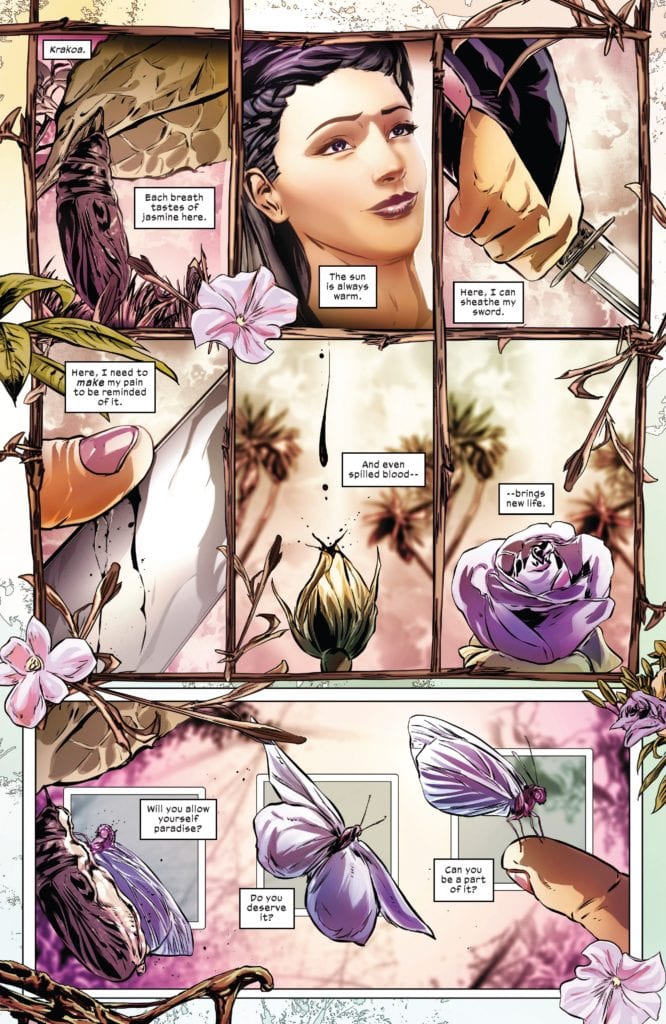 So, there is a definitive reading order to Dawn of X:

The X-Writers are working very closely together so that the books are closely connected. And X-Force #1 was the big climax of these six issues. But it seems that the X-editors took a cue from Game of Thrones and put the big cliffhanger in the penultimate issue instead of the last one. This makes a lot of sense. By the time we get to Fallen Angels, the country of Krakoa has a full character arch, and Hill gets to explore the tone of the X-world in the aftermath of that devastating last page in X-Force. He also shows how tightly knit these books are. Fallen Angels might not be the most exciting first issue of Dawn of X, but it is one of the most interesting.

Grade: I want to be a butterfly! 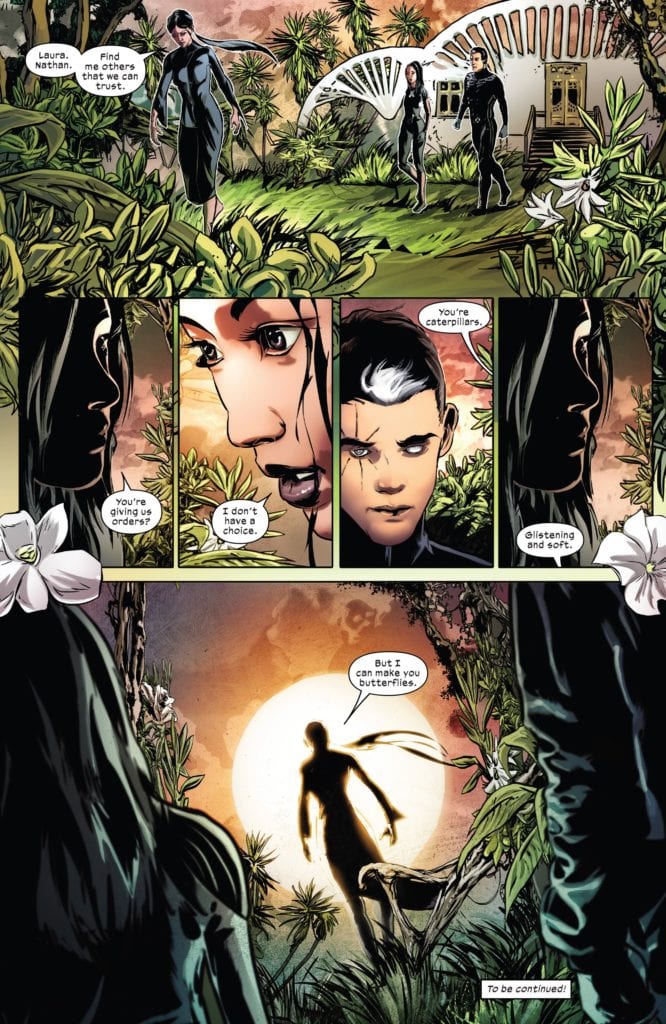