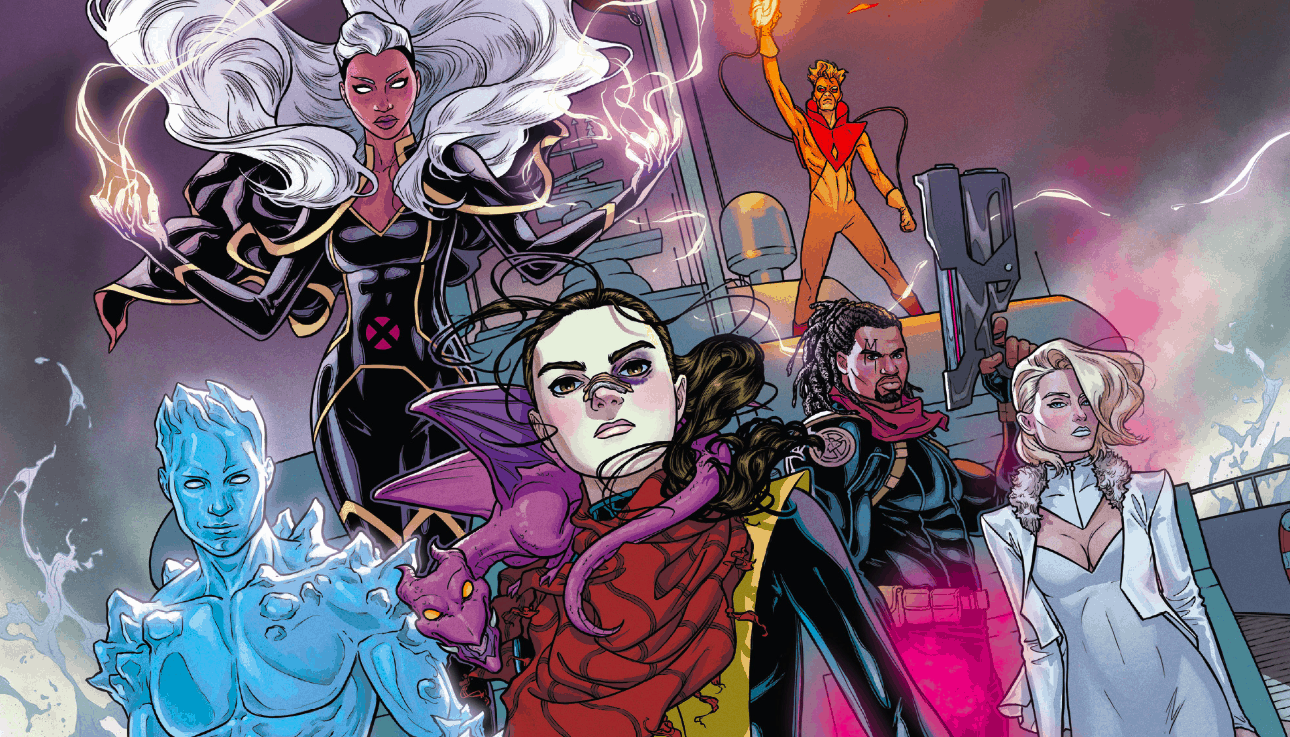 Since July, Jonathan Hickman was the only person writing an X-Men title. But now that we’re in Dawn of X, we’re getting a first wave of six titles—and Hickman can’t write them all. Today, we got the first non-Hickman X-Men title. And “X-Men” isn’t even in the title! The pressure is on for writer Gerry Duggan to prove that this new era of X-Men works beyond Hickman’s pen. Thankfully, what Duggan does with Kitty Pryde and her new team in Marauders #1 puts any worry to rest. The first non-core book of Dawn of X is a spectacular adventure.

Krakoa is set up as a safe haven for all mutants around the world. All a mutant needs to do is walk through one of the many portals, and they are welcomed home. Walking though things is kind of Pryde’s thing. She’s the girl who can walk through walls. But in Marauders #1, Kitty Pryde goes to the portal and this happens: 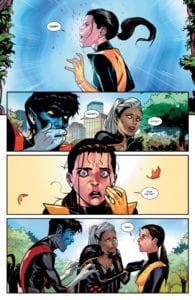 Krakoa must have used Windex on the gate. (Image via: Marauders #1, Marvel Comics)

Ouch. Kitty ends up having to steal a boat (and pack it with Wolverine’s shopping list) and sail to Krakoa. But when she arrives, she realizes that she can’t live on the island. Krakoa needs to give each mutant a plant to grow their homes, and the big mutant island isn’t welcoming her, for whatever reason. So, Kitty is a citizen without a nation. And Emma Frost sees that as a great opportunity.

Turns out, setting up an island nation has some pretty hard bumps in the road. A lot of mutants are stuck in nations that refuse to acknowledge Krakoa’s sovereignty, such as Russia and Brazil. These governments have blocked off the Krakoan portals and are willing to kill any mutant who tries to pass through—from either side, as Iceman learns when he attempts one. 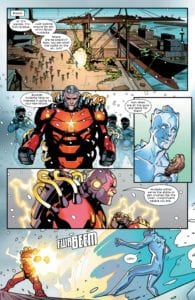 This scene somehow ends with Iceman in his tighty whities, but you’ll have to read the issue to find out how! (Image via: Marauders #1, Marvel Comics)

Not only are these countries trying to prevent mutants from leaving, but there are humans who need the Krakoan drugs the rest of the world will receive. Emma Frost wants to control both the open market and the black market. So, enter Kitty Pryde (her third choice, but still…) to lead the Marauders. She can’t live on the island, and she just spent some time sailing and liked the high seas, so who better to captain the Hellfire shipping boat? No, seriously, who? We know Storm was Emma’s first choice, but we don’t know who she asked next.

Kitty, Iceman, and Storm set out to Russia to save the mutants Iceman found held hostage. Oh, and it turns out that Pyro—the Pyro—was sleeping in Kitty’s boat, so he just kind of goes along with it. And Lockheed the dragon. After an excellent battle with the Russian military, which once again shows how terrifying her powers really are, Kitty Pryde promises the world that where mutants are prevented from going home, the Marauders will come to the rescue: 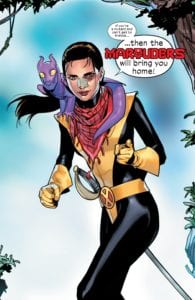 Duggan’s writing is great, and Matteo Lolli and Federico Blee deliver an outstanding first issue that holds its own against Hickam and Yu’s X-Men #1. X-Men Pirates. What a time to be alive.

Grade: I wants some of Wolverine’s Cubanos! 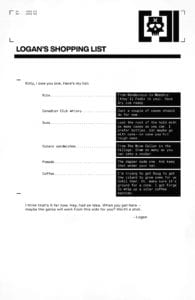 Of course Wolverine is a Dapper Dan man. (Image via: Marauders #1, Marvel Comics)

Evil Renewed for Second Season by CBS, Will Only Run for 13 Episodes
Hocus Pocus 2 Officially In The Works At Disney+