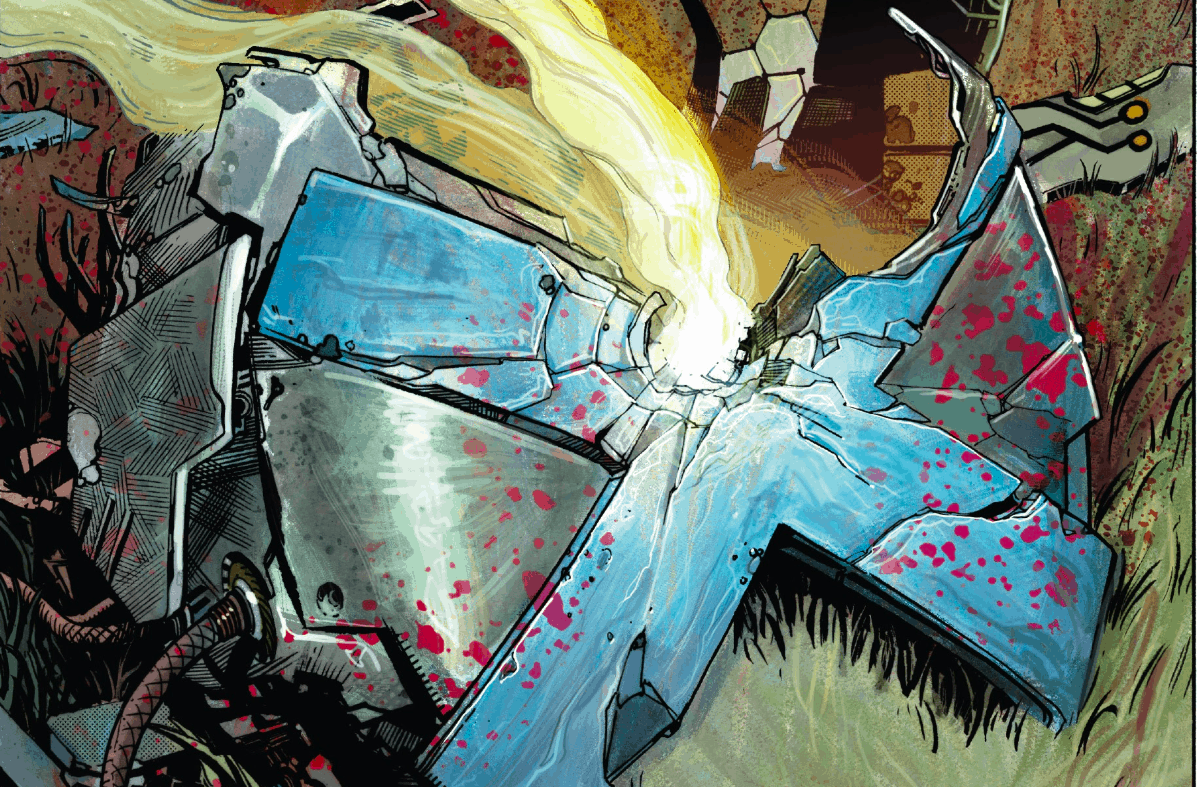 Now that the debut issues of all the Dawn of X titles are out now, the mission of the X-Men franchise is much more apparent. And what we have, from this first wave, are several strands that connect the stories together. Jonathan Hickman and the large team over at Office X clearly have a game plan, and if they can pull this off, the X-Men will once again be the best franchise in the business. So, how does it all work? 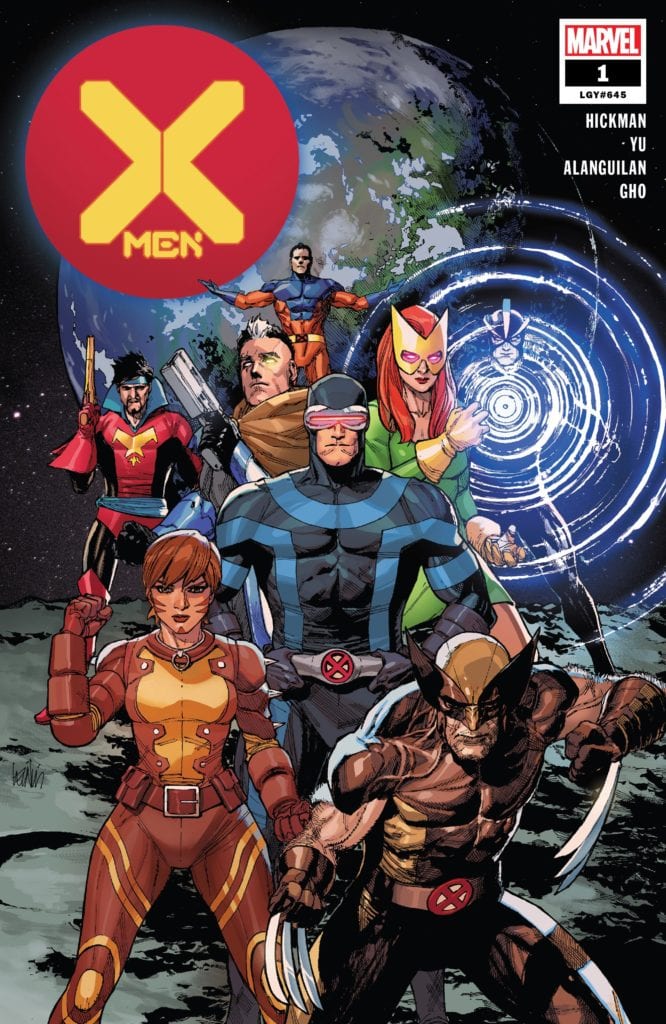 And now we meet the X-Men, unlike we’ve ever seen them before. Mutants are finally united under one banner. Even their biggest villains like Apocalypse and Mr. Sinister are all on the same team. We see Cyclops lead a team to free imprisoned mutants, including Storm, Polaris, and Magneto. But most of the issue focuses on House Summers…on the moon. This is where the now-infamous info page might reveal that Jean Grey, Cyclops, and Wolverine are in a polyamorous relationship. And visiting the summers? His father, Corsair, and the cosmic pirates the Starjammers. And we’ll see that come to play in another of the Dawn of X titles. Even though we wouldn’t know it for another three weeks, it was the first thread. 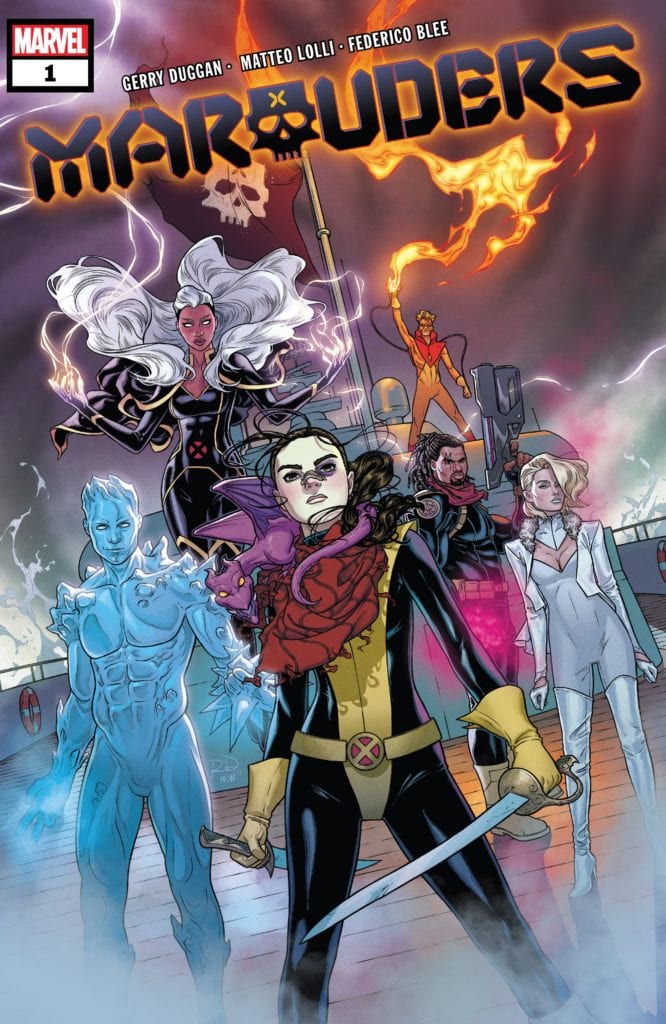 Our second title starts with fan-favorite Kitty Pryde breaking her nose on a Krakoan portal that won’t let her pass. Poor Kitty. While this is a setback, it gives her a chance to discover a new cause—sailing. As it turns out, the X-Men need a captain to bring the new Krakoan drugs to various parts of the world while also controlling the black market, and freeing mutants wherever possible. Their first stop, in Kitty’s beat-up little boat (she hasn’t gotten the freighter yet), is Russia, where she, Pyro, Storm, and Iceman rescue mutants that the Russian government refuses to let free. As they become the Marauders, they sail back towards Krakoa. Once again, other titles will pick this up a little further down in Dawn of X. 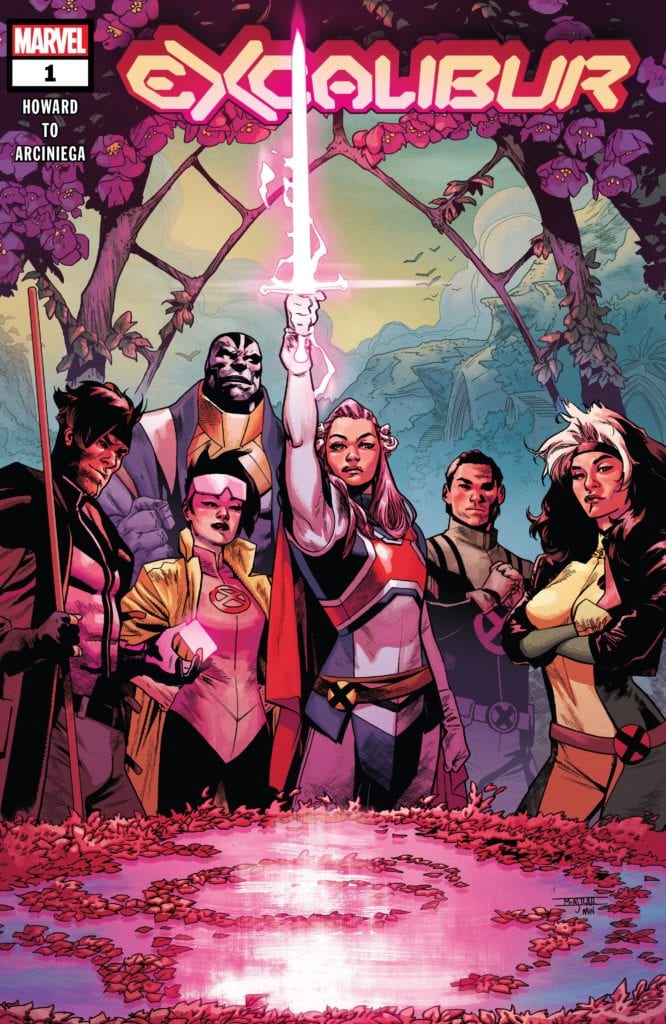 In the third of the Dawn of X titles, we drift a little away from Mutants making a place for themselves on Earth, to Mutants making a place for themselves in the multiverse. There’s a mysterious Krakoan gate that Apocalypse is investigating, and calls on Betsy Braddock to help. As big as an impact that the new Krakoan society is having on Earth, it turns out it’s affecting other realms, too, such as the magical reality of the Otherworld. When Betsy and her brother, Captain Britain, go to investigate, it goes…badly. In the end, however, Betsy Braddock is the new Captain Britain. 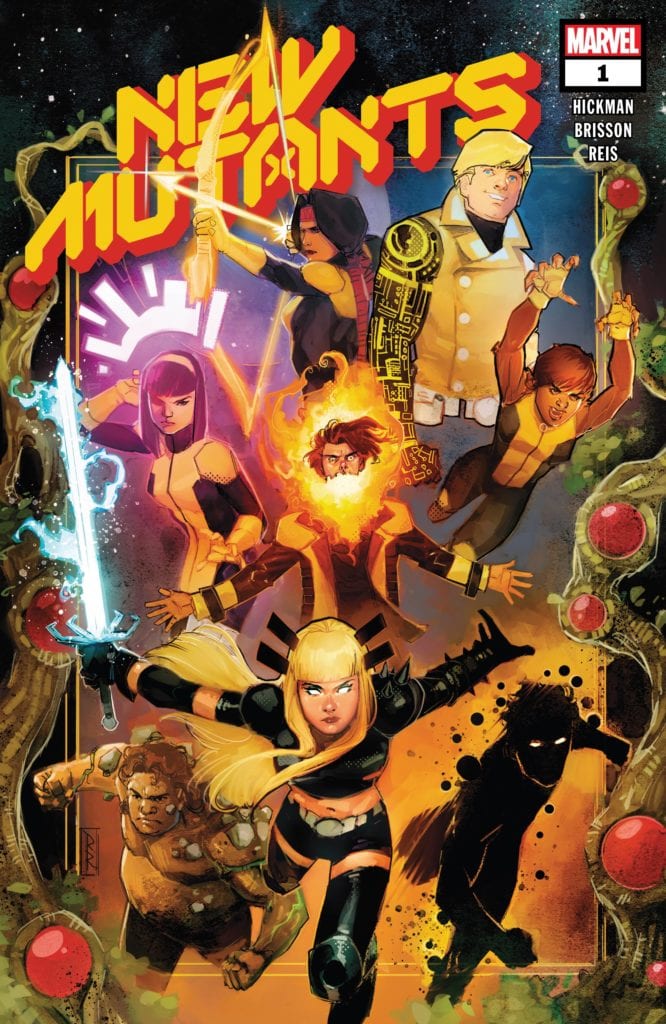 It might seem small, but this is the first time we see a thread popping up in one of the Dawn of X titles. The New Mutants want to go to the Shi’ar empire to bring their friend Cannonball back to Earth so that he could enjoy the new nation of Krakoa. Of course, they wind up in a lot of trouble, but it’s how they get there that’s interesting: the Starjammers, who were visiting House Summers. A small plot point in the first title turns into a significant plot point in the fourth title. 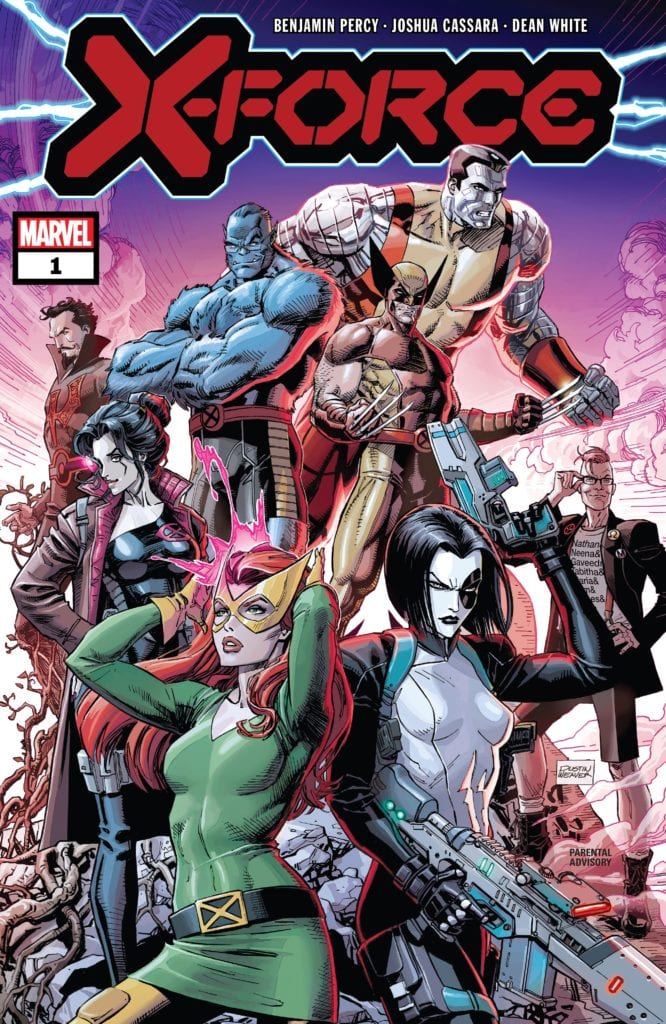 Of all the Dawn of X titles, X-Force has the most critical moment, which we’ll get to in a minute. First, however, is the return of a little ship of mutants with Kitty Pryde at the mast (is that proper sailor talk?). And on this ship is a very bruised and battered Colossus, who happened to be in Russia when Kitty and her team were saving the day. However, while one thread ends in X-Force, another begins. Krakoa is attacked for the first time, and the X-Men lose their most crucial citizen: Professor X, the man who makes the resurrections possible. 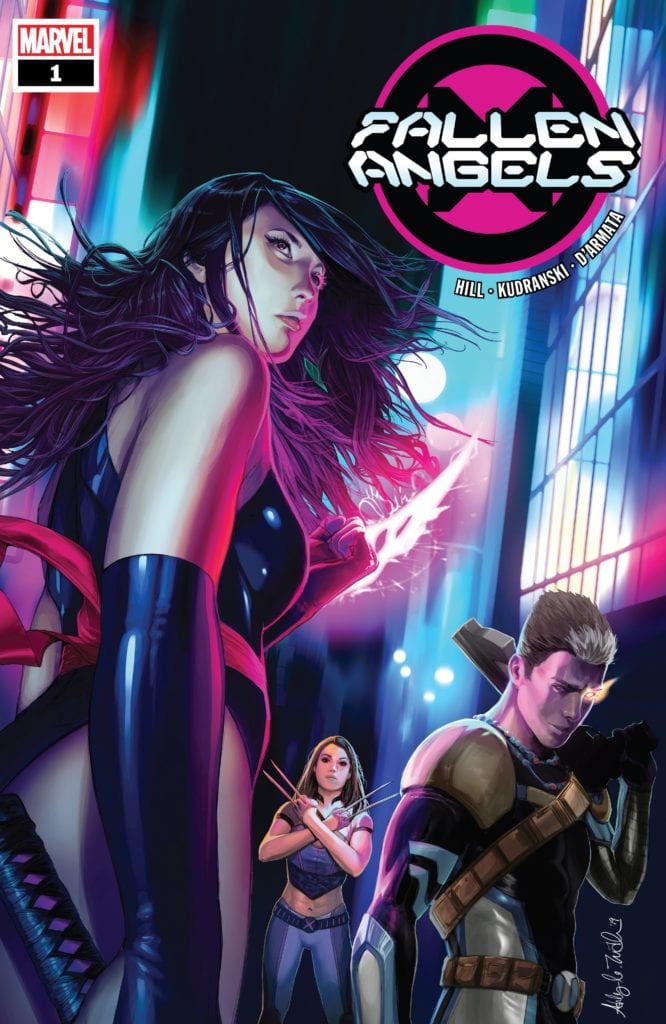 Immediately after X-Force #1, we see that the Dawn of X titles will not just tie together small happenings like Kitty’s ship or a ride from the Starjammers, but crucial moments. Xavier’s death comes up very quickly, as the entire island is on lockdown, and Psylocke’s new team needs to sneak off with the help of Mr. Sinister. She also runs into—and avoids—Captain Britain, also known as Betsy Braddock, also known as the woman who took over Psylocke’s body for about a decade.

House of X and Powers of X were described as “two series that are one.” With the first wave of the Dawn of X titles, we now have “six series that are one.” This makes the entire reading experience a lot more exciting and worthy to invest in. There’s no outlier series. All of them influence the other. We might not know how Fallen Angels or New Mutants will weave into future titles yet, but we know that they will. What the X-team at Marvel has accomplished is getting us to see what’s happening in every corner of the Krakoan society. Also…they’re getting us to buy six $3.99 titles a month with more to come. Well played, Marvel. Well played.

The Rest of the X-Office:

Aside from the writers, artists, inkers, colorists, and letterers, there are a lot of others involved with making all of this happen. So, let’s make sure we give them credit:

But there’s also one more title, new for Marvel Comics…

Hickman is the spine of the franchise now, but thankfully, this is an adamantium spine. 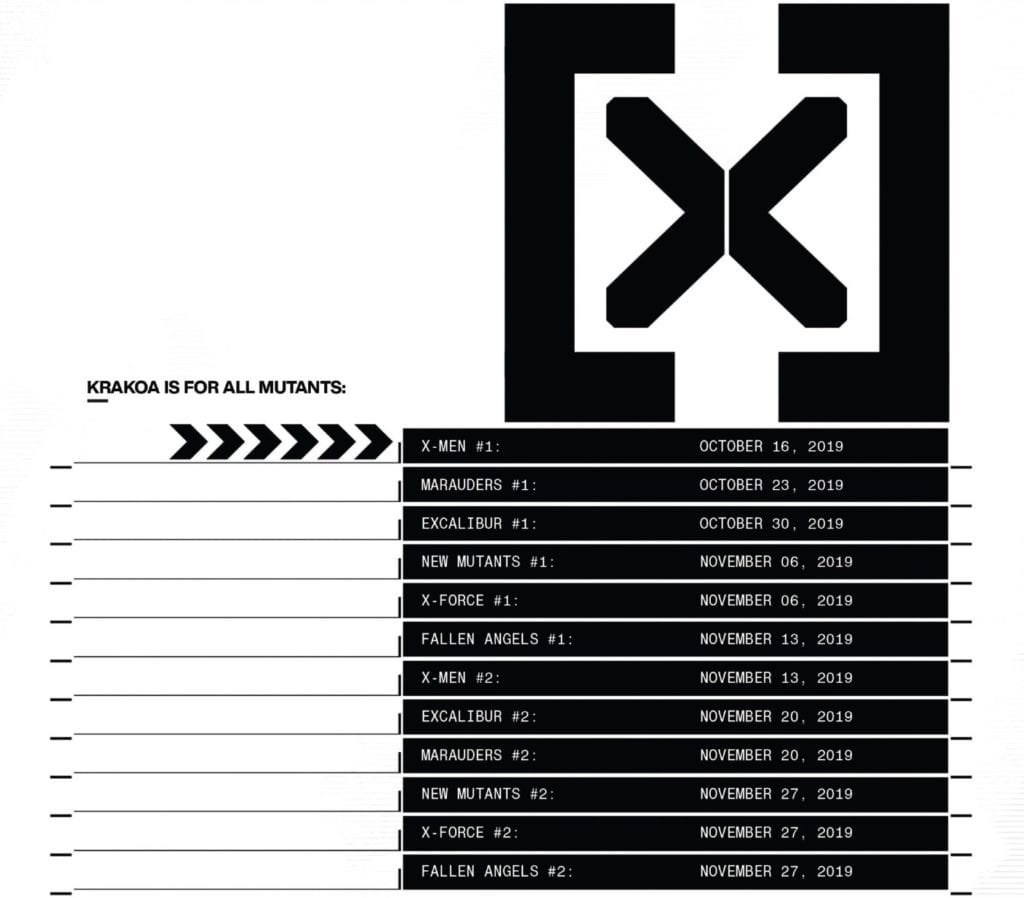