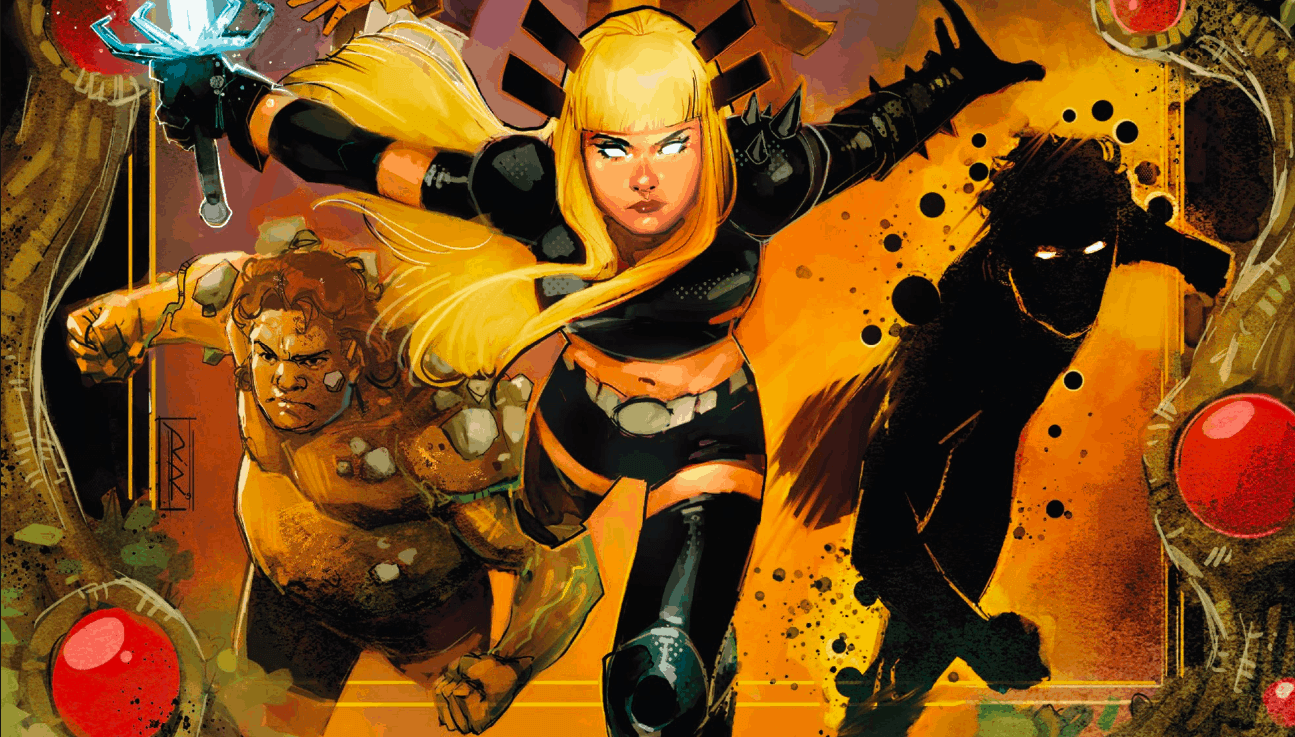 Well, we’re at book five of six of the Dawn of X era, and again we’re going back to a classic title. New Mutants was a runaway hit when Claremont started it back in the 80s and gave us characters like Cannonball, Mirage, Sunspot, Cypher, Boom Boom, Karma, and more. Now they’re a bit grown up. In fact, they aren’t really the “new” mutants anymore, a point Brisson and Hickman make on the character synopsis page of New Mutants #1: 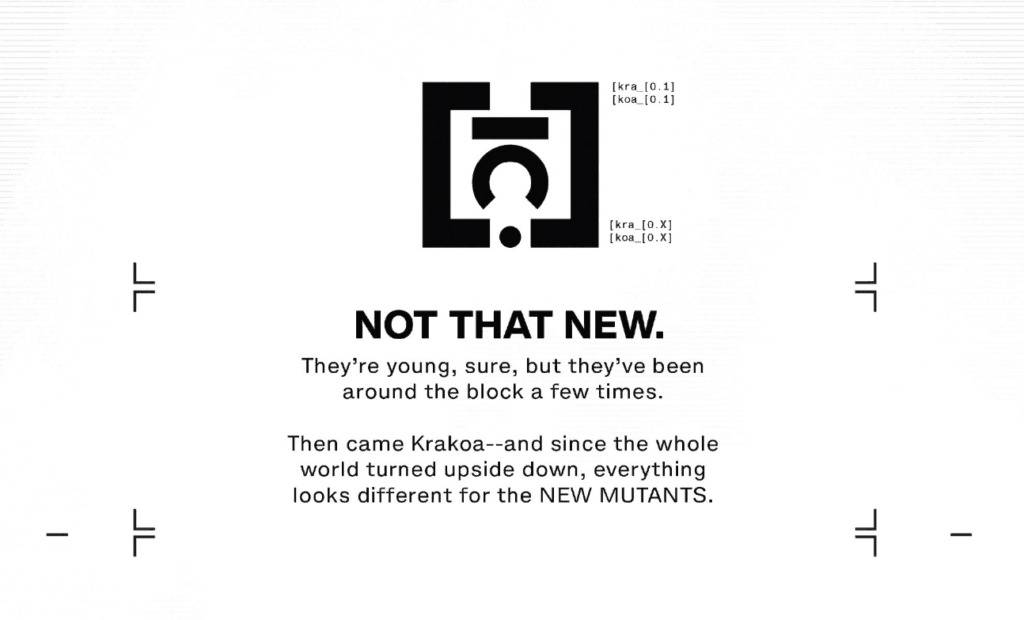 So, with most of mutantkind enjoying paradise, what can an old team of New Mutants do to keep busy? How about fly to the Shi’ar Kingdom, a few billion miles away, to get their good friend Cannonball to come home?

After the first issues of X-Force and Excalibur, it kind of felt like Dawn of X was getting more and more serious. X-Force was especially brutal. But that’s not what Brisson and Hickman are doing in New Mutants. There’s not even a crisis that makes them fly into space with the Starjammers to get Cannonball. They’re just bored and want to see their friend, and Corsair was visiting Cyclops at the time: 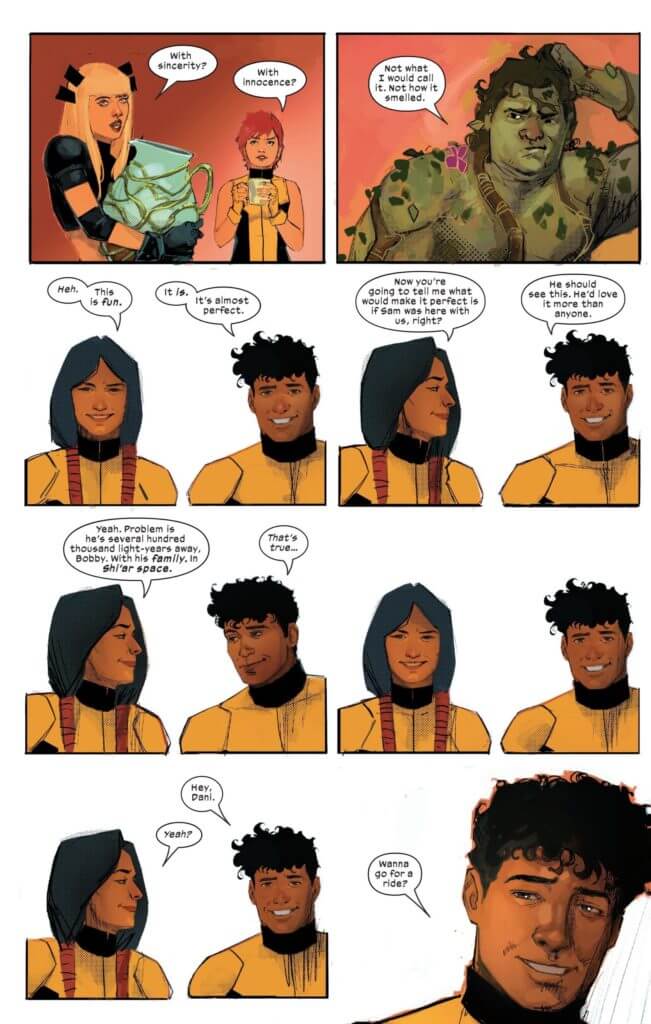 Who would say no to space? (Image: New Mutants #1, Marvel Comics)

The fact that New Mutants #1 and X-Force #1 came out the same week is significant for two reasons. The original New Mutants series led to the original X-Force series, and, chronologically, it’s better to read them in the same order here. Also, we get the darkest and lightest books in the same week. After the unnerving experience of X-Force, New Mutants is a good balance. And a lot of that has to do with the art.

Rod Reis’s art feels like watercolor artist Jeanne Larson decided to make comics one day. We get beautiful images of characters, like this one of Rhane Sinclair, in blissful contemplation after the Resurrection Team brought her back to life (she died a pretty horrible death in the last volume of Uncanny X-Men). Aside from the X-Uniform, the image can fit right in a textbook of art from 200 years ago (I think—I don’t know my art eras): 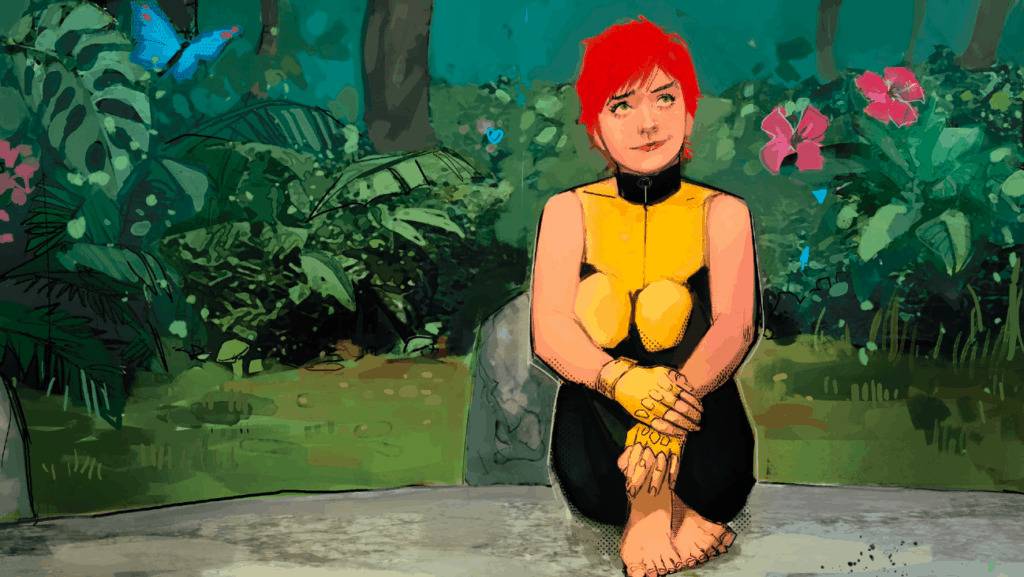 And then we get pulled into this new world of mutants, where Reis’s style makes it feel ethereal. Since House of X and Dawn of X began, the Krakoan society felt like it was a soft and magical place. We don’t get that better than in Reis’s art:

However, when Brisson and Hickman take the New Mutants into space, the dreamlike artwork doesn’t seem to fit anymore. Spaceships and technology are out of place and doesn’t feel natural, and the work itself starts to get less detailed. Or maybe the first half of the issue, as beautiful as it is, kind of spoils the second half. We get a few great images, but it just doesn’t seem to match.

Aside from most of the original core team (apart from Boom Boom and Cannonball), two Generation X favorites join the quest to find Cannonball: Chamber and Mondo. Chamber is one of the coolest looking X-characters ever. This dude just walks around with his chest and lower jaw replaced with a billowing inferno, and Brisson and Hickman waste no time letting him display his powers in New Mutants—with some of Reis providing some of the best coloring in comics: 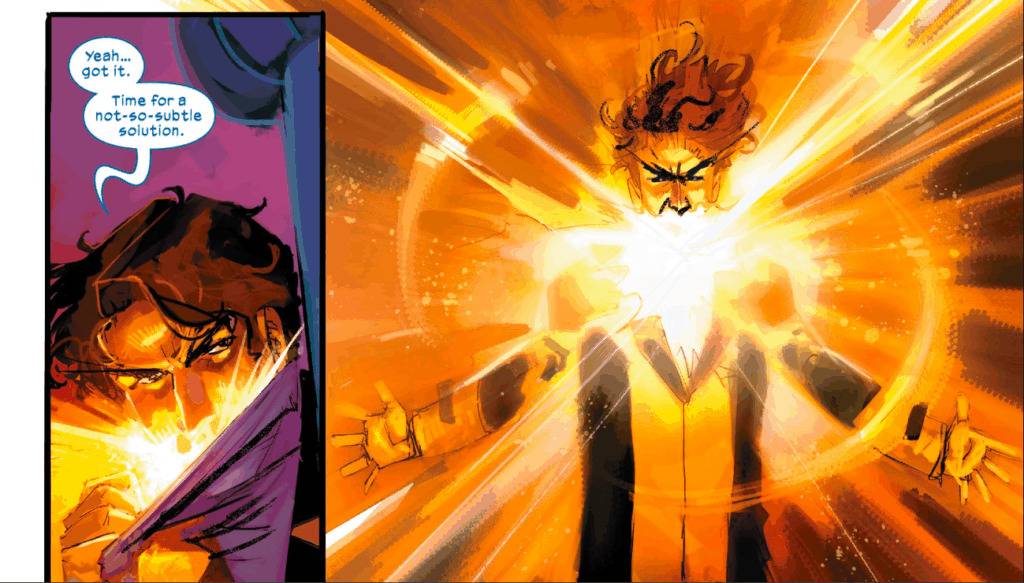 And Mondo? Who doesn’t love Mondo? He’s…Mondo. Okay, I don’t know much about Mondo, but after one issue with him, I love this guy. Maybe it’s because he’s one of the rare fat superheroes, so he’s representing us big guys. Or it’s his Zen-like demeanor and cheerful disposition, another thing not entirely common in superheroes, especially mutants. Whatever it is, Brisson and Hickman were spot on bringing him into the New Mutants. He feels like he’s at home with them. 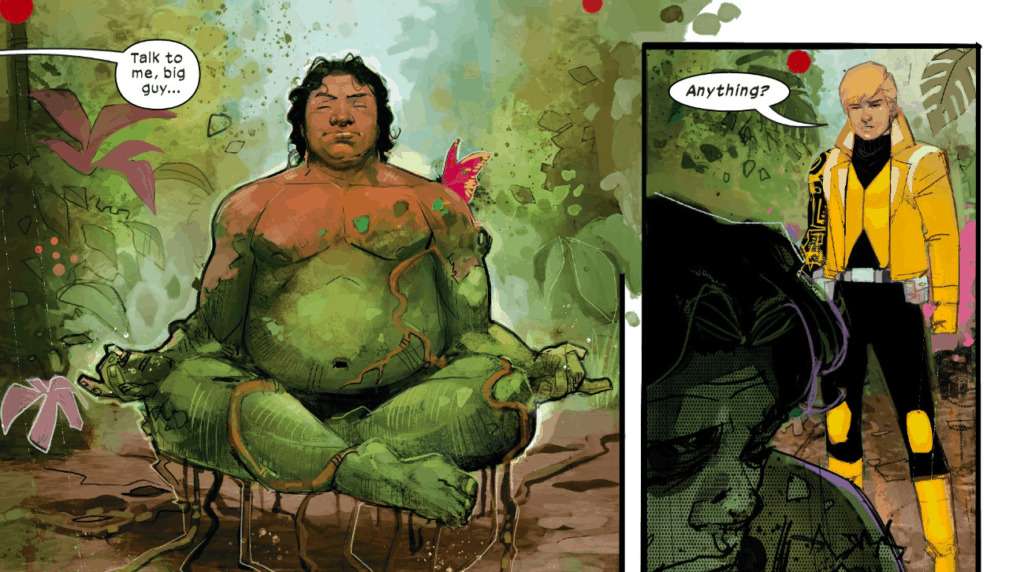 Grade: I can’t wait to meet this character: 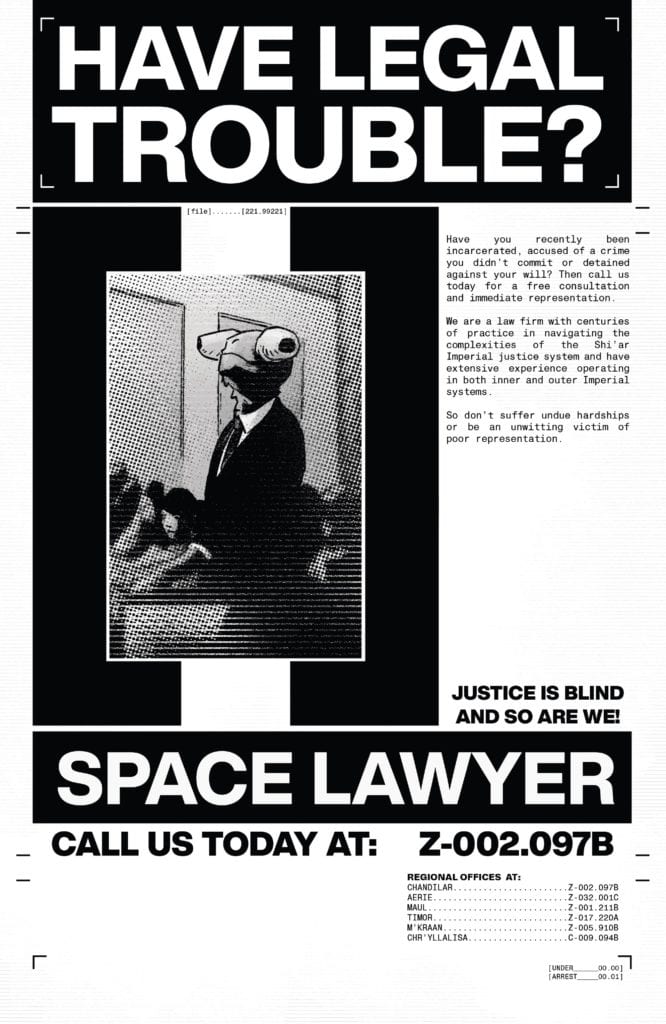