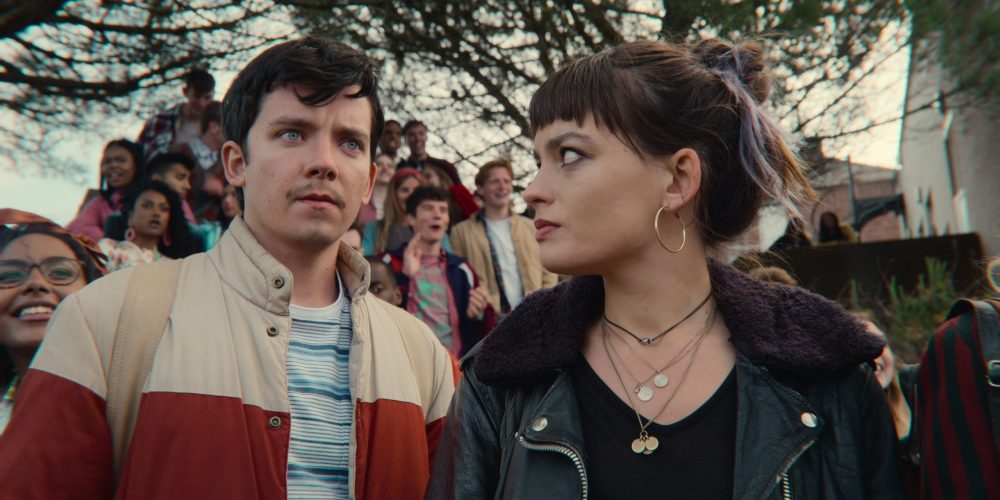 The idea of a raunchy comedy about teenagers discovering their sexuality could easily have become one of the worst things ever to hit Netflix. But somehow, the streamer managed to combine a genuine consideration for their audience and an honest portrayal of the woes of love and sex in high school. We have waited a long time for season 3 of Sex Education and ages for a proper trailer. It’s finally here, and the season is almost as close.

Sex Education has followed Otis Milburn (Asa Butterfield), the son of Gillian Anderson‘s Jean Milburn. Dr. Milburn is a sex therapist who would never shy away from any topics, even when dealing with her son. When the mysterious but easy-to-love Marve Wiley (Emma Mackey) proposes a sort of “sex clinic’ for helpless kids in their school, Otis jumps at the chance to use it as an opportunity to flex his knowledge (and to get closer to Maeve.)

Season 2 left viewers begging for more with another dramatic cliffhanger about Marve and Otis’ future together. We also saw the official outing of Eric (Ncuti Gatwa) and Adam (Connor Swindells) as a couple. Everybody else is shacking up, dealing with trauma, or just dealing with too much homework. Hey, it’s just like the real diversity between high schooler’s lives, right?

Sure, there are some wild situations that few high schoolers will ever see themselves getting into. How many of us would have trusted some random kid with our deepest secrets at that age, anyway? But the natural inclusion of people of all identities and a fearless approach to topics of sex and love make it one worth watching for people of all ages. I don’t just wish that I had this series in high school because I’m just happy that I have it now.

What Is Next At Moordale Secondary School?

Season 3 teases an answer to that frustrating (and deleted) voicemail. We’ll also see more classic shenanigans between Otis and Eric, helpful advice from Jean, and a group of teachers that are oblivious to what is really going on at Moordale.

As shown in the trailer for season 3 of Sex Education, the new episodes will drop on Netflix on September 17th. Get ready to laugh and cry with us all over again!

The Iconic Beetlejuice Look Came From Michael Keaton Himself
The Matrix: Resurrections Trailer Is Giving Me Major Deja Vu, Which Is Concerning