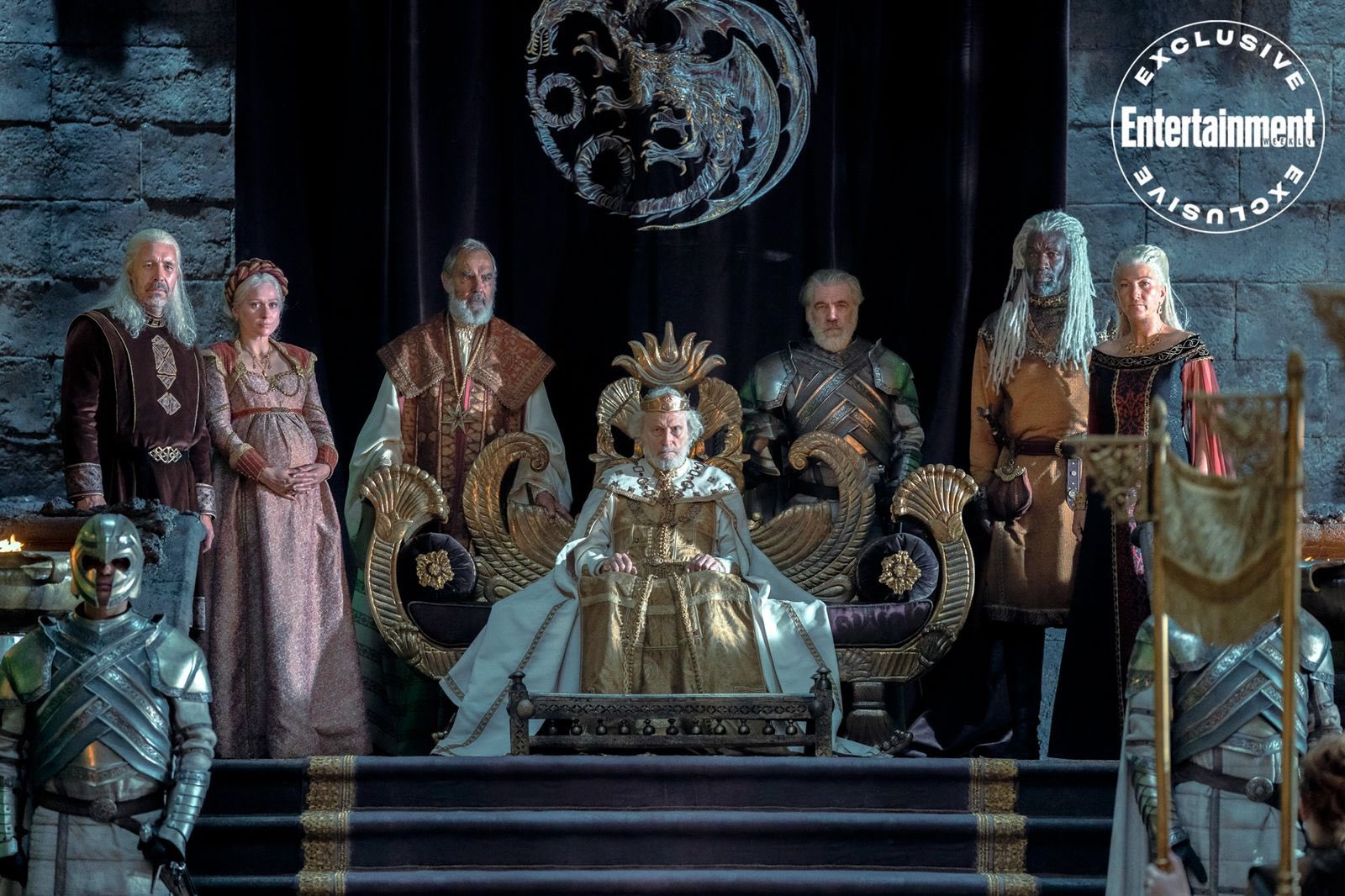 Numerous new teaser photos now exist with just over six weeks till House of the Dragon airs on HBO. New behind-the-scenes photos, including character headshots, episode stills, and never-before-seen set details, have been released by Entertainment Weekly. Many of the Game of Thrones fan-favorite components are visible. Medieval grandeur, larger-than-life personalities, dramatic sword fights, and, of course, dragons are taken and amplified in House of the Dragon. The latest round of set images provide us a fairly balanced representation of all three things, with the unfortunate exception of the dragons.

Nevertheless, there is plenty here to demonstrate to both new and existing fans what is to come and why this series will be mandatory viewing for all fantasy aficionados. It demonstrates that many of the facets of Westerosi life that were ignored or underemphasized in Game of Thrones will take center stage here. This comes after a new poster got out last month. 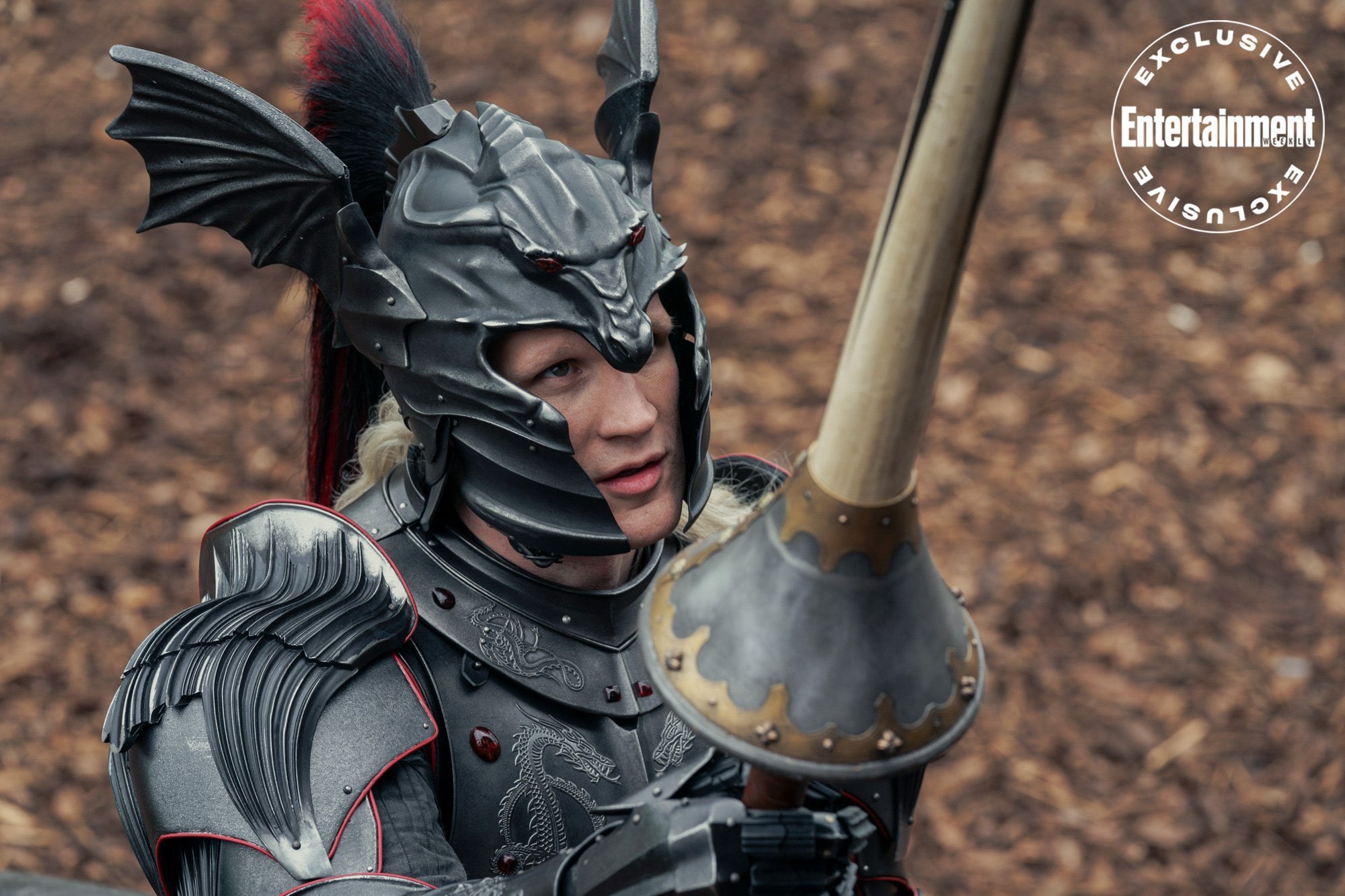 About 200 years prior to the events of Game of Thrones, House Targaryen was perhaps at the pinnacle of its dominance when House of the Dragon begins. It tells the tale of how these dragon-riders clashed. They decimated much of the kingdom in the process. It is partially based on George R.R. Martin’s fictional history book Fire & Blood. Regardless, the style of that show ensures that there’ll be lots of fresh storyline developments. House of the Dragon premieres on Sunday, Aug. 21 on HBO.

Emily Carey plays a young version of Alicent Hightower. Milly Alcock plays a young version of Princess Rhaenyra Targaryen. The two of them may have been friends when they were younger, as fans have long thought. This picture seems to support that theory. The visage in the backdrop assures us that House of the Dragon will not overlook Westeros’ other magical components in favor of dragons. The chronological history of House of the Dragon means that Emma D’Arcy and Olivia Cooke won’t assume their respective roles as Rhaenyra and Alicent until later in the season. We can anticipate that when they do, the shift will have a considerably greater impact. 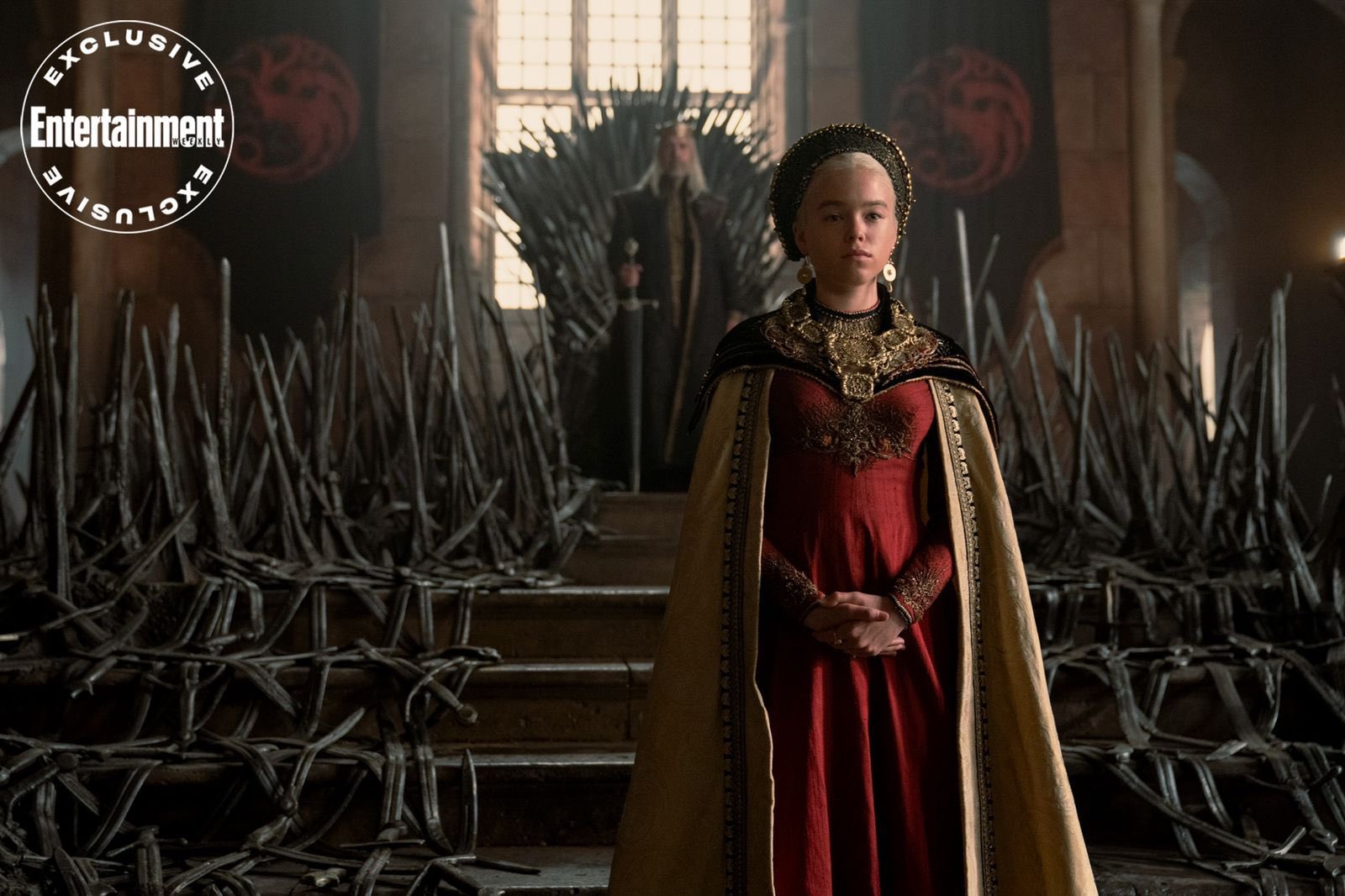 The Dance of Dragons Happen in House of the Dragon

The events of the Dance of the Dragons are dramatized in the HBO series House of the Dragon. It’s set hundreds of years before the time of Jon Snow (Kit Harington) and Daenerys Targaryen (Emilia Clarke). The term was given to one of the bloodiest civil wars Westeros has ever known, which at its height split the ancient Targaryen realm. The Great Council of Harrenhal, seen in the first image, laid the foundations for this fight decades before. There were too many contenders for the Iron Throne as King Jaehaerys Targaryen (played by actor Michael Carter in the middle) was approaching the end of his life.

So the calm ruler called a council to decide who would succeed him. Princess Rhaenys Targaryen (Eve Best), who is accompanied by her husband, Lord Corlys Velaryon of House Velaryon (Steve Toussaint), is positioned to the right. Although King Viserys I Targaryen (Paddy Considine), who had the closest blood connection to the throne, was a woman, the Council chose him to be the next Lord of the Seven Realms. (Viserys and his wife Aemma Arryn can be seen on the left.)

Eagle-eyed fans of author George R.R. Martin’s books, especially Fire and Blood, might note King Jaehaerys wasn’t actually present at the Great Council. There may be a reason for that. Fans want to see the latest entry into the Game of Thrones live-action universe. After the horrible ending to Game of Thrones, the hype isn’t as strong as before. Nevertheless, there is still a huge fanbase for the Game of Thrones verse.

What do you think about the House of the Dragon images? Do you like them? Are they not to your taste? Share with us in the comments below.