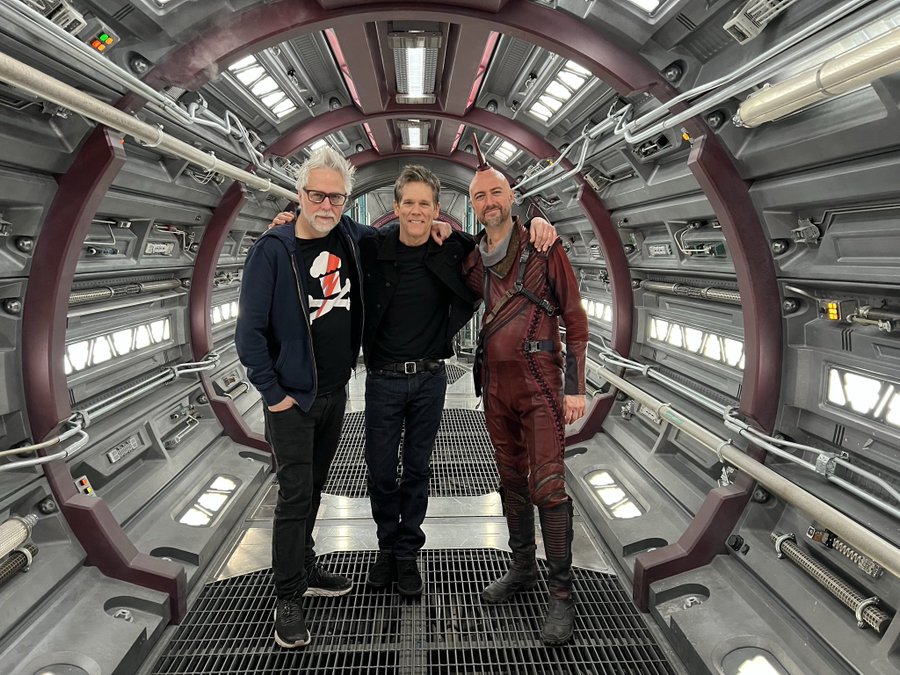 Director James Gunn is at a complicated point in his career, as he has to promote Marvel movies while running DC Studios.

James Gunn and Peter Safran have been at the helm of DC Studios for the past few months. Both are dedicated to creating the path that will bring back the glory to DC productions in cinema and on streaming platforms. The point is that the director and writer are currently in activities at both DC and Marvel.

At this point, Gunn still needs to end his activities within Marvel. Despite having signed an exclusive contract with DC, he has two productions pending with Marvel. These are the Guardians of the Galaxy Holiday Special and the third part of this franchise.

The point of conflict here is the comments from DC fans, who dislike James Gunn promoting the movies he participates in from Marvel. This is due to the existing rivalry between both comic book companies. The DC Studios director and boss responded to several recently posted comments criticizing him for promoting Guardians of the Galaxy.

Despite James Gunn’s work at DC, the director must fulfill commitments previously made at Marvel. So the director is still directing the latest Guardians of the Galaxy sequel and promoting them via digital and physical media. The problem is that it is annoying DC fans, who are broadcasting them on social networks.

James Gunn was on tour promoting the Marvel special, which generated annoyance. For example, we have @Handsome_Wolf, who asked the president of Warner, David Zaslav, to reduce the director’s salary. However, this one replied that his current boss was aware of the commitments he had pending to fulfill before being hired.

If i was david Zaslav i will cut part of his salary for promoting the competition https://t.co/Ncqg9xeZUX

Gunn textually wrote on Twitter, “Worry not, David was fully aware of my pre-existing commitments.” Meanwhile, the user @Miguel_Pe_V commented on his social media, “I repeat, the narrative head of DC is a problem that has a contract and products with the competition.” Gunn responded to the comment with an emoji that reflected his disbelief.

The director has asserted that he is currently playing for both teams. However, he clarified that they were part of the negotiations before accepting the position as head of DC Studios. His exclusivity will begin when he finishes producing the Guardians of the Galaxy Vol. 3 movie, and it is released in theaters.

The director also commented that this is not a competition between companies. This one said that both companies are looking to push the world of comics to the next level. That is why he finds this kind of reaction among fans very strange.

James Gunn is Working Hard at Marvel and DC

Despite the duality of work, Gunn is giving his all in this new phase. The DC Studios head is looking together with Safran to create the roadmap document to push the DC world forward in film and on streaming platforms. He is also giving it his all to finish Guardians of the Galaxy in a good way.

James Gunn stated that he is preparing the ideal ending to close all the plots of this Marvel franchise. He said he expects the characters to have a worthy closure and give the franchise the ending it deserves. For example, how Gamora and Quill will be left, now that this version of her is gone since she does not know the team’s leader.

As for DC, he hopes to develop good movies that are engaging. It is worth noting that their boss David Zaslav stated on several occasions that he wanted to see the quality of their films. So for sure, James Gunn’s input will be valuable for what they wish to achieve in the industry.

This implies that for next year we could have two installments. The first one to Guardians of the Galaxy vol. 3 premieres on May 5, 2023. And the report for DC to detail the roadmap may be available by January or February 2023.

As we can see, James Gunn is working for both Marvel and DC. Comments may indicate that fans are not happy with this situation. It is atypical because the director is promoting his current company’s competition. However, when he was hired at DC, they already knew that in his schedule was the promotion of these Marvel products.