We Should Talk Review – A Modern Take On Romance Sims 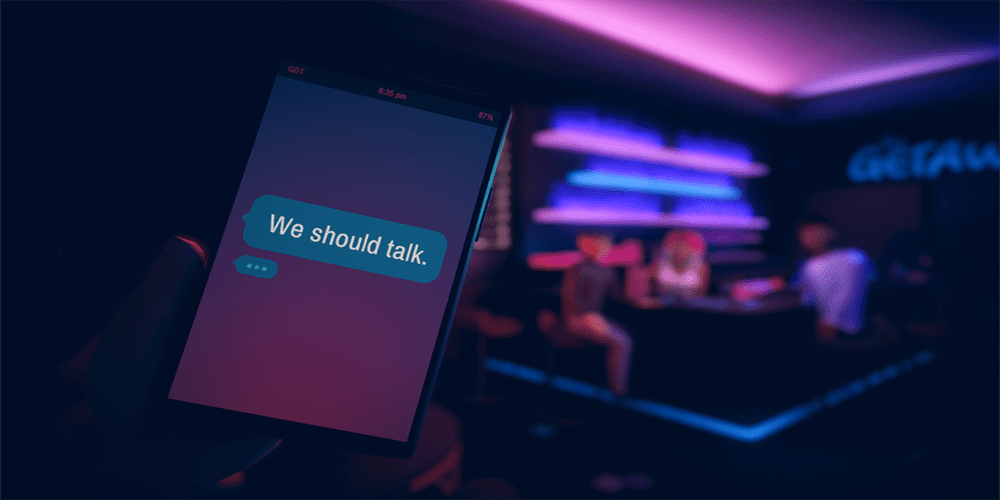 Romance sims are either fairly normal or totally perverse. A lot of the visual novels I play tend to leave me a little letdown. Therefore, I’m happy to see something like We Should Talk getting the attention it deserves. A lot of buzz around this game occurred weeks before its release and now we’re finally about to see it hit consoles and PC this Thursday, July 16. If you’re not sure what this game is about, or whether it’s for you, then hopefully this We Should Talk review helps!

We Should Talk – A New Take on Dating Sims 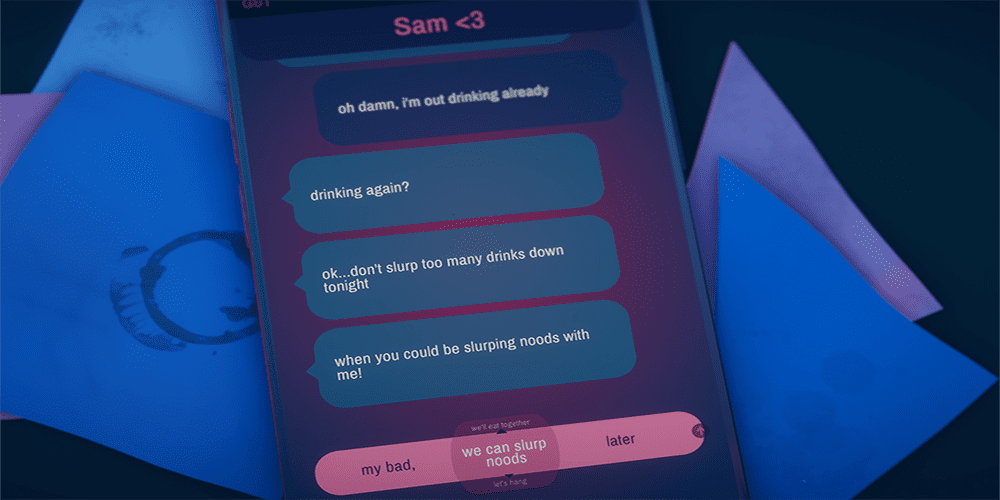 This is a spoiler-free review of We Should Talk.

We Should Talk aims to be inclusive and representative. Much like other games released in 2020 such as Coffee Talk (check out our review!), we’re seeing more LGBTQ+ stories take place in the gaming medium. It’s crucial to tell these stories but to also portray them as normal and routine rather than something to catch the eye. We Should Talk does this masterfully. You play the game as someone with a girlfriend named Sam, who doesn’t share your interest in going out to the bar. As it turns out, you go out a lot. Like, multiple times a week. She’s pretty cool about it, but she’s also concerned that you might be meeting strangers. As it turns out, you’re not meeting strangers, but you do have a few familiar faces in the bar with you the night the game takes place. 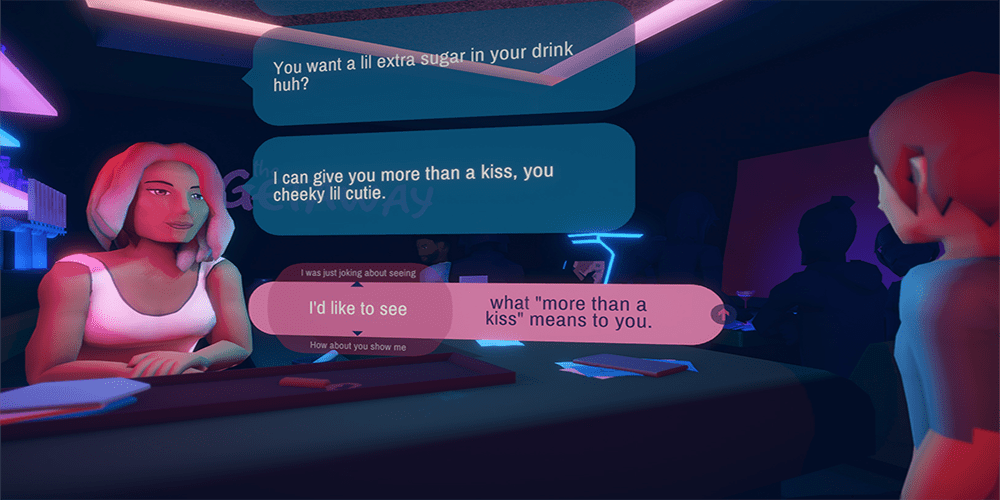 As you play, you meet three characters. Steph, the bartender, who notices Sam isn’t with you and seems a bit flirtatious. Secondly, Dante is an ex of yours, and he indicates early on that your relationships fell apart because you two were in different places. Shocker: he thinks you’d work out much better now, and possibly tonight. Lastly, Jimmy is a dating app fling you may or may not have planned on meeting up with tonight. As you progress through the game, you get a chance to talk to all three of them, as well as text Sam who waits for you back at home. It’s up to you to figure out who you want to build your relationship around for the night.

We Should Talk Review Score 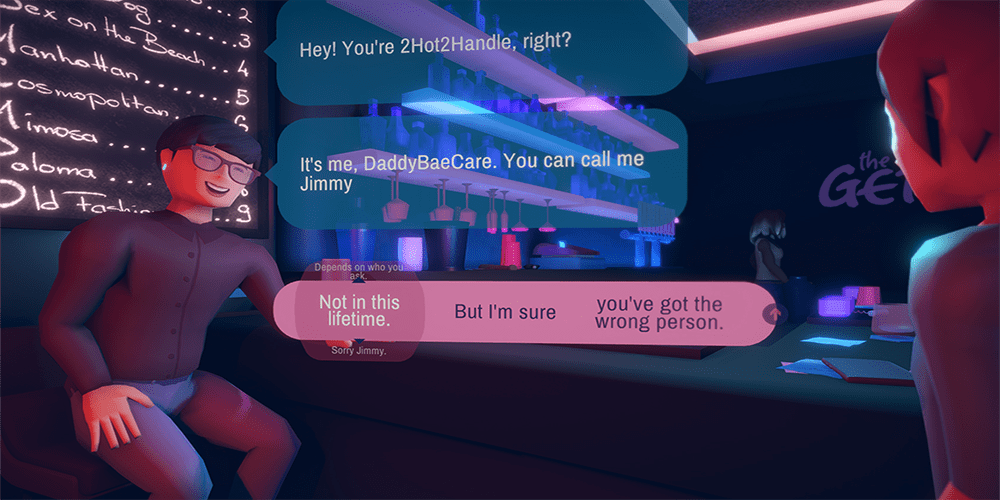 I review games on a scale of 1-10; We Should Talk is a solid 7. While the game is incredibly short, you can revisit it multiple times to get a feel for each storyline. I ran things the first time around with Sam, the girlfriend at home, in mind at the forefront. Then, I revisited other options. Something that We should talk Team nails is the ability to explore each person in a very unique way. You get four individuals to pursue, but also plenty of dialogue options that can sway how time with them goes. This game doesn’t look particularly great, but I failed to notice the visuals once the game got going. 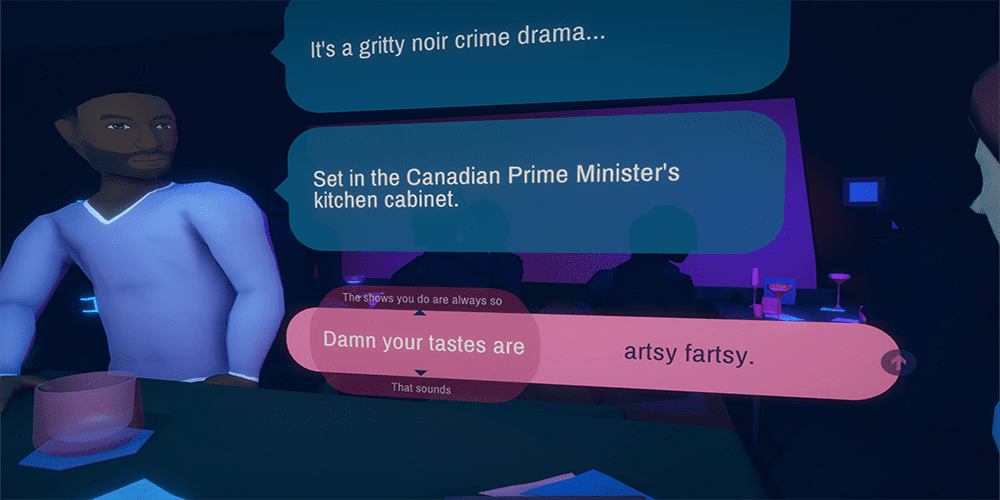 All things considered, the game does a great job of offering a diverse and inclusive take on dating sims. There’s nothing there that feels gratuitously sexual or perverse, but there is intimacy with each character should you choose to pursue it. If you like dating sims, then I think this is a good pick-up. 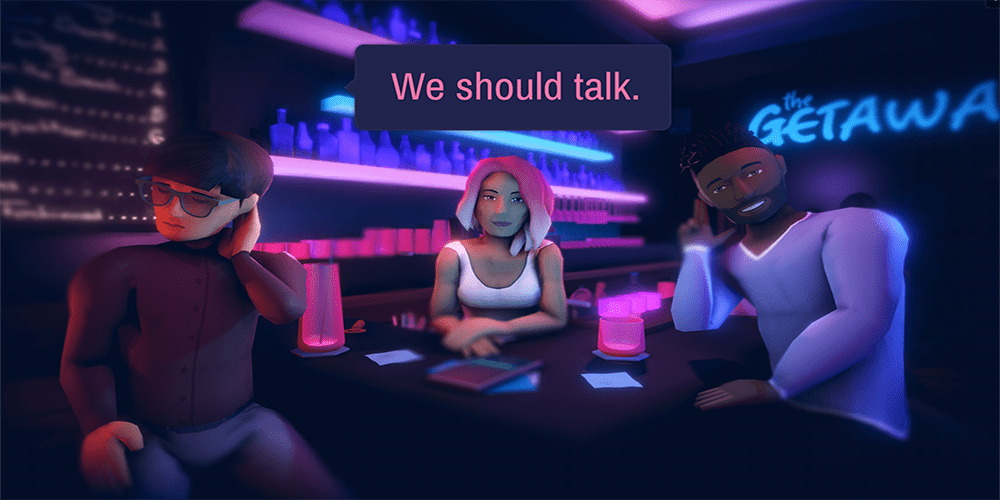 We Should Talk releases Thursday, July 16 for Switch, Xbox One, PS4, and Steam. A digital review code was provided by the publisher for the purposes of this review.