Marvel Scholastic Graphic Novels Will Start with Some Sock Waves! 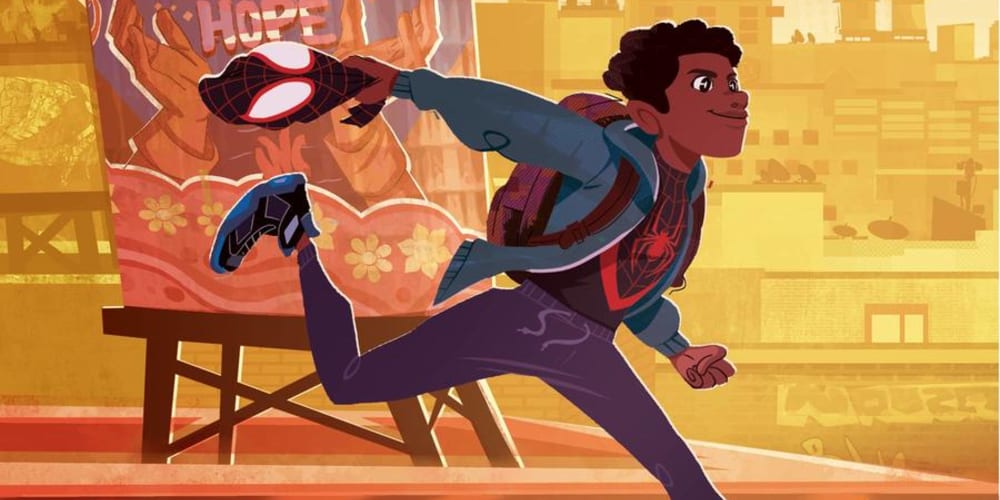 DC Comics delivers some excellent Young Adult (YA) and Middle Grade (MG) graphic novels lately. With titles like The Oracle Code and You Brought Me the Ocean, they’ve explored issues like accessibility and queer identities. Their best, so far, is Superman Smashes the Klan. In this MG book, Superman discovers the full extent of his powers while protecting a Chinese family from “the Klan of the Fiery Cross.” Finally, Marvel Comics will make a play for these readers to get to know their characters, teaming up with Scholastic to produce books for kids. Their first three titles make their mission statement pretty clear. Like DC Comics, Marvel wants to tell stories about all kinds of characters historically underserved in American media. 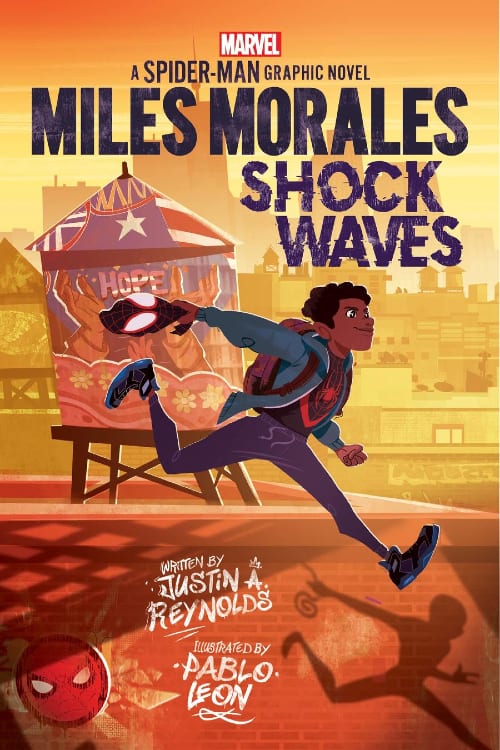 Ever since Spider-Man: Into the Spider-Verse, Miles Morales became a household name. So, of course, Marvel and Scholastic are starting their kids’ graphic novels with a Miles Morales story. Miles is a great character for many reasons, but one is that he’s perpetually a kid. Peter Parker’s Spider-Man started out as a teenager, but after about 30 years the comics had him grow up. Miles allows Peter to keep his character development, while still allowing them to tell stories about how a kid can be a hero.

Miles Morales: Shock Waves, by writer Justin A. Reynolds with art by Pablo Leon, puts Miles in Puerto Rico after an earthquake wrecks his mother’s town of origin. As he tries to help people as Miles Morales, he soon has to help as Spider-Man too. “Ever since he entered the Marvel Universe a few years ago, Miles has struck a deep and personal chord with fans around the world,” said Lauren Bisom, Editor of Marvel’s juvenile publishing. “As Spider-Man, he embodies that classic coming-of-age story. But as Miles, he represents so much more—and his life experiences, his culture, and his ability to embrace his inner strength make him one of the most important and inspirational heroes in the Marvel Universe.”

Following Miles Morales, we’ll see graphic novels featuring Shuri, from Black Panther, and everyone’s favorite Ms. Marvel, Kamala Khan. While we don’t have any release dates yet, we can enjoy some more of DC Comics’ YA and MG titles while we wait for Marvel to deliver the goods.

The Only Good Indians Review: Hope Made Flesh
We Should Talk Review – A Modern Take On Romance Sims