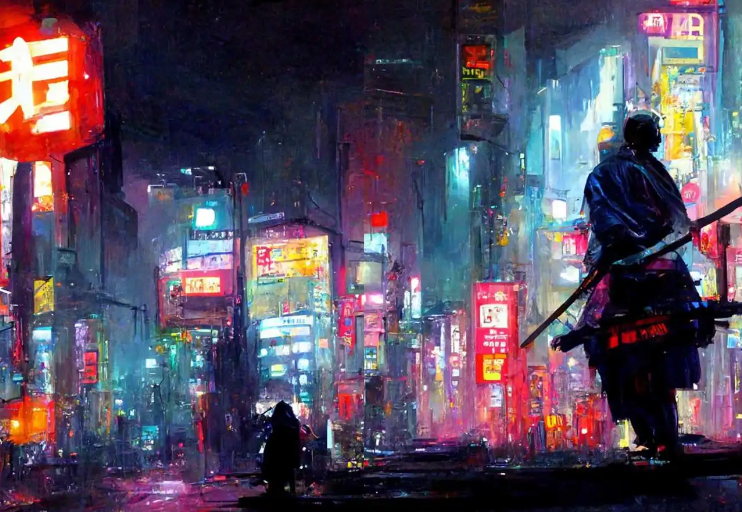 While many around the world are finding AI kind of scary, manga artists from Rootport find it revolutionary. They recently published a manga drawn by AI from scratch. Read on to find out more about it. Moreover, drop your opinions about AI art in the comment section!

This AI tool created a full-color manga from scratch. The creators put in the keywords and the base of the plotline. It is titled ‘The Cyberpunk Momotaro’. This manga drawn by AI will hit the stores in March this year.

The sci-fi manga retells the legend of Momotaro. The legend follows an old couple who hit a strip club, resulting in the two finding an unconscious young boy when they get home. Moreover, the boy has total amnesia. Little by little, the elderly couple helps Momotaro reveal who he is.

Rootport has been publishing the manga page by page since August 2022. In addition, the manga quickly became an internet sensation. It even earned several TV appearances on the national Japanese television frequencies! 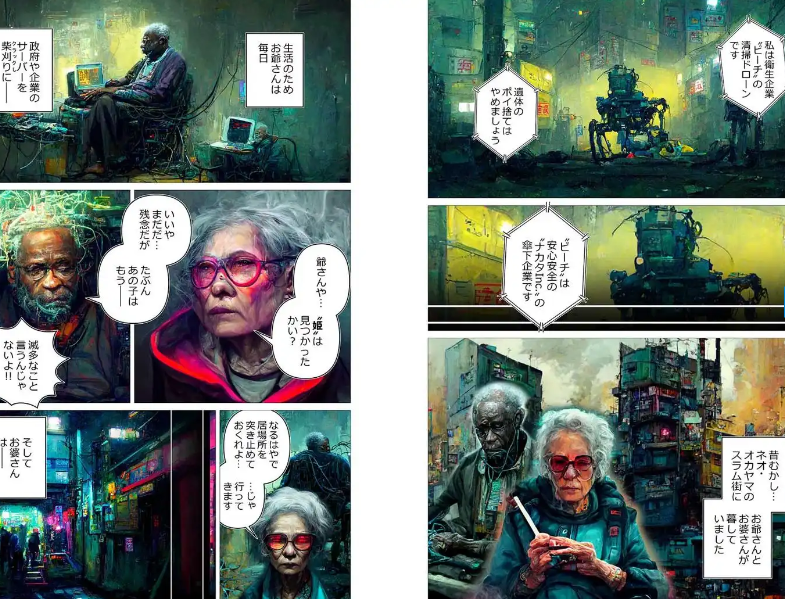 Why is AI art controversial?

One of the main problems in creating AI art is the dehumanization process. Many people around the world find AI tools controversial due to this. Moreover, AI tools have become so advanced that they actually need only a word to create art.

When we think about the course of art through history, this feels dehumanizing, as we said. Hundreds of artists throughout history have worked so hard to create a piece of art. Nowadays, it seems pretty easy to achieve via a tool.

The process behind the manga drawn by AI unfortunately includes stealing someone’s style of art. Over the course of several decades, AI has been taught to learn various art styles which it picks up from the internet. This means that the art is unauthentic.

Moreover, Studio Ghibli’s Hayao Miyazaki spoke about this matter in the recent past. It’s publicly known that Miyazaki drew all of his characters and anime by hand. Talking about his hand-drawn animation style, Hayao Miyazaki expressed his uneasiness when it comes to AI. He made it very clear he would never indulge in AI art, as it’s non-human.

While it may be scary for many, it’s still fascinating to watch AI evolve. This is why you should take a glimpse of the manga drawn by AI here. Tell us what you think!

8 Mile TV Series Officially In the Works by Eminem & 50 Cent
Chainsaw Man Season 2: When is it coming?