The Walking Dead Best Scenes, Seasons – How TWD Cast Made A Show Worth Remembering 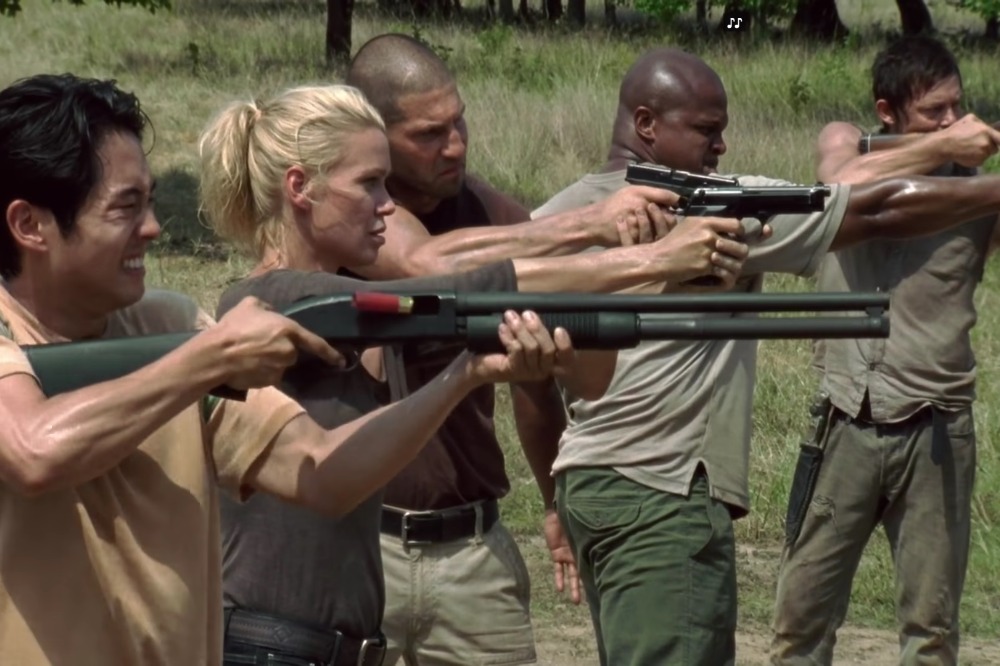 The Walking Dead wrapped filming recently. With that comes the end of a nearly 12 year run, pretty respectable for a show that usually had its happiest moments punctuated by someone getting their face eaten or their family shot. It’s a bittersweet moment for fans, slightly tempered by all the spin offs and movies and promises that the franchise and cast of TWD might appear again. One thing the impending end does let us do is look back. Not at all the times baby Carl just dipped and got into trouble or that time Lori crashed a car on an empty road. Definitely not to that time they tried to pass off a crusty jpeg of a deer as the real thing. No, we can look back at all the most impactful, most memorable, and overall best scenes and seasons The Walking Dead gave us.

Meeting the Cast of TWD When They Still Smiled

By nature, we can’t mention every good moment this series had. There are nearly 200 episodes. So these are some of the best scenes in The Walking Dead, and leaving out some fan favorites is just following the trend the series set. Except we aren’t bashing your favorite with a bat.

TWD came out swinging with an awesome premiere episode. One of the most iconic scenes in the entire series happens right there in episode 1 “Days Gone By.” Rick, having met Morgan and his son and left them with a pile of guns, leaves his home town. Nothing could set the tone for the series and Rick’s arc as The Law of the apocalypse than having him ride into town on a horse, cowboy hat and all. Riding up a half-empty interstate toward a silent city just set such a solid man vs. everything vibe that became a blueprint for the series. 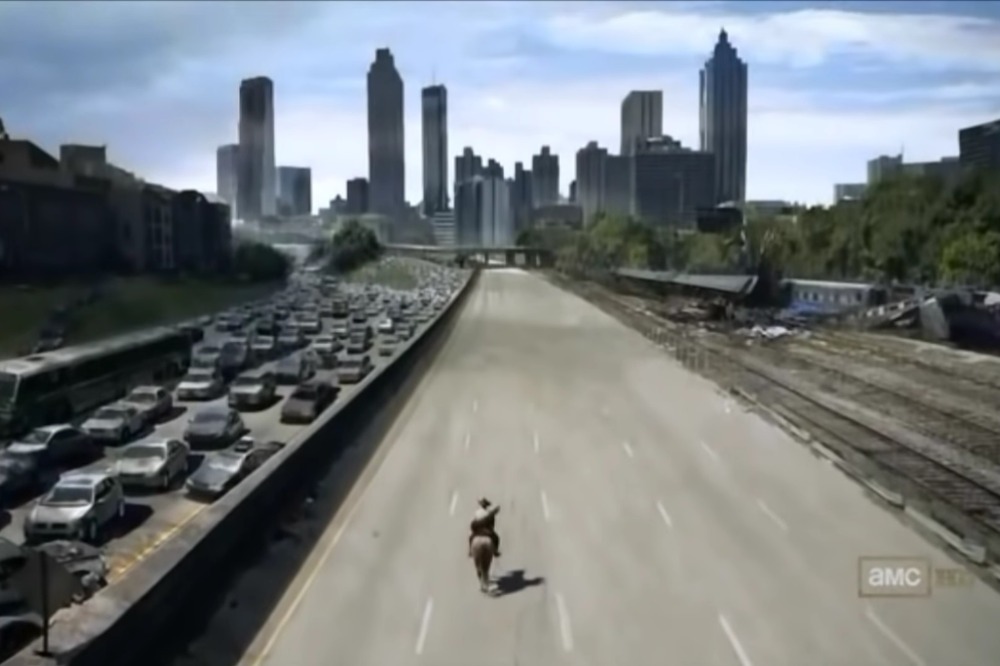 Even in season 2, things weren’t that bleak. Sure, the TWD cast had narrowed a bit, but it didn’t feel like any major shots had been taken at the heart of the group (excluding the time Carl, the heart of the group, was shot). Hershel’s farm was basically an untouched paradise compared to any other place in the series, until the barn happened. The search for Sophia ended when the barn doors opened. The group put down the Greene family’s risen relatives and friends. And then Sophia walks out, and the hope that carried the season and the group just died. It was a turning point for Rick’s leadership, and it was another catalyst for Carol to become the cold badass we know and love. 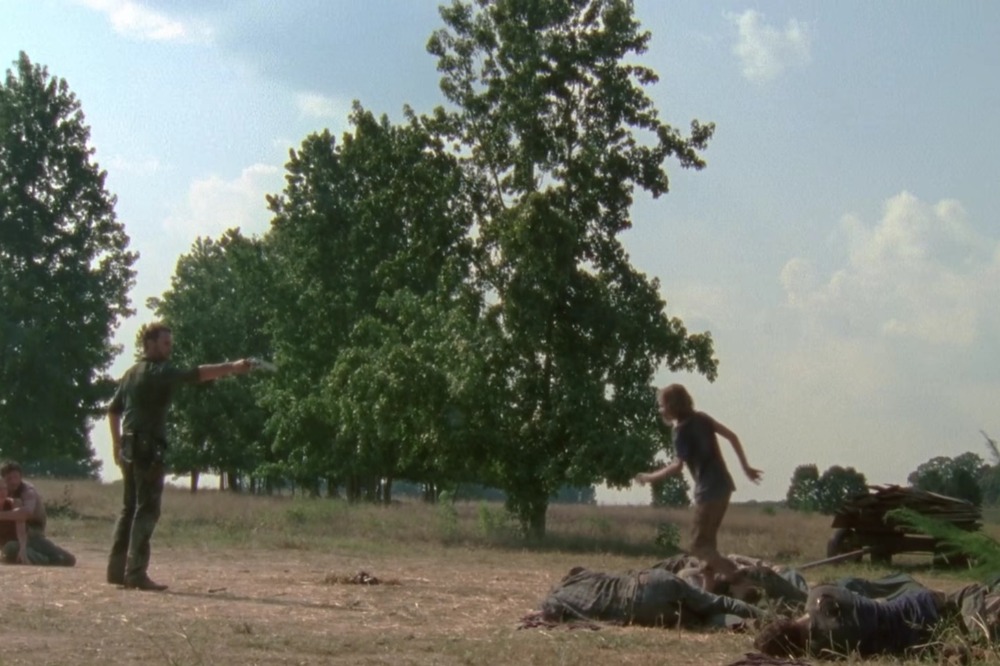 Some Of The Walking Dead’s Best Seasons Were In Prison

The farm burned, and Hershel’s infinite shotgun was immortalized in memes. After that, it was on the road for a while. The group grew stronger, and Lori grew pregnant-er. Landing at a prison and turning it into a fortress is one of the most satisfying apocalypse arcs on tv, and it made for one of the best seasons of The Walking Dead. The conflict with The Governor and Woodbury was also the real beginning of the constant fights with other communities, even if Guillermo at the nursing home was the informal first. 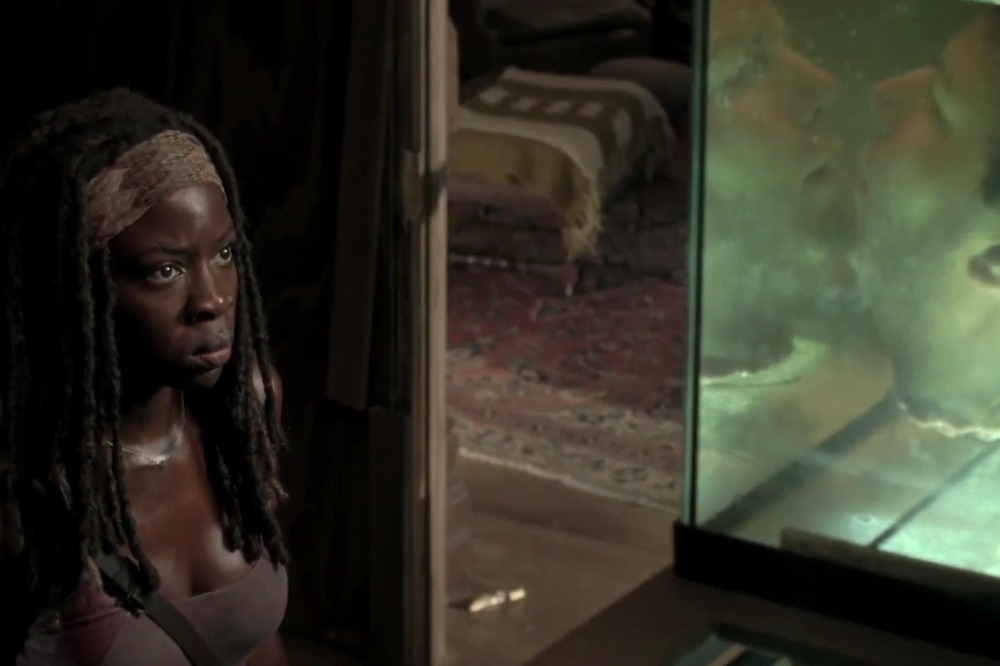 Two moments stand out in the Woodbury and prison arc, and they’re carried by two of the most important characters to the series. Michonne (Danai Gurira) was introduced early during the prison seasons. Carrying formula for Judith and a hatred of The Governor, she joined Rick’s gang as a near-silent sword wielding survivor. Then she went back to Woodbury with the gang, put down The Governor’s walker daughter, and took out his eye. Beyond just being a rad intro to one of the coolest women in The Walking Dead, this scene was also a way of showing the foundation of Michonne’s character. She’s loyal, intelligent enough to see through The Governor, and she’s one of the strongest fighters considering even Merle lost to The Governor. 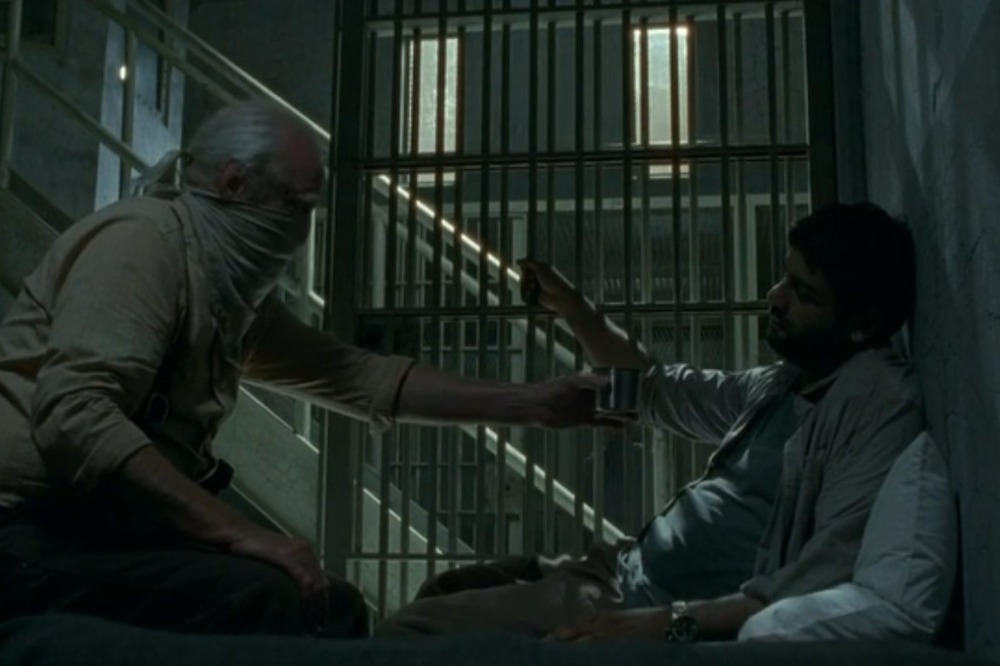 Hershel Greene (Scott Wilson) was the moral center of TWD in a more realistic way than anyone else could be. He learned how the world was and tried to adapt to it while still keeping hope alive for the kids and his family. A sickness hit the prison. When the sick started dying, he walked the dead to a back room before killing them so the living wouldn’t have to see. Such a good scene.

Some of The Best The Walking Dead Scenes Were Reunions

The episodes after the fall of the prison had some incredible moments that defined the season. When Carl and Rick barricade themselves in a house to heal, it’s bleak. Rick looks like he’s dying and they think Judith is gone. All that tension is finally broken when Michonne comes to the door crying. It’s one of the most wholesome moments The Walking Dead can give. It also directly follows Carl nearly dying for a bucket of pudding. 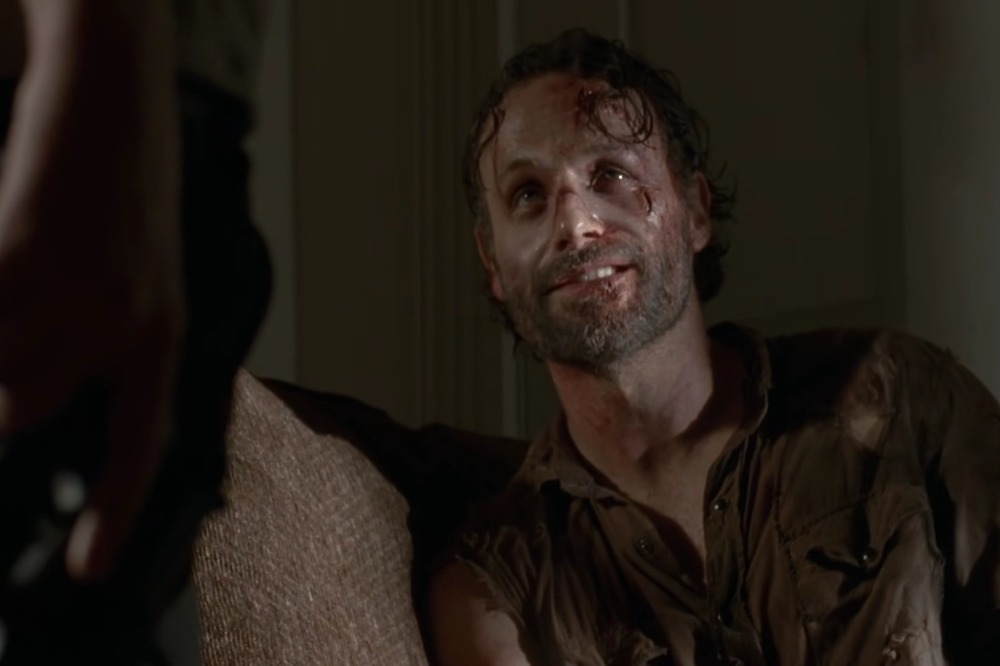 Glenn and Maggie deserved a happier show. Maybe a romantic comedy. But because they weren’t in a romcom, Glenn and Maggie were separated when The Governor brought a tank to a gunfight. Their mutual determined search for each other was a high point in a series of high points. They also gave us Abraham, Rosita, Eugene, and Tara. Only half of those characters remain, but they were still part of some of the best seasons of The Walking Dead. 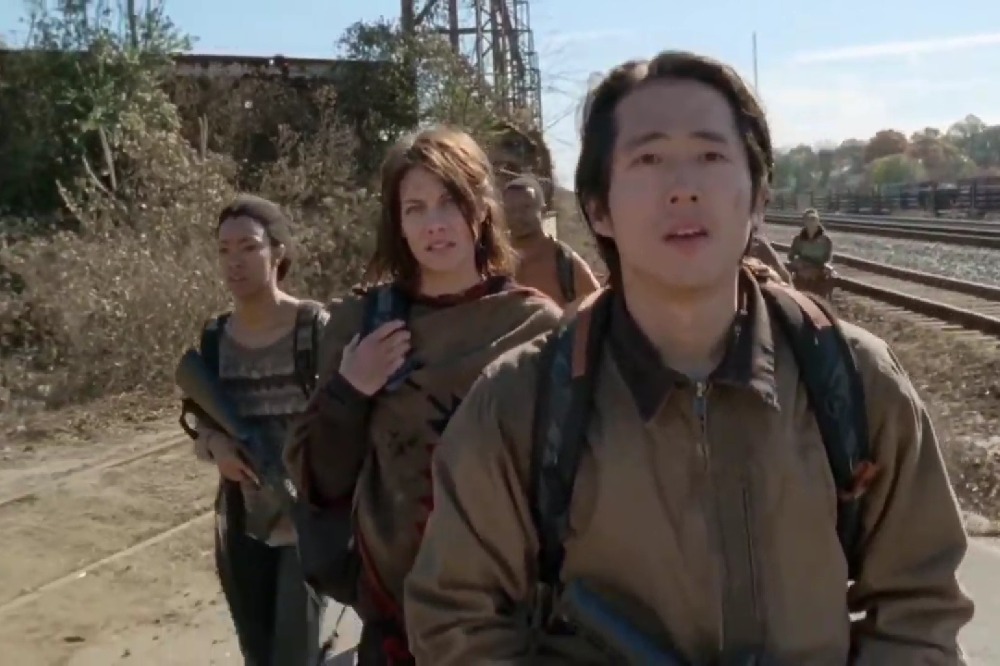 The final two reunions in this wing of the series had vastly different flavors. When Rick, Michonne, and Carl fled their safehouse, they weren’t alone. The crew Daryl found was after them. They were caught, Carl was threatened in the worst way, and Rick went full walker and ripped a dude’s throat out with his teeth. Thus was his bloody coat named the murder jacket. 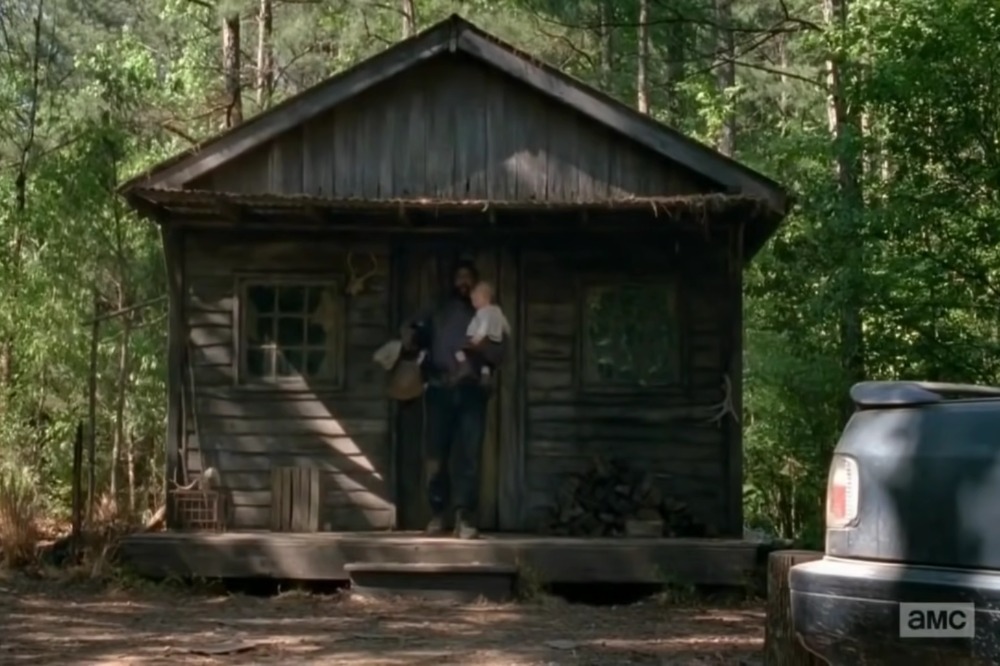 The final reunion was actually a happy one. The moment Tyrese walks out of a shack holding after the gang busted out of cannibal jail is so pure. The series is centered around families, and it was a rare point of light that they didn’t break this one completely. Yet. Everyone in TWD cast gets a chance to cry! It’s probably in their casting call.

One of the Last Sets the Cast of TWD Would See

The road to Alexandria ended with a storm. Before Rick’s group meets Aaron and get recruited for their new lives, they have to find shelter. They hole up in a little barn and the storm hits. Walkers are banging at the door (because their VFX makeup is water soluble). Through the night, each character rushes to hold back the horde. An exhausted group from everywhere, desperately fighting together against monsters in the dark and a world that doesn’t care. That’s some archetypal end of the world writing. 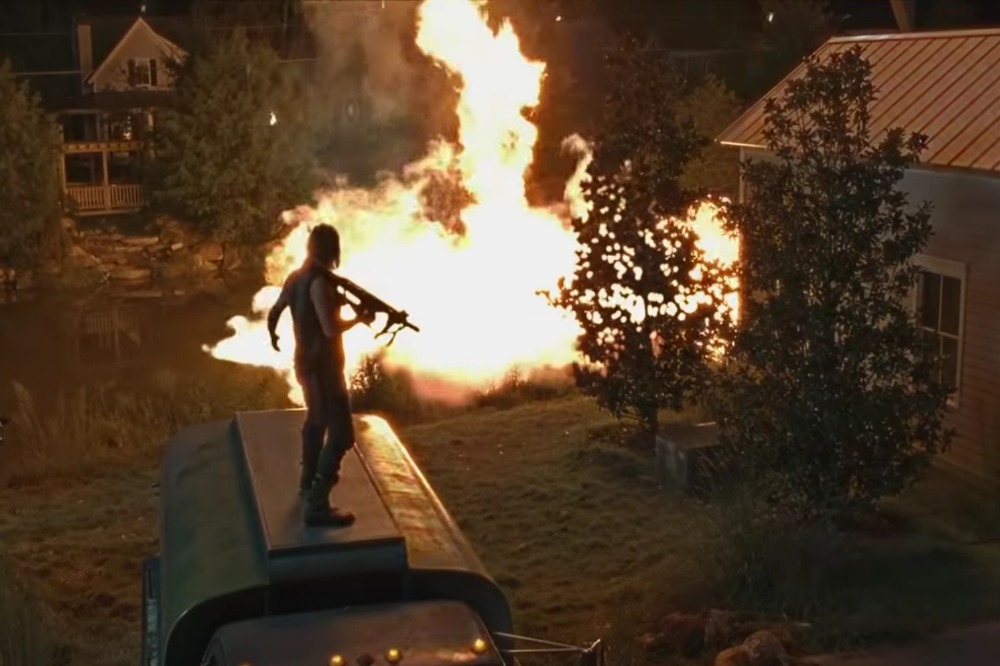 The group makes it to Alexandria, and things are nice. There’s that whole business with Rick needing to learn the power of trust (and then immediately unlearn it) but it’s ok. The show had a different feel from this point on. Some fans consider Alexandria the end to the best seasons of The Walking Dead, but they still keep to the same formula. Walkers bust into Alexandria and it’s a classic episode. They even put Carl in mortal danger. Just like the good ol’ days. 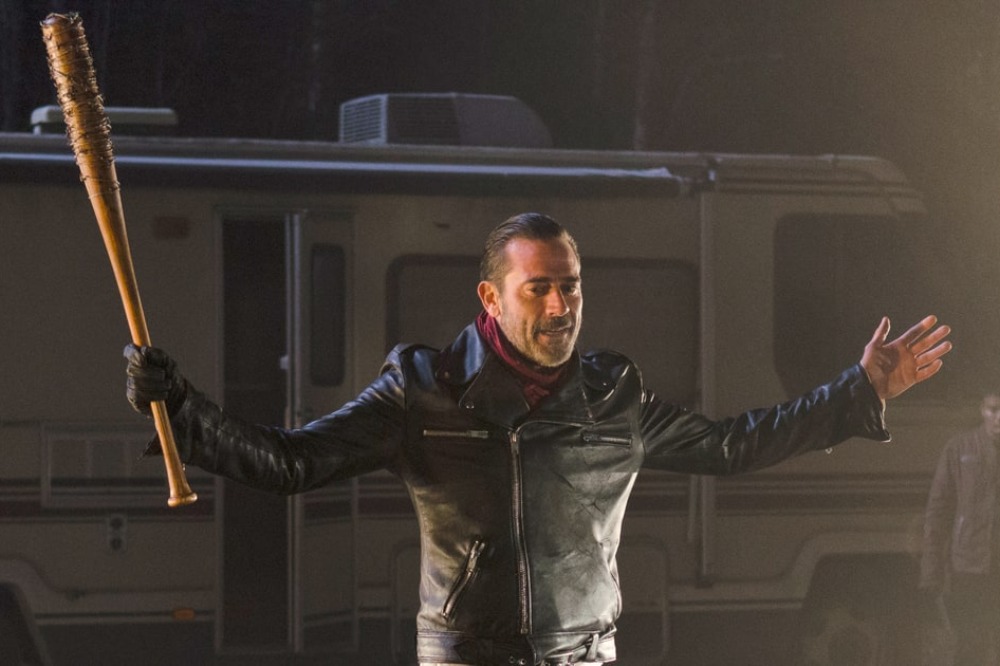 Negan’s entrance into The Walking Dead was a turning point. Jeffrey Dean Morgan’s performance changed the series as much as a stable roof and a razor changed Rick. Suddenly, there’s a villain with charisma, and he had a pretty visible effect beyond just reducing the cast of TWD. No other villain had walked in, slaughtered several named, long-standing characters in his first appearance, and lived for two seasons. But here’s Negan. The all out war arc had more open violence and action than previous seasons, but ratings still dropped after Glenn died despite great performances from all of the TWD cast. Still, it’s a testament to how good the character is that someone so reviled could become a fan favorite.

Andrew Lincoln left The Walking Dead, but the series limped on without another of its leads. Still, the next major conflict felt fresh like the series hadn’t been in a while. The introduction of The Whisperers was subtle, but it brought TWD back to its horror roots. Season 9 episode 6 has a moment where Eugene and Rosita are hiding from a horde. As they pass, you can hear whispers saying “where are they” and “don’t let them get away.” The early scenes with the Whisperers are such a solid scary contrast to the Savior arc.

For a character that gets a lot of hate, Eugene is part of some of the best scenes in The Walking Dead. When he gets the radio working again, those early conversations with the distant Stephanie make the world feel bigger. We know now that “Stephanie” was actually being used to get Alexandria to come to the Commonwealth, but we don’t know why just yet. 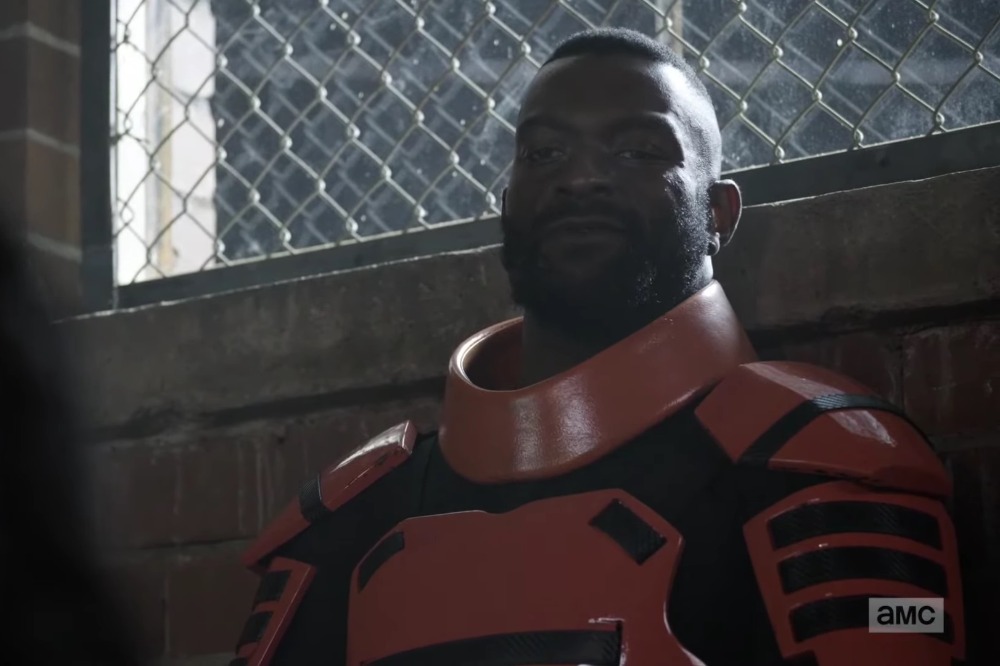 Even as the series began to end, the cast of TWD continued to expand. Mercer, the orange-clad general of the Commonwealth, had one of the best introductions of any recent character. Ezekiel is getting interrogated, and this tangerine stormtrooper is just looming. Ezekiel accuses him of being in charge, and something about him just saying “Yeah, I’m in charge,” while smiling just works. Maybe it’s because Michael James Shaw clearly loves playing him. At that point, we didn’t know if he was a villain yet, but if he was, the difference from Negan’s loud posturing, Alpha’s brutality, and Mercer’s calm control would be huge. Mercer might have come toward the end of the series, but he’s turning out to be a high point.

The Walking Dead season 11 is wrapping up part two on AMC now!

What are some of the best seasons of The Walking Dead and TWD scenes you keep coming back to? Share your own in the comments below, and let us know what you think of the ones we selected.