Parks And Recreation Reunion Special Brings Back Our Favorite Cast 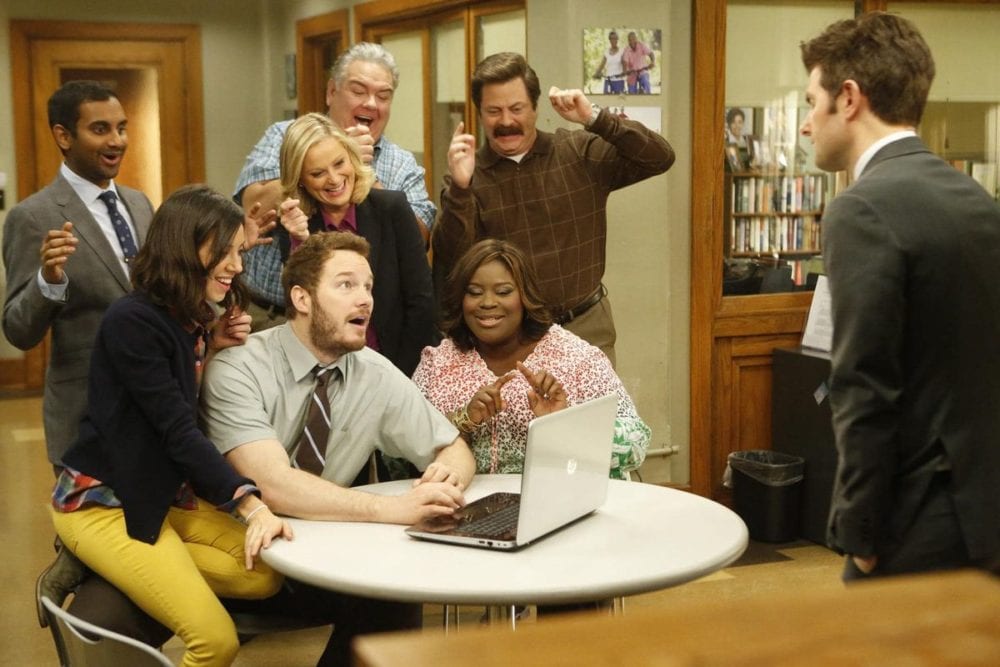 Parks and Recreation is one of the most beloved shows out there. The series aired for seven seasons between 2009 and 2015. It gave us years of laugher, tears, joy, and superstar Chris Pratt, who recently supported Tom Holland in Onward. With so many major historical moments in the past few years, it’s easy to wonder what the Pawnee gang would do. So, NBC brought them back so that we could see their reactions to the immense ways that COVID-19 has changed the world. The Parks and Recreation reunion may not have added anything new to the plot, but it was just enough to give us what we needed.

How the Parks and Recreation Reunion Made Something Special

Greg Daniels and Michael Schur are known for creating tv shows with worthy character development and even more heart. The characters in Parks and Recreation were written so well that viewers were able to form genuine bonds with the idea of them. We knew their motivations, their desires, and their entire reasons for being. Because of how well they were created, we can picture how they’d react to plenty of different settings (I know I’m not the only one who wished we could watch Leslie Knope find out that Donald Trump is her president). And, with this reunion, we get to see how they’d react to a global pandemic.

The reunion special doesn’t give us much new content. We don’t learn very much about the characters, as their futures were already given to us in the series finale. This means that anyone who went into the reunion expecting to see some major plot development would be disappointed. Instead, the episode is here to provide us with a heartwarming reminder of the cast that we fell in love with.

How Everyone Is Holding Up In A Pandemic

A season 4 episode of Parks and Recreation watched as Ben Wyatt (Adam Scott) fell in a downward spiral after leaving his job. Well, the coronavirus pandemic put him in the same craze. Congressman Wyatt, like many of us, has turned to some wild hobbies. His include a return to the Cones of Dunshire and claymation, to absolutely nobody’s surprise. His wife, Leslie, who now works for the U.S. Department of the Interior, is handling things slightly better. She misses her friends but still knows that she can help the world. 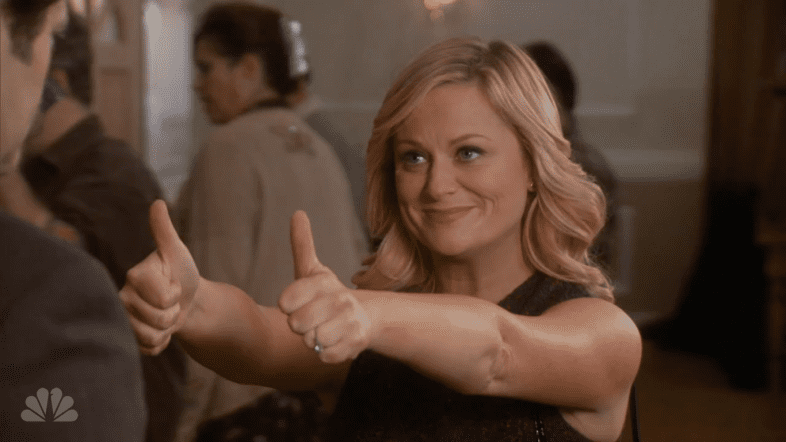 April (Aubrey Plaza) and Starlord – er, Andy – (Chris Pratt) are holed up doing exactly what you think they’d be doing. Which means, yes, Andy is trapped in the garage, and April doesn’t care to let him out. Tom and Donna are doing their best to keep their spirits high. The powerful musk ox Ann Perkins (Rashida Jones) is back to working as a nurse, and Chris (Rob Lowe) is donating his overwhelmingly healthy blood. The only surprise is that Chris isn’t freaking out about his health. And finally, Ron (Nick Offerman) is living his best-isolated life. Oh, and Garry? Yeah, they still don’t care.

The reunion doesn’t just bring our main cast back to the small screen. We get to see everyone, including Jeremy Jamm, Jean Ralphio, Dennis Feinstein, Joan Callamezzo, Bobby Newport, and Perd Hapley. The online format works perfectly for making it all happen. Video-calling is our most important form of communication right now, and Leslie Knope knows that it means people can’t avoid her calls. Leslie and Ben’s online campaign to encourage safety also allows them to utilize tv interviews and commercials. So, even though Jean Ralphio isn’t likely to chat with the other characters, he still manages to have his own commercial begging people to call him, because yes, he’s that lonely.

The episode also takes advantage of the fact that two cast members are quarantining together. Nick Offerman and Megan Mullaly (Tammy Two) are married and were able to be on the same screen while still keeping up with social distancing rules. Tammy Two may not have been the most important character, but her wild personality made for a fun return to their comedic on-screen relationship. 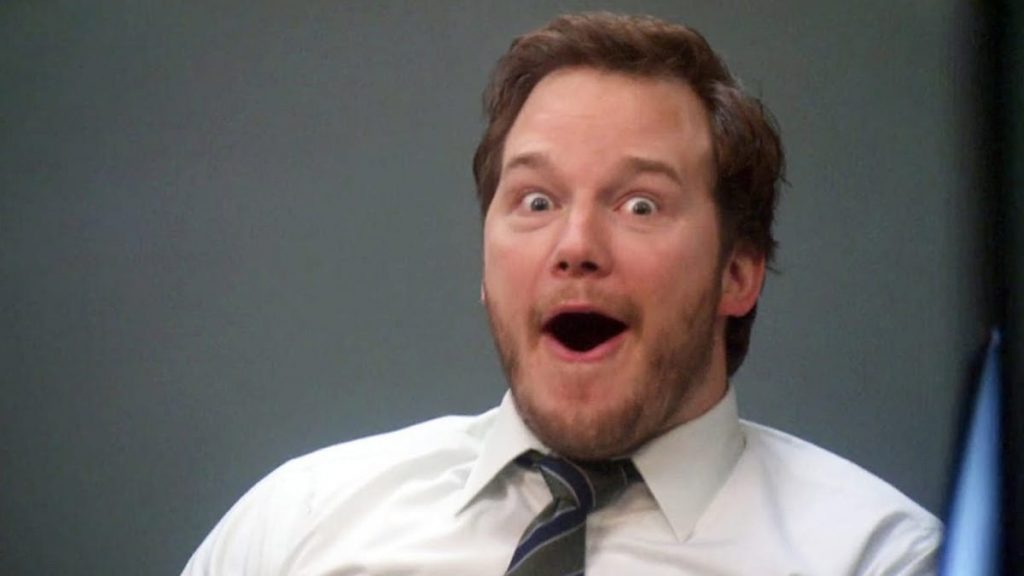 It’s About A Pandemic, But It’s Still Not Too Heavy

The entire point of the reunion is to uplift people’s spirits during the pandemic. As such, the entire episode pretty much revolves around it. Fortunately, Schur wanted to keep the lighthearted tone of the show, which would mean not focusing too much on the cause of the pandemic. The episode revolves around the characters learning to cope. Despite this, it doesn’t try to shock us with the harsh realities of the virus. Instead, it’s about how we as people need to come together and support each other to stay strong.

For the majority of the episode, it seemed like a basic attempt at doing what they’d set out to do. We got to smile at Johnny Karate’s return to tv, and chuckle at Ben’s madness. Still, it didn’t seem like anything too special. As a huge fan of the original series, I didn’t feel satisfied. However, just as I’d accepted that the episode was nothing more than a fun piece of nostalgia, they do the exact right thing to pull at our heartstrings. Ron organizes a group call with all the main cast, and Andy begins his rendition of “500 Candles in the Wind”. It’s everything that the episode needed to become something special, reminding us why we love the cast so much.

The Parks and Recreation Reunion Was Exactly What Was Needed

A reunion for such a popular show will obviously draw in plenty of viewers. So, they decided to use their views for good. The episode began with Paul Rudd talking about the realities of the coronavirus (in character, of course). He invites viewers to donate to Feeding America’s COVID-19 response fund. NBCUniversal, the writers, producers, cast, and sponsors, will match all donations up to $500,000.

Did you watch the Parks and Recreation reunion episode? Let us know what you thought!

Warzone Tips and Tricks – Master the Call of Duty Battle Royale
Kick-Ass: The Dave Lizewski Years – A Retro Review About Why These Comics Are So Fun