All The Walking Dead Shows - Spinoffs And TWD History So Far

All The Walking Dead Shows – Spinoffs And TWD History So Far 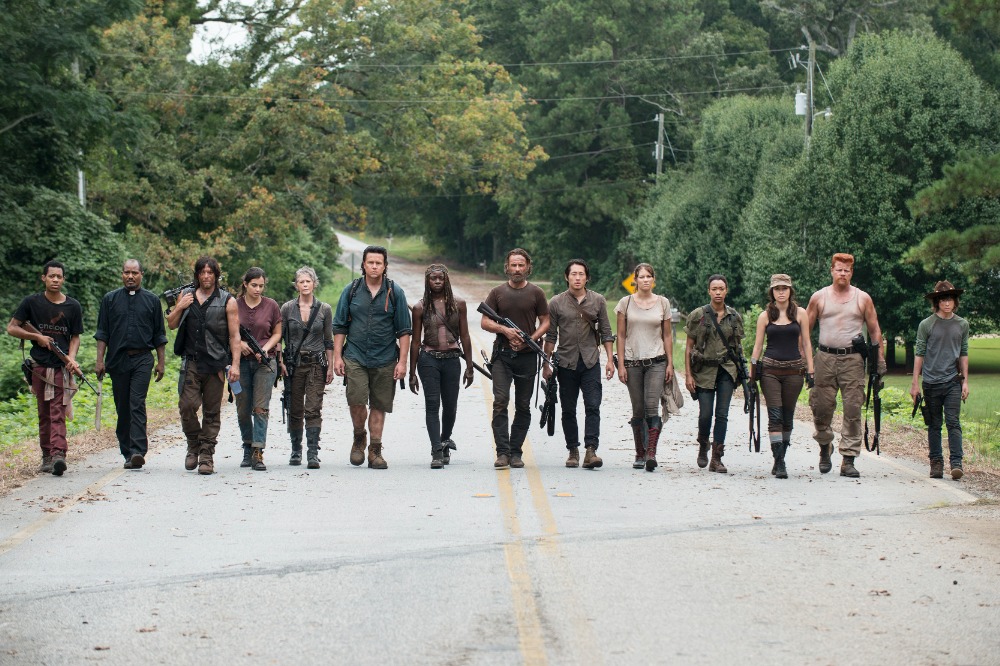 The History of TWD

The Walking Dead first aired on Halloween 2010. It was an optimistic time when our cultural malaise could be accurately represented by a looming, shuffling threat of mindless assimilation and consumption. The Walking Dead was an immediate success. Season 1 was nominated for a Golden Globe for Best Drama TV series. Justifiably, everyone was a big fan of this plucky family that was totally all going to survive the apocalypse.

Within a year, we’d get our first non-main series show in the form of a miniseries exploring the backstory of that one torn up legless zombie that Rick sees when he leaves the hospital. The miniseries was called Torn Apart, and they were released as webisodes October of 2011. 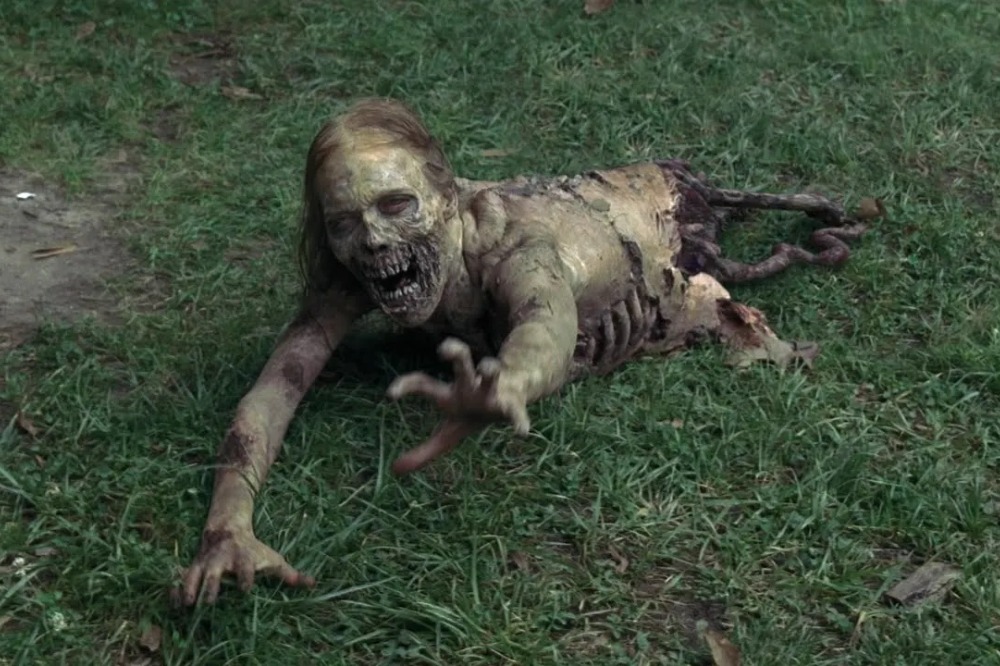 There’d be another set of webisodes released in 2012 (Cold Storage), 2013 (The Oath), 2015 (Flight 462), 2016 (Fear the Walking Dead: Passage), 2017 (Red Machete), and 2019 (The Althea Tapes). Most of these were either prequels to the main series or promotional material and tie-ins for Fear the Walking Dead. The first 2 were basically just Rick backstory. Cold Storage showed a glimpse of Rick’s storage unit with pictures of his family, and The Oath was the backstory behind the “Don’t Dead Open Inside” spray paint in the hospital. It also explained how Rick survived in a coma for 5 weeks. The Red Machete was literally about the life of the red machete Rick uses to slaughter Gareth the man eater.

Flight 462, Passage, and The Althea tapes all tied in to the spinoff Fear the Walking Dead either by introducing a new character or showing more of the world before Fear. Supposedly there will be another Fear the Walking Dead miniseries called Dead in the Water about a submarine crew, but it’s still in production.

2014 was the first year since 2012 to not have a web series of The Walking Dead, and that’s probably because they were focusing on production of the full spin-off series Fear the Walking Dead. Fear was promoted as a story of the first days of the zombie apocalypse. Rick is our main POV character for the main series, and he slept through the start of the end of the world. We didn’t get to see arguably the most compelling part of any end times narrative.

The series followed another family and gloriously showed us somewhere new. The first three seasons ran their own course, entirely separate from the main series except for their shared world. As promised, the series started out showing the first days of the outbreak. It had a lot of the tension and gloom we saw at the dawn of TWD history.  Season 4 brought in Morgan, who crossed over (but not in the dying way) and functionally became the Rick of Fear The Walking Dead. It’s been going for 7 seasons and is often credited as being better than its progenitor. 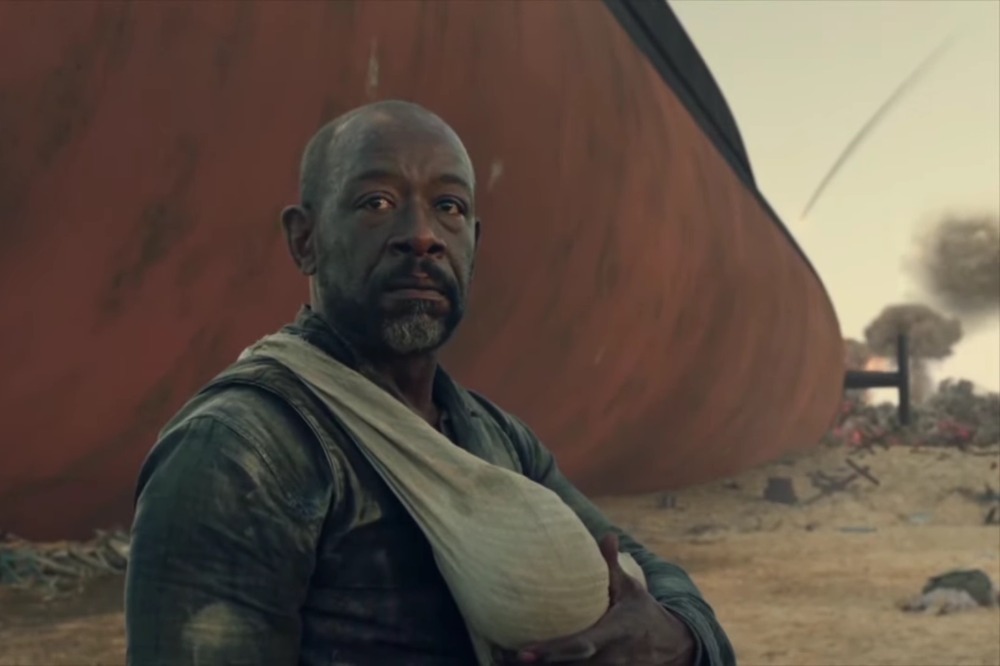 The Walking Dead: World Beyond is a two-season spin-off that didn’t do quite as well as Fear but added some interesting stuff to the series as a whole. WB introduces some of the large communities on the other side of the United States. Most importantly, it provides more information about the CRM, the mysterious group that took spirited Rick away for mysterious reasons. Overall the series is a lot of teen angst with a little bit of world building. One of the most important things it did for the franchise was finally introduce the actual world beyond with the end-credits scene set in a lab in France.

What’s Next For TWD

In 2020, AMC revealed that they’d be releasing an episodic anthology series about varied characters from all The Walking Dead shows and spinoffs: Tales of The Walking Dead. The Daryl and Carol series was announced not long after. This confirmed both that they’d survive the main series and that they’d have a hand in upcoming events. Then, recently we learned there’d be a spin-off for Maggie and Negan called Isle of the Dead, the plot of which is still vague. The pair is hitting the Big Apple for unknown reasons, but it’s heavily implied that our long-lost boy Rick has something to do with it. Which leads to the most outwardly confirmed and visually mysterious of all the Walking Dead shows and media.

There’s a reason  TWD history focuses on Rick. He’s a compelling character, and Andrew Lincoln’s departure from the series hurt. We’re speaking from a narrative perspective here. Andrew Lincoln was so justified in heading home to spend some time with his family instead of hanging out in Georgia for another few years. Rick left with a promise though. Three Walking Dead movies were announced, and they were to be the end of Rick’s arc. Finally.

And then we got our own pandemic. Intermittently, there’d be announcements that the movies were still happening, but filming couldn’t start in 2021 despite tons of rumors that it either had started. There have been some sightings of Andrew Lincoln hanging out with Norman Reedus in Atlanta. Fans speculate he’s either going to make an appearance at the end of season 11 or filming may have finally begun. Or maybe both. Either way, there’s a lot more on the horizon for The Walking Dead. Maybe we’ll get a backstory for Rick’s cool jacket.

The Walking Dead season 11 is currently airing on AMC.

What’s your favorite of the many, many TWD spinoffs? What do you think is next for the franchise? Tell us in the comments below!

Who is Pete Davidson? How The Actor Has Become The Center Of Attention In No Time.
Horror Movie Children: A Guide to the Top 10 Killer Kids