Who Is Gargantos? The Giant Octopus In Doctor Strange 2

Home » Movies » Who Is Gargantos? The Giant Octopus In Doctor Strange 2

Who Is Gargantos? The Giant Octopus In Doctor Strange 2 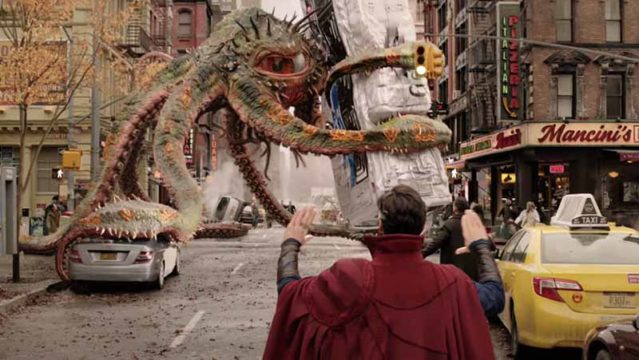 In the recently released movie Doctor Strange: in the Multiverse of Madness, we saw a rather horrible monster that aroused the curiosity of many fans of the Marvel world. Some thought it was Shuma-Gorath, a villain of this universe. However, they were wrong. It is a very little-known character and has appeared very little in Marvel comics. Who is Gargantos? In this article, we are going to see him. Let’s go there!

The character is Gargantos, an evil octopus that attacks everything that moves. He has great strength, which can cause many problems even to the most skilled superheroes. This character has been dead for a long time, and it seems that Marvel decided to revive him for this new film. To learn about who is Gargantos we have to go back in time. The history of this character dates back to 1969, making his first appearance in the comic book Sub-Mariner #13. This monster appeared in this issue, attacking Namor, the underwater man who stars in this comic. They engaged in a fierce fight, Gargantos with his strong tentacles and Namor with a battle-ax.

Gargantos is a monster in the service of Naga, a force that is against Namor and everything he stands for. Naga orders Gargantos to attack his enemy. The monster, obeying him, attacked the enemy from below, starting the fight.

The fight was brutal between the two, ending with the death of Gargantos at the hands of Namor. The character did not appear again in this comic, although a review of it appeared in another comic. The comic in question was X-Factor Annual #14, where a small vignette with the image of the battle appeared.

The character was forgotten from the Marvel Universe, until now the franchise revived him in the Doctor Strange 2 movie. 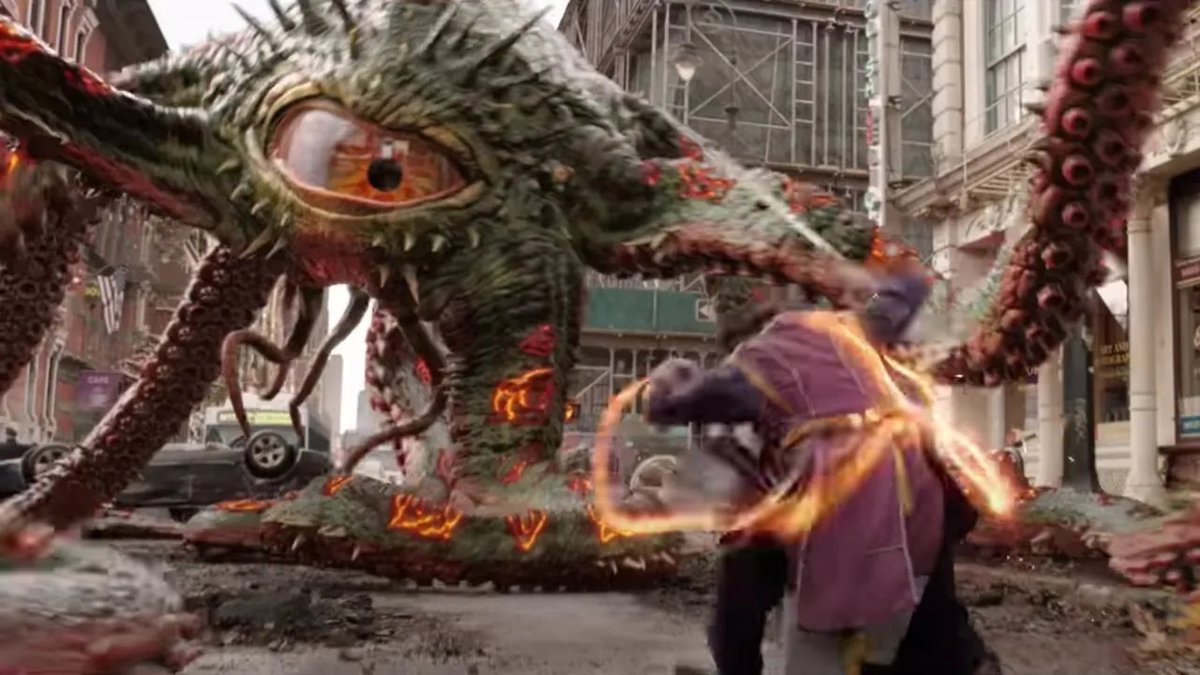 Who is Gargantos the sea monster?. As we mentioned before, is at the service of the villain and archenemy number one of the underwater man. This sea monster is a giant octopus with strong tentacles that squeezes its prey and does not let go until the target is dead.

This giant octopus was under the orders of Naga, according to the comic book in which he appeared. Its physical characteristics are like that of an octopus because of the eight tentacles. However, it has a round head and a giant eye. Unlike normal octopuses, this one can survive in the water, as we saw in the movie.

Gargantos’ abilities are mainly the superhuman strength of its tentacles. These skills are coupled with ferocity and attack patterns, presumed to be prehistoric. Its attack is ferocious and gives no rest until its target is dead. 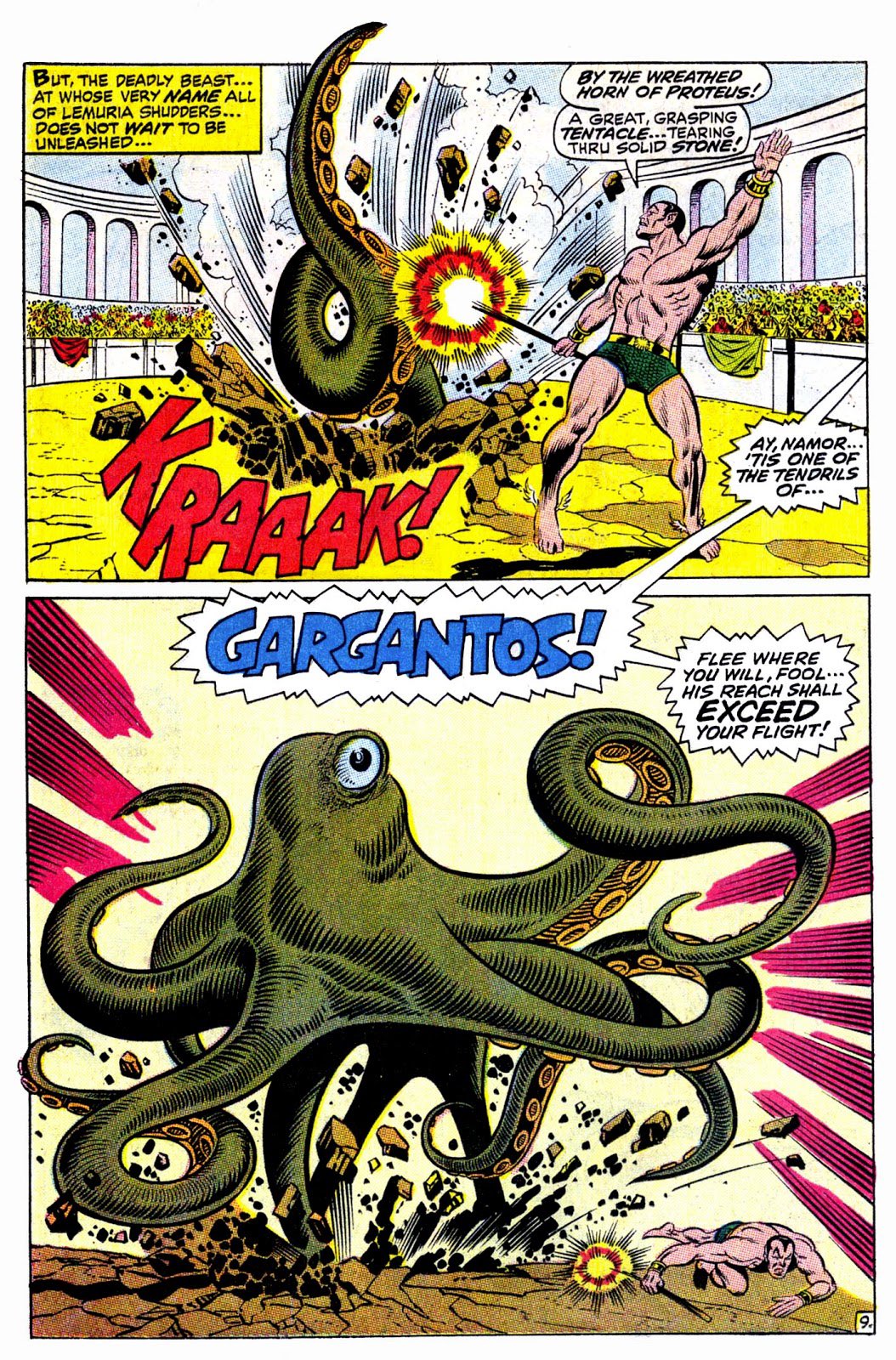 Another ability this monster of the deep has is a hypnotic ray that comes out of its eye. It casts a beam at its victims and then controls them to do its will.

The main characteristic of this character is its round head, single eye, and tentacles with great strength. These characteristics and his great power caused many to confuse the character’s identity. Many thought that this was Shuma-Gorath, a monster from the Doctor Strange comics.

Marvel and Lego clarified the point of who is Gargantos, stressing that it was not this Shuma-Gorath. For copyright reasons, they could not use this character. Instead, they used Gargantos, whose appearance was similar; however, he belongs to another comic of the universe. Lego confirmed this by releasing a toy of the monster and revealing the monster’s identity. 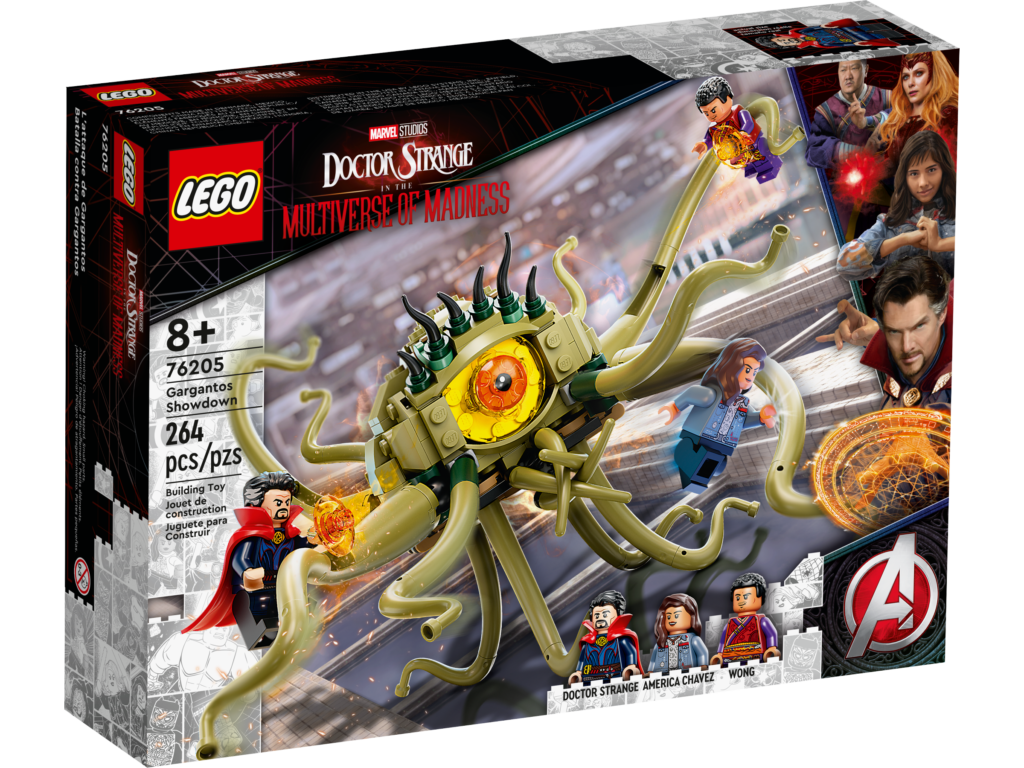 Gargantos is a character that has appeared very little in the Marvel world. For this reason, few people know who is Gargantos. He has had two appearances, one being secondary and the other main. These rare appearances caused few fans of the universe to know him. And, of course, much fewer people are not regulars of the Marvel Universe.

As we mentioned before, it only came out in Comics before the release of Doctor Strange: in the Multiverse of Madness. With this release, it has already appeared in movies and comics, although it is not known if Marvel will use it in another production.

Who is Gargantos in Comic Books

To know who is Gargantos, we have to look at the Comics. He appeared on several occasions in the comics, being the first one in 1969. In that year, he appeared in comic book number 13 of the underwater man. The monster and the main character had an intense fight in this issue. This confrontation occurs at the bottom of the sea, ending with the death of Gargantos.

In his second appearance, this one was shown as a fight souvenir in the X-Factor Annual issue number 14. Appears literally in a vignette, never to be offered again. Those who knew the character thought that Marvel had permanently removed him from their ranks of available characters.

In the movies, he has only appeared once, and as you can imagine, it was the movie released this May 5th. We are referring to Doctor Strange: in the Multiverse of Madness. Even before its release, the monster could be seen attacking a city, throwing cars all over the place like small rocks.

His appearance in Doctor Strange 2 was something that few fans expected, as he does not belong to this saga. However, it added a pretty good extra in the opinion of many critics. Also, considering how scary this character is and how much the director of this filming, Sam Raimi, likes this kind of thing. The fact that this being appears in the film combines very well with Raimi’s style.

As we mentioned earlier, the character of Gargantos was revived by Marvel for this production. Remember that the underwater man had eliminated this in 1969 by hitting him ferociously with his battle-ax.

It has been 53 years since his death, and Marvel brought him back to life. The question on many people’s minds is whether he will appear again in other productions or if Marvel will bury him again. We will have to wait for what the company does to determine the character’s future. We know that his appearance in Doctor Strange 2 was a delightful surprise for many.