Illuminati Members: Get To Know The Heroes Of Marvel’s Secret Group 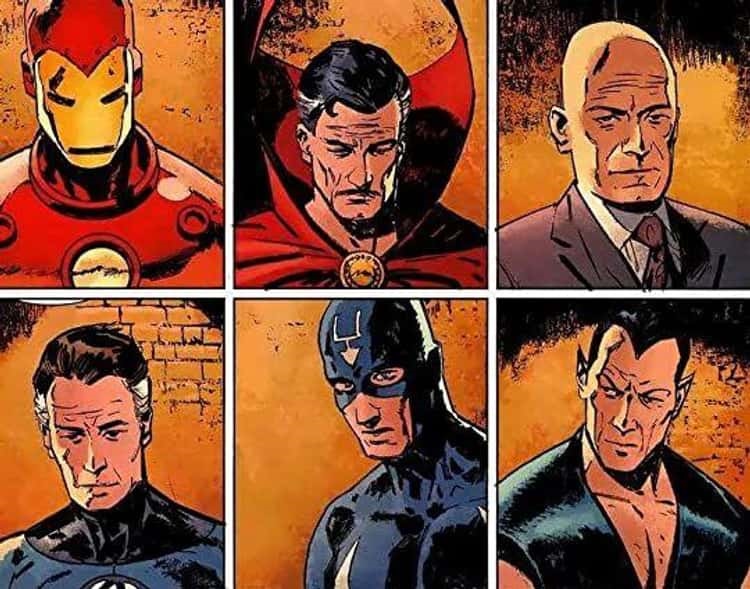 Aside from the Avengers, we’re set to witness another Marvel’s group of superheroes. Let’s get to know the famous Illuminati members!

“Stephen Strange, the Illuminati will see you now.”

This is what Mordo announced in a trailer released for Multiverse of Madness. And if you grew up seeing X-Men movies, I’m sure you also screamed at the top of your lungs upon hearing a familiar voice.

Yep, that’s right! It’s been a while since we found out that our beloved telepath is in the upcoming Doctor Strange movie. But, Professor X is not the only one on this list!

The latest teaser gave us two more characters. They appeared to be bumping fists with the Scarlet Witch. Fans have affirmed that these two characters were Captain Carter and Captain Marvel. Now, that’s already a bunch of cameos!

Yet, we want more. But for now, let’s take a quick lesson and refresh our minds about Marvel’s Illuminati members. Who are the heroes in this secret group? More importantly, will they appear in the Multiverse of Madness? 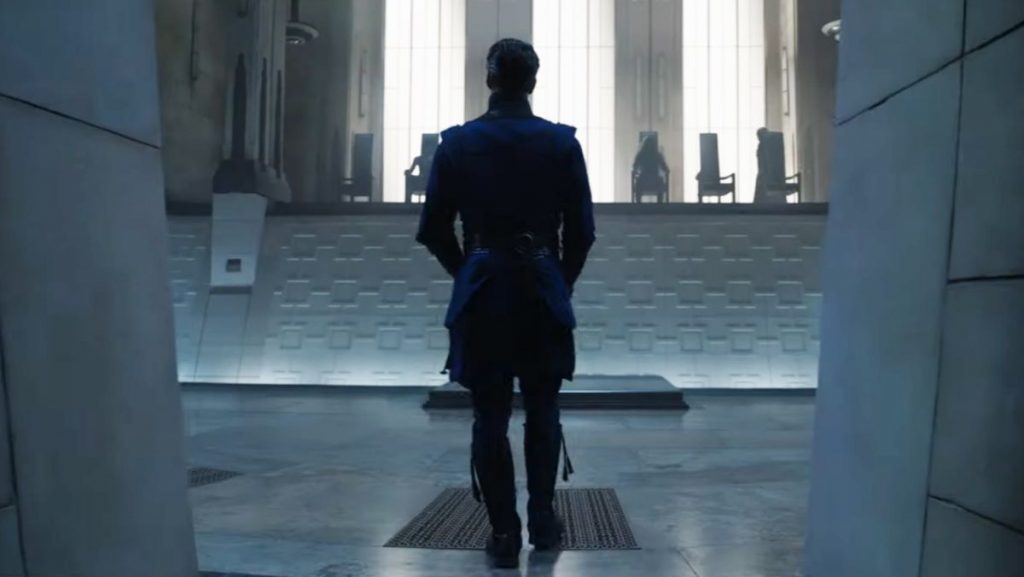 The Illuminati is a secret organization comprised of the most powerful heroes. They work in the background, discussing issues that might affect the superhuman world.

Originally, it was Iron Man who started it all. He formed the group shortly after the Kree-Skrull war. He felt that creating such a group would prevent the same disaster from falling on Earth.

The Illuminati debuted in New Avengers #7 in 2005. Brian Michael Bendis and Steve McNiven wrote and illustrated the series.

So, that’s a quick background of the group’s members. Bendis shared some thoughts about the original members and why they are in Illuminati. He said, “They all bring with them a unique viewpoint and perspective that isn’t shared by the others.”

Now, let’s get to know more about the original Illuminati members.

Our favorite genius, billionaire, playboy, and philanthropist is the first on the list—Tony Stark or Iron Man.

Iron Man is the one who came up with the idea of forming the Illuminati. Stark’s goal is to create a governing body for all superheroes in the world. The ultimate goal is to help each other strategize ways to maintain peace and order.

For Bendis, Tony Stark represents the Avenger kind of hero. Tony believes that superheroes can always work alongside the government and not outside of it. We can remember this same mentality during Captain America: Civil War and Tony’s position on the accords.

Reed Richards is the leader of the Fantastic Four, a group of scientist-turned-superheroes. Due to an accident, they got exposed to cosmic radiation, which gave them superhuman abilities.

Reed Richard’s powers allow him to stretch his body into any shape he desires. But his real strength lies in his intellect.

Mister Fantastic is one of the most brilliant heroes in the entire Marvel universe. He has a genius-level intellect and extraordinary mastery of the sciences. Whether it’s physics, human and alien biology, chemistry, or engineering, Reeds know it all.

For Bendis, Reed represents the scientific community in the group. 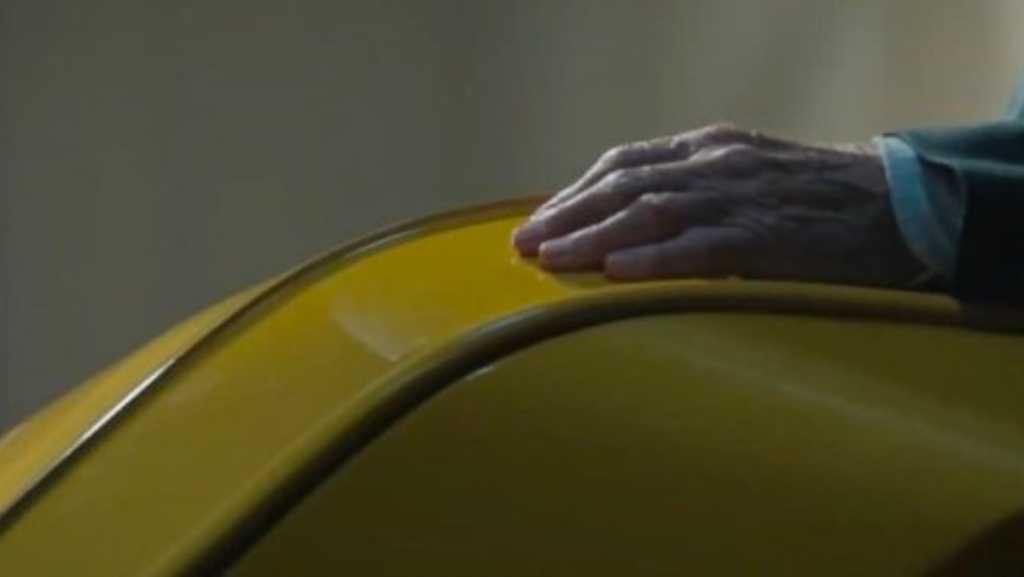 Professor X is the leader of X-men and among the most powerful telepaths in the Marvel Universe. Charles falls under a subspecies of humans born with superhuman abilities called mutants. Sadly, the mutants are often discriminated against by society.

Charles Xavier is born with superhuman abilities that allow him to read and control people’s minds. He can seek into anyone’s mind from all across the globe with the help of Cerebro.

He dedicated his whole life to building a safe space for other mutants, giving birth to the X-mansion or Xavier Institute. The private property doubles as a training ground and school for young mutants.

As an Illuminati member, Xavier represents the mutants.

Namor, also known as Sub-Mariner, is a mutant son of a sea captain and princess of Atlantis. He falls under the race of Homo mermanus, which is a race of gilled aquatic humanoids.

Sub-Mariner can live underwater and possesses superhuman strength, agility, and reflexes. He can also communicate and control marine life and hydrokinesis.

Namor gives the antihero perspective to the group. With his bold personality and antihero mindset, he often acts as a foil to other Illuminati members.

Black Bolt is the king of Attilan and a member of Inhumans.

He has the most destructive power of all the Illuminati members. Black Bolt can transform even a whisper into a powerful shockwave. With this, he can destroy a city or even erase a human from existence. Because of the danger he can potentially create, he has undergone rigorous training to prevent himself from making any sound.

In the group, he gives a perspective of a king or monarch. After all, he is the king of his people.

The man of the hour! Stephen Strange is a former surgeon-turned-sorcerer. In this comic series, Strange serves as the Sorcerer Supreme of Earth. As such, he is the primary protector against magical and mystical threats.

He uses magical artifacts like the Eye of Agamotto, Book of the Vishanti, and Cloak of Levitation. With his gifted intellect, he can memorize spells in seconds.

As an Illuminati member, Strange speaks for the mystical side of the Marvel Universe. 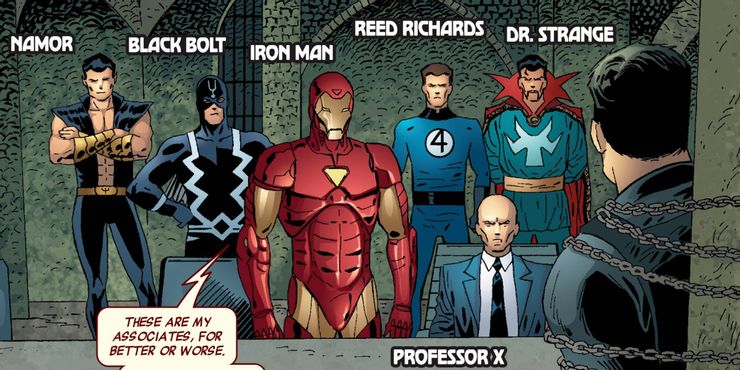 And now that the Multiverse of Madness is virtually within our reach, we can’t wait for which of these characters will do a cameo.

We have seen many fan theories and scoops that Tom Cruise might play a variant of Iron Man. Meanwhile, John Krasinski was also tagged as a good candidate for Reed Richards.

I guess we just have to wait who among these Illuminati members we will see in the upcoming Doctor Strange movie.

Who do you want to make a surprise appearance? Let us know below!