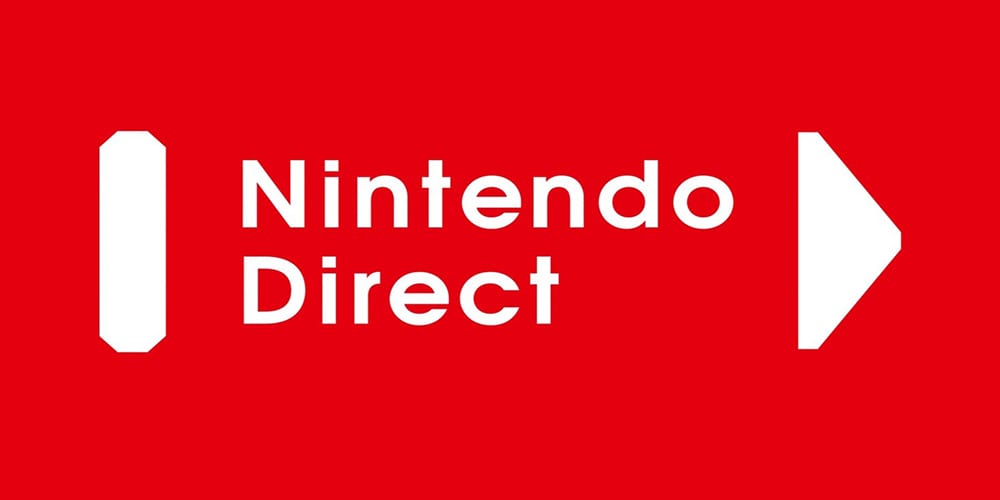 In the words of Gucci Mane, “it feels so good to be back.” The last full Nintendo Direct occurred on September 4, 2019. Nintendo presented smaller showcases in between then and now, but nothing like this. We’re looking forward to a ton of exciting things Nintendo is working on. Fans tune in to these events hoping to see their favorite series get a new reveal. The only real promise ahead of the February 17 Nintendo Direct was an update for Super Smash Bros. Ultimate. With Pokemon 25 underway and the 35th anniversary of The Legend of Zelda drawing near, Nintendo could go very big for this event. Did they meet our expectations? Well, that’s what we’re going to cover in this article. If you’re wondering what you missed, then here’s a full rundown of every piece of news in the live stream. Spoilers for the event will follow down below. 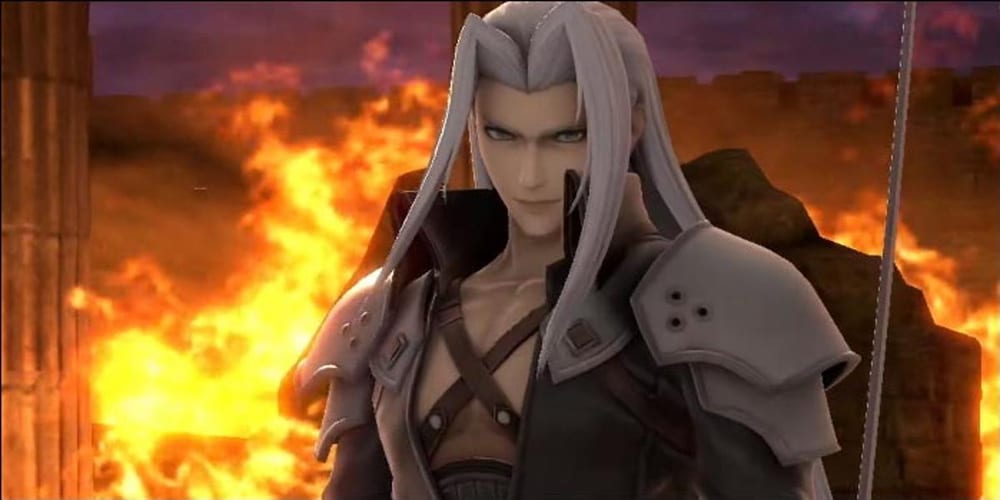 It’s finally here and we have a ton to talk about. From new reveals and surprises to more Pokemon 25 events, we have a lot to get to. We’re going to literally run down the event from start to finish, so let’s get to it!

A cold open for the presentation led to a trailer for Pyra from Xenoblade Chronicles 2 as a new character for Super Smash Bros. Ultimate. The attacks from the popular series seem to fit quite well with the game. The reveal was a lot of fun and I think she’s a great addition. The coolest addition is the ability to morph into Mythra sort of like the Pokemon Trainer character.  New maps from Xenoblade will also accompany Pyra.

Next, a trailer for Fall Guys revealed the game’s arrival on Nintendo Switch this summer. The popular battle royale party game is a welcome addition. Next, a reveal led to an Outer Wilds trailer for Switch. The space exploration game is wonderful and well worth playing for fans of open-world games. I loved my time with it on the Xbox One X. 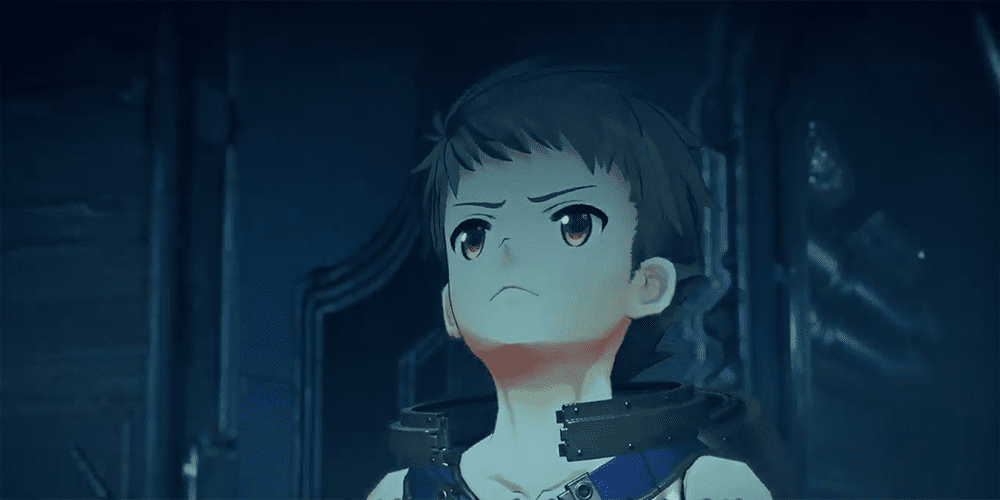 Nintendo continued with a reveal for two Famicom Detective Club games that are coming to North America for the first time. The series is popular in Japan but never released in the U.S. The narrative-based mystery games are sort of like playing a young detective with click-and-point gameplay. If you enjoy games like this, then these seem to be a fan favorite. Both games come out on May 14.

Additionally, Samurai Warriors 5 is arriving on the Switch this summer. The popular series borrows from the Dynasty Warriors series but for feudal Japan. Next, Legend of Mana was shown which has not come to consoles in about 20 years. The game is part of the historic Mana series and is a gorgeous-looking JRP. Fans can grab this game on June 24 for Nintendo Switch.

The next video revealed more footage from Monster Hunter Rise. The game should be one of the largest Nintendo Switch titles released in the first half of 2021. Designed exclusively for the Switch, the game borrows elements from the record-breaking Monster Hunter World released on PlayStation 4, Xbox One, and PC. The gameplay preview left me feeling more excited for the game than I originally anticipated. The graphics look great for the Nintendo Switch’s limited capabilities. The game releases March 26, and a special edition console bundle and Pro Controller are coming as well. 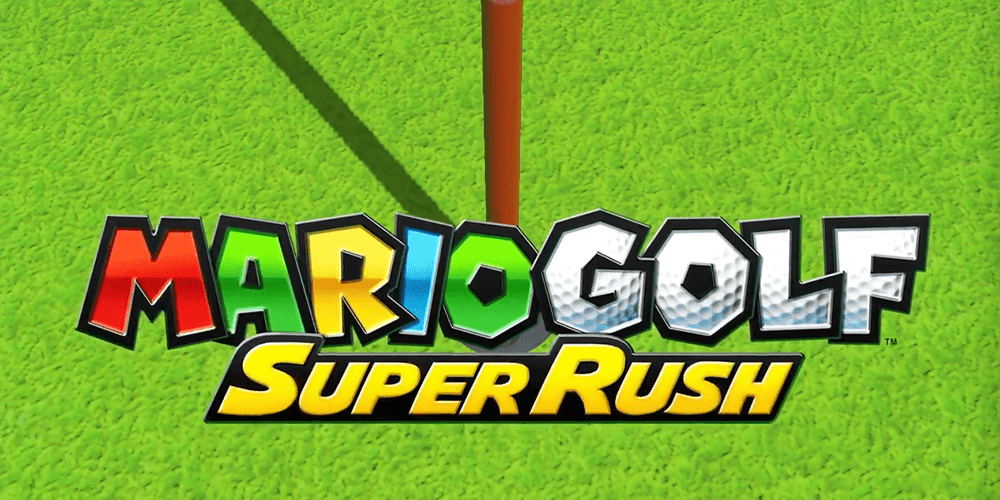 I can’t contain my excitement for Mario Golf Super Rush. I love the Mario Golf series and the game looks much more in-depth than past entries. The motion controls of the Joy-Con are also going to allow for realistic gameplay. Minigames and other exciting additions seem to make this the best entry yet. The game releases June 25 and preorders are up now.

No More Heroes 3 looks incredible and is coming to Switch as well, releasing on August 27. Annapurna Interactive’s Neon White looks like a lot of fun. You literally get to be an assassin in heaven, which is wildly intriguing. There are first-person run and gun elements and some semblance of a story involved. The game will release this winter.

DC Super Hero Girls: Teen Power is going to release for the Switch as well. The game seems like a cartoon-style adventure game with a lot of cool attacks for each hero. You can grab this one on June 4.

Additional Reveals, Including a Huge RPG 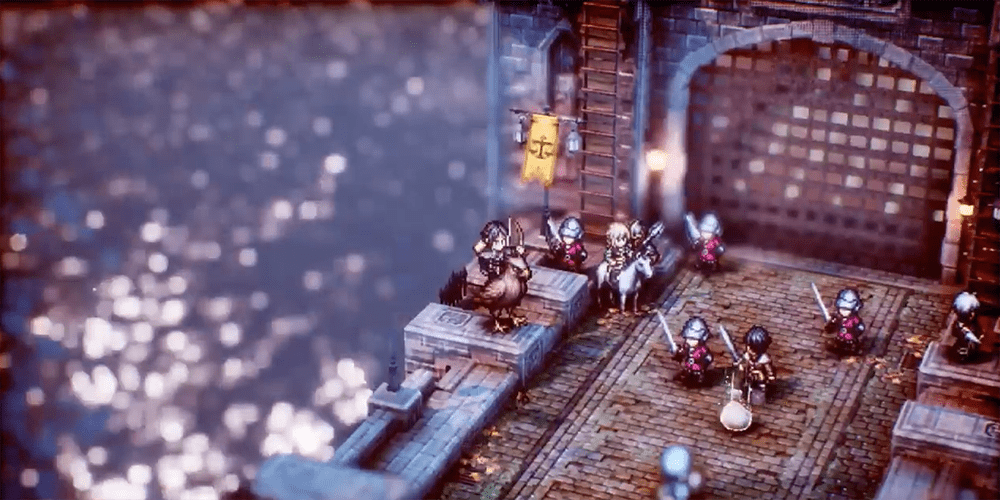 The February 17 Nintendo Direct continued with an announcement trailer for Plants Vs. Zombies Battle for Neighborville Complete Edition. The game will release on March 19. This fun-filled shooter is wildly popular and one of EA’s most profitable franchises over the years. We’re also getting Miitopia from Nintendo. The game, originally released for 3DS, is a fun party game that stars your Mii characters. It’s odd to see the Mii character included so heavily in this game and Mario Golf. Maybe Nintendo is bringing back the Mii feature in a more significant way? The game will release May 21.

Up next is a Super Mario-themed Animal Crossing collab. To celebrate the 35th anniversary of Super Mario, you can use mushrooms, blocks, and other fun items to celebrate the game’s iconic birthday. The coolest feature is a warp pipe that allows you to travel to locations on your island. I’m all for this one, which will release February 25.

This reveal pivoted things to the huge reveal of Project Triangle Strategy. I’m so excited for this one because the story seems so elaborate and unique. The 2.5D adventure game scored by Akira Senju and looks a lot like Octopath Traveler, one of the finest RPGs in recent memory. The story changes based on in-game decisions. Tactically-minded combat also allows you to relive the glory days of Final Fantasy Tactics and other titles. The game will release in 2022. 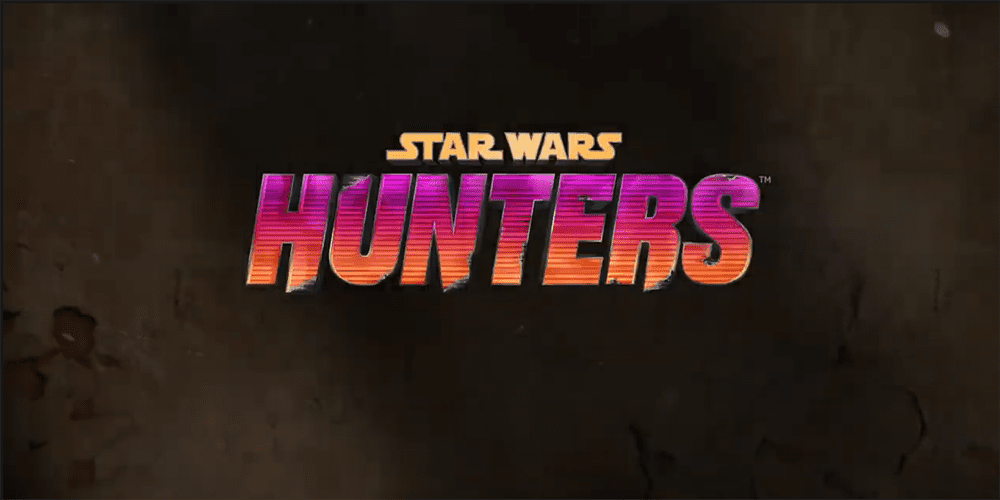 Okay, I’m trying to stay calm. The “headlines” portion of the Nintendo Switch Direct led with Star Wars Hunters, a new game from Lucasfilm Games. The free-to-play game takes place between Episode VI and VII. It’s going to be a multiplayer shooter and looks very fun. The game will release in 2021. Next, EA’s Knockout City got a fun video featuring some of the in-game characters. The game features deathmatch-style combat and will be fully online. You can check this one out on May 21.

Next, World’s End Club from NIS America showed a fun teen-focused adventure side-scroller. The game releases on May 26. A physical release for Hades is coming as well on on March 19. We’re also getting all three original Ninja Gaiden titles in a trilogy release that releases on June 10. Finally, Hyrule Warriors: Age of Calamity will receive new battles you can play. The Expansion Pass will include two waves of new content for $20. 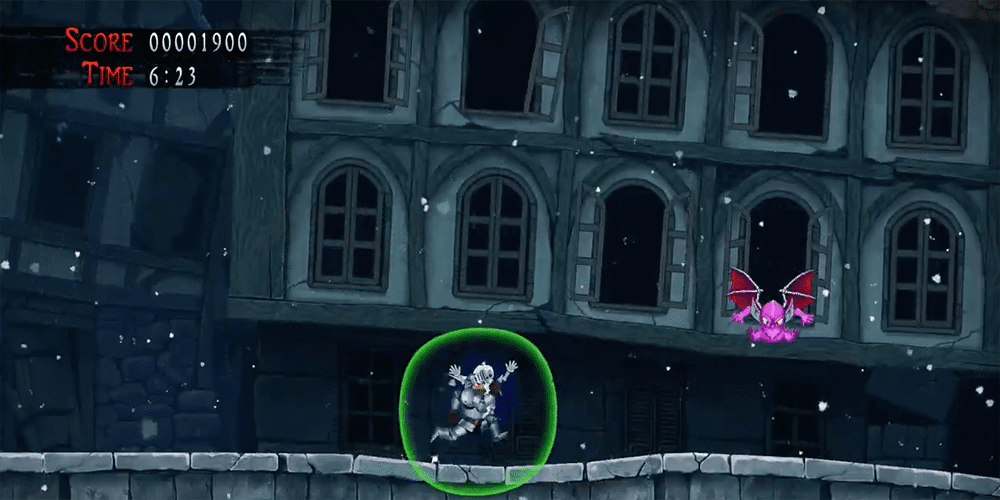 The following games got a few video clips but we already knew they would release soon. Those included:

The Legend of Zelda Updates 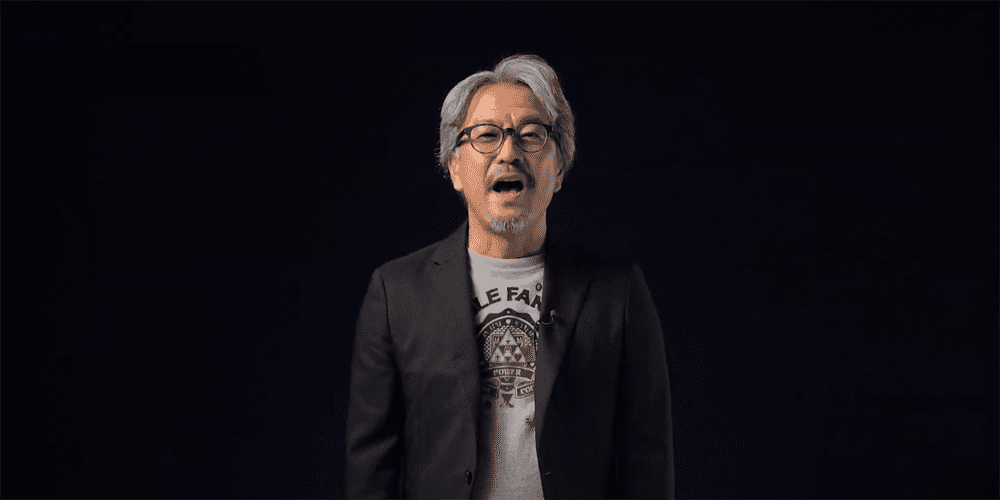 New info for Breath of the Wild 2 first led the Zelda section of the February 17 Nintendo Direct. The game is progressing well but still a ways away from release. The big reveal was the preview for The Legend of Zelda: Skyward Sword HD. The remastered experience will release on July 16. The game will still feature motion controls but there are going to be button controls as well. That’s a huge move for Nintendo, who originally developed this game with motion controls in place for the Wii in 2011. Special Joy-Cons will release for Skyward Sword HD game that look incredible.

Personally, I’m shocked we’re not getting more news on The Legend of Zelda’s 35th-anniversary event. The lack of new Zelda news is a huge bummer for me and I’m sure others share the same feeling. 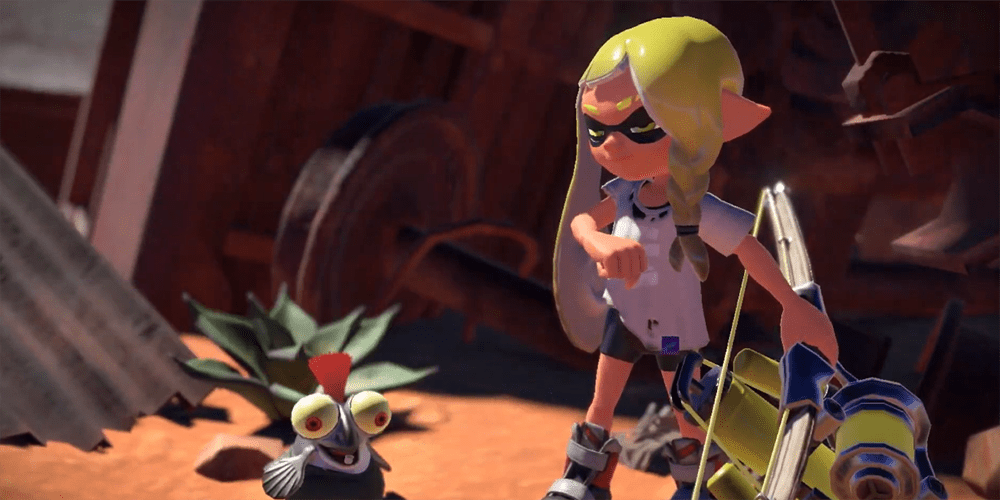 The final reveal for the February 17 Nintendo Direct was a huge shock. The game began its trailer with a clear view of a Splatoon character. An upcoming release, titled Splatoon 3, is going to bring more action to the series than ever before. The game is wildly popular with a lot of Nintendo fans but some haven’t given it a try. When the game releases in 2022, I’m sure more people will be on board. As a final reveal, the game left me feeling a bit let down. I’m a Splatoon fan, but I want to know what is coming this year, not in the future.

Wrapping up the February 17 Nintendo Direct 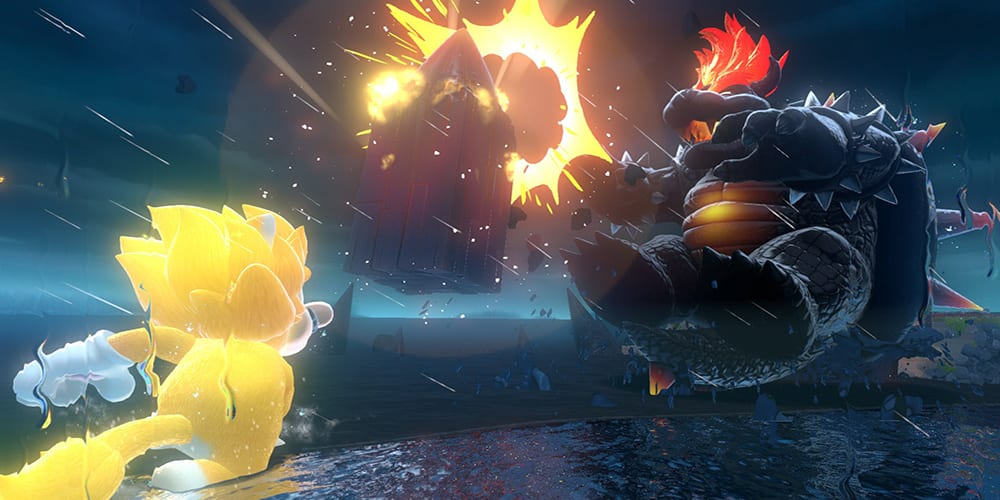 Overall, there was a lot to love about this event. I’m going to be talking more about the games featured in the event this week, but I’m just a little let down. I’ll explain why in the briefest way possible. Mario Golf should not be the game I’m most excited to play on a full-fledged Nintendo Direct. There’s a lot to love, but it’s fair to be critical in my eyes. Two major series, Pokemon and the Legend of Zelda are celebrating milestone anniversaries this year. We didn’t get a single new Pokémon reveal and Skyward Sword is a highly divisive game. Either way, it’s always nice to see what’s on the horizon for Nintendo.

What was your favorite moment in the February 17 Nintendo Direct? If you have something that you want to praise or rant about, then drop it in the comments! Also, you can watch the presentation below. Thanks for reading Comic Years for all things gaming, comics, and pop culture!

The Importance Of Seeing Ernest Dickerson
Star Wars Trilogy Still On For Rian Johnson, Just No Actual Timetable Yet