The latest Nintendo Direct showed a lot of very exciting upcoming games and features for Switch fans. Here’s a breakdown on everything.

Step by step, let’s walk through news and reveals from the recent Nintendo Direct.

Blizzard’s wildly popular multiplayer shooter is on its way to the Switch. The game releases October 15th, and digital gamers can pre-purchase the title now.

For its fourth DLC fighter, Super Smash Bros. Ultimate is releasing Terry Bogard from the series Fatal Fury. A pass of all DLC fighters, with one more yet to be announced, can be purchased for $25 USD. Each individual fighter is $6. A release date for Bogard is yet to be finalized, but will take place in November

The third DLC fighter, announced back at E3, is available starting today. Banjo Kazooie earned a ton of online petitioning to make it into the game, largely in part to the game’s cult following since the Nintendo 64 days.

The 2012 Wii game, and first entry in the Xenoblade series, Xenoblade Chronicles is being rereleased for the Switch. The game will come with all DLC, and release sometime in 2020.

Nintendo Switch Online Gets SNES Games at No Additional Cost 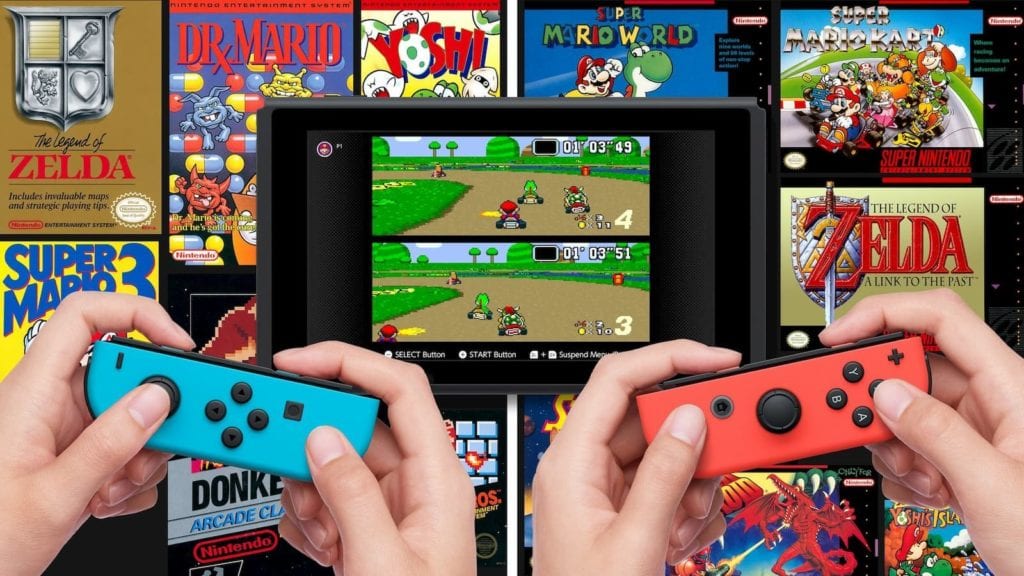 NES games released with the Nintendo Switch Online program, but now gamers can also play SNES games at no additional cost. Here’s the full list of launch games, which are available for subscribers now:

More game will release monthly, just like the service’s NES offerings. Additionally, a wireless SNES controller is going to release for subscribers. The listing will go live shortly, and be available here.

Tokyo Mirage Sessions #FE Back for an Encore During Nintendo Direct

The Wii U’s Shin Megami Tensei and Fire Emblem crossover game is getting a shot at the Switch’s much larger audience. Tokyo Mirage Sessions #FE Encore is set to release on January 17th, 2020, and might get a good boost from fans who enjoyed Fire Emblem: Three Houses earlier this year.

In version 2.0 of Tetris 99, the game is getting a new Invictus Mode, which isn’t unlocked until players hit first place in the standard online mode. It comes with daily missions, as well as 2P sharing battle mode and  paid DLC for local arena matches. A physical edition of the game also releases September 6th.

Two new Pokémon are revealed, including the teapot ghost-type Polteageist and flying-water swallow Cramorant. New costumes and style pieces revealed as well, and the Wild Area, in which players can visit each other and battle.

The Legend of Zelda: Link’s Awakening Gets Amiibo Figure, Plus More Smash Figures

Amiibo seemed all but dead and gone from Nintendo’s product list, but a new figure is coming out alongside The Legend of Zelda: Link’s Awakening. The game and amiibo launch September 20th. Super Smash Bros. Ultimate is also getting new amiibo for Incineroar, Chrom and Simon Belmont, releasing November 15th. 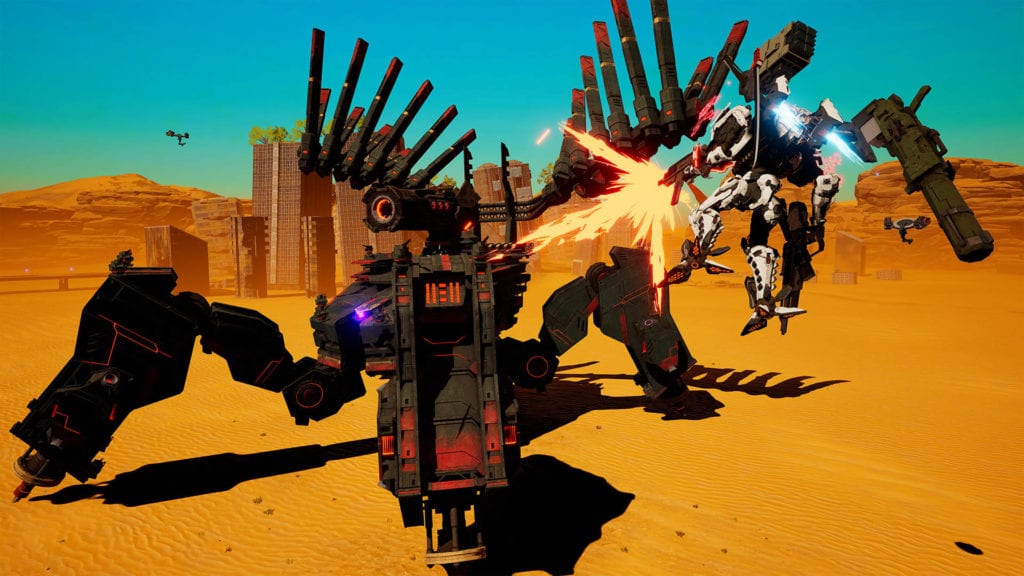 The mech fighter Daemon X Machina releases September 13th, but a demo is out now. Featuring the full prelude, the demo hopefully draws in those who don’t know what to think of the mysterious action title.

A multiplayer action fighter, friends can craft weapons and fight one another in this Kirbyverse title out now.

The critic and fan favorite Divinity: Original Sin 2 is coming to the Switch. Actually, surprise: it’s already ready to purchase and download. Much like The Witcher 3, the port is slightly downgraded in graphical quality, but it’s still amazing to be able to have it on a Nintendo console! Witcher 3, of course, is coming October 15th with all DLC included.

Return of the Obra Dinn Coming to Nintendo As Well

Another critic favorite, indie darling Return of the Obra Dawn is coming to the Switch as well. The game features an exotic setting, very subtle power plays in the form of puzzles and struggles for answers, and a very great experience overall.

The team behind Pokémon, Game Freak, revealed their new title Little Town Hero. In the game, you battle monsters and gather allies all within the confines of a single town. Sound vaguely familiar? The game releases October 16th, and is available for digital pre-purchase now on the eShop.

Deadly Premonition 2: A Blessing in Disguise caught everyone off-guard. The cult series is all about FBI investigations, and the new game is coming in 2020. The original is now available as well on the eShop.

Hi-Rez Studios unveiled a new 5v5 online shooter called Rouge Company. The new IP features objective based gameplay, as well as customizable characters. You can play with friends, or join a lobby for instant matchmaking.

The old Star Wars video games are certainly on our list for an upcoming History of Gaming (check out our Gears of War Post too!) piece, and 2002’s Star Wars: Jedi Knight II: Jedi Outcast is one of the games that’d be worth discussing. The title is going to be playable on the Switch and PS4 September 24th.

DOOM 64, the classic hellish shooter, is coming to the Nintendo Switch on November 22nd. Sign me up, and probably many others too.

Dauntless looks like a game any RPG veteran would love. If you love RPGs, then this is something worth checking out. With action elements and cross-play with PC and consoles, Nintendo Switch players can start gaming with everyone else now that the game is out for the console. 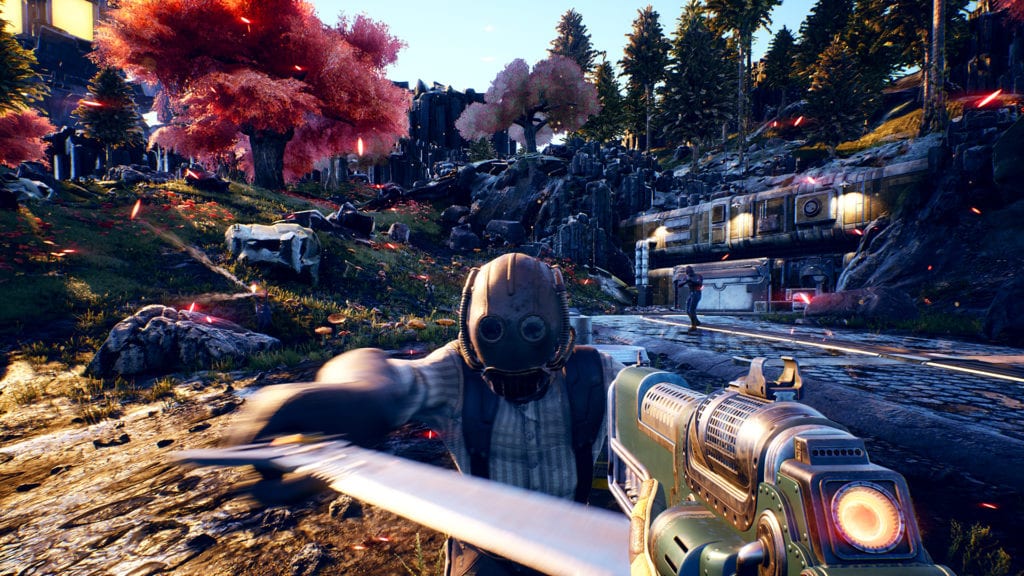 Biggest Surprises in the Nintendo Direct

Hands down, the Direct sort of surprised everyone. The news of the 4th DLC character for Super Smash Bros. Ultimate did not excite, but after that, a number of announcements came out of nowhere. An early 2000s Star Wars video game and DOOM 64 are going to be on my Nintendo Switch in 2019. Totally crazy that the ports are happening at all, but handheld play continues to be the console’s biggest perk.

Despite all these announcements, two huge games dominate the upcoming season. First, Luigi’s Mansion 3 releases October 31st, and has the potential to be a dark horse for critical and fan acclaim. The series is popular, but a bit like a cult following. A Switch release could be a transforming moment for the series, given the console’s popularity and sales numbers.

Sword and Shield are also huge releases, although not coming until November. The lasting impact of Pokémon is never going to fade, but fans are a little troubled that you cannot transfer non-Sword and Shield catches into the game. This eliminates the ability to allow for any combination of rosters, and that’s upsetting to those who love the freedom.

I think by all accounts, the September Nintendo Direct can be considered a huge hit. The surprises are welcomed, especially those that weren’t even in anyone’s wildest imaginations. Plus, all the ports make the Switch even more dynamic thanks to its portability.

Comic Years is the place to go for gaming news, comic book reviews, and all things pop culture. Let us know what you think of the Nintendo Direct in the comments, and feel free to share on any of your favorite social media channels.