Carrion Review - Be The Monster In Monster Movies

Home » GAMING » Carrion Review – Be The Monster In Monster Movies

Carrion Review – Be The Monster In Monster Movies 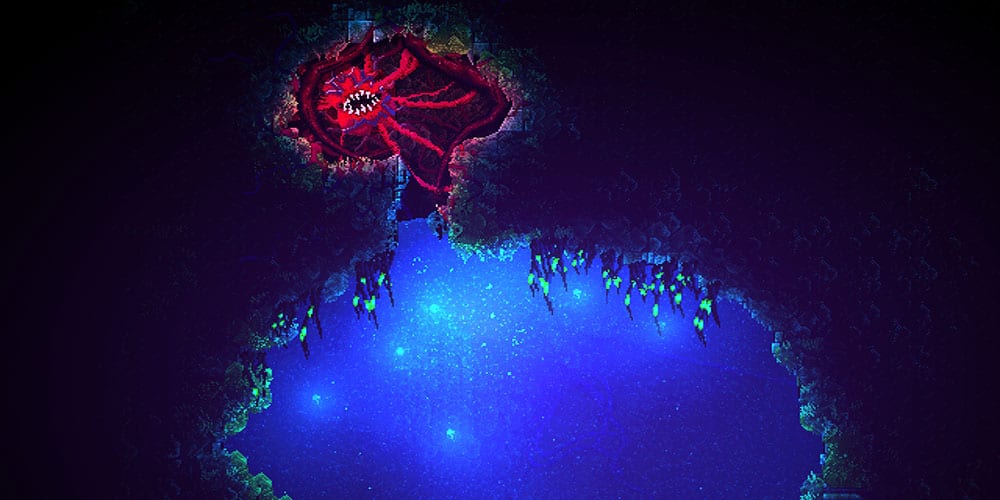 Carrion is a great new game from Devolver Digital with a simple premise: be the monster in monster movies. The developer is always known for interesting art, great retro design, and wonderful gameplay. This time, however, they stepped it up with a great concept that is matched by equally wonderful action and Metroidvania mechanics. If you’re on the fence about this game, then hopefully this Carrion review helps.

Carrion Puts You In Charge of the Terror 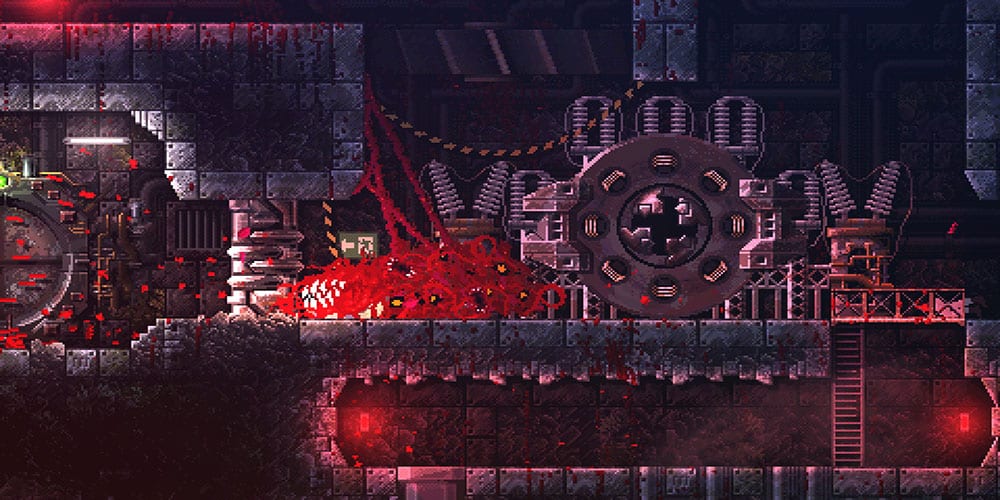 Phobia Studio couldn’t have a more appropriate name for a studio that designed such a gory, monstrous game. With the horror genre for games walking the line of fighting monsters for so long, Carrion is a “reversed-horror” game. Instead of playing humans attempting to survive, you play the Alien, hunting humans for sport. Your goal is to find different areas and spreading your biomass to ensure your survival. That’s it: that’s the game. The premise is simple and the gameplay follows suit. As you progress through the game, you pick up new abilities that enhance your hunting prowess. As I worked on my Carrion review, I found myself excited enough to carry on but not quite engaged. It really comes down to the controls for me. 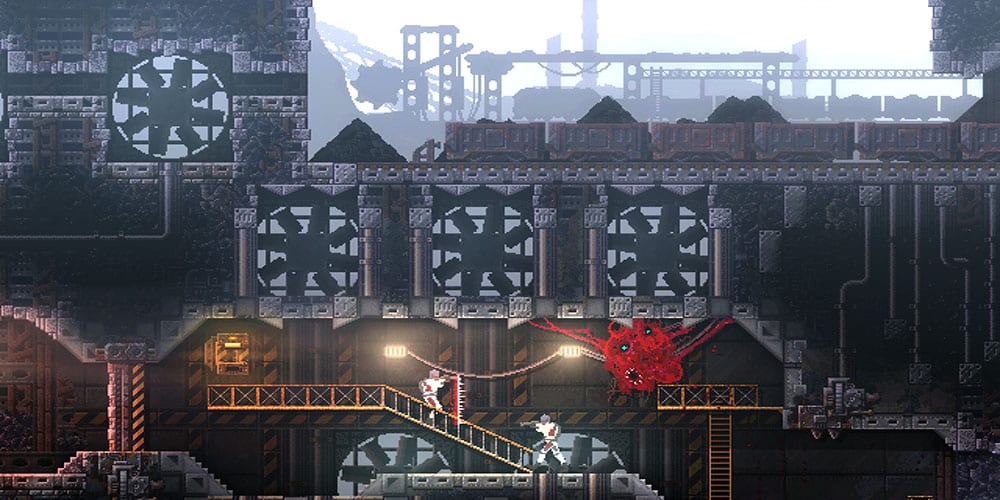 The dual-stick approach to movement and grabbing enemies is not precise. There are quite a few times where I would wait in the shadows to pull off a timely kill as humans patrolled an area. Instead, I would go to strike and find that I couldn’t get the timing down. The left stick sends your Alien flailing all over the map with seemingly little accuracy. I hoped I would nail it better as I played along, but I never could. There is an overwhelming sense of power playing as this creature, but it would feel much more satisfying to feel total control over its movements and kills.

The art and design, however, are flawless. The visuals in this game evoke the greatest pixel-art Metroidvania titles of two decades ago. In true Devolver fashion, the studios under their wing create incredible worlds and environments that feel so true to their vision and what players want. It’s enough to help players get passed some control issues and enjoy the hunt. Honestly, it’s fairly simple: if you love the classic Alien (which we have a review for) films, then this is like getting to live it out as the threat instead of the threatened. 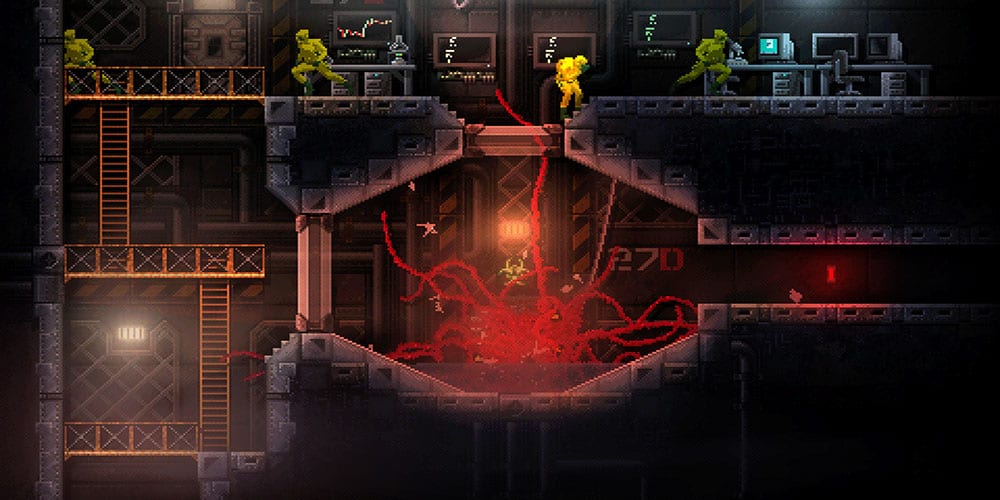 I review my games on a scale of 1-10; Carrion is a strong 7. The control issues limited my ability to “lose” myself in this one but I loved the art and world. The reverse-horror concept is great, and many will love the Metroidvania room exploration and puzzle-solving. You aren’t invincible as The Alien, which means you will have to use your powers wisely to get through armed enemies. Still, you can progress fairly effortlessly if you use the new abilities you unlock and items around you. It’s a good playthrough for anyone who enjoys retro-style games or Metroidvania mechanics.

Carrion is available for Xbox One, Switch, and PC via Steam and GOG. A digital review copy of this game for Xbox One was provided by the publisher for the purposes of this review.