Moon Knight and JRJR Return to Marvel Comics This Summer!

Moon Knight And John Romita Jr Both Return To Marvel This Summer! 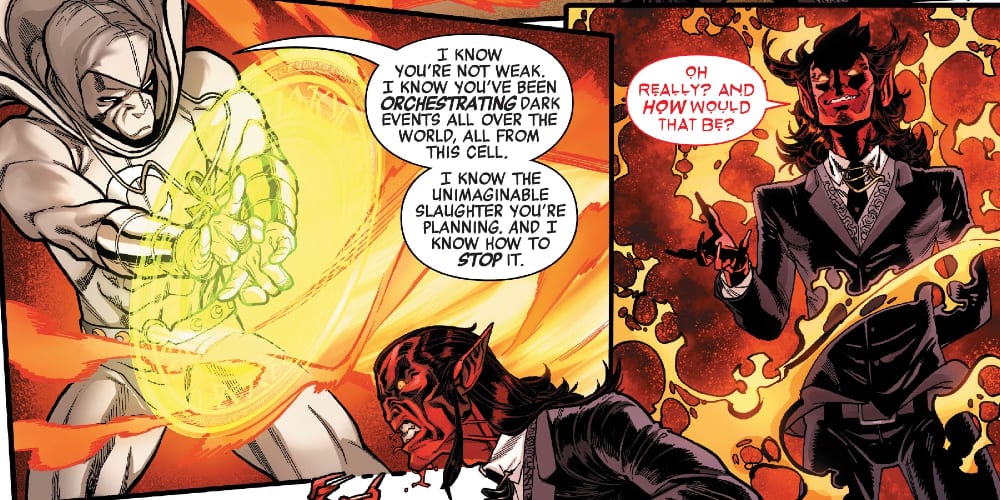 John Romita Jr is a living legend in the comic book world. Moon Knight is one of the most popular B-list heroes there is. But recently, Romita worked exclusively at DC Comics while Moon Knight played the villain in Jason Aaron’s Avengers. Well, for fans of both, there’s some good news! JRJR and Moon Knight are making their return to Marvel Comics this summer! And though we don’t know a lot, editor CB Cebulski shared some teases on Twitter recently.

How Will Moon Knight Return to Marvel Comics, and Will JRJR be the Artist on the Title? 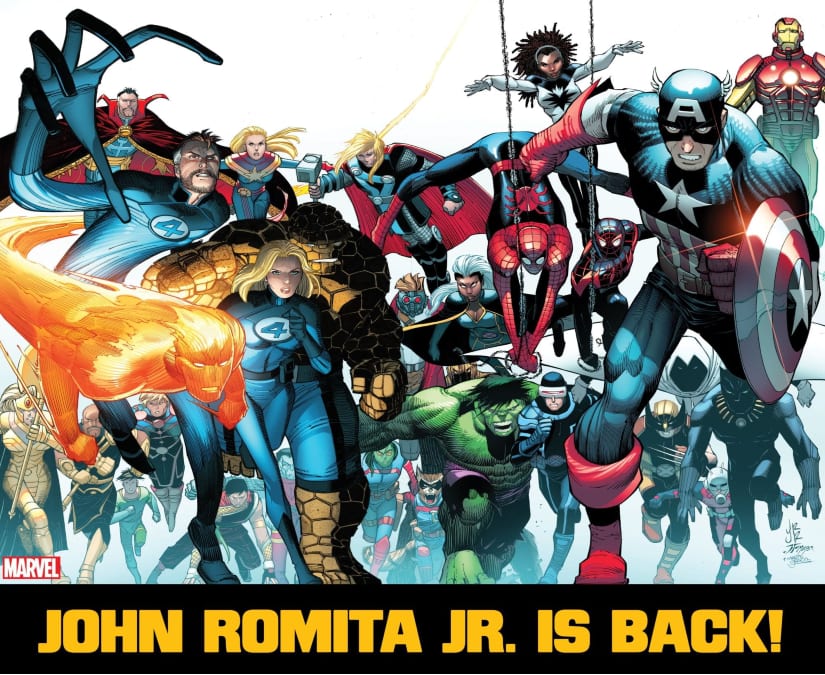 From Cebulski’s Twitter announcement! Look at how beautiful that is! (Image: Marvel Comics)

Both of those answers are “don’t know,” but we can speculate a little on the first. Oh, and SPOILER ALERT! Okay, you’re still reading? Jason Aaron’s Avengers is pretty much one epic Marvel event after the other, but without hundreds of dollars in tie-ins. One of those events, Enter the Phoenix, is nearly over. But it’s the story before Phoenix we want to look at: The Age of Khonshu.

Khonshu is an Egyptian god that gives Mark Spectre enhanced abilities, making him the Moon Knight. For his god, Moon Knight stole a major Avengers character’s power and gave it to Khonshu, who then started to remake the world in his image. At the end of the event, Moon Knight turns back into a hero and helps the Avengers take Khonshu down. But how does Moon Knight defeat his own god? He briefly becomes the phoenix! However, that doesn’t last long, and right after Khonshu’s defeat, the Phoenix leaves Mark Spectre. But what does this mean for the Marvel return of Moon Knight and JRJR?

I know after WandaVision, we’ve already felt burned by this, but…Mephisto.

Mephisto is the Perfect Villain for Moon Knight

For the fans speculating that the inclusion of Moon Knight in that JRJR promo piece was a tease that there’s a new ongoing series coming… yes, you’re right! More details, and some lovely art, coming soon!

After the Age of Khonshu, Mephisto remained a lingering threat. We’ve already learned that Mephisto controls Agent Coulson and the Squadron Supreme, leading to Marvel’s upcoming Heroes Reborn event. But Mephisto might have a special grudge over Moon Knight, considering that the last time they saw each other, Moon Knight hurled Mjolnir right rough Mephisto, killing “this version of him,” as Khonshu points out. Actually, Moon Knight might have screwed up and set Mephistopheles free.

So, it looks like a fight is brewing between the Lord of Hell and the Fist of Khonshu. But what could make this fight amazing? The return of JRJR, providing art for what could be a Moon Knight event. JRJR created the most grotesque version of Mephisto. For years, he was more or less a good-looking devil. Artists hinted at other sides of him, but JRJR took the look to its most horrifying. Observe, if you will, the Mephisto Daredevil faced in Ann Nocenti and JRJR’s run: 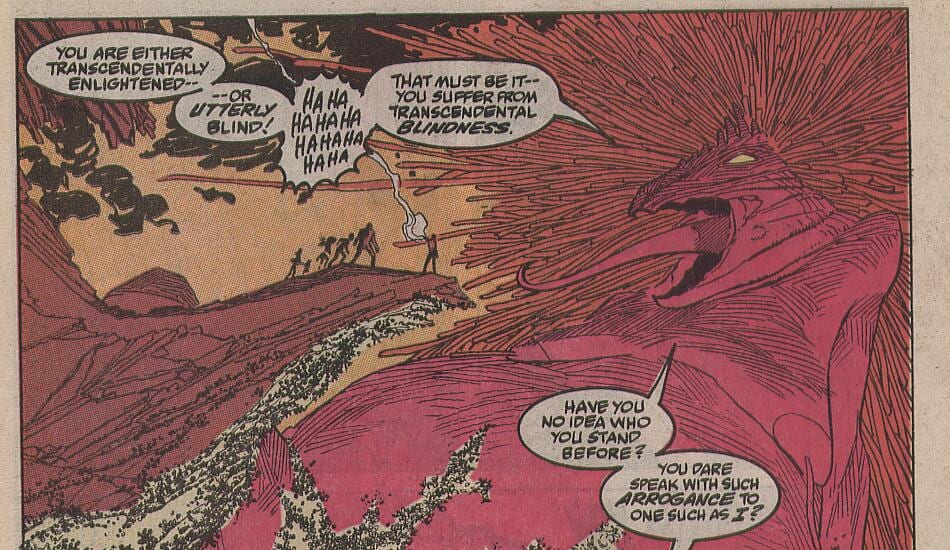 When Mephisto sits around Hell, he sits AROUND Hell. (Image: Daredevil #282, Marvel Comics)

That’s the Mephisto Moon Knight should face upon his return, and the characters JRJR should work on His work; as Brian Michael Bendis once described, JRJR’s characters look “like they’re carved out of concrete and fighting on a theatrical stage,” back when the two worked on Avengers together during Marvel’s “Heroic Age” era. What better way to present an avatar of a god, and a character with god-like powers, than an artist who draws like his work is etched in stone?