Who Is Darth Revan In The Star Wars Expanded Universe? - Comic Years

Home » COMICS » Marvel » Who Is Darth Revan In The Star Wars Expanded Universe?

Who Is Darth Revan In The Star Wars Expanded Universe? 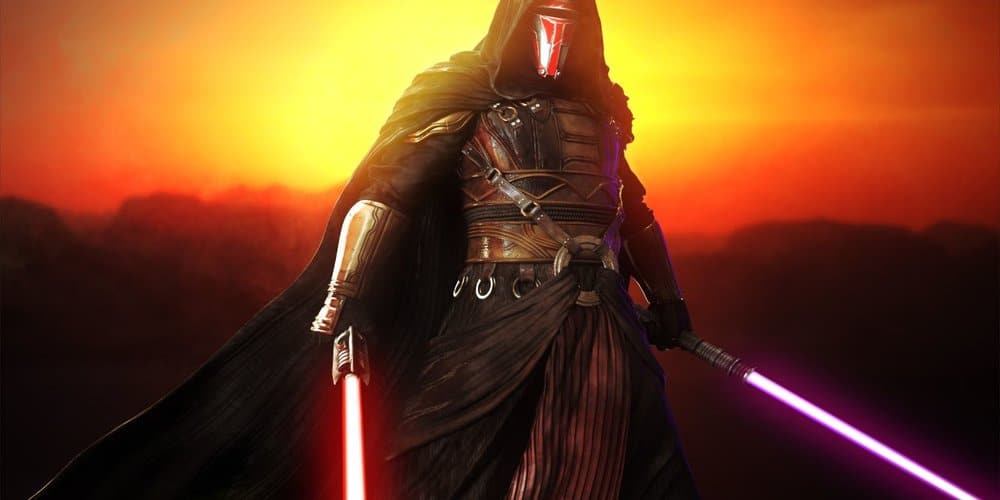 One of the most imaginative areas of the Star Wars Expanded Universe is the Old Republic. An exploration into this period of the Star Wars Universe is most famously and notably depicted in two award-winning video games from Bioware. Knights of the Old Republic introduced Revan as a character who would become critical to both the Jedi and the Sith. As the main playable character in Knights of the Old Republic, players learn Revan’s complicated story of good and evil. Following the game, Revan made his way into the Star Wars Legends canon with a book that helped explain his story further. Revan’s impact on a galaxy far, far away is largely unknown to casual fans. Let’s explore who Darth Revan is and why he’s one of the most popular fringe characters in the Star Wars Universe.

If your Star Wars knowledge derives solely from the movies, then you don’t know much about this character at all. For that very reason, it’s somewhat ironic that Darth Revan is one of the fandom’s favorite villains. People like me who sunk hours into 2003’s Knights of the Old Republic met Darth Revan at a particular point in his story. There’s a lot of talk about the Star Wars High Republic books and comics coming soon. Nevertheless, The Old Republic is a favorite among diehard Star wars fans. Let’s walk through who Darth Revan is to get a better idea of this villain’s complicated story.

Who is Darth Revan? 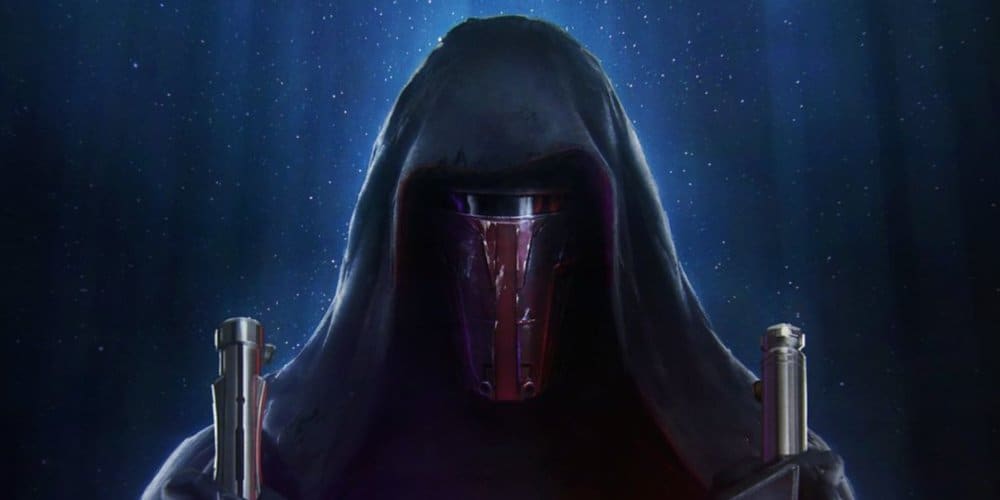 Who is Revan to the Jedi?

Even typing Jedi Order into this first section of the history of who Darth Revan seems confusing. There are a lot of unanswered questions if you only know of him as a villain. It’s true; Revan is born outside the Outer Rim and is, canonically, a male human. From an early age, his signs of force-sensitivity plunged him into Padawan training. Although Revan’s training transferred between a number of Jedi, his first Master was Kreia, a character who later experienced a similar break from the Jedi Order. Once Kreia’s exile placed Revan in the care of countless others, something became clear: this young man was one of the most promising up-and-coming Jedi. Between training periods on Coruscant and the Jedi Enclave of Dantooine, Jedi Masters began to sense something greater in Revan.

Through charisma, Revan rose to the rank of Jedi Knight quickly, gaining favor from his peers. Upon learning of the Mandalorians’ atrocities and expansion, Revan pleaded with the Council for intervention. Being supported by numerous fellow Knights paid off, Revan led a faction of Knights with technical approval by the Council for sanctioned intervention, but only on a technicality. By his side was his trusted friend and fellow Knight Malak, a sort of protogé of Revan. It’s this circumventing of the Council where we see the first divide between Revan and the Jedi Order occur.

Revan’s Turn to the Dark Side 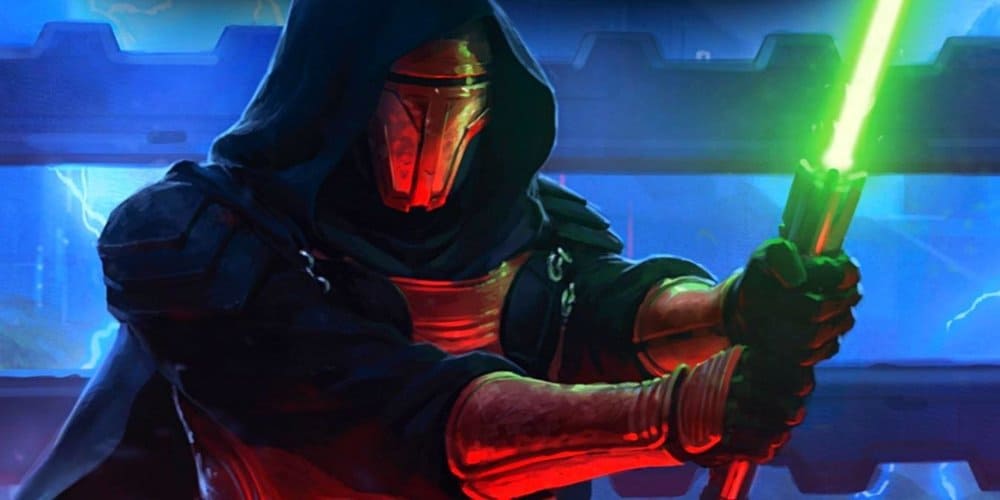 Revan proved his military prowess to become commander of the Galactic Republic forces. The Mandalorian Wars ended after the execution of Mandalore the Ultimate and the essential destruction of the militarized Mandalorian efforts. Upon victory, Revan led a third of the Republic fleet into the Unknown Regions to hunt the remaining Mandalorians who escaped. While on this victory-blinded mission, Revan and Malak encounter the Sith Empire, hidden up until this point from the Galaxy. Drawn to the Sith teachings, Revan completes a quest to acquire the Star Forge, a superweapon from the age of the Infinite Empire, and returns to Jedi civilization as Darth Revan. With his Sith Padawan, Darth Malak, Revan turns on the Jedi completely and kickstarts the Jedi Civil War.

Who is Darth Revan to the Sith?

Revan uses the Star Forge to collect a massive armada of ships and fighters to fight off the Jedi. The Republic, barely holding onto any semblance of organization or power, Jedi Bastila Shan keeps the hopes alive through careful battle meditation. The feat is enough to eventually trap Revan and Malak in a strike team campaign and take over Darth Revan’s ship. Darth Malak, feeling as if all hope is lost, takes the opportunity to turn on Revan, leaving his former Master unconscious and, as far as Malak knew, dead.

Finding Darth Revan unconscious, Shan decides to preserve the Sith Lord’s life through a strong Force bond. The decision would forever connect the two together in an incredible way. Once the Republic discovers Revan’s damage is quite significant, the Jedi Council votes to do something drastic. Taking the knowledge buried deep into Revan’s mind, the Council votes to rebuild the former Jedi into a new person by wiping his memory. 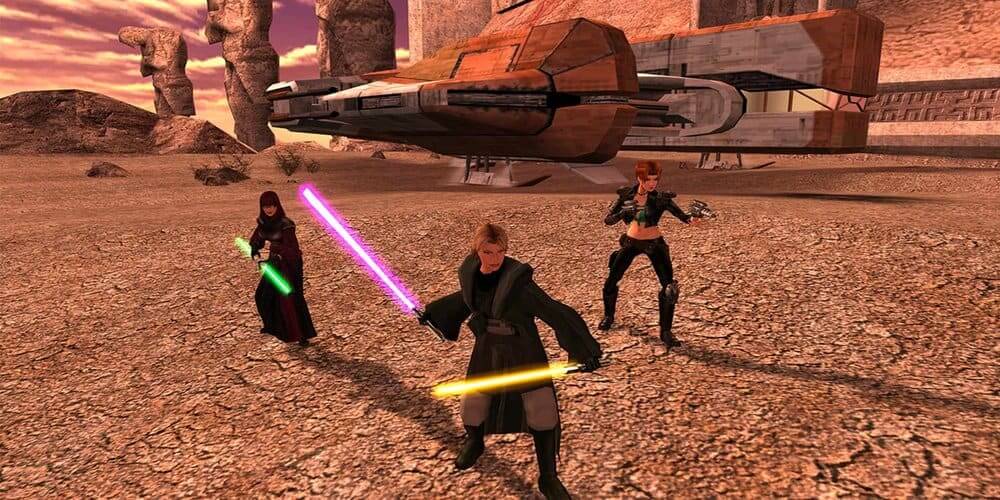 At this point, Knights of the Old Republic fans will recognize this part of Revan’s story. The plot to the 2003 game begins with Revan waking up on a ship under attack. Much like in another Bioware game Mass Effect, players could decide to play Revan as a man or a woman. Although Star Wars Legends canonically operates with a male-version of Revan, Knights of the Old Republic gave players the option. As the game progressed, players initially did not know about Revan’s Sith past, making for one explosive revelation.

After being healed, Revan rescues Shan from capture on a sort of test-mission. The Jedi decide to retrain him and awaken his connection to the force. His primary task given to him by the Council is to break up Darth Malak’s fleet. Revan and a group of fighters are able to find their way to Malak using “visions,” which are in truth Revan’s memories.

During attempts to find and destroy the Sith, Revan’s team is captured by Admiral Saul Karath, now the leader of the Sith fleet. While imprisoned, Revan’s team escapes and kills Karath, only to run into Darth Malak. Shan is captured, who Revan ends up falling in love with, and Malak reveals to the memory-wiped reborn Jedi about his Sith past. Despite losing Shan to Malak, Revan continues to reject the Dark Side and finds the location of the Star Forge. Upon arriving at the Rakata System to destroy the Star Forge, Revan finds that Shan turned to the Dark Lord, but is able to resist evil himself and turn Shan back to good. Malak is destroyed and Revan closes the door on a long battle he himself once started.

The story of Knights of the Old Republic continued in the Star Wars Expanded Universe with the Legends novel, The Old Republic: Revan. The story begins on Coruscant, two years after the events of Knights of the Old Republic, where Revan and his wife Shan live. Experiencing nightmares in the way of visions from his Sith past, Revan seeks out answers and meets a group of Mandalorians searching to find the mask of Mandalore. Originally, Revan’s attacks on the Mandalore led to the Jedi hiding the mask away. Despite finding out Shan is pregnant, Revan leaves to return the mask and find out more about his past.

During all of this, the Sith is rebuilding under a new Sith Dark Council. Scourge, a Sith warrior, is avoiding in-fighting while coming across the information of Councilmember Nyriss’ attempt to overthrow the Emperor. The two recover information of an ancient Sith Lord who fathered the Emperor, then known as Lord Vitiate. Vitiate kills his parents and is the only reason the Sith survive after the Republic’s campaign against them. Reborn as the Emperor in the ashes of the Sith, Lord Vitiate kills everything on the planet Nathema to turn life energy into power.

Revan’s Clash with the Sith 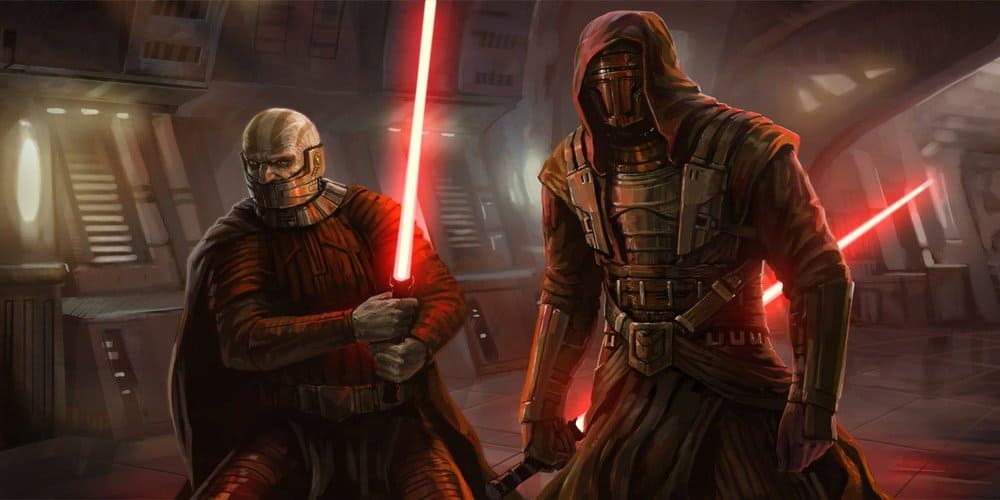 Once retrieving Mandalore’s mask is finished, Revan is attacked and captured by Scourge and Nyriss. A significant time jump leads to Revan’s droid, T3-M4, delivering a recording of Revan’s capture four years ago. T3 is accompanied by Meetra Surik. Meetra is a woman who Shan is jealous of because of the closeness she shares with Revan. Meetra is able to retrace Revan’s path and find where he is on Nathema. Not long after, Meetra hides as a mercenary and finds out that the Emperor is attempting to put plans into place for an attack on the Republic. Meetra leaks the news that Nyriss is a traitor to the Emperor, and the leader purges the Dark Council.

During the purge, Scourge and Meetra free Revan from his cell. While putting on the Mandalore mask, all of Revan’s memories return to him. The memories show Revan and Malak’s conversion to the Dark Side by way of the Emperor’s power. While revisiting his memories, Scourge and Meetra escape death at the hands of Nyriss. Interjecting, Revan kills the traitor with force lightning. The three fight their way to the Emperor. Scourge stabs Meetra and kills her, distracting Revan and announcing to the Emperor that his role the whole time was to weed out traitors for the Sith Lord. Revan is placed in a torture tank but is able to slow the Emperor’s conquest enough to ensure his wife and son never experience war. For his efforts, however, falsified, the Emperor gives Scourge the gift of immortality.

Who is Darth Revan to the Legacy of Star Wars 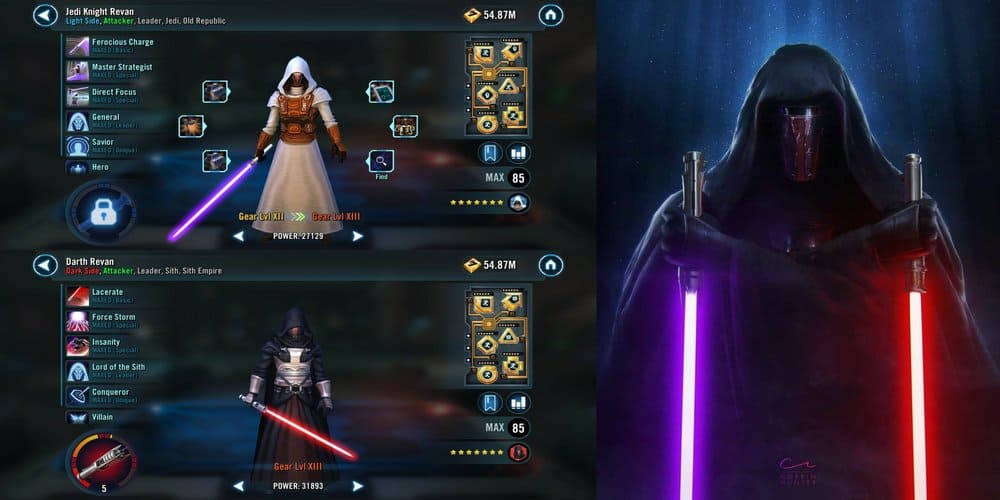 The Sith finally invade the Republic during the Great Galactic War. Nevertheless, Revan is able to convince the Emperor that peace is the best option. Following the Treaty of Coruscant, peace fails after ten years. A Force Ghost Meetra appears to a Jedi named Oteg and convinces him to save Revan. Once they free Revan, the Emperor’s focus is solely on destroying the former prisoner. Revan presents a threat due to his thwarting of the Sith’s interests. Soon after, Revan rejoins the Republic and informs the Jedi Council about everything he knows of the Sith. Revan forms a battle droid army and attempts to destroy the Emperor. Unfortunately, the Emperor acquires his own team of fighters, who reach Revan. Before facing death, Revan vanishes in a flash of light and disappears.

In a final reappearance, Revan emerges with the Cult of Revan. The group is now seeking to destroy both the Empire and the Republic. The once-renowned and redeemed Jedi now seems like a massive threat to the Galaxy. This complicated villain is also at times a respected Jedi hero. His dual roles and stories add to his allure and interest within the Star Wars fandom.

Want to see a detailed “Who is Darth Revan” article about your favorite Star Wars character? Let us know in the comments who we should work on next! Thanks for reading Comic Years for all things Star Wars, comics, and pop culture.