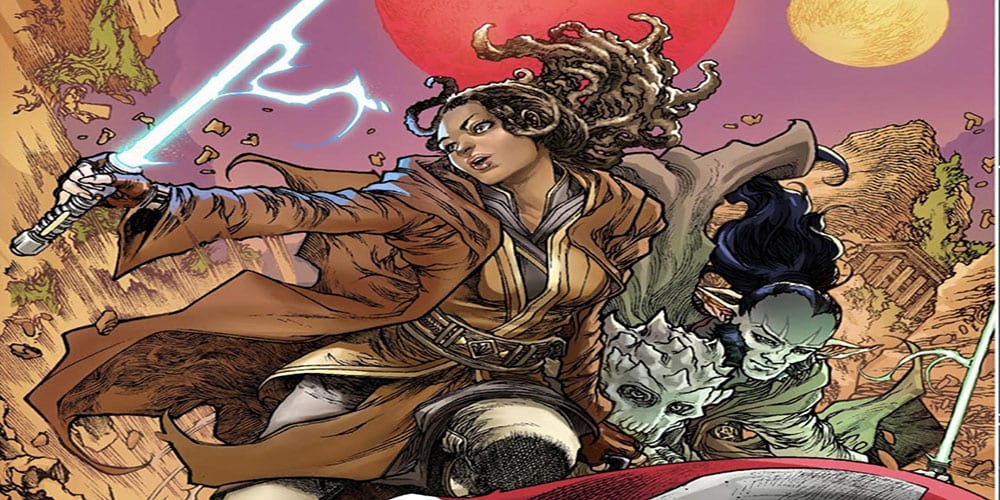 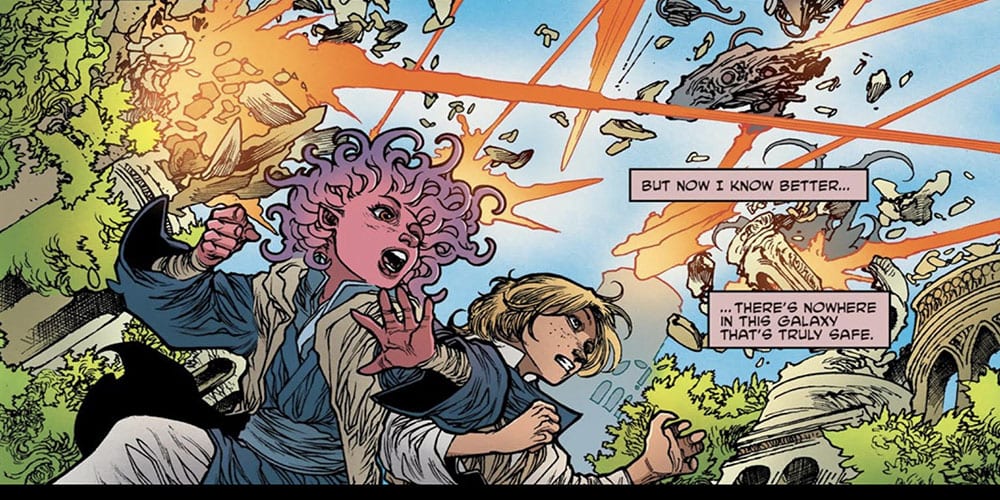 The theme of The High Republic novels, comics, and even the picture book so far is chaos. Overall, the “golden age” of the Jedi is anything but from what we see. Writer Daniel José Older takes us on a new journey in this first issue of the IDW run for the era. We begin in the Trymant System as another emergence taking place. If you read the Charles Soule High Republic novel or Emily’s review of Star Wars: Light of the Jedi, then these emergencies are familiar. A lot of the destruction is heading straight for Bralanak City in Trymant IV. The Star Hopper, a Padawan Academic Cruiser, receives the task of intercepting whatever is happening. A tall order for a group of students, huh? Well, their onboard Jedi Master believes in them. Oh, and it just so happens to be a younger Master Yoda.

Quick reminder: The High Republic Era takes place 200 years before the events of the Original Trilogy. That puts Yoda around 700 years old in this era of the Star Wars universe. Part of the fun in writing this review for Star Wars: The High Republic Adventures #1 is Yoda’s presence. I don’t know many Star Wars fans who will be disappointed to see his return. Yoda and his padawans arrive at Bralanak City to assess what’s happening. Master Torban Buck and on-planet Republic allies assess the situation as dire. The incoming emergence is the delayed fallout from the Hetzal disaster, known as the Great Emergence.

Central to the conflicts of this issue is fear. The obvious fear taking place on Bralanak City is overwhelming for the experienced Jedi Knights, let alone the padawans. Simultaneously, our two main protagonists are scared to death as well. 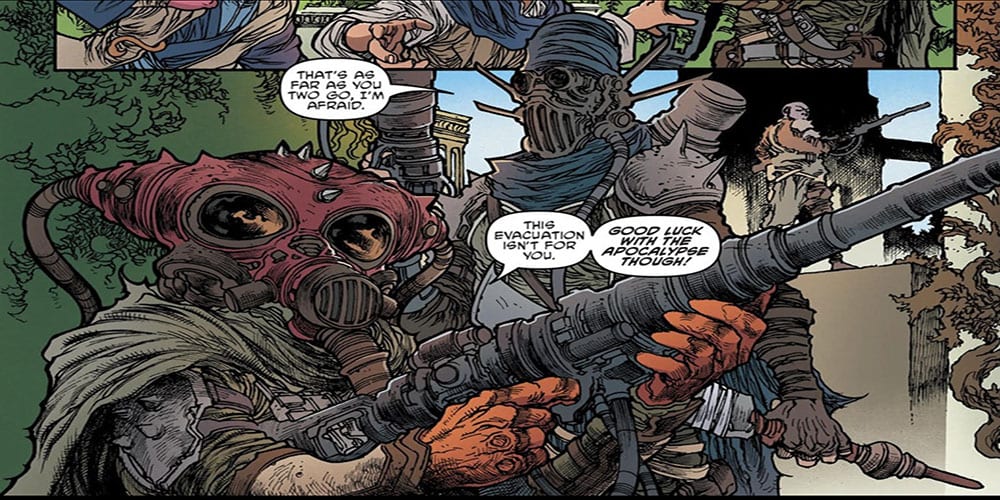 Padawan Lula Talisola, our main focus for the issue, is terrified. Her training says she’s ready for the work of a Jedi. Everything inside her, however, says things will go horribly wrong the minute things heat up. It’s a feeling plenty of us feel when encountering a new situation. On Trymant IV, another young protagonist named Zeen Mrala feels fearful as well. She’s not just seeing her home attacked by the mysterious Nihil, but there’s something else. The Elders in Bralanak City are extremely weary of the Jedi and especially The Force.

Raised to fear and loathe the mysterious Force, Zeen finds herself well versed in its abilities. Without training, she knows she’s powerful and can connect to the energy field. When things start to really fall apart, both Zeen and Lula rise to the occasion. Lula works to save hordes of people while Zeen arrives in time to see debris ready to rain down on them. In a brilliant moment beautifully illustrated by Harvey Tolibao and colored by Rebecca Nalty, the two use the force to stop impending doom. As the issue ends, the Jedi stand surrounded. The fun never ends, does it?

Overall, the issue is a wonderful debut for this new IDW series. You can find it digitally as well as in-print at your local comic book store. If you had a chance to read Star Wars: The High Republic Adventures #1, then give us your review in the comments.