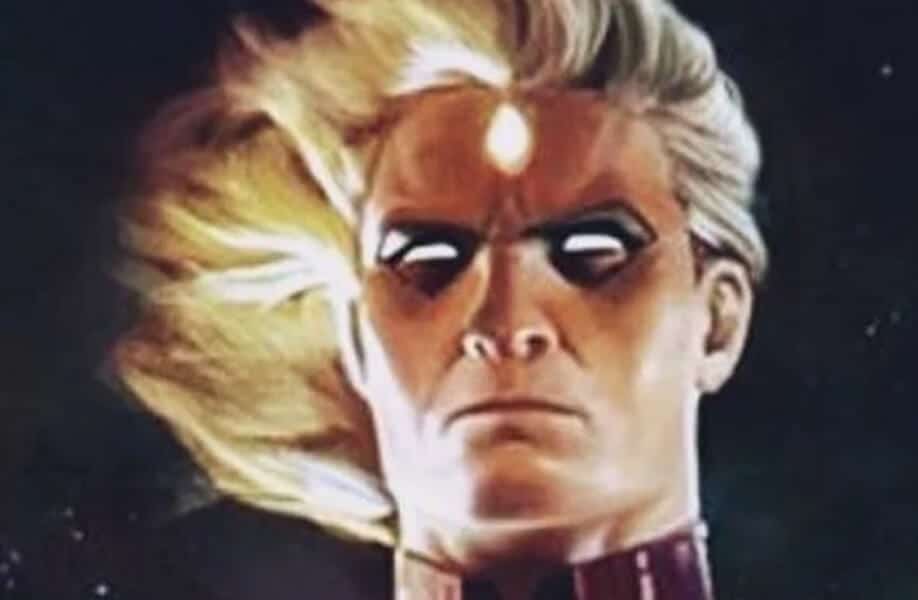 Adam Warlock, from Marvel comics, will become quite relevant after the release of Guardians of the Galaxy Vol.3. He became known in Fantastic Four and stands out from the other superheroes because of his energy-based powers. He is one of the most powerful warriors in the universe when in possession of the Soul Gem.

This character has been one of the key allies in teams such as Guardians of the Galaxy and the Fantastic Four, who frequently fight villains to protect the universe.

Despite this, Warlock’s dark side tends to endanger the Marvel Universe. And that’s when Magus, one of the most tyrannical villains, comes to the fore, so the superhero has tried to suppress that dark side, still unsuccessfully.

Who is Adam Warlock?

Adam Warlock is a character created by Stan Lee and Jack Kirby, and its primary use at the beginning was as a narrative resource. His first appearance was in Fantastic Four #66 of 1967. The story focused on a supergroup and the “Hive,” who housed a group of scientists who kidnapped Alicia Masters to contribute to their experiments.

In 1972, Gil Kane and Roy Thomas favored giving another turn to the character giving him his life, so they renamed him “Adam Warlock” for this. He was tested in two issues of Marvel Premiere Magazine.

The character, by that time, managed to have his magazine, which was unsuccessful. It was promoted by Thomas and Kane, who left in the second issue. By 1973 when issue #8 was issued, publishers canceled the magazine for good. This caused the plot to remain unfinished, which was resolved in issues of Incredible Hulk in issues 176 to 178. 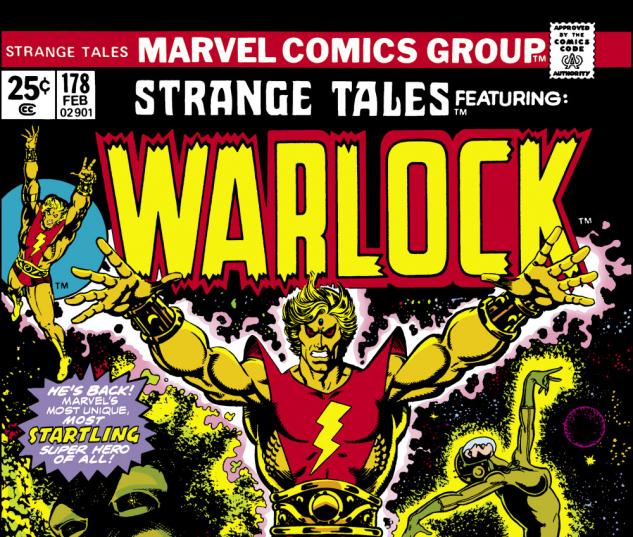 Jim Starlin retook the character in Strange Tales from issue 178. Because the superhero was beginning to gain strength, he came back after two years of the cancellation of the magazine’s numbering with issue 9.

It is here where the alter ego or counterpart of Adam Warlock’s character, his dark side, Magus, is born. From that issue on, Marvel promotes Thanos. This character had already appeared in the publication of Captain Marvel, also canceled in issue 16.

This story concludes in Avengers Annual #7, involving the Avengers. Later, it was included in Marvel Two – In One Annual #2, where Marvel also added the sagas of The Thing and Spider-Man. Thanos’s character turns to stone in these issues. As Pip, Gamora, Warlock himself, and Troll die, their souls are trapped in the Soul Gem, which is like a kind of limbo. Thus Starlin ends the stories of these characters.

Chris Claremont retakes the character in 1982 in New Mutants, where they incorporate “Magus” and “Warlock,” which have some relationship with the characters written by Starlin, Adam Warlock, and Magus, although they are different characters.

In the ’90s, Starlin begins work on the Silver Surfer series, where he uses Thanos again. In this crossover, he recovers the Infinity Gauntlet for Pip, Gamor, and Warlock. This allowed Warlock again to have his magazine, called Warlock and the Infinity Watch, where several characters appeared. This saga ended in 1995 when Marvel canceled Infinity Watch.

From now on, the character of Warlock acts as a guest in several magazines in cosmic contexts, and one of the most prominent is the 2003 magazine of Thanos.

Fictional History of the Character

The origin of Adam Warlock goes back to the Enclave, his creators. These were a group of scientists whose mission was to create a perfect human being and project humanity’s evolutionary future. The creature that Enclave generated was called “He,” and he immediately understood from the beginning the malicious use that they wanted to give for his abilities. In this way, he rebelled against his creators, hurting them and destroying the complex in which he had been confined. 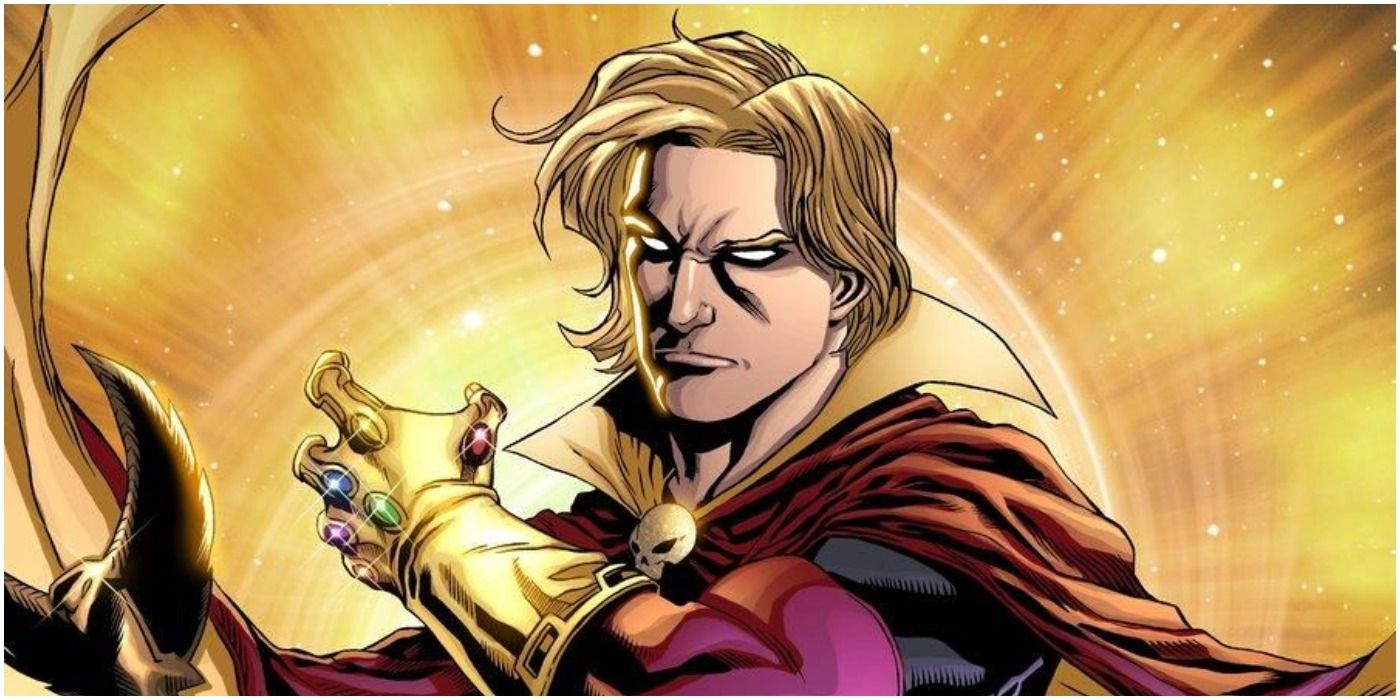 After fleeing the planet, the Watcher trapped Warlock and the asteroids destined to investigate. This led to his encounter with Thor, who tried to kidnap Lady Sif to be his companion. This fight left him on the verge of death, so he wrapped himself in a cocoon to regenerate and be reborn again.

When reborn, he met the High Evolutionary, who gave him the name of Adam Warlock, granting him a Soul Gem to correct the results of his last experiment. This was the Counter-Earth, a planet with characteristics very similar to Earth, which was created to build a utopian society. The High Evolutionary almost achieved this goal. However, the Beast Man corrupted it with his evil.

This situation led Warlock to devise a crazy plan, where he was to die and resurrect in a cocoon after three days, which succeeded in destroying the evil creature. But, when he was leaving Contra-Earth, he came in contact with Magus, the version of himself in the future. When he tried to fight him, he was unsuccessful, and in that fight, he met his allies Gamora, Pip the Troll, and Thanos. With them, he did manage to eliminate that timeline.

Thanos planned to extinguish the stars, a plan discovered by Gamora, who, trying to stop him, was seriously wounded, and Warlock found her. To defeat him, she looked for allies, locating the Avengers on Earth.

Fight for the Stars

Upon explaining Thanos’ plan to the Avengers to erase the stars from the sky, they sought to join forces to attack Thanos’ Sanctuary II spaceship. As Thanos knew Warlock well, he struck his best friend Pip the Troll, telling his plan and erasing his mind. 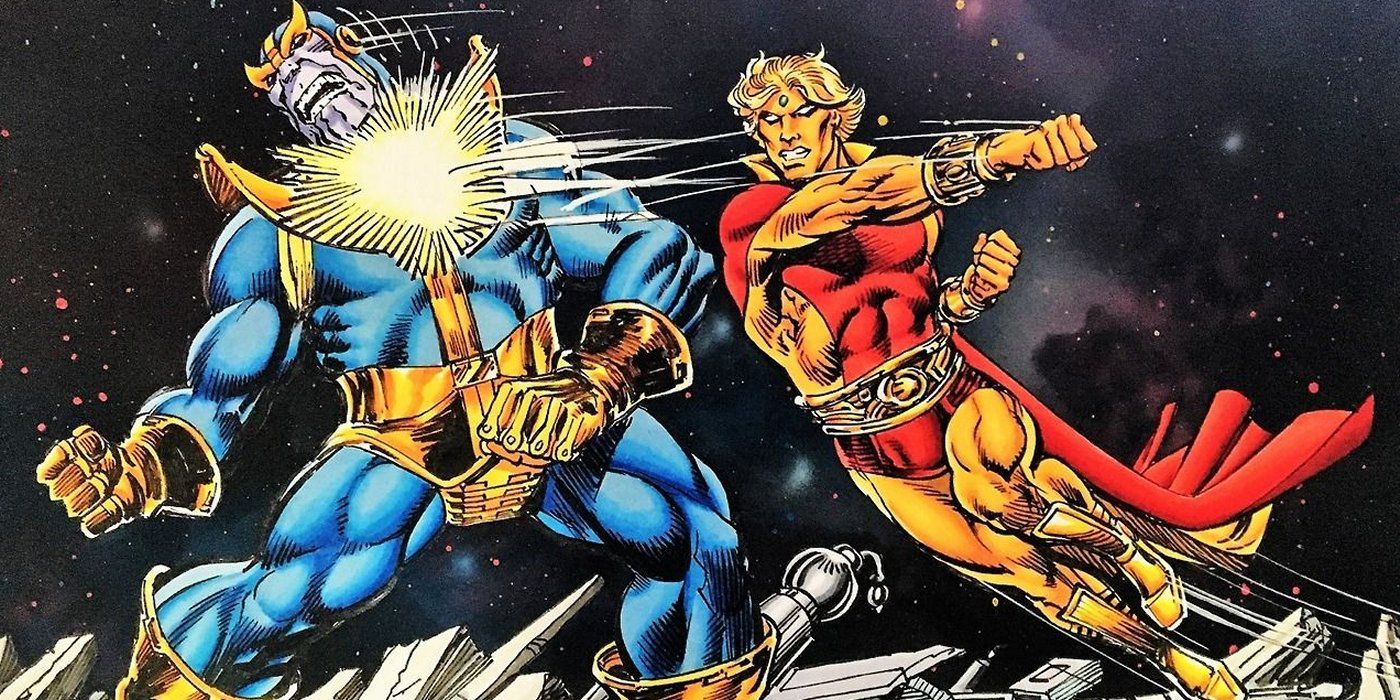 In that fight, Warlock has to hide his soul in the Soul Gem, but Spider-Man and the Thing save him. This way, he attacked Thanos with pure energy, turning him into stone.

In the Gem world, both Warlock, Gem, and Pip lived for an extended period peacefully. But this lasted until Thanos created the Infinity Gauntlet, which turned him into a two with absolute and total power. At this point, his purpose was to kill half of the universe’s beings to obtain the love of death.

After discovering his plan, Warlock must thwart his goals again. To survive, he must protect the souls of Gamora, Pip, and himself, three deceased humans. After this, and thanks to their allies, they defeat Thanos again.

Other Adventures of Adam Warlock

The adventures did not stop there. Adam Warlock continued in other activities to save the universe from the villains.

Thanks to the cosmic sense Warlock developed, he had the warning that a collapse of reality would seriously affect the universe. This leads to a visit to Eternity and Infinity to help him clarify what is happening.

With the help of Atlez, he could see the future, which was not at all promising. And it had a successful outcome thanks to the allies, Atleza assuming the mantle of Anchor of Reality, with Gamora and Warlock as protectors.

Warlock, on an impulse, traveled to the dead world Rigel – 3 until he found Thanos, where he realized that he was genuinely sorry for what happened on the planet and other mistakes. This causes Warlock to turn his back on Thanos because of his desire to defeat his inner demons.

These events make Thanos now one of the allies to defeat villains like Galactus and Hunger. His best action was to retrieve the Soul Gem for Warlock, thus helping him regain his health. This fight marked a solid friendship between the two of them.

The New Infinity War marks another stage in the life of this superhero, where in a race, villains and heroes of the Marvel Universe fight for the Infinity Gems. So Marlock locates the time gem, but realizing it is sick, he asks Stephen Strange for help because of the disaster caused by Gamora, who altered the universe. This causes several heroes to take action, and in the end, Warlock manages to give life to the Infinity Gems.

Thanks to Adam Warlock’s artificial genetic structure, he possesses several superhuman powers and characteristics, such as: 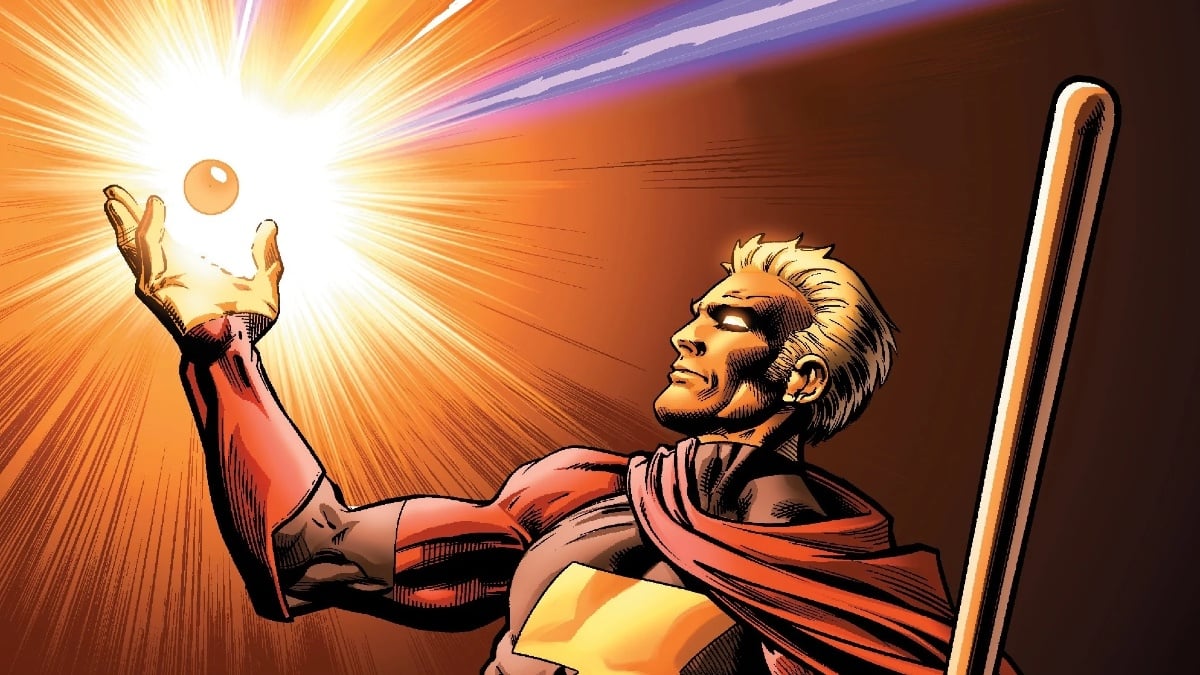 Notable weapons and equipment include:

The appearances of Adam Warlock’s characters have been diverse.

On the small screen, he has made an appearance in: Adam Warlock has several appearances in video games, such as:

On the big screen, there are several films where he has supported various teams against the villains who want to destabilize the universe, such as: 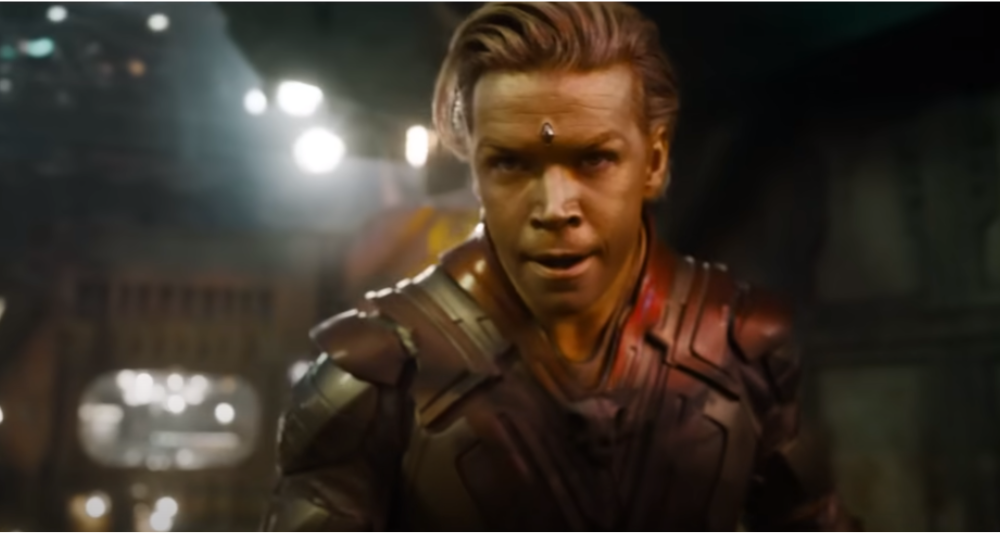 The Rebirth of a Legendary Marvel Comics Character

The new Guardians of the Galaxy Vol. 3 movie opens this May 5, 2023. The story’s plot focuses on the team of Mantis, Groot, Drax, Nebula, and Star-Lord, who get a great ship and have a mission to help other alien races.

Actor Will Poulter has been preparing to play the role of Adam Warlock in the saga. James Gunn will write and direct this movie again.

Chris Evans In Talk To Return To Marvel But Not As Captain America
Bayonetta Origins Trailer Finally Released!