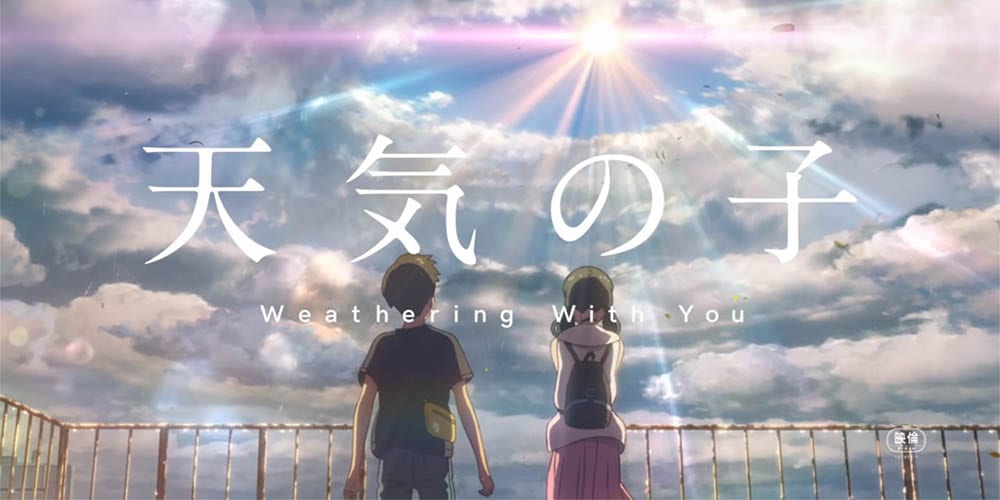 It’s tough to talk about the film Your Name these days. Overall, people still consider it one of the finest anime films of the past 25 years. If you didn’t love it, then you can at least admit others did. It stands as the highest-grossing anime film of all time as of now. Released in July 2019, Weathering With You failed to match the popularity of Your Name and its box-office draw. Now released in the West in both dubbed and subtitled formats, the film deserves more attention. In many ways, it capitalizes on the things that made Your Name great. While doing so, it allows its characters room to exist in their own version of an apocalypse. Let’s get into this Weathering With You review and talk about what makes the film special.

Weathering With You Review – Rain, Rain, Go Away 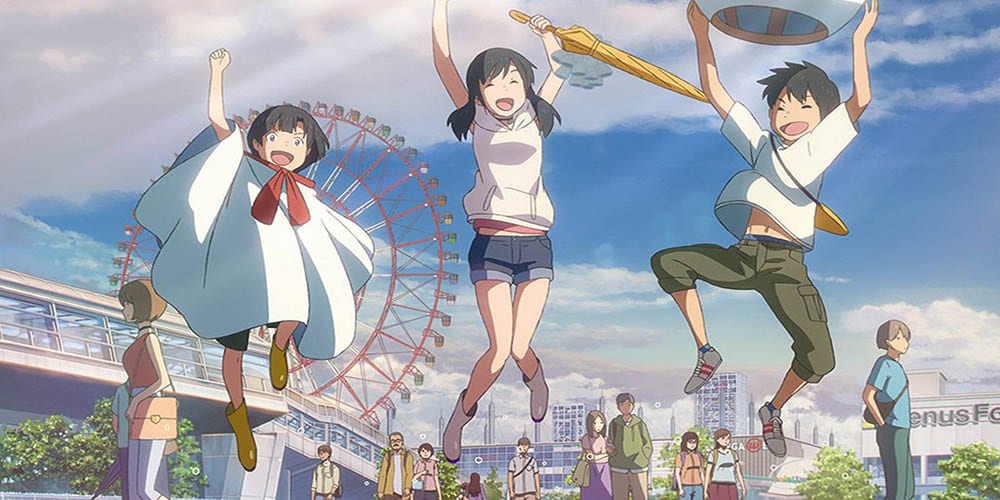 Beginning in 2021, the film Weathering With You immediately establishes a theme. Our main character Hodoka Morishima is saved by Keisuke Suga while taking a ferry back to Tokyo. Struggling to find work after going away, he’s struggling hard to find places to sleep and eat. He’s around 15 years old, which exacerbates the question as to whether or not he should be on his own. Most would argue no; that said, he seems determined to make it. A McDonald’s employee, Hina, gives him a meal one day after noticing him after frequent visits. After enjoying the meal, he finds a gun outside and keeps it, then proceeds to take Suga up on an offer for work.

The job is simple: research and write for the occult magazine Suga runs. Their next issue is going to be about sunshine girls or girls who control the weather. There’s a long history of hints and rumors that these people truly exist. Overall, Hodoka is more interested in the free room and board and food than the job. While researching one day, he sees Hina again, but she’s distressed by club owners looking to take her in for work. Sketchy, right? Well, Hodoka tries to play the hero and fires the gun to scare them away. They escape together and he learns that she is truly a sunshine girl. When praying, Hina can stop the rain for a short amount of time.

From here, the two start a business and begin using her power to help others who need the rain to stop. We have enough on the table now to talk about a few themes that I think make Weathering With You special and worth a review. 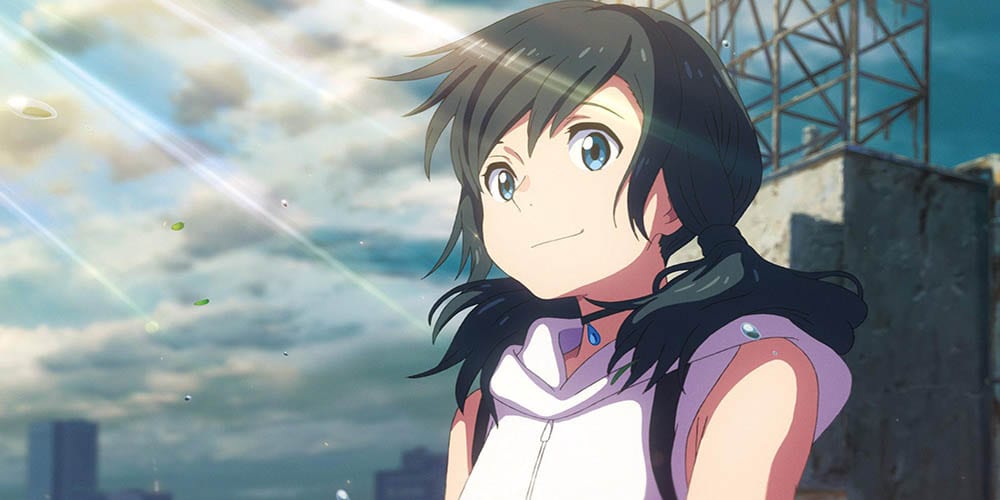 Hodoka and Hina are both struggling without parental figures. Hina is orphaned with her younger brother and they’re living on their own. Both of the main protagonists are young; each is under the age of 18. We see how they’re already starting to adapt to adult life throughout the film. This miraculous gift that Hina has is immediately identified as a way for them to survive. There’s this innate sadness to seeing Hina use her power to make a quick buck. The reasons she helps people are sound; market owners wanting a good audience, birthday parties, etc. Only, we find out that sunshine girls eventually get sacrificed to the sky for their service.

Unlike many popular anime series we’ve seen in fall 2020, anime films take more time to discuss real-world issues. The massacre of natural-given talents to survive in a tough economic situation are not foreign to anyone. We see plenty of people with talents for drawing or music chewed up and spit out by the capitalist structures they attempt to use to find security. Changing the weather is a dramatic example, but the gut feeling while you watch is the same. There are moments in this show where you just wish these two could be kids. The same sentiment goes for any adult in real life as well. Crippled by the monotony and stress of everyday life, many lose interest in their hobbies and passions. While the film’s ending offers resolution, you know things aren’t going to get easier for these two.

Weathering With You Review Score

In a perfect world, Hina could use the gift of her own volition. This might not lead her to lose it, suffer pain from it, or lose the person she cares about most because of it. This incredible film gets at the heart of what so many of us feel daily without making the film itself a drudge of emotions and heartache. While Your Name depicted a larger-than-fate love story, Weathering With You succeeds in reminding us to use what we have to enjoy life rather than let life waste it away.

I have to give Weathering With You a 9 out of 10. Shinkai nails a deeper plot and meaning in this film than in previous works. It’s astounding to see such a visionary top himself time and time again. Overall, I think this film will stay with me longer than Your Name because of its implications. The world is cruel and sometimes our best interest leads others to suffer. At the end of the day, we’re all trying our best. Keeping each other in mind is the only way we can absolve ourselves of selfish behavior and our wants. It’s human to seek out a space to explore our deepest passions and talents. Hopefully, we can build spaces in our communities and towns for this to be a reality.

Half-Life Alyx Bioshock Mod Takes Us Back to Rapture
1993 Movie Hellspawn: The Polonia Brothers Are At It Again!