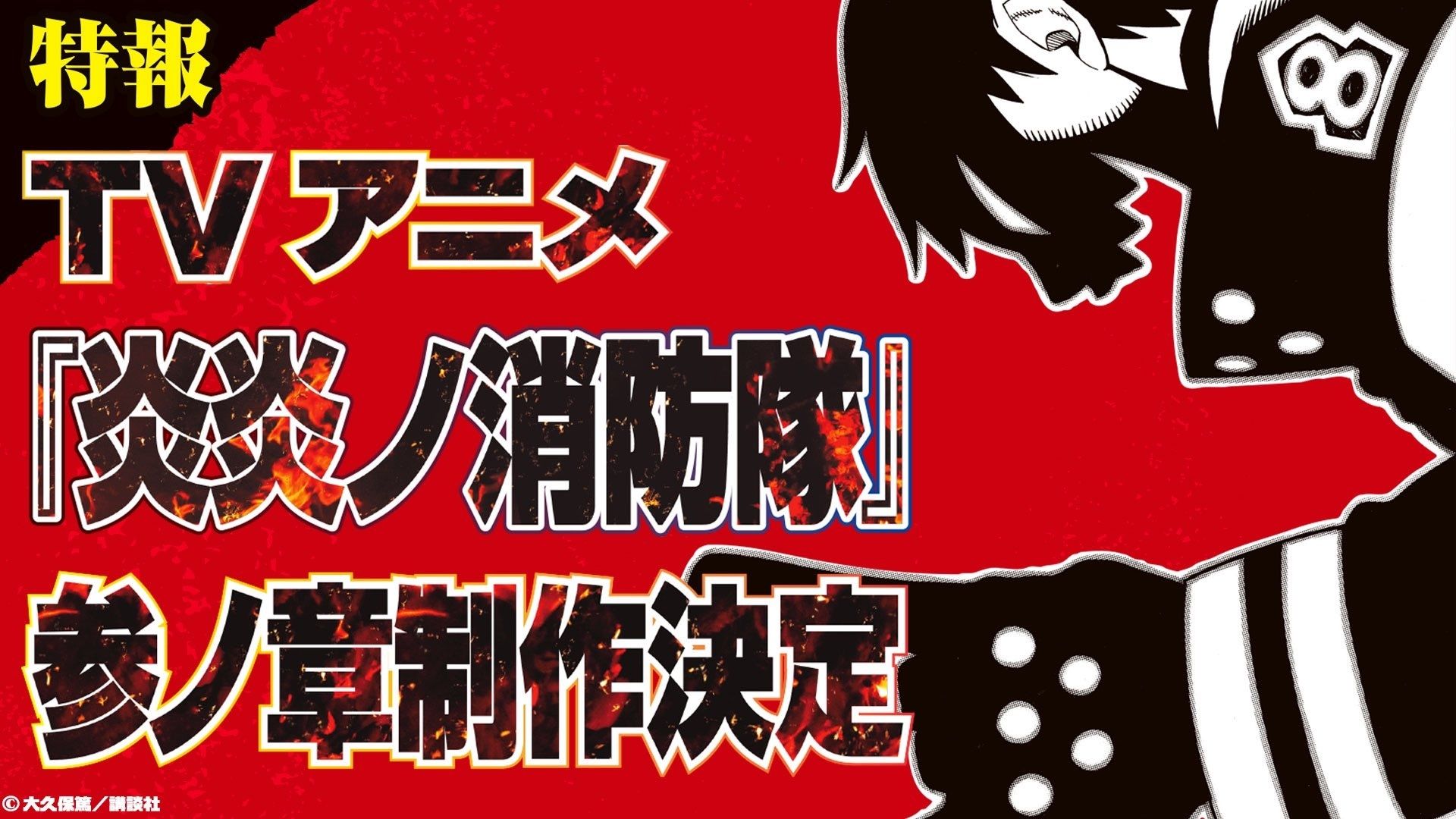 Atsushi Ohkubo’s Fire Force or Enen no Shouboutai officially launched in September 2015. It has stayed in serialization in Kodansha’s Weekly Shо̄nen Magazine until February 22. After seven years, the story finally concludes the story of Shinra Kusakabe and the Fire Force timeline. And if you’re a fan of Ohkbubo, you’re up for a treat for the manga’s ending! Here’s a hint, it has something to do with Soul Eater!

Just after the manga ended, Kodansha announced that would be an “important announcement” about the show soon. So, we guess confirming that a third season and a smartphone game on the way are solid news for fans!

For the uninitiated, Fire Force’s story revolves around a “burning” Tokyo. People in Tokyo are suffering from spontaneous human combustion. Luckily, some people try to calm and protect the city. Kodansha describes the story of the series this way:

Tokyo is burning, and citizens are mysteriously suffering from spontaneous human combustion throughout the city! Responsible for snuffing out this inferno is the Fire Force, and Shinra is ready to join their fight. Now, as part of Company 8, he’ll use his devil’s footprints to help keep the city from turning to ash! But his past and a burning secret behind the scenes could set everything ablaze. 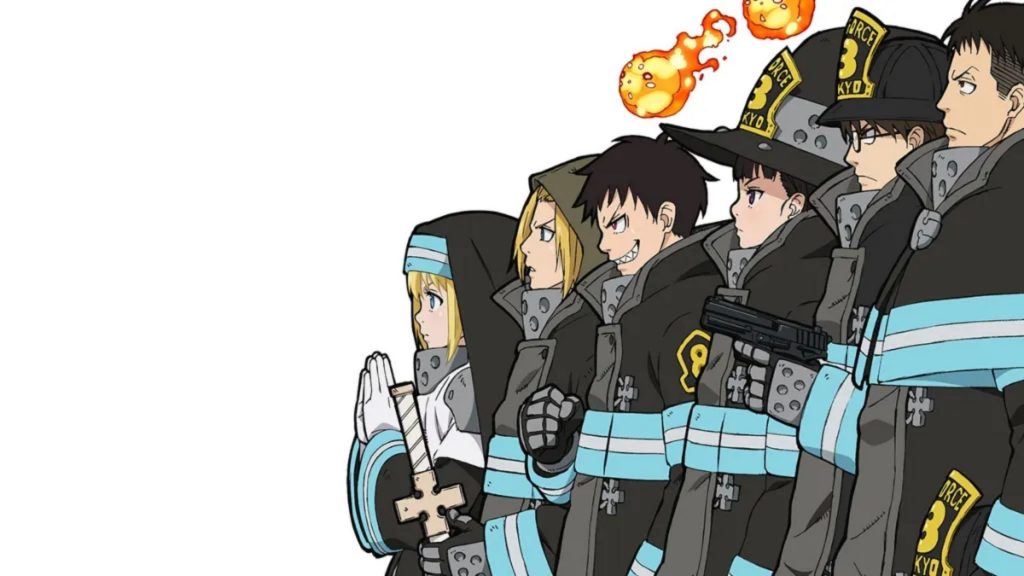 What Happened in Fire Force Season 2?

So much has happened already in the past two seasons of Fire Force. So, to keep us all in the loop, let’s have a short recap of what happened in the second season of Fire Force.

The show started with a newfound peace picking up from the apparent conclusion of the first season. Until a giant Infernal appeared to terrorize the city once again. But this Infernal is nothing compared to what Shinra Kusakabe and Company 8 have fought ever. This made them realize that there was something darker waiting for them. And they were right.

The second season of Fire Force introduced a lot of exciting and powerful characters. Inca Kasugatani and Nataku Son finally got their animation screentime as the Fifth and Sixth Pillar. Plots about the Adolla Burst, Evangelist’s schemes, and character stories are in the second season. It also showed events like Captain Hague’s death and Shinra and Arthur’s deadly training with Benimaru. Of course, there’s also the clashing of forces between the White-Clad and Company 8. 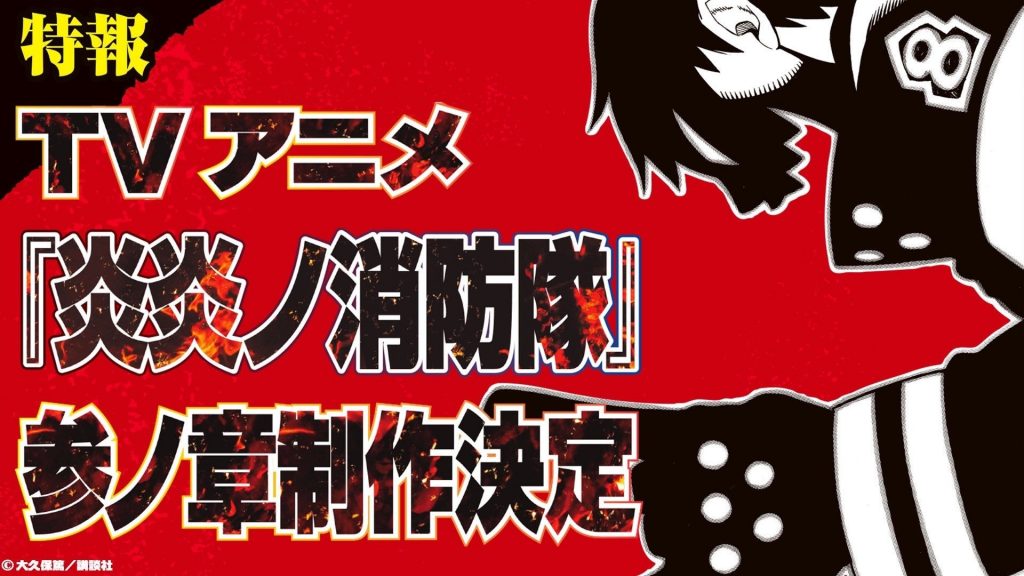 What to Expect in Fire Force Season 3?

The events of both Season 1 and 2 stayed true to the manga’s narrative. And since the manga ended this year, we can only expect the anime to adapt those pages into animation.

If you’re an avid fan of the show, you know what to expect. But if you haven’t read the manga, you might want to stop reading now because there will be some spoilers here!

With the story’s twists and turns, the Special Fire Force Company 8 became the enemies of Tokyo. This happened through the deception and influence made by the White-Clad and Holy Sol Temple. This is the premise for an all-out war and the second Great Cataclysm. 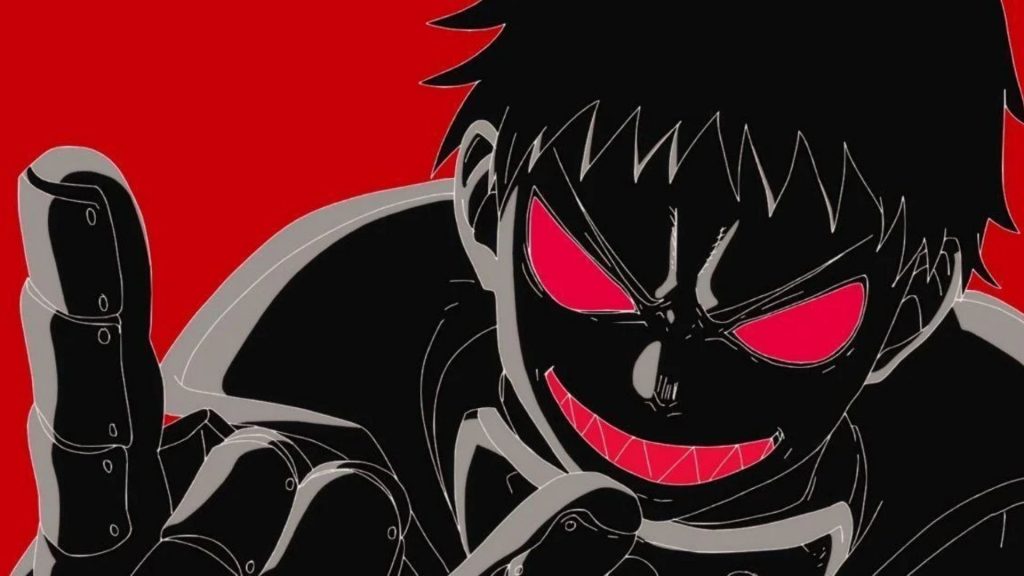 Expect great action-packed fights as well for the upcoming season. And one of the fights we’re excited about is between Captain Burns and Shinra. The history of the Amaterasu would also be a subject for Fire Force Season 3.

Many more would unfold in the upcoming third season of Fire Force Season 3. For now, while waiting for the third season, you can start binge-reading the manga. And then, share with us your thoughts in the comments!