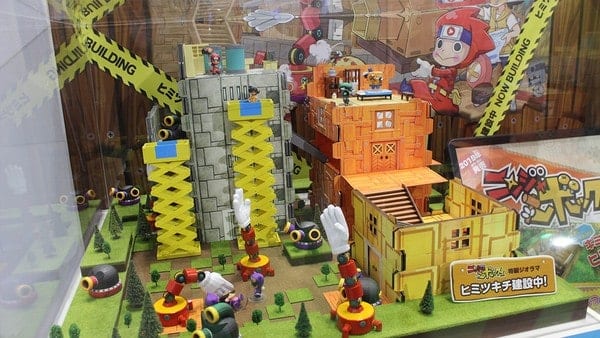 Conventions exist to show off great content and excite fans. With conventions all over the world, “cons” as they are known grow every year. More and more people get out to these events for the big announcements. Additionally, cosplay continues to dominate the convention circuit. Anime is also growing in popularity and viewership, especially with the new My Hero Academia volume. Long a favorite form of entertainment in Japan, the West is catching on. Combine the two, and you get an event that is sure to rock. Let’s take some time for an AnimeJapan 2019 review.

AnimeJapan 2019 brings all the fun of conventions to the world of anime. With more men, women, and kids watching anime, the fun has only gotten more captivating. For a lot of conventions, panels rule the weekend. For AnimeJapan, this is true as well. That’s not all that attendees look forward to, however. Costumes, anime stars, and more come out to this convention, making it one of the hottest weekends in entertainment. This year brought some great surprises and celebrations. In this article, the best of the best at the con will be highlighted.

The booth at the conference draw huge crowds. These audiences contain their excitement as best as they can, but it gets tough. There are so many great booths at the event, it can be easy to get lost in the hype. Luckily, an inside look at the convention online is a good way to see the can’t-miss images and booths. This specific event has a unique way of encouraging participation and attendance at every booth. This year, Bandai Namco stole the show. They did so by allowing guests to interact with their area in a very unique and inventive way.

The most impressive booth an AnimeJapan tends to be one of the biggest names. Bandai Namco is a world leader in entertainment from Japan. Between movies, video games, manga, and anime, Bandai Namco is a titan of industry. Best of all, they pulled out all the stops in 2019 for their booth.

The concept behind the Bandai Namco booth is themed around an airport. Each booth that covers an anime program is like a terminal. When arriving at the Bandai Namco, fans obtain a passport to mark off a box at every booth. Not only does this entertain and engage guests with each anime, but the provides a great opportunity to keep people at that area for as long as possible. With so much to see, here were the highlights of the Bandai Namco book at AnimeJapan this year.

Through each twist and turn at the Bandai Namco area, the booth begins with one of the most impressive anime in history.

For the mech boom of the 80s, 90s, and 2000s, no anime impacted the industry more than Gundam. To this day, Gundam magna and anime continue to top the charts. Not to mention, the classic stories of the series’ early years are highly considered to be some of the best ever.

The booth at AnimeJapan features Gundam art and information from over the long history of the series. Many have cited Gundam as an influence in modern works that many love. For fans of anime, a lot of the rich history of Western love of the art form starts with this series.

A newer series, Star Blazers 2202 is another highlight of AnimeJapan 2019. The series is a science fiction military drama about the future and conflict. Earth saves itself from doom by restoring the bio dome in the atmosphere. Suddenly, invaders pose a new threat. Goddesses and evil empires make this series feel like Star Wars on a much larger scale.

The series is a great way to get into some of the more sci-fi anime. Fans love the fantasy series style, but sci-fi allows worlds to come alive thanks to the animation. Fans may know the story slightly thanks to two older anime series. Space Battleship Yamato II ran on television in the 1970s, meaning many fans of anime today were not born yet. The series was popular, but the movie made it a bonafide hit. When the series came to Funimation, Westerners fell in love with the series. The same thing happened with Star Blazers 2202, which is why it an international fanbase has been established.

One-Punch Man is popular in the West thanks to the Netflix series. Season two releases later this year, so a booth area at AnimeJapan 2019 is a big draw for many fans. One-Punch Man is about a superhero who has saved the day time and time again. So much, in fact, that he is bored. His next mission is to find someone who is a worthy opponent of his abilities.

The series debuted as an online web comic, leading to a manga, then anime. To date, One-Punch Man is the most popular anime series that Netflix carries. The story is unique and exciting, and the booth at AnimeJapan was no exception. For fans awaiting the new season, Netflix is no longer carrying the series. Hulu, the popular day-after TV streaming station, carries the second season. Episodes will roll out one by one, rather than a full season drop.

Anime fans missed out on one amazing con if they did not make it to AnimeJapan this year. Of course, there will be another next year. This year, however, helped to express why anime is growing worldwide. The stories central to the medium are adventurous, daring, and full blown action-packed episodes of fun.

Bandai Namco stole the show at AnimeJapan, but make no mistake, every booth brought its “A” game. The crowds grow quite large in the more popular areas, but overall, the convention is great for those new to the experience. With so much to see and do, nobody is ever bored at AnimeJapan. That’s why it is one of the biggest conventions around the world, and draws thousands of fans every year to see the latest and greatest in anime.

This Is Us: The Show Everyone Loves
What is ‘Mario Kart 9’s’ Release Date?