A Conversation About Queerbaiting In Marvels | Comic Years

Home » Pop Culture » Is Shipping Toxic? A Conversation About Queerbaiting, Marvel, and the Need for Better Representation

Is Shipping Toxic? A Conversation About Queerbaiting, Marvel, and the Need for Better Representation

Most of us have watched a piece of entertainment and found ourselves particularly drawn to a couple within the show. Whether that pairing is actually a couple or just a couple of besties doesn’t always have to matter. Fans have taken it upon themselves to create non-canon worlds of their favorite franchises, writing lengthy and immersive fanfiction stories, creating beautiful fan art, and more. While much of these franchise devotions are harmless and used for fun, sometimes things can take a turn for the worse. Recently, Anthony Mackie addressed some of the problems with shipping (when you like the idea of two or more characters together in a non-platonic way) in The Falcon and the Winder Soldier and came under fire for what some considered insensitive. But is there truth behind it? Let’s examine queerbaiting in entertainment and Marvel, and the dangers of no representation.

Queerbaiting in Marvel – Has Our Lack of Representation Ruined Us?

The concept of queerbaiting is nothing new. This term is used to define the use of a marketing ploy that teases audiences into thinking that a romantic or sexual relationship is forming between two same-sex characters, only to ultimately keep anything canon off the screen. We’ll dig into the history of this tactic later, but let’s take a minute to examine why it is back in news headlines and within fandoms everywhere.

Marvel has recently shifted focus from big-budget movies to equally big-budget television shows. Their second entrance into the Disney+ TV world, The Falcon and the Winder Soldier, provides an interesting blend of high-intensity action sequences and tender moments of friendship. Regardless of its actual plotlines, fans were quick to ship Sam and Bucky. While there is no concrete evidence that they have any sort of romantic interest in each other, they have plenty of screen-sharing moments. Ships have been fueled by a lot less, so shippers came out in droves.

The concept of shipping has been around for as long as fandoms have existed. Practically any two characters can have fans dreaming of their eventual partnership. My personal favorite non-canon ship happens to be Stan and Kyle in South Park, which is a pairing that has an infinite amount of supporters around the world. While it may be fun to write cute stories about what could happen in their love story, some fans turn to extremes when they feel as if a couple has to end up together. 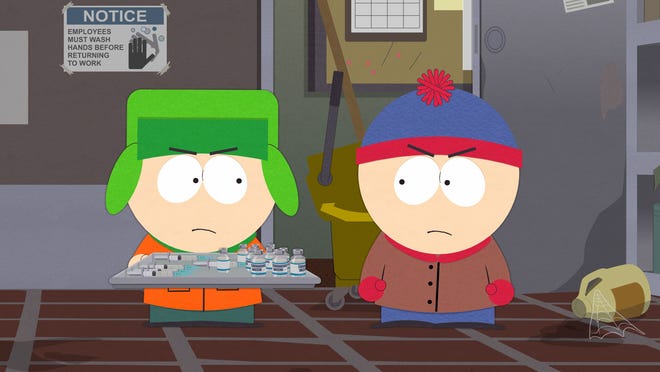 Seriously, you can ship anyone. Image via Comedy Central.

When Shipping Gets Out Of Control

There is nothing inherently wrong with wanting to people to get together in a fictional world. After all, it is fictional. These desires can’t break up actual couples, cause tension between the friends involved, or leave anybody heartbroken because they’re fake. However, the accessibility of our favorite actors, screenwriters, and directors due to our reliance on social media has started to blur the lines of what is fictional and what is reality.

Thanks to platforms like Twitter, Tik Tok, and Instagram, it’s become far too easy for shippers to take their dreams to the actors who play the roles of their ideal couple. It’s common to see fans hound actors and performers, shaming them when their real-world relationship goes against the fictional one. This can have some genuine consequences. For example, shippers went outside of the fictional world during the heyday of the internationally acclaimed boy band One Direction.

Many fans saw what they thought to be a spark between band members Louis Tomlinson and Harry Styles. This had extreme consequences, as there was no fictional show to relate it to. They were shipping real people, turning their life stories into fanfiction and art. And sadly, the pressure and eventual accusations ruined their friendship.

Because of the noise that social media makes, actors behind the roles are all too aware of what is happening with their characters. How could they not when fans are sending them memes, art, and demanding on-screen love every second of the day? In a recent podcast with Variety Awards Circuit, Mackie discussed how he feels about people who want Sam and Bucky to get together.

Notably, Mackie took offense to the way that fans see the men’s friendship as needing to be romantic. His words focused on how he desired to portray a very masculine man with a level of sensitivity that you don’t usually see on screen. Though, his wording made quite a few fans upset. “The idea of two guys being friends and loving each other in 2021 is a problem because of the exploration of homosexuality,” he explained, adding that fans tend to latch on to canon concepts and twist them.

But are fans the ones who are exploiting homosexuality, or is it the people behind the cameras? A Dive Into The World of Queerbaiting

Let’s be honest: There has never been enough queer representation in film and television, and there still isn’t. Companies continue to gravitate towards rainbow capitalism. They feature LGBTQ+ folks in their media to fulfill quotas, participate in Pride Month, and act like they’re helping to drive representation forward. But when it’s time to show up for real, who is left standing?

Many television shows and films have decided to take advantage of the desperation of many audience members who are seeking a love story that mimics what their world looks like. Some are more subtle and are easily argued away by writers claiming that they’re trying to show different types of friendships. Others are undeniable, where characters actively discuss homosexuality or opportunities for love and share more longing gazes than any straight couple within the same show.

One of the most actively discussed instances of queerbaiting is within BBC’s Sherlock. Fans maintain that showrunners actively tease a homoerotic subtext between Sherlock Holmes (Benedict Cumberbatch) and Dr. John Watson (Martin Freeman.) Hints at future queerbaiting begin from the first episode, where characters assume that the two leads are already a couple. It is continued throughout the series, using everything from lingering and loving glances to spending more time developing the characters’ identities as a duo as compared to their individual agency. Despite the clear possibility for a romantic or sexual relationship, series creators are adamant that there is nothing going on.

We have continued to see an increase in queerbaiting, especially over the past decade. Queer audiences have made it clear that they want more on-screen diversity when it comes to gender and sexuality. So, showrunners are aware that the need is present. Still, there remains rampant homophobia and transphobia around the world, and so they are all too careful to show things that wouldn’t hurt their chances of success in markets that wouldn’t accept anything beyond the straight and narrow.

Is There Queerbaiting in Marvel With The Falcon and the Winter Soldier?

Creators are aware of queerbaiting, the response of fans to queer subtext, and just how many of us are shouting into the void over having a lack of representation. Some Marvel properties have showcased queerbaiting in the past, while others have leaned into the rainbow, like with the bisexual superhero film Thor Ragnarok. The latest to be accused is The Falcon and the Winter Soldier.

How often are non-couples forced to go to therapy together? Sam and Bucky find themselves being directed to do some pretty intimate assignments. This scene has been a fan-favorite amongst shippers. Another instance of queer subtext in the show is Bucky’s throwaway line about seeing pictures of tigers on dating apps. The presence of tigers in photos is reportedly used as a trend in male dating profiles. Many people watching might not pick up on this, but queer audiences have.

It’s undeniably lovely to see male friendship on-screen. It’s an avenue that needs more dedication and can be used as a method of breaking down toxic masculinity. But in almost all instances of on-screen bromances or casual acquaintances, there are some underlying elements of queerbaiting. Showrunners, please stop.

Images via Disney Plus.

So Who Is In The Wrong For The Marvel Queerbaiting Claims?

Anthony Mackie continues to be shamed for his response to people wanting to see Sam and Bucky get together. While we do agree that there is a healthy level of shipping that can (and sometimes should) happen within fandoms, it’s unfair for actors to be flooded with these stories if they’re reaching unhealthy levels. Nobody wants to log in to social media and see nothing but a plot point that wasn’t ever intended. Was his wording off? Sure, there could have been more sensitive to fans who deserve more gay storylines. But are many people putting all of the blame on him, when it should be going elsewhere? Yeah.

We shouldn’t have to remind fans that television shows and films are fictional and that it is unfair to involve the actors in their predictions and wishes. Calling out your favorites for plotlines that they didn’t write can evolve to become unnecessary accusations. We can keep our one true pairings happily together in online art and fanfiction while also demanding change from the franchises that keep us from finding queer pairings that actually have a future.

Marvel knows that they need to make changes in terms of their queer representation. There were many pats on the back after the brief inclusion of a gay man in Avengers: Endgame. Other moments of queerness have been met with positive reception. Though, there remains one big flaw: almost every time a character isn’t straight, they are pushed to the sidelines or shown in scenes short enough to be cut out by markets that don’t approve. 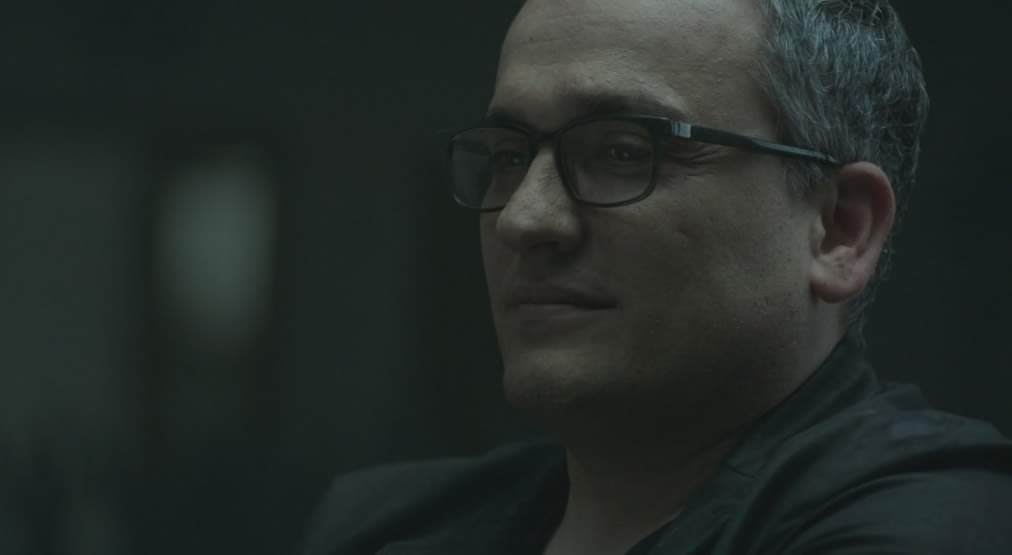 To Fix Queerbaiting Claims, Marvel Needs To Step Up Its Representation

Marvel, it’s time to take a stand. One of the best ways to combat queerbaiting is to portray more than just your token queer character. Develop love stories between characters of the same sex that are as fleshed out as the straight couples, and fans won’t have to latch on to the smallest instances of love.

The future looks hopeful when it comes to ending queerbaiting in Marvel. Characters like Valkyrie are confirmed to be queer, and will likely get their deserved screentime. Other big franchises, like the DCEU, have plenty of characters that they can develop on, like Poison Ivy and Harley Quinn.

Readers, what do you think about instances of queerbaiting in big franchises like Marvel? Do you see it as a problem that can be fixed with better representation? Drop your thoughts in the comments, and let’s get this conversation going!

A Madame X Series is Coming to HBO Max Thanks to J.J. Abrams and Angela Robinson
Tony Hawk’s Pro Skater 1+2 Switch Review – Is It Worth It?