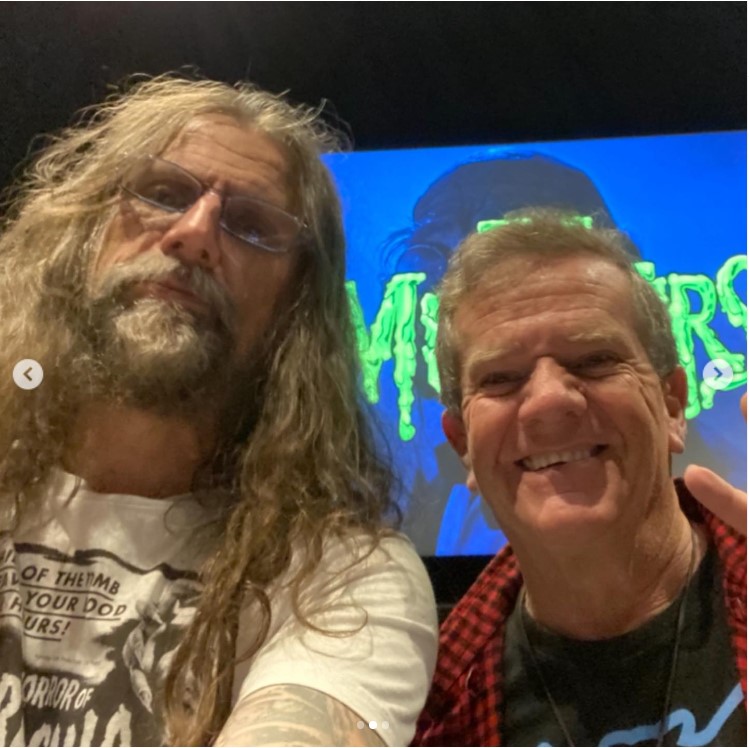 Rob Zombie is producing a remake of the 1960’s series The Munsters. He has brought in several members of the original cast for the filming, including Butch Patrick. That’s right, the actor who portrayed Eddy Munster will be in the film, although not as the wolf boy from the 60s. 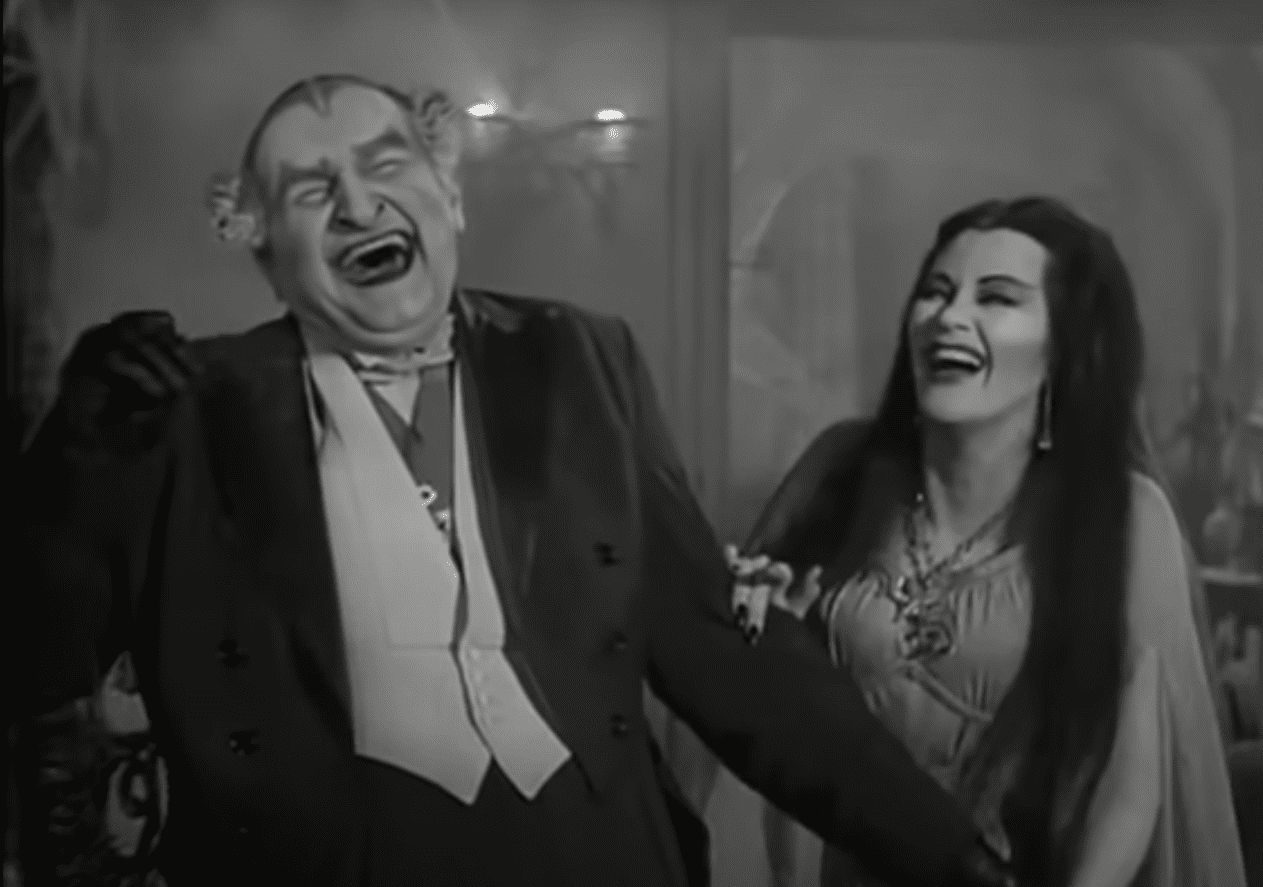 Zombie confirmed his appearance, along with other members of the series. He said he wants good chemistry throughout the set and the movie to be one of the best. Zombie clarified that The Munsters would be comedy style, just like the original series, with his Thriller touch.

Rob Zombie announced via his Instagram account the addition of Munsters star Butch Patrick to the remake movie of the ’60s series, The Munsters. Patrick will star in it, though he won’t be playing Eddy Munster. Instead, we’ll have him as the Tin Man, one of Eddy’s experiments with his grandfather.

If you haven’t seen the ’60s series, the Tin Man is a robot that Eddy created with his grandfather for a science fair. It developed several malfunctions, causing his father to come in his place and speak on stage. Eventually, they could repair it, and the robot began to make jokes on stage, causing everyone to laugh. 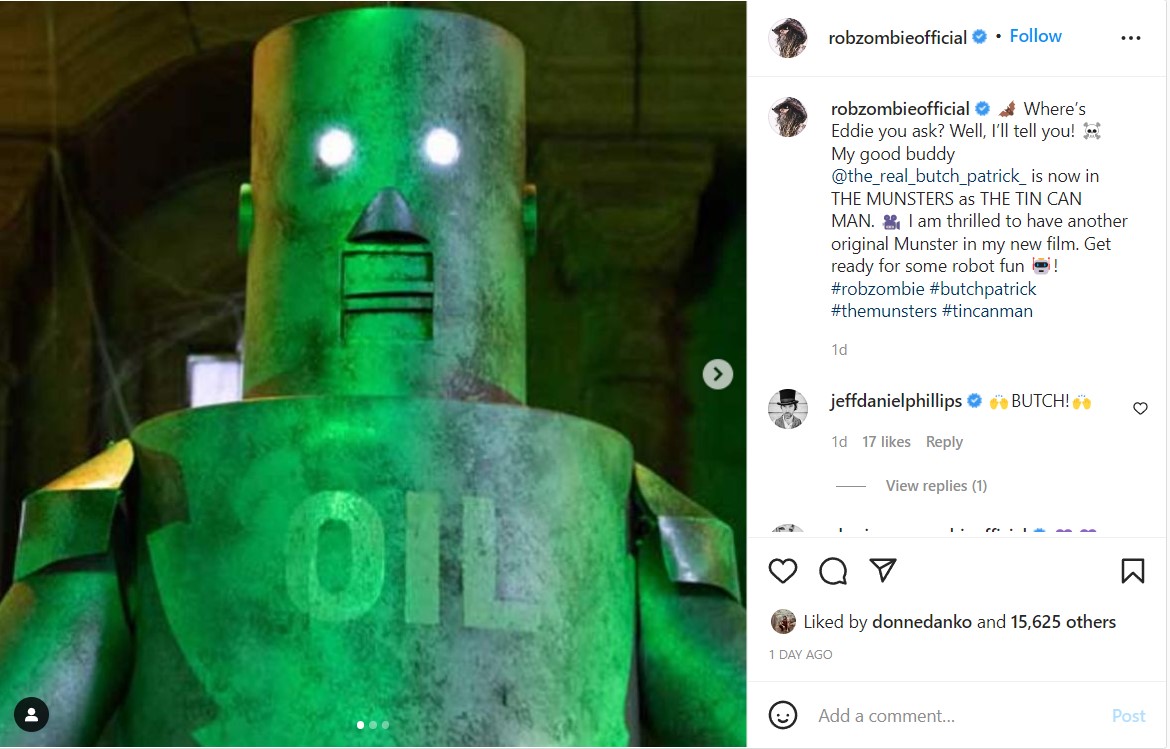 It is Zombie’s idea to cast Patrick in a character role, which he practically created in an episode of the series. It’s a bit of a paradox, but he will do it and probably give us many jokes and laughs, just as the original version of this character did.

Zombie pointed out that he had been trying to contact Patrick for this project. He needed some of the original cast to be in the production. In the end, he succeeded.

After the series, Munsters star Butch Patrick played the lead role in The Phantom Tollbooth. Another successful series with the actor was the sitcom My Three Sons, in which he frequently participated. Lately, he has been on the independent circuit of films.

What we Know About The Munsters

This is the information we have about the movie so far: First, Rob Zombie was able to get several original cast members to be in this remake. Jeff Daniels Philips will be Herman Munster, Sherry Moon Zombie as Lily Munster, and Daniel Roebuck. He also brought in Pat Priest, who played the role of the niece Marilyn, although she will not be playing it this time.

Currently is a mystery who will play the two youngest members of the Munsters family. Zombie has not made any statements on the matter, and it seems that he will use the original actors from these roles for other characters. 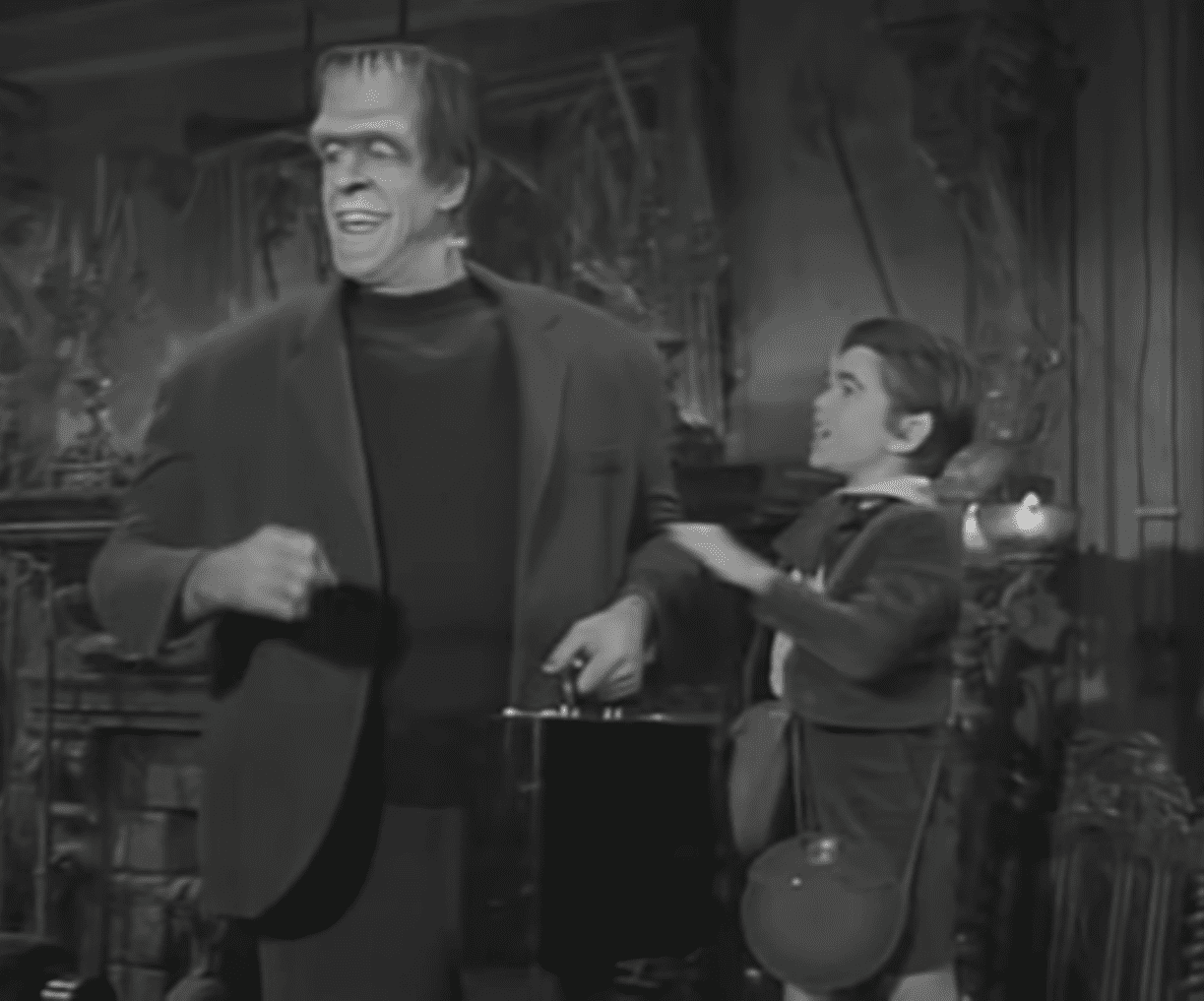 Rob Zombie was serious about reuniting much of the cast from the original production. He stated about the inclusion of Cassandra and said, “We’ve been friends with Cassandra for I don’t even know how long,” adding, “She was at our wedding; she was at Sheri’s shower. We’ve been friends with her for at least 25 years. So that was another good person that could come in and fit right in, totally familiar.”

As for the release date of this movie, there is no exact date. However, Zombie stated that it is planned for this fall. He clarified that despite the monstrous figures, the film would be rated PG or for all audiences. Zombie says it will be based more on comedy than horror.

The company that will be in charge of its transmission and broadcast is Universal 1440 Entertainment, a production organization of Universal Filmed Entertainment Group.

Expectations for this new version of The Munsters are high, considering that the original 1960s show was a fan favorite. This remake will likely bring many laughs to fans and even more to those who enjoyed the first version.