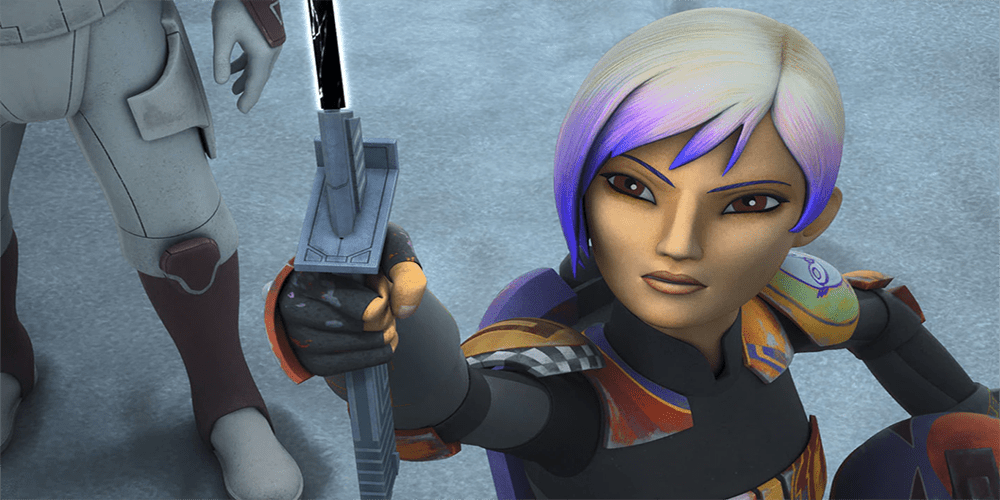 The MCU is all live-action, except for its newest series What If?… Meanwhile, some popular characters in the animated series tied to the Star Wars Universe are getting the live-action treatment. Between Star Wars Rebels, The Clone Wars series, and other one-offs and specials, there’s a treasure trove of stories to explore. In the upcoming Ahsoka series, we know one animated character is coming along for the ride: Sabine Wren. This colorful and destructive character will make the live-action jump and we now know Lucasfilm is actively casting the role of Sabine Wren. Overall, there’s still a lot up in the air. Nevertheless, it’s happening and we can’t wait to see who gets chosen. Here’s what we know so far about the process.

Who is Lucasfilm Casting as the Live-Action Sabine Wren? 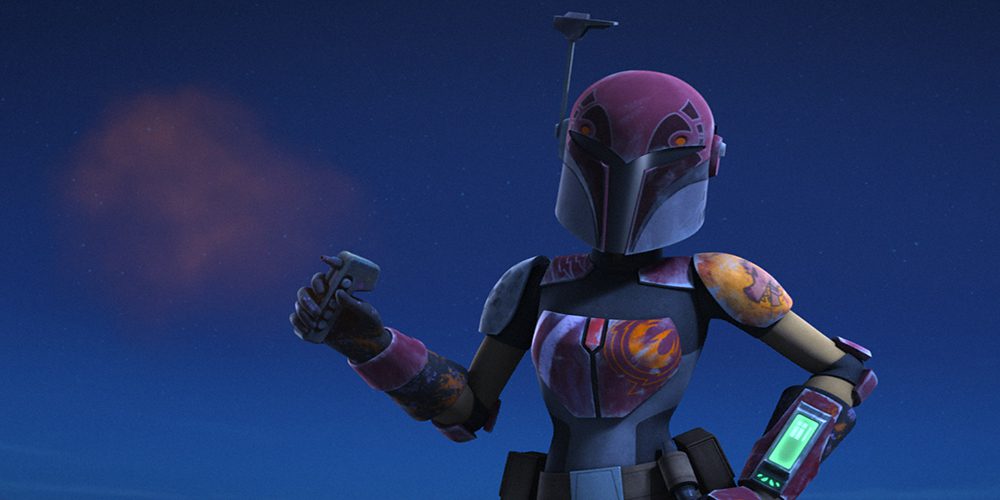 Per The Hollywood Reporter, Lucasfilm is on the hunt for a live-action Sabine Wren. The Mandalorian warrior appears in Star Wars Rebels. In the animated series, Wren is a fantastically entertaining character. She’s artistic and creative by nature and destroying everything she can with explosives is her favorite pastime. It’ll be great to pair her character with Rosario Dawson’s Ahsoka, who we met in live-action form during The Mandalorian Season Two.

Tiya Sircar voices Wren in Rebels and Star Wars: Forces of Destiny. There’s no indication that Sircar is up for the part, but it would be silly not to consider her. Sicar is a live-action actor as well as a vocal talent, appearing in The Good Place as Vicky and co-starring with Zach Braff in the 2018 series Alex, Inc. It’s likely that Lucasfilm is casting carefully given Wren’s role in the Star Wars universe. At one point, Wren holds the same Darksaber that The Mandalorian ends up with after defeating Moff Gideon.

There’s a lot of huge things happening with this Ahsoka series. We know that Darksaber plays a huge role in the Mandalorian Wars and subsequent conflicts. We also know that Lucasfilm is planning on the series to coincide with The Mandalorian and Rangers of the Republic in a sort of Arrowverse/CWVerse style event. Long story short: there’s a lot to love about what’s happening if you’re a Star Wars fan. If you have a casting in mind that Lucasfilm should consider for the live-action Sabine Wren, then drop it in the comments!

Thanks for reading Comic Years for all things Star Wars, comics, and pop culture!

Venom: Let There Be Carnage Has Been Delayed Again
Report: Grand Theft Auto Remaster Trilogy On the Way