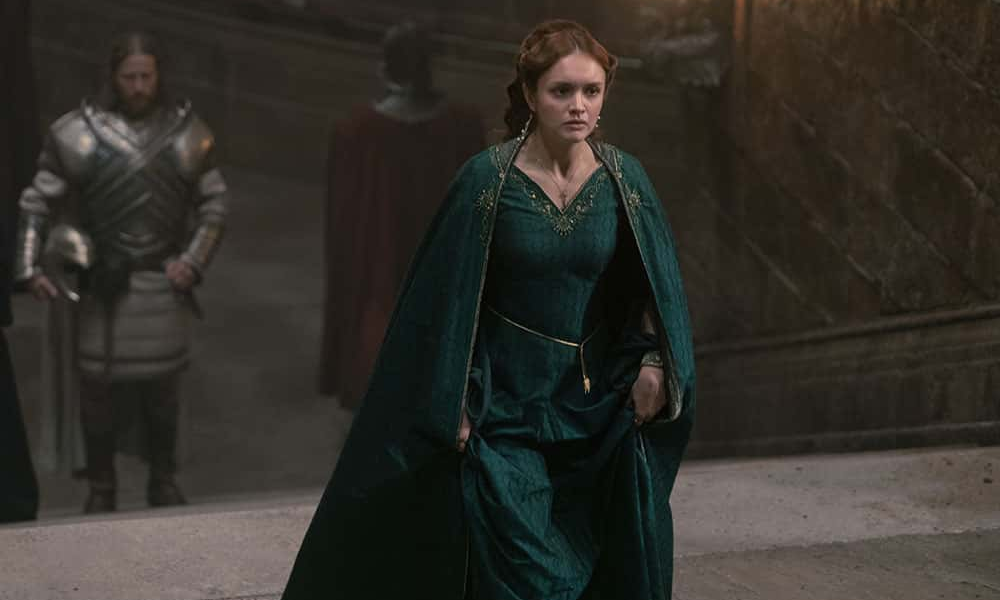 Actress Olivia Cooke, who plays the older Alicent Hightower in House of the Dragon, recounts her experience on her first day on set.

After the great run of Game of Thrones, House of the Dragon is slowly building up as today’s most-watched series. The series takes place 172 years before the Mad King’s death and the birth of Daenerys Targaryen. More so, it follows the story of how the House Targaryen rose to power, eventually leading to its great civil war, The Dance of the Dragons.

The fifth episode of House of the Dragon gave us the Green Wedding. And in the true fashion of Game of Thrones, it didn’t end well. Realizing that she’s been lied to, Alicent makes a bold statement, finally accepting her role in the forthcoming civil war.

The last episode would also be the last time we’ll see the young Alicent and Rhaenyra, as we’ll skip a decade later in Episode 6. And the trailer for Season 6 has already hinted to us many things. This includes the coming of age of Aegon II and the growing tension between Rhaenyra and Alicent.

As we bid farewell to Alcock and Carey, we welcome new sets of actresses who’ll portray these pivotal characters. Emma D’Arcy comes in to play the older Rhaenyra. Meanwhile, Olivia Cooke portrays the older Alicent. Now that we’re halfway through the series, we’ll see more tropes of betrayal and political schemes in the upcoming episodes. 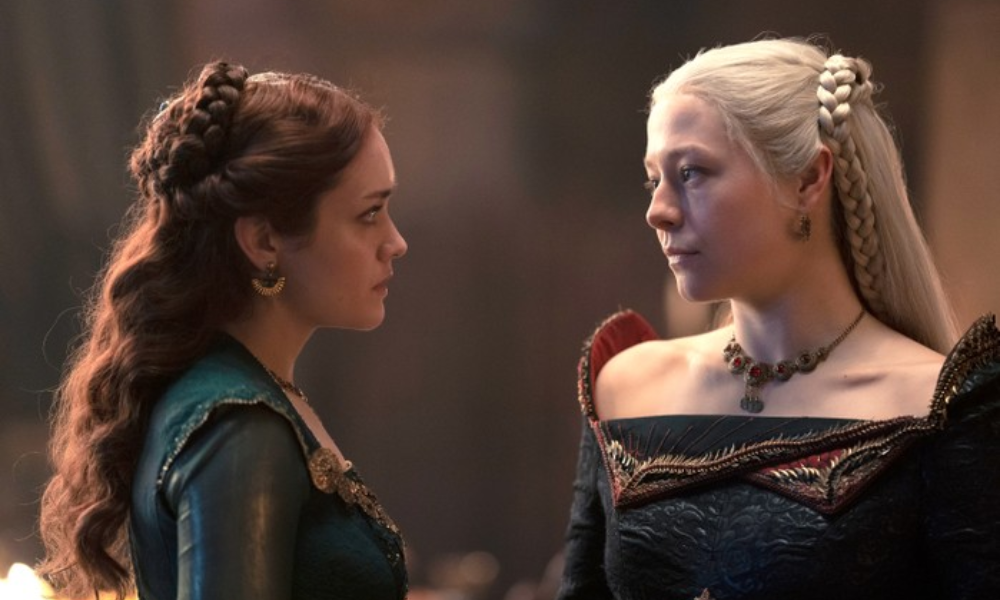 Ahead of her first appearance in the series, Cooke looks back on her experience on her first day on set in the HBO series. The actress appeared on Jimmy Kimmel Live to share her rough experience on her first day on set. She recounts that she was very hungover and managed to chip off one of her front teeth the night before. Screenrant provides the full transcription of her statement below:

“It was amazing and I was very hungover. Really bad, actually. Really bad. And I never do that, but there’s this comedian in England who I love, Alan Carr, and he’s got a podcast. He invited me to be on the podcast and I was very excited. And my call time the next day wasn’t until 11 so I brought a bottle of wine just as a gesture and the podcast finished and we’re just chatting, chatting, chatting. He’s telling me loads of gossip. More wine, more wine, more wine. I don’t remember getting home. I remember, I tipped my head down to put my hair in a pony, fell over. And then I woke up the next day and I had a chip in my tooth. Very slight chip but enough that the tongue magnifies it. And you’re like, ‘What have I done?’ No one knew on set, until now.”

Despite her unfortunate experience on her first day, Cooke guaranteed that the chipped tooth was unnoticed by the crew and the staff. Let’s anjust say she took a rather odd way of celebrating her first day at work.

Cooke was part of Steven Spielberg’s science fiction film, Ready Player One, in 2018. She also starred in the drama film Sound of Metal which premiered at the Toronto International Film Festival in 2019. Now, she’s part of the Game of Thrones franchise as she plays the matured Alicent in House of the Dragon.

The sixth episode, entitled “The Princess and the Queen,” will likely focus on the rift between the two former friends, Rhaenyra and Alicent. House of the Dragon streams exclusively on HBO Max.