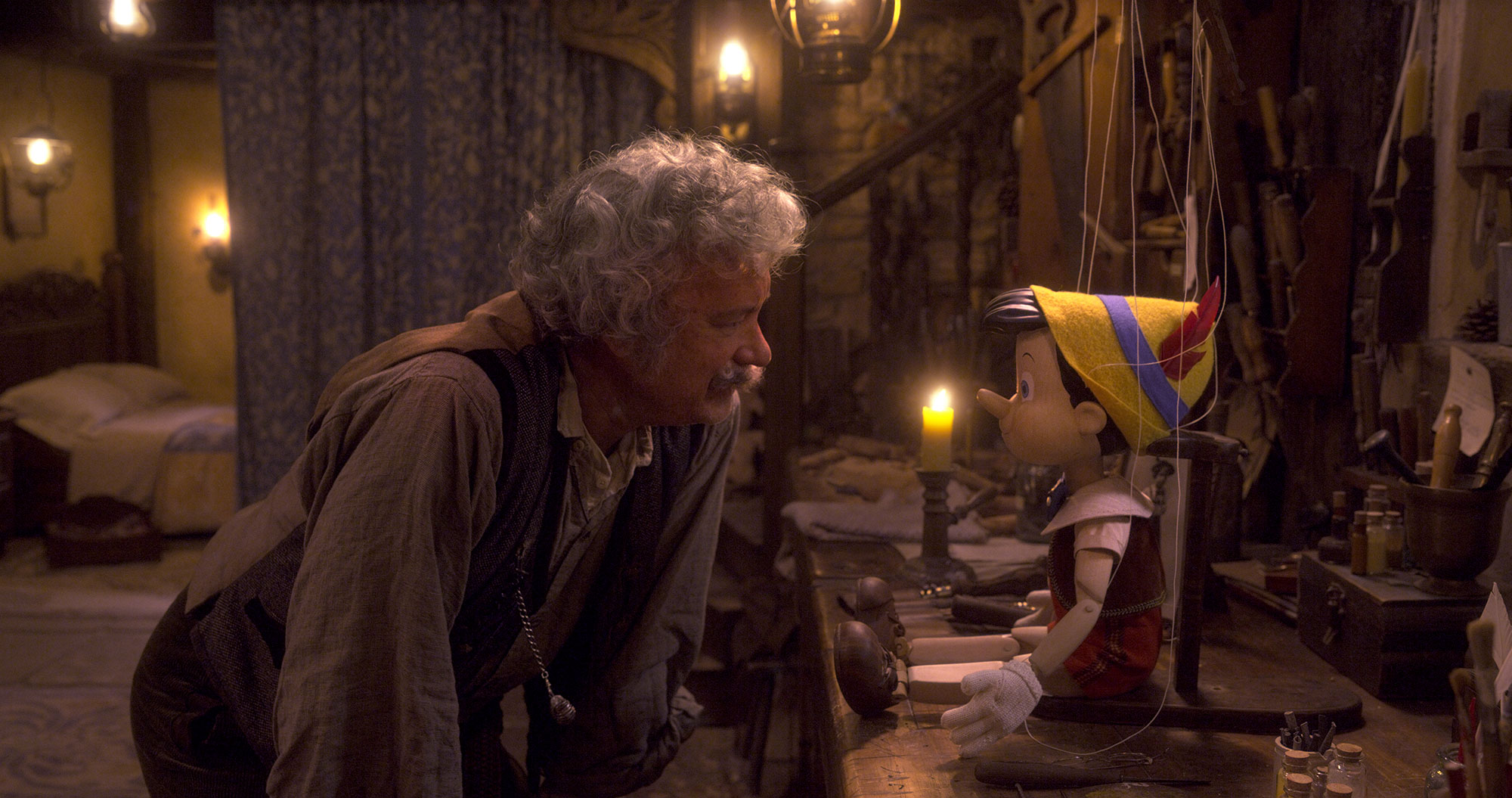 One of Disney’s most iconic movies will soon have its live-action remake. Disney has already shown us they can make great live-action versions of our favorite classics. We saw it with Beauty and the Beast, Dumbo, Aladdin, The Lion King, and Cruella. This time it will be Pinocchio’s turn, bringing Jiminy Cricket, Geppetto, Figaro, and Pinocchio live to our screens.

The release date was also announced, with the movie’s teaser trailer showing a small part of what we will see in the film. We see the different characters, such as Gepetto, played by Tom Hanks, and Cynthia Erivo, as the Fairy Godmother.

Pinocchio will be the new remastered Disney live-action movie. Disney had not released a version like this since last year.

Disney released the new teaser trailer for Pinocchio on its Twitter account, revealing several film details in 1:43 minutes. At the beginning of the teaser, we hear Gepetto saying the phrase from the original animated film, “Star light, star bright, first star I see tonight, I wish I may, I wish I might, have this wish I wish tonight.”

Then, the fairy godmother’s light rays turn Pinocchio into a living doll, who must prove he has the mettle to be a real boy. We can see other characters such as Jiminy Cricket, Pinocchio’s conscience, who advises him throughout the film. We also see Honest John, Figaro, and Chloe, among others.

Next, the teaser trailer shows Pinocchio’s arrival at the game’s islands on the boat. We also see Pinocchio in his adventures while trying to return home. Furthermore, we see Geppetto at sea, along with his cat and goldfish, looking for his son while a pigeon propels his boat.

The trailer ends with Jiminy Cricket chasing Pinocchio, running away from pigeons and other animals trying to eat him, and the fairy godmother freeing Pinocchio from a cage.

Mixed Reactions from the Fans

Many fans have liked the new teaser trailer, its graphics, and other elements. However, social media is always filled with controversy and fights, and this time is no exception. After Disney revealed the image of Cynthia Erivo as the Fairy Godmother, certain Twitter users criticized the fact that a person of color was playing her. They pointed out that Disney should have picked a white woman to play this role, alleging that the animated character is blonde. 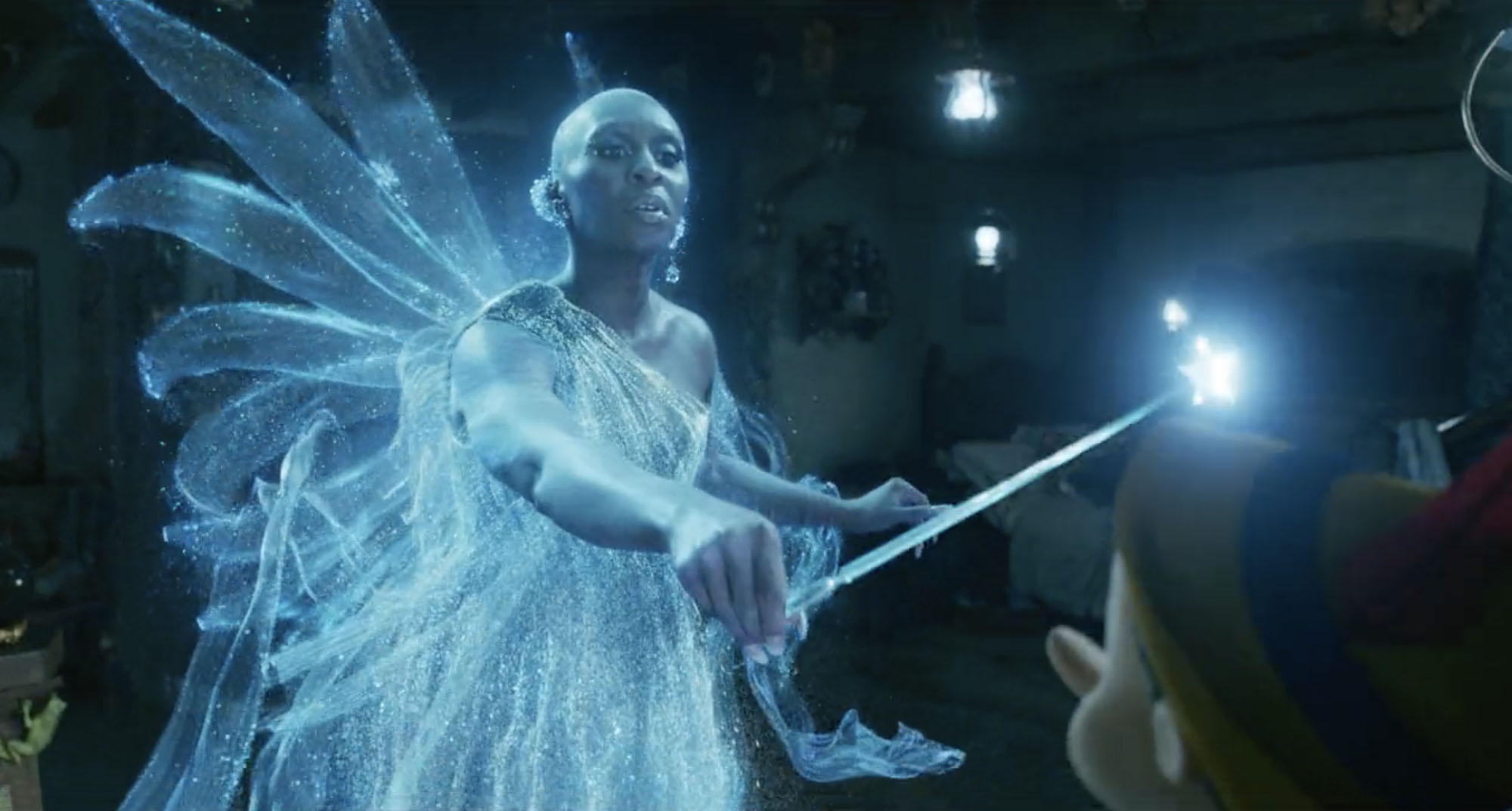 On the other hand, many fans supported Cynthia Erivo. They remarked how positive it is to see more people of color integrated into these films. For many fans, inclusion is a point in favor of fighting against racial discrimination worldwide, and they claim that Disney made the right decision by choosing Erivo for this character.

I get what Disney is trying to do with the race changing but just why, they should just introduce new characters or side characters that are less critical to the movie and change their race instead of a big character like the blue fairy

How does the blue fairy’s race change the character? Did the blue fairy have some large monologue about their European heritage that largely impacts the movie? pic.twitter.com/viZspNlaBn

The live-action version of Pinocchio will premiere on September 8 on Disney’s streaming platform, Disney+. At the moment, Disney has not declared if it will also come out in theaters, which was the case with Aladdin, The Lion King, and Dumbo.

Robert Zemeckis and Tom Hanks directed Pinocchio, and the latter portrayed Geppetto. The cast also includes Cynthia Erivo as the Fairy Godmother, Benjamin Evan Ainsworth in the voice of Pinocchio, and Joseph Gordon-Levitt playing the voice of Jiminy Cricket.