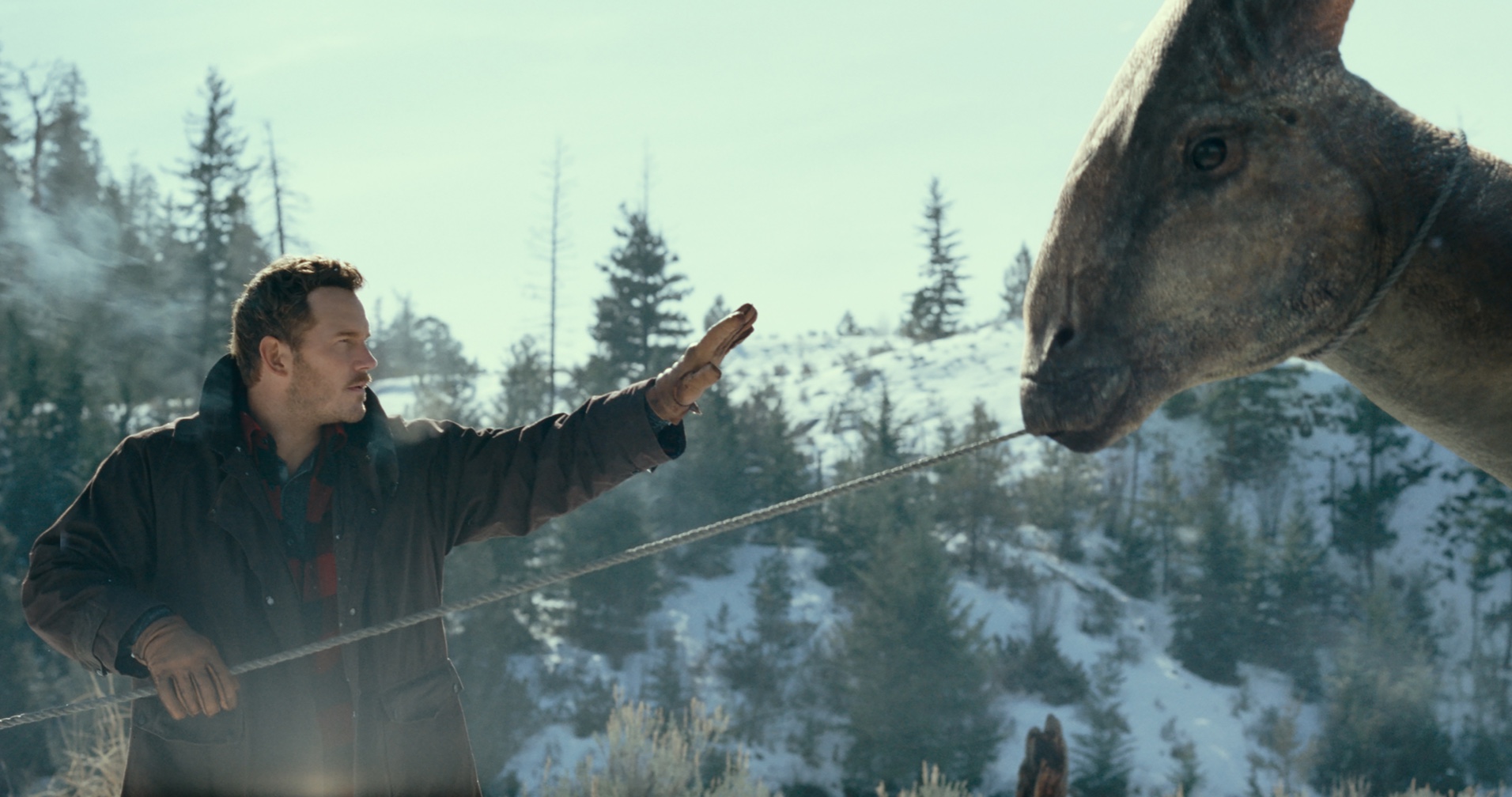 The original Jurassic Park cast has reunited ahead of the release of Dominion, the newest installment in the franchise. Actor Jeff Goldblum took to Instagram to share images of Sam Neill, Laura Dern, and himself together in the lead-up to the film’s release. The trio officially reunite for Jurassic Park: Dominion.

The images were taken as part of a promotional event for the film, which reunites the actors for the first time in decades. While the new trilogy of the franchise focuses on new characters, it looks as though Goldblum’s, Neill’s, and Dern’s characters will feature prominent roles in the newest film.

At least, that’s according to recent statements made by director Colin Trevorrow.

Fans of the franchise have called for the original Jurassic Park cast to reunite for years. That’s grown especially louder as each of the actors became increasingly popular in the wake of the original trilogy.

Once the new trilogy was announced, these calls exploded. It’s only been with Jurassic Park: Dominion that it’s finally come through, however. In the wake of filming, star Jeff Goldblum has shared images of himself, Laura Dern, and Sam Neill at a promotional event.

It appears to be the first time they’ve appeared together at such an event in decades. In the caption of the Instagram post, Goldblum simply stated “REUNITED.” It looks like the actors were as excited to reunite as their fans were.

The trio will reprise their roles from the original trilogy in Dominion. They’ll be joined by Chris Pratt and Bryce Dallas Howard, the leads of the current trilogy. 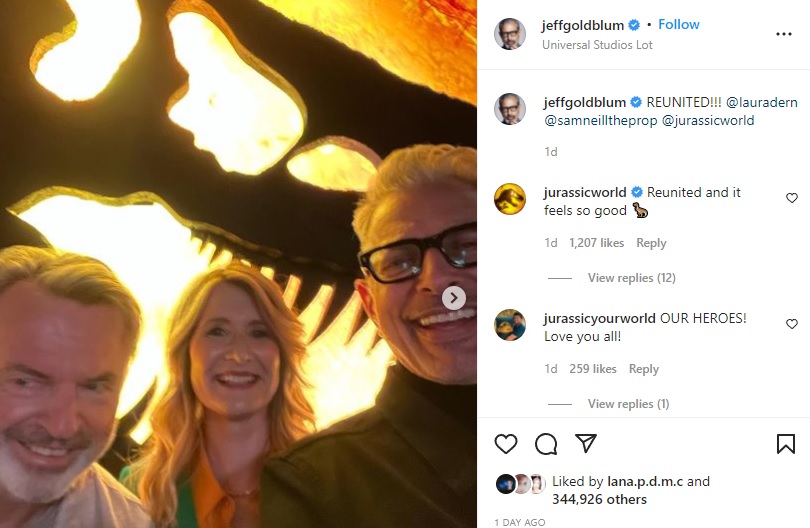 The appearance of Jeff Goldblum, Sam Neill, and Laura Dern marks the first time that the original Jurassic Park cast has reunited in decades. While the trio have appeared in several franchise-related films in recent years, these have been cameos and haven’t featured the other actors.

Though fans of the newest films might assume that their characters would take a back seat to the newest round of protagonists, that doesn’t appear to be the case.

“Laura, Sam, and Jeff have as much screentime in the film as Bryce and Chris do. They’re not together the entire time, but we are following both of their stories equally, and you have a sense that they’re going to collide at a certain point… there’s this tension. It’s not structured necessarily in a way that we’re used to seeing our Hollywood movies structured. But it works.”

Details of Jurassic Park: Dominion’s plot remain relatively thin, but a marketing onslaught should begin relatively soon. Watch this space for more details as we know them.

Jurassic Park: Dominion will be in theaters on June 10, 2022

Jurassic Park: Dominion takes place four years after the events of Fallen Kingdom. It sees the prehistoric creatures inhabit the world at large. Previews and snippets of the film show that this will have disastrous consequences.

What do you think of the original Jurassic Park cast reuniting? Let us know in the comments!

I Am Legend 2: The Sequel Will Unite Will Smith And Michael B. Jordan As Stars and Producers
America Chavez’s Creator Opens Up About The Characters First MCU Appearance